Omayra Sánchez Garzón was a 13-year-old girl living peacefully in Armero, a town in Tolima, Colombia, with her small family. She could never have predicted that the natural disaster that was about to strike their town would become one of the deadliest in human history. The disaster descended upon them suddenly, silently, and with devastating force. 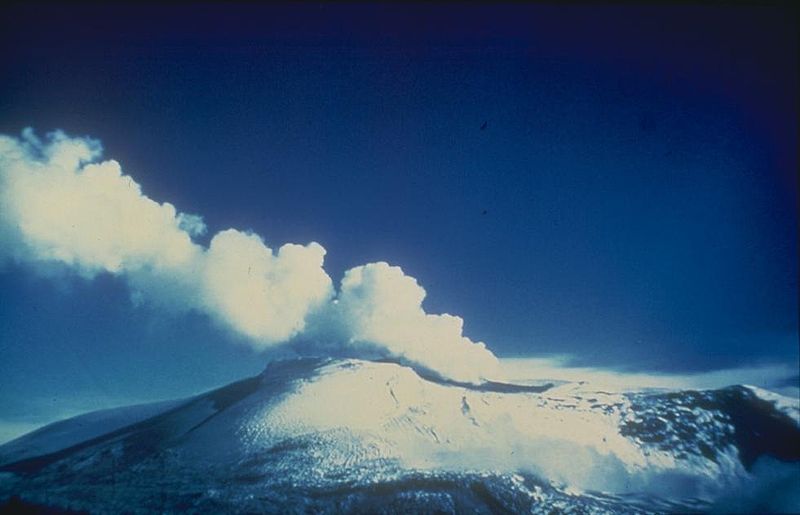 On November 13, 1985, Nevado del Ruiz, a small volcano located near Armero, erupted, producing a massive lahar of volcanic debris mixed with ice that buried and destroyed the entire town of Armero and 13 other villages in Tolima, resulting in an estimated 25,000 deaths. This tragedy, known as the Armero Tragedy, is the deadliest lahar in recorded history.

The Fate Of Omayra Sánchez

Before the eruption, Sánchez was at home with her father, Álvaro Enrique, who collected rice and sorghum, her brother, also named Álvaro Enrique, and her aunt, María Adela Garzón. Sánchez's mother, María Aleida, had traveled to Bogotá for business.

On the night of the disaster, when the sound of the approaching lahar was first heard, Sánchez and her family were awake and concerned about the ashfall from the eruption. However, the lahar was much larger and more devastating than they could have imagined, and it quickly hit their house. Sánchez became trapped under the chunks of concrete and other debris that had come with the lahar, and she was unable to free herself. 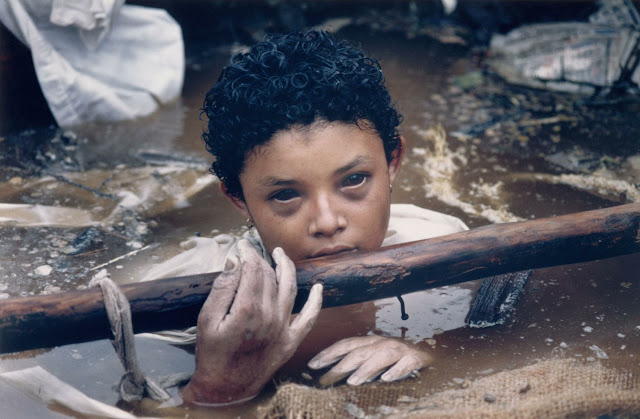 A photograph of Sánchez taken by photojournalist Frank Fournier shortly before her death.
Advertisement

For the next few hours, Sánchez was covered in concrete and mud, but she managed to get her hand through a crack in the debris. When rescue teams arrived and a rescuer noticed her hand protruding from a pile of debris, they attempted to help her but realized that her legs were completely trapped under a large part of the roof of her house.

There are conflicting accounts of the extent to which Sánchez was trapped. Some sources claim that she was "trapped up to her neck," while Germán Santa Maria Barragan, a journalist who was working as a volunteer in the aftermath of the disaster, stated that she was only trapped up to her waist.

Sánchez was unable to move from the waist down and was partially trapped under concrete and debris, but her upper body was free. The rescuers worked to clear tiles and wood from around her body for the duration of one day.

After freeing her upper body, the rescuers tried to pull her out, but they found that it was impossible to do so without breaking her legs.

As rescue workers tried to pull her out, the water level around her continued to rise, and it seemed that she would drown if they continued their efforts. As a result, they were forced to place a tire around her body to keep her afloat.

Later, divers discovered that Sánchez's legs were trapped under a door made of bricks, with her aunt's arms tightly clutched around her legs and feet.

Despite her dire situation, Sánchez remained relatively positive, singing to journalist Barragán, requesting sweet food, drinking soda, and even agreeing to be interviewed. At times, she expressed fear and prayed or cried. On the third night, she began to hallucinate, saying, "I don't want to be late for school" and mentioning a math exam.

Why Was It Impossible To Rescue Omayra Sánchez?

As the end of her life approached, Sánchez's eyes became red, her face swelled, and her hands turned white. At one point, she asked the people around her to leave so that they could rest.

When rescuers returned hours later with a pump, they attempted to save her, but her legs were bent under the concrete as if she was kneeling, and it was impossible to free her without amputating her legs.

Without the necessary surgical equipment to treat the effects of an amputation, the medics were left with no choice but to allow her to pass away, as it would be more humane. 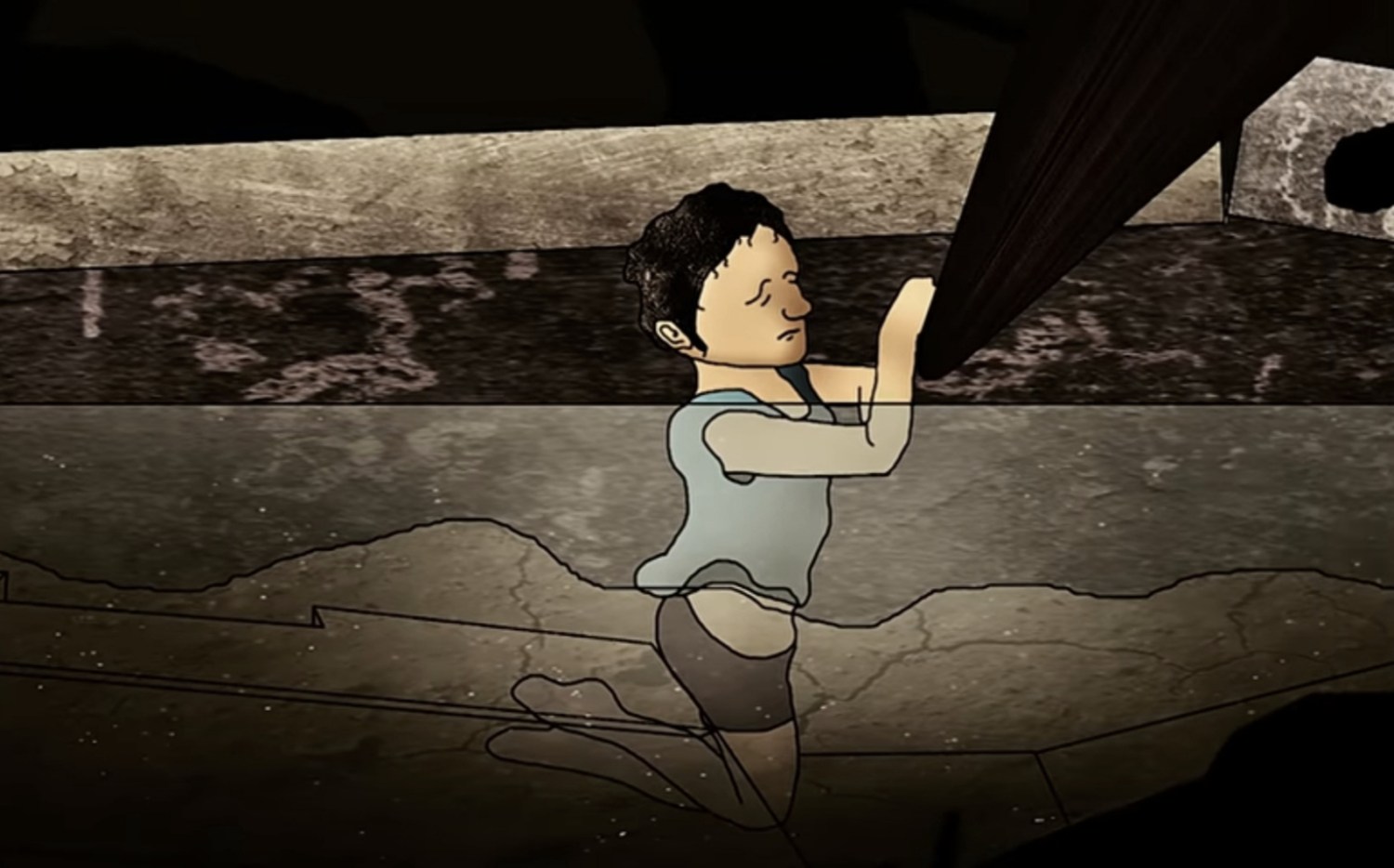 Sanchez's legs bent under the concrete as if she was kneeling it was impossible to free her without amputating her legs; YouTube
Advertisement

Sánchez endured nearly three unbearable nights (over 60 hours) before she passed away at around 10:05 AM on November 16th, likely from exposure, including gangrene and hypothermia.

The Last Words Of Omayra Sánchez

In her final moments, Omayra Sánchez was recorded saying, "Mom, if you are listening, and I guess you are, pray for me so that I may walk and be saved, and that these people help me. Mommy, I love you and dad and my brother, goodbye mother."

Omayra Sánchez In The Social Culture

The bravery and dignity displayed by Omayra Sánchez touched the hearts of millions of people around the world. A photograph of Sánchez, taken by photojournalist Frank Fournier shortly before her death, was widely published in various news outlets and later recognized as the "World Press Photo of the Year for 1986."

Today, Omayra Sánchez remains a positive and unforgettable figure in popular culture, remembered through music, literature, and various commemorative articles. Her grave has become a place of pilgrimage.