Lolo Jones has had a remarkable career as a hurdler, earning numerous gold medals in US athletics. Despite her success in that event, at the age of 40, she made the decision to switch to the sport of bobsleigh and joined the US bobsleigh team.

Her determination and hard work paid off as she achieved gold at the World Championships and competed at the Olympics. This transition made her one of the few athletes to excel in both the summer and winter games.

However, her intense dedication and strong religious beliefs have affected her personal life, specifically in terms of her love life. Jones has been candid about her desire to wait until marriage for sexual activity and to start a family.

In 2012, she publicly announced her virginity on Twitter, and later discussed it in an interview on HBO's Real Sports with Bryant Gumbel.

During the interview, Jones revealed that her choice of abstinence was the most challenging thing she had ever done.

"It's just something, a gift I want to give to my husband," she said. "But please understand, this journey has been hard.

"There's virgins out there, I'm gonna let them know, it's the hardest thing I've ever done in my life.

"Harder than training for the Olympics, harder than graduating from college, has been to stay a virgin before marriage."

Jones later acknowledged that publicly admitting to being a virgin was a mistake, as it significantly affected her romantic relationships.

Speaking to Kevin Hart on his Cold as Balls podcast, she said: "That was a mistake. That killed all my dates after that — like didn't even have a chance. Like before, at least I had a chance.

"Before, I'd like, tiptoe, 'Okay, when's a good time to tell him? Do I wait until he sees my personality a little bit? Or do I just drop the bomb?'" And she told the comedian that not having sex actually impacted her sporting career.

"I have a higher level of intensity because I don't have any pressure release. Everybody knows me as stressed out," she said.

"Having sex actually helps you as an athlete, a female athlete. It's good for your hormones. So I'm running at a disadvantage."

Feeling a sense of urgency, last year Jones began the process of freezing her eggs after receiving the news that her egg reserve for her age was considered "great". 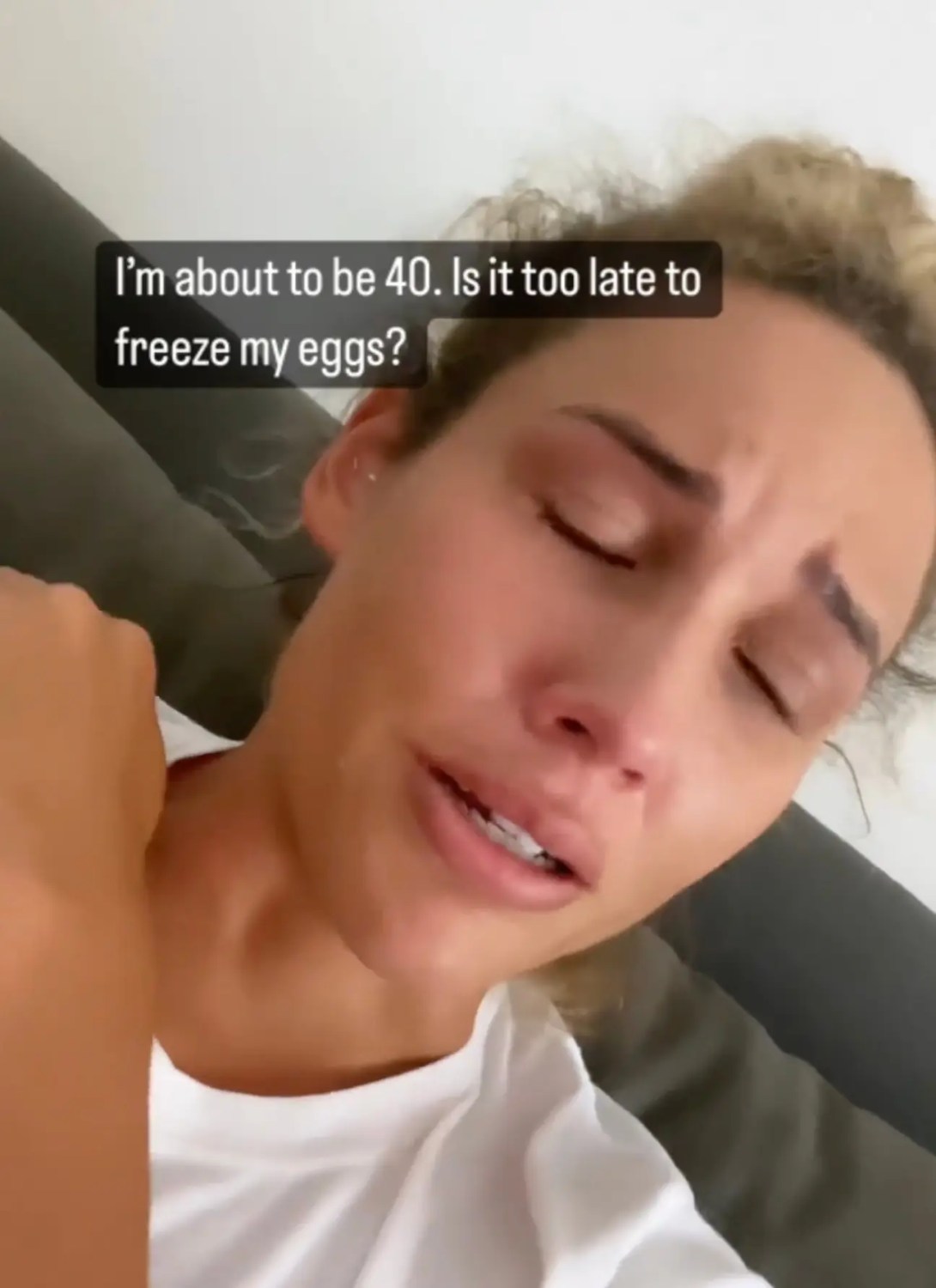 "I have made the right move to prepare for a family if me and my husband want to try to have kids one day, we have options," she said in a post to Instagram.

"No one should be shamed for taking their time to figure out who their life partner is.

"A woman shouldn't be shamed for wanting biological kids or wanting to know what it's like to be pregnant and carry her own child."