Looking for a birthday present for your almost ex-wife? Cardi B just got a sweet ride from Offset. Perhaps more exes should treat their former partners the same?

Back in September, Cardi B filed papers to divorce Offset, and the final decision will be made on Nov. 4, 2020.

But, since this couple loves to play the on-again-off-again game, a new Rolls Royce might help turn the pending divorce into something more festive.

Cardi B was celebrating her 28th birthday in Las Vegas. The Migos rapper and soon to be the ex-husband paid a surprise visit.

As any admirable guest, he brought a gift - a Rolls Royce truck. Pretty cool, especially when you hear what happened next.

Cardi was thrilled, and she started kissing Offset, as people around them were screaming "Take Him Back" and "black love."

The couple shares one child, and she's obviously the apple of their eyes. So, Offset bought his daughter an $8,000 Rolls Royce car seat. To match with her mother's new ride.

It's unclear where the couple stands, though the rapper wrote on the image-sharing website:

HAPPY BIRTHDAY, @iamcardib you are an amazing woman you the best! Me and Kulture are proud of you!!!

Overcame every obstacle in front of you they was all sleep at once, then you woke the world up! Thank you for being 1000% every min I known you live it up enjoy keep f****** balling I'm lucky. (sic)"

A source straight from the Vegas party said:

They were very into each other, and it seemed like they were on great terms. Cardi was in a great mood and was so happy. There was no drama, and it was a great group of her closest friends.

Why did they part ways?

A $300K Rolls Royce truck with a custom car seat for their child sounds like a practical gift for a woman you still love. But, what happened that caused these love birds to file for a divorce?

According to the divorce papers Cardi filed at an Atlanta courthouse, it says that her marriage was "irretrievably broken" and "there are no prospects for reconciliation."

However, the rapper let her fans know:

I don't have a bad relationship with my baby father at all. I don't have any hatred towards him, and I don't wish him anything bad, and I know that he feels the same way about me.

While she's very thankful for the outpouring of support, she confessed,

I don't really need it. I'm okay. I want to let you know I have not shed not one tear.

I just got tired of f—ing arguing," she continued, "I got tired of not seeing things eye to eye. When you feel like it's not the same anymore before you actually get cheated on, I rather just be... you know what I'm saying? Like, I'm tired of people.

That exhaustion with humanity extends to prospective suitors as well as she said that since filing for divorce,

My DMs are flooded. I don't actually want to date nobody. I'm so focused on my business that it's crazy.

A Timeline of Cardi B and Offset's Relationship 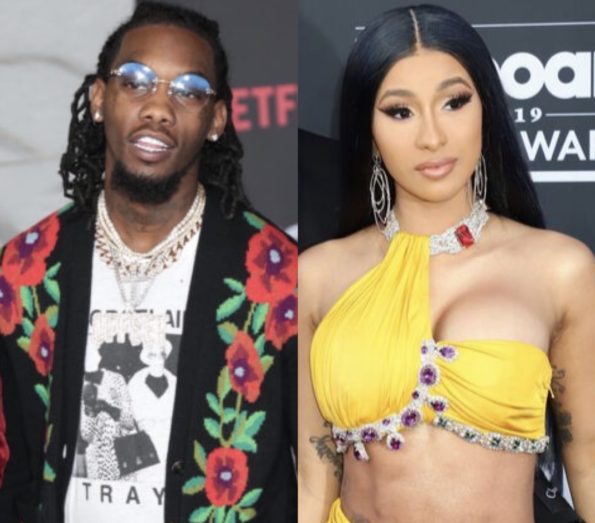 Cardi B and Offset first collaborated on her song Lick in 2017, and dating rumors were flooding the media.

By May 1, the two were sharing the spotlight at the Met Gala. Three months later, they were married.

By October, they were on the rocks. But they patched things up, and in April 2018, everyone was talking about Cardi's pregnancy.

Baby Kulture was born on Jul. 10, 2018, but just one mother later, Cardi, was fighting with a woman she thought Offset was cheating with.

The couple is either too immature or toxic. But, maybe this time around, things will be different. There's a baby girl, a new Rolls Royce, and yes, they are no longer children trying to figure out life.

We're not celebrating anything just yet. Let's see whether this couple can handle at least three months without some strange rumors and fights.