The Epic of Gilgamesh and the god-amphibian legend of Oannes stand out among the tales of giant airships in Sumerian culture.

Mermaids, the mysterious half-fish, half-human beings, are a common feature in many myths and legends. They are often portrayed as deities or spirits, and have been revered or feared by various cultures. While most mermaids in folklore are female, there have been a few rare examples of male figures such as Oannes. Interestingly, Oannes predates the earliest known mermaid - Atargatis, the Assyrian deity - by thousands of years. 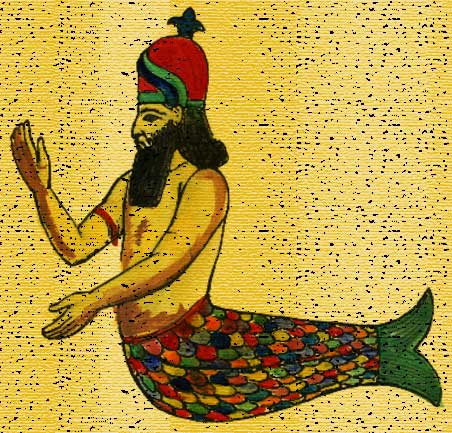 The ancient Mesopotamian civilizations of Babylon, Sumer, and Akkadia are considered to be some of the world's earliest fully functional civilizations with academic validation. These civilizations emerged in what is now modern-day Iraq and Iran, located in the region known as the Fertile Crescent.

The ancient Mesopotamian civilizations, known for their development of writing and the wheel, and other significant advancements, have a mysterious origin as they rapidly shifted from hunter-gatherers to advanced city-building societies. According to Sumerian records, they attribute their civilization's establishment to assistance from aliens.

The Sumerian gods were referred to as the "Anunnaki," meaning "Those who came from heaven to earth." Berossus, a Babylonian priest-chronicler from the 4th-3rd century BC, wrote about an amphibian named Oannes who emerged from the Persian Gulf and imparted advanced knowledge to the Sumerians, enabling them to establish a civilized society. 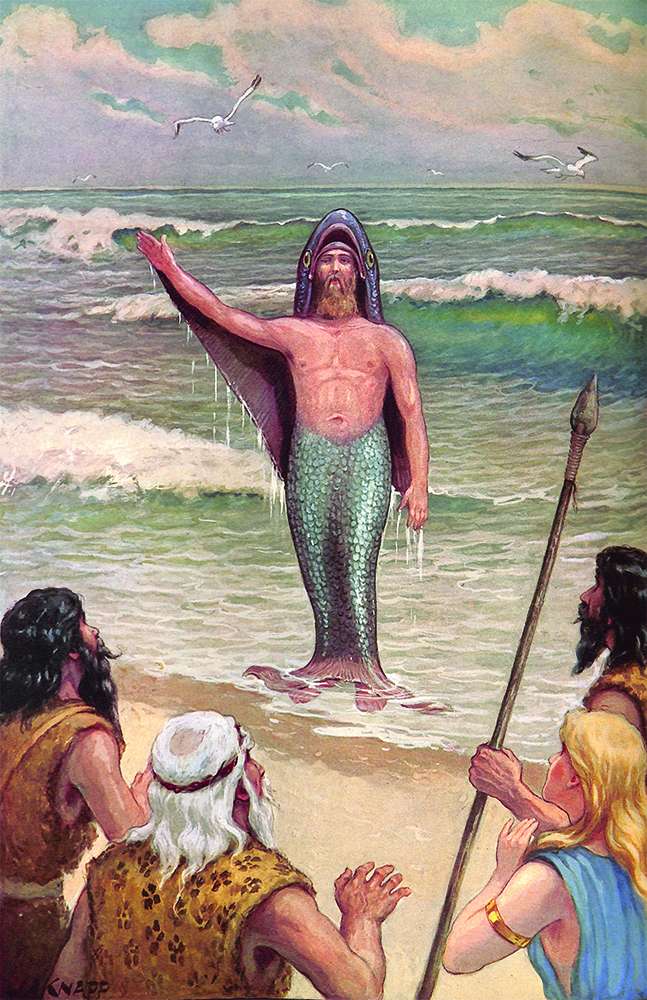 Oannes, also known as Adapa and Uanna, was a Babylonian deity from the 4th century BCE. According to legend, he would emerge from the sea each day as a fish-human creature and share his knowledge with the people of the Persian Gulf. He taught them the skills necessary for civilized living, including written language, the arts, arithmetic, medicine, astronomy, politics, ethics, and law. He would then return to the sea each night.

According to Sumerian legend, prior to the arrival of Oannes, the Sumerians lived in a state of chaos and disorder, with no laws or organization. Oannes was not always depicted in the traditional merman form. Some artwork shows him with a fishtail and human torso, while other depictions, such as carvings, portray him as having a fish-like body with a human head and feet, subjoined to the fish's tail. It could be said that it looked like a giant fish 'costume'.

Oannes was depicted as having a human-like voice and language, and a representation of him is still preserved today. According to the legend, he would return to the water every night as he was amphibious.

Regardless of whether Oannes was a real or mythical being, it is clear that he had a significant impact on the Sumerian civilization. The Sumerians were skilled astronomers and their calculations for the moon's rotation were only 0.4 degrees off from modern computerized measurements.

The Sumerians not only had an advanced understanding of the moon's rotation but also recognized that the planets revolved around the sun, a concept that would not be postulated by Renaissance scientists for thousands of years. Additionally, Sumerian mathematicians were highly skilled for their time, with abilities that were almost extraordinary.

A tablet discovered in the Kuynjik hills contained a 15-digit number - 195,955,200,000,000 - which is a remarkable achievement considering that mathematicians in ancient Greece's golden age could only count up to 10,000.

The majority of our knowledge about Oannes comes from the stories of Berossus, a Babylonian priest-chronicler. Unfortunately, only fragments of his original writings have survived, and the tale of Oannes has been passed down mainly through summaries by Greek historians. One surviving fragment of Berossus' writing reads:

According to Berossus, prior to Oannes' arrival, the Sumerians led a difficult life, living without rules like beasts. However, in the first year after a great flood, a creature named Oannes, who possessed human intelligence, emerged from the Erythian Sea (Persian Gulf) near the border of Babylonia, and taught the Sumerians the knowledge necessary for civilized living.

According to Berossus, Oannes had the body of a fish, but with an additional human head and feet emerging from his fish's tail. He also had a human voice, and an image of him is still preserved to this day.

Berossus states that Oannes would spend the day among humans without consuming food. He taught them how to use letters, various sciences, and arts. He instructed them in building cities, constructing temples, creating laws and imparted to them the principles of geometric knowledge.

According to Berossus, Oannes taught the Sumerians how to recognize and collect different types of seeds and fruits. He imparted knowledge to them that would help to improve their manners and make their laws more humane.

Berossus states that after Oannes' teachings, no further advancements were made by the Sumerians. He would retreat to the sea every night, as he was amphibious.

The names of Oannes and the other six sages of civilization, known as the Apkallu, are inscribed on a Babylonian tablet discovered in Uruk, the ancient capital of Sumer (today the city of Warka in Iraq).

What are we to make of the tale of Oannes? 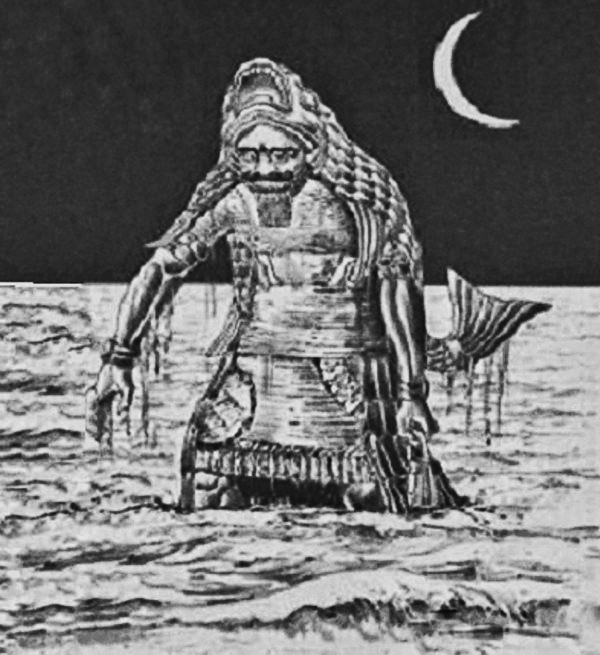 It is possible that the myth of Oannes, the mermaid-like figure who emerged from the sea to enlighten humanity and bring civilization to the world, has some basis in truth. However, without concrete evidence, it is impossible to confirm the historical existence of this figure. The stories of Oannes may have been a way for the ancient Sumerians to explain the sudden emergence of their advanced civilization and attribute it to a supernatural being.

It's also possible that Oannes, the all-knowing man-god in fish form, is a way for Berossus to explain the enigmatic origins of civilization in a manner that would be comprehensible to his contemporaries. He could have used this mythical figure as a metaphor for the sudden emergence of advanced knowledge and culture in Sumerian society.

The idea of a merman or mermaid helping humanity and being revered is not unique to the Oannes legend, it is a recurring motif in many other mermaid tales. It suggests that the connection between these stories is not a coincidence. The discovery of additional texts about Oannes would provide more insight into this intriguing tale, which continues to capture the imagination to this day.