Opinions on gender are divided after a non-binary person expressed their controversial position on menstruation products.

Below, we'll look at some of the things they said.

The number of people saying they are non-binary has been growing over the years. 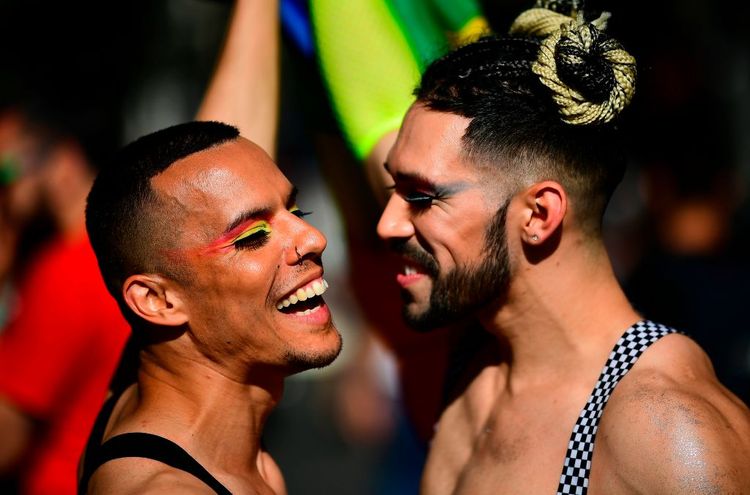 Traditionally, people were classified as either male or female, regardless of whether they were transgender.

However, many people are saying they don't fit into either of these categories, preferring to describe themselves as "non-binary."

What Exactly Does "Non-Binary" Mean? 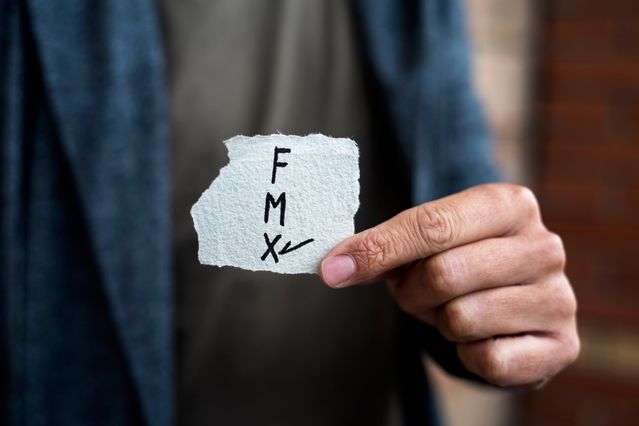 Quite simply, "non-binary" means that the person is neither male nor female in their eyes.

Does that make any sense to you? 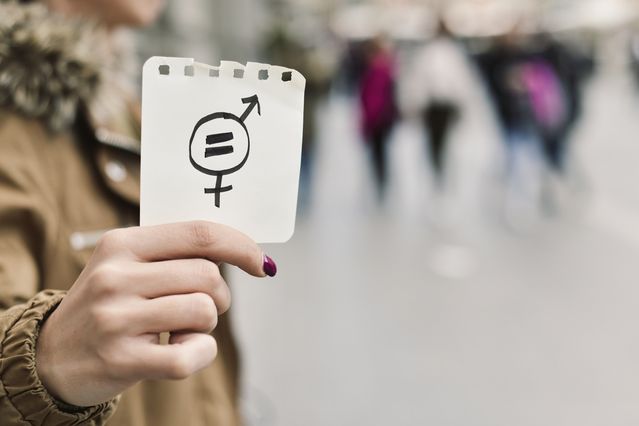 Since there are two main genders, male and female, gender is considered to be binary. Binary is a term used to indicate there are two parts or types.

Consequently, those who describe themselves as "non-binary' are simply saying they don't belong into this gender classification since they are not male or female.

But it doesn't end there. 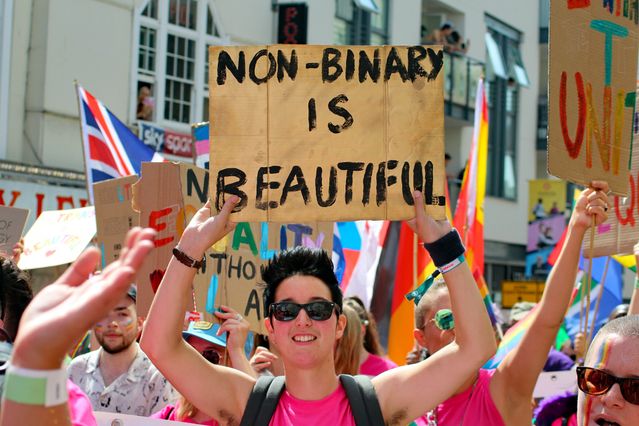 Although there are those arguing that they are "non-binary," many people are insisting that "male" and "female" are not the only genders in existence.

According to these people, regardless of our physical anatomy, there are more than two genders in the world. 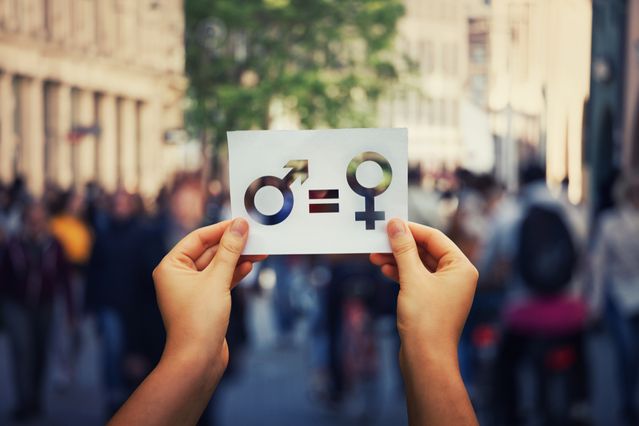 Astonishingly, these people think there are more than a hundred possible genders.

The British media outfit, BBC, faced a lot of criticism for promoting this "absurd" theory. 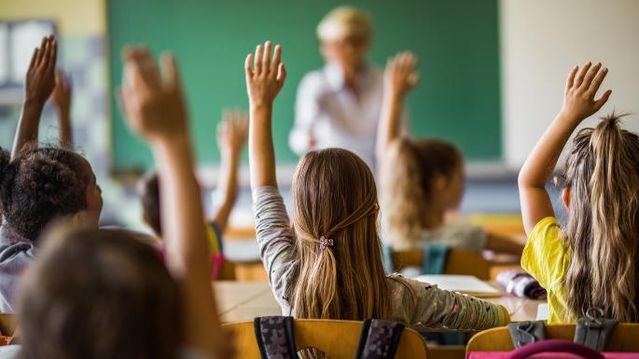 Back in the year 2019, BBC said that teachers should tell children aged 9 to 12 that there are 100 "if not more" gender identities.

However, despite the fact that some people were critical of this point of view, others were grateful that BBC had made these claims.

I’d like to see the @bbc name 100 genders and explain them.

Still, many were angry about these comments and argued that the claim that there were at least 100 genders was a show of disrespect to trans people. In that manner, the viewpoint was not inclusive according to transgender people.

However, the truth is that a lot of people still believe that there are only two genders. 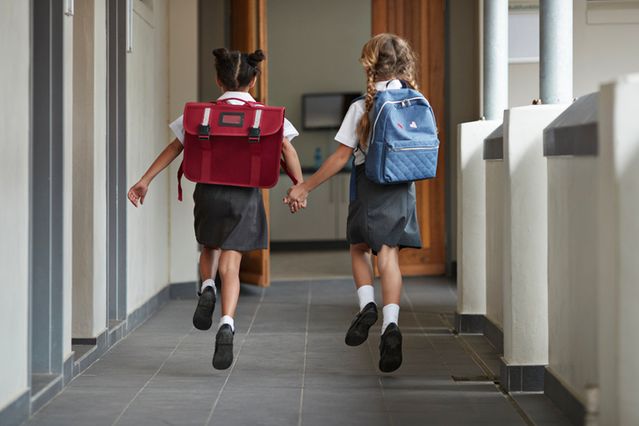 The founder of Transgender Trend, Stephanie Davies-Arai, thinks that teaching kids that there are 100 genders is ridiculous. She represents parents who have concerns over the increase in the number of kids getting labeled as transgender:

"This is made-up nonsense. People are free to identify as anything they like, but this does not change the reality that there are only 2 sexes."

The debate on gender is clearly far from over. However, it is clear that gender fluidity is on the rise as far as gender identity goes. 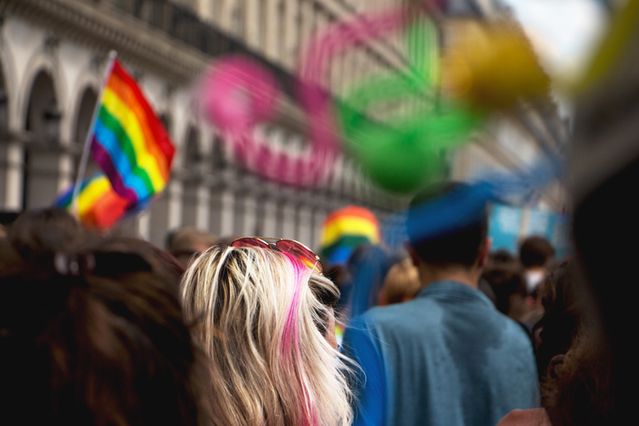 Someone who identifies as non-binary has come out to speak on their experience, especially when it comes to menstruation.

Caroline Colvin is a sex and dating writer, and she related her experience as a non-binary person who goes through menstruation.

Colvin explained that menstruation does not need to be associated with womanhood as has always been the case.

Obviously, this opinion got a lot of people talking.

Colvin said that the period stigma was "transphobic."

Covin talked about being a non-binary person who didn't subscribe to the male or female labels and was therefore not okay with the "cisnormative packaging."

The person suggested that it would be okay to just label pads, tampons, and pain relief solutions for periods as just menstrual products and leave it at that.

Colvin is the opinion that period products should not just target female users.

While completely agreeing that "women do bleed," Colvin does not think having a uterus should be considered a sign that someone is a woman.

Apparently, associating menstruation with womanhood does not account for the experiences trans men, intersex people, and gender non-conforming people go through.

Colvin went on to state that this association can be hurtful to cis women with health issues that keep them from menstruating.

According to Colvin, womanhood should not depend on biological functions, but on how people self-identify.

So, do you think periods should stop being associated with women only?

For a while now, this has been a hotly debated topic. 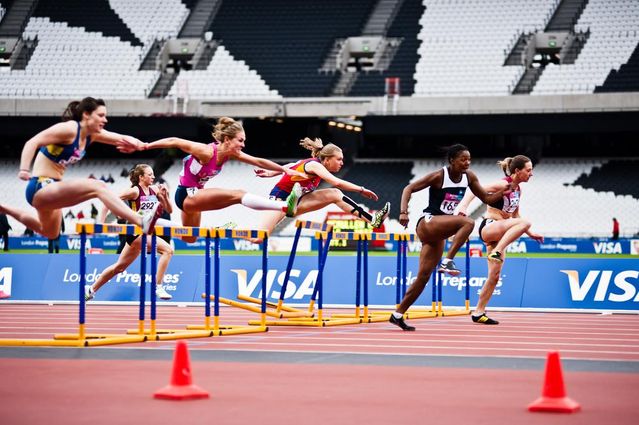 The decision to allow trans people to take part in the Olympics in 2016 changed a lot of things and set in motion a heated debate on gender.

Actually, a lot of people support the inclusion of transgender athletes into sporting activities. 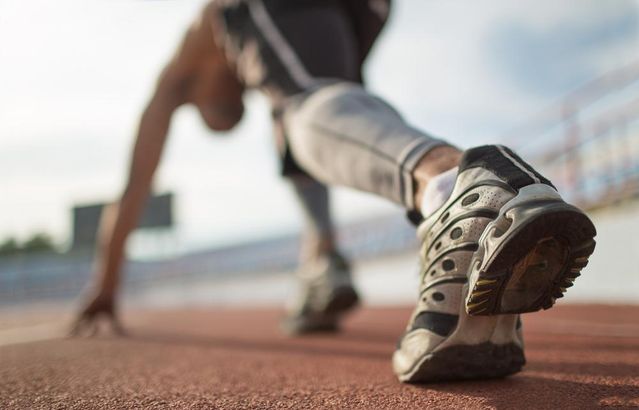 However, there are those who believe that this is not fair to other athletes taking part in the sport.

Still, the subject of transgender females gets the greatest amount of attention in these debates.

Hi Daniel, you can abuse me all you like but facts matter.
a) I support fairness & equality for all trans people.
b) Allowing trans women athletes to compete against women born to female biological bodies is inarguably unfair, unequal & dangerous. https://t.co/shAPFFFXIA

Piers Morgan and people who share his opinion argue that female trans athletes have an "unfair advantage" since they were born with male anatomy which includes male hormones that boost their strength and stigma.

Many argue that those competing against trans athletes "don't stand a chance."

I know this won't be popular but athletes born female cannot possibly compete on a level playing field with someone born male.
It's ludicrous and totally unfair to allow this to happen imo.

In other words, such people don't think transgender people should be allowed to take part in these competitions.

In fact, in 2014, Ronda Rousey would not agree to get in the ring with Fallon Fox, a transgender fighter.

While commenting on her decision, Rousey said that she felt that going through puberty as a male is "something that you can't really reverse. You can't just reverse that. There's no undo button on that. That's, unfortunately, her scenario."

When Laurel Hubbard won a gold medal at the Pacific Games, she faced a lot of backlash. 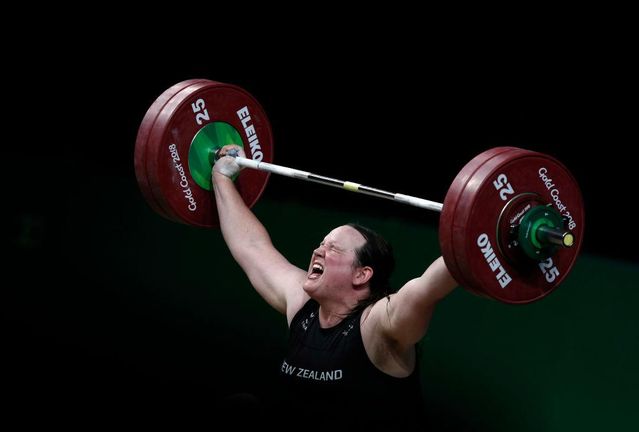 Speak Up For Women, a lobby group based in New Zealand insists that sporting activities should be categorized based on gender rather than identity. The group asked the country's Olympics committee and sports minister to "defend women's sport."

Ani O'Brien said that having "males competing in women's sport is blatantly unfair." Laurel Hubbard is from New Zealand.

In the United States, transgender athletes are still allowed to compete in such sports. 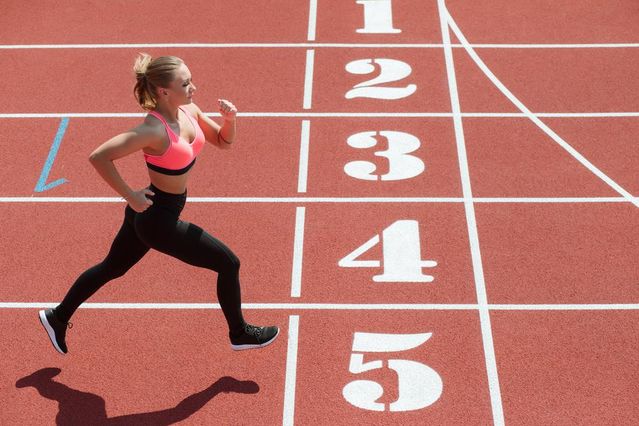 Consequently, transgender girls are also allowed to take part in sports that seem appropriate for their gender identities in schools and colleges.

However, in certain states, that is gradually changing. 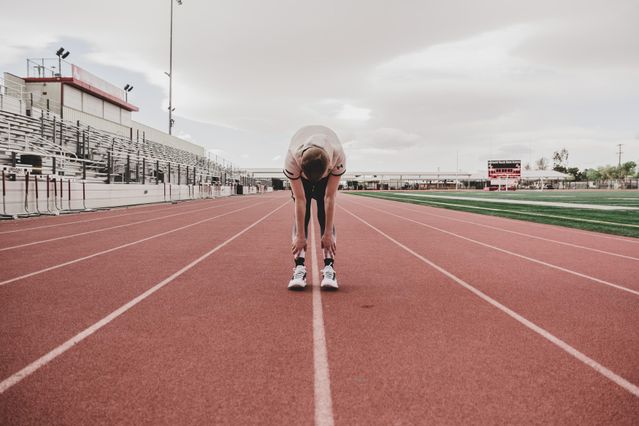 Mississippi unanimously voted in February to stop young transgender athletes from taking part in female sports in all schools and universities.

In the first vote, thirty-six people were in favor of this decision while only nine voted against it. 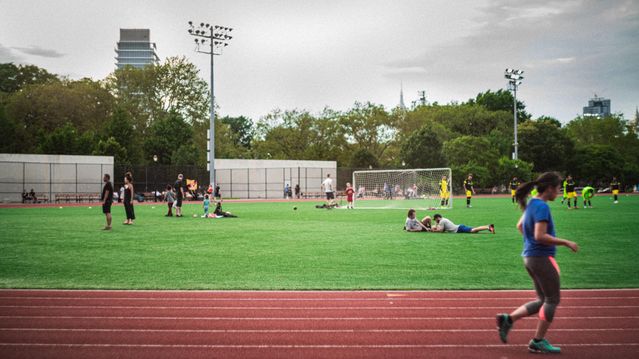 Also, 4 people decided not to take part in the vote, while 5 others voted "present" as a way to say they were neither against nor in support of the new legislation.

Before the vote was held, there was apparently "very little discussion" about it. 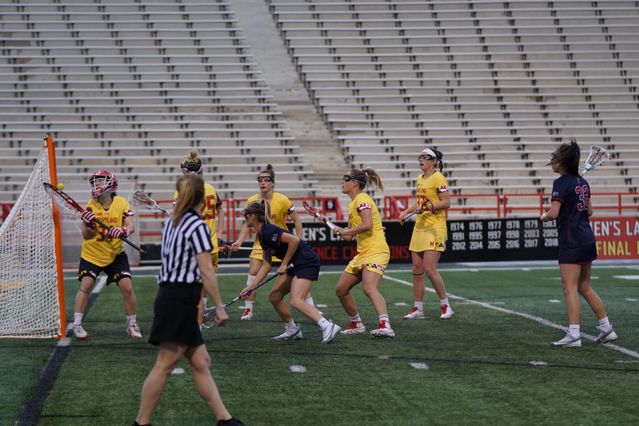 Apparently, there aren't even records of anyone asking about transgender athletes taking part in sports in the state at the time the legislation was passed. In fact, the sponsor of the bill, Republican Senator Angela Hill, did not offer any information about it.

Soon after, Florida followed suit and passed a similar legislation. 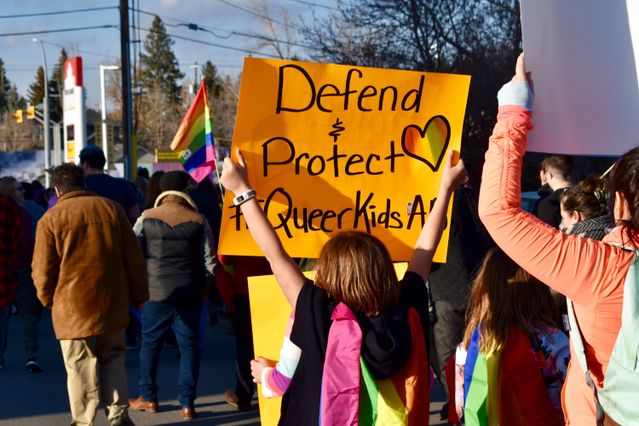 Naturally, people had plenty to say about this.

Florida is closer than ever to passing a law that requires transgender athletes to take gender tests. 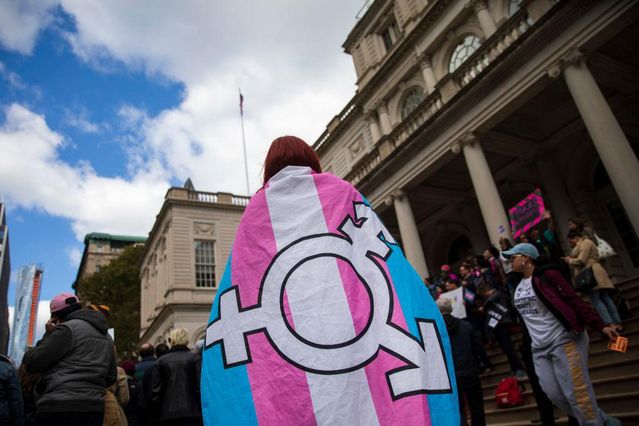 That would be in addition to having their genitalia looked at before they are allowed to take part in sports.

The proposal passed by 77 against 40 in the Republican-led house. 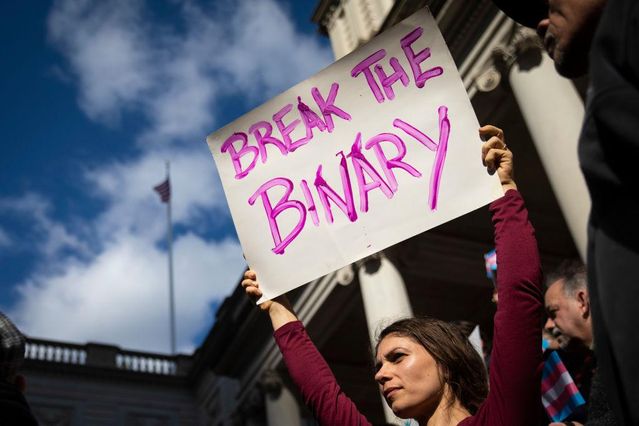 This is part of a national debate about transgender rights.

Those in support of the legislation insist that the focus is on acknowledging the biological differences that exist between males and females.

Proponents of these legal changes insist that this was about ensuring that they leveled the playing field for everyone.

Jenna Persons-Mulicka spoke about it to the media. 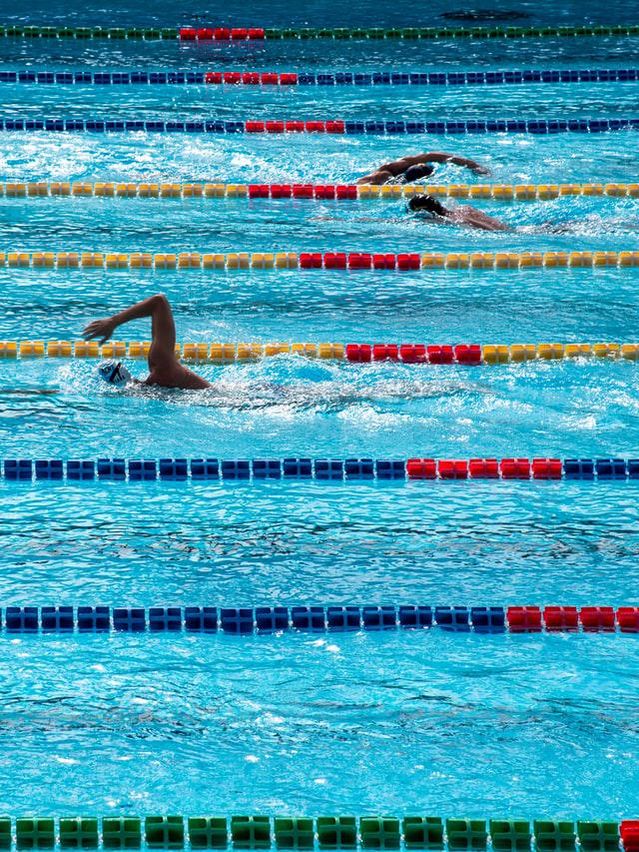 She said allowing transgender people to compete against women "diminishes the 1972 federal doctrine that barred discrimination against women in school programs."

According to Jenna, this is about making sure that girls and women have a chance to succeed. She went to college on a tennis scholarship.

Democrats have not been very supportive of this bill.

I have written to @GovRonDeSantis and the leadership of the Florida House & Senate, urging them to oppose #HB1475/ #SB2012.
These bills pose great harm to our LGBT+ children, specifically transgender girls, who are interested in participating in school athletics. 1/ pic.twitter.com/C4tVCkj6ye

According to Michele Rayner, this is about humanity, and it's not just a policy. She said that although she has been trained to have no emotion when debating as a lawyer, this was about "children who can't speak for themselves." 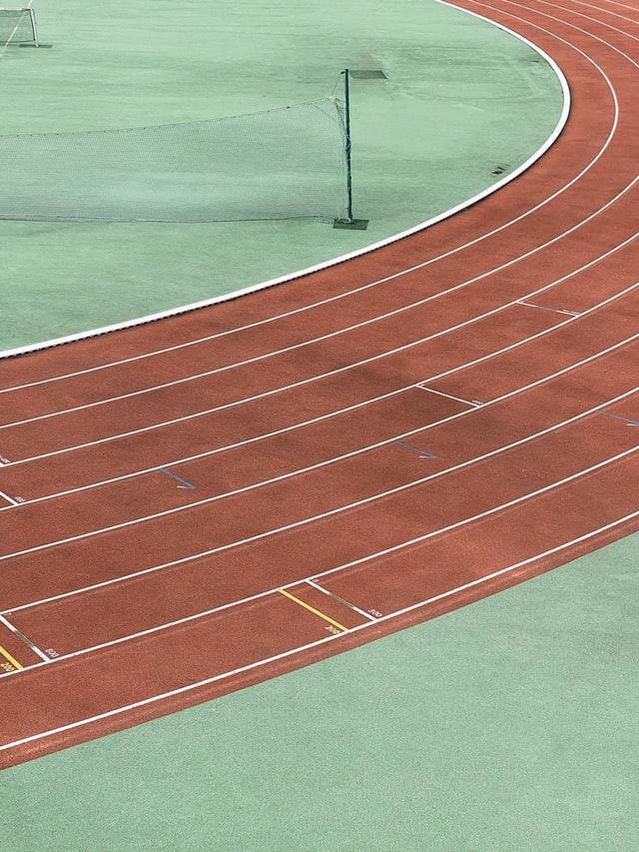 Rayner went on to explain that she struggled with the bill and had trouble understanding why it was even necessary. She wonders why it was on the floor while people were still dying of COVID-19.

Apparently, since 2013, only 11 students have asked to compete in sports that were different from their sex in Florida. 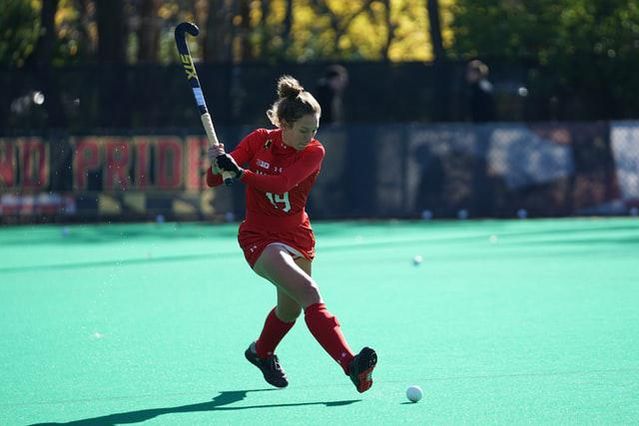 What are your opinions about this?