"No Men" nightclub is touring the UK this spring.

Lick Events will be taking over the Ritz nightclub in Manchester on May 7th. Other UK and Ireland locations include Brighton and Birmingham, with events in Cardiff, Glasgow, Leeds, Dublin, Bristol, and Nottingham also being planned.

Lick nights are run "for women, by women" with the intention of "making women feel safe" while partying.

Lick Events announced the tour on TikTok with the caption "Heaven." Despite clear intentions to make it all about the ladies, the comment section was divided.

Many women were supportive of the event, saying they would gladly attend, revealing they would "feel safe" at the "no man allowed" party.

"Notice how everyone's full glam? Do men need any more proof that we don't do it for them?"

"This looks so safe and fun. Imagine being able to dress up and not be sexually harassed while trying to dance with your friends." 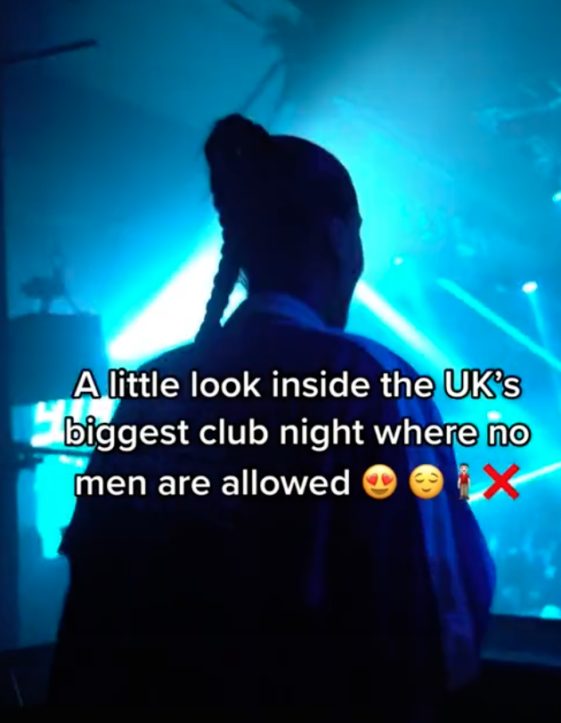 A guy also supported the initiative:

However, some complained they received hate, as one man wrote:

"I'm all happy as a man for this as this would make women feel safer, but the way they are bashing men on these comments? Like damn, that's sad."

Another was not pleased as well:

"Y'all fighting invisible comments for real. (Except the drinks one). Actual men don't care. Have your fun, ladies."

Sure, it is not all men, but maybe there is a reason why women support these kinds of events. Especially when you get to get all dolled up, enjoy the music, move your body, and not worry about potentially becoming a victim of sexual assault.