On September 1st, a state of emergency has been declared in New York City due to Tropical Storm Ida.

Mayor Bill de Blasio wrote a lengthy post on Twitter notifying New York residents about declaring a state of emergency and strongly advised fellow New Yorkers not to go outside.

Please stay off the streets tonight and let our first responders and emergency services get their work done.

The storm's heavy rains and catastrophic winds left 5,000 households without electricity in the first few hours since the storm has approached.

National Weather Service recorded a tremendous 8cm of rain in Central Park in the space of an hour. and described it as "'ongoing life-threatening flash flooding."

Most subway stations are closed, and flights and trains are also suspended indefinitely.

Storm Ida has been hitting several parts of the US. The Category 4 hurricane was reported in Louisiana on Sunday, August 29, bringing recorded winds of 150mph.

Reports of catastrophic flash flooding happening across in New Jersey and New York City as millions of people brace for this devastating floods pic.twitter.com/0Y2170sgKo

Hundreds of Louisiana residents were left without power, and New Orleans has had a night-time curfew imposed. Some people will be without electricity for weeks since Ida knocked out all eight electricity transmission lines in this area.

So far, the storm had hit the southern US states of Louisiana, Mississippi, Alabama, and Florida on Sunday and took at least six lives.

President Joe Biden will visit the state of New York on September 3rd. 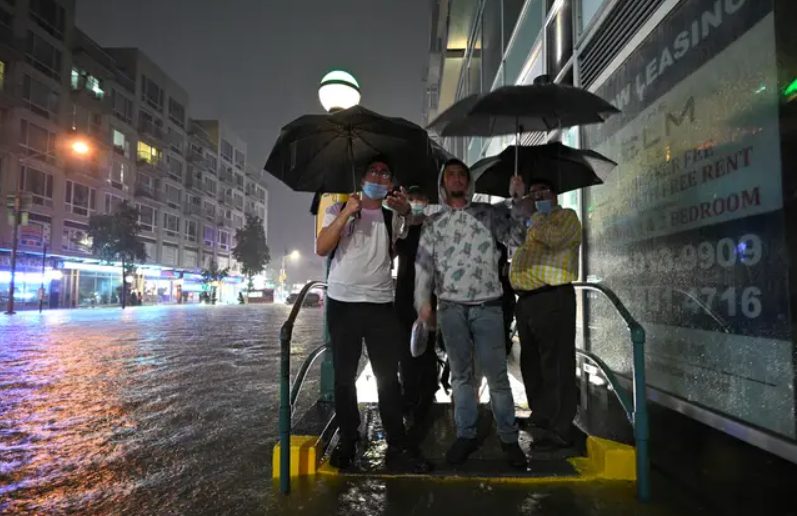 So far, there have been seven deaths in NYC and one in New Jersey. The storm invoked memories of Superstorm Sandy from 2012.

The roof of a postal building was ripped off with people still inside in Kearny. The rescue teams are at the scene, though we have yet to learn about the number and seriousness of injured parties.

The number of victims is rising with every hour, so we encourage you to stay in your homes and wait for further advice from the officials.