Mom shared this information on Facebook page Melons and Cuties, and despite some harsh criticism, other mothers were more open-minded.

It's useful, though it seems weird

The group's moderator said that, though it seems unusual, even some hospitals often use vibrators to treat this baby issue.

"Our customer shares her remedy for chest congestion!! Use on baby's back while sitting in a steamy bathroom. Brilliant!!!"

"Note that many hospitals and respiratory therapists use these in the treatment of respiratory issues on the BACK in hospital settings. It is common practice." 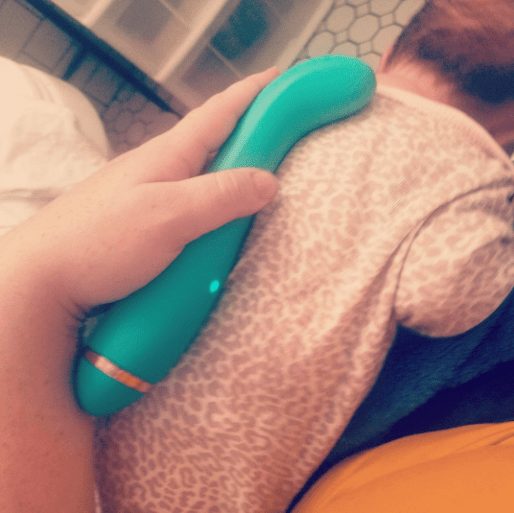 Many praised the controversial method:

"He's had croup and a chest infection. He coughed up so much crap yesterday after spending hours in an emergency the night before struggling to breathe."

As one mom pointed out, not everything has to be sexual:

"Yes, vibrators are generally sold for a specific purpose, but that doesn't mean they're inherently sexual. "

"Just because something has a sexual purpose some of the time does not mean that's the only thing it's good for. This logic also applies to people."

"Having a sick child can be hellish. Within reason, I say whatever works." 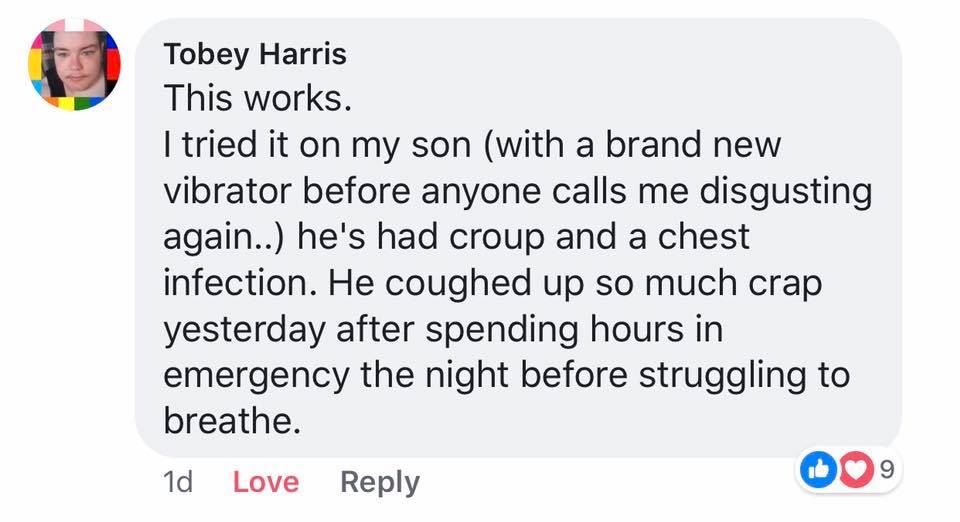 Before you try this at home, talk to your pediatrician. It's going to be one heck of a conversation, but let them hear you out.

We saw something similar in Sex and The City, and it was weird, funny and strange. Yet it worked!