The Naupa Huaca Portal appears to have been constructed with sophisticated technology, as evidenced by its precise lines, sharp angles, and smooth surfaces.

The Naupa Huaca structure, which is ancient, exhibits strong indications of advanced technology. Additionally, it appears to have some sort of connection to other civilizations around the world. Is it possible that this structure served as a portal linking ancient cultures globally? 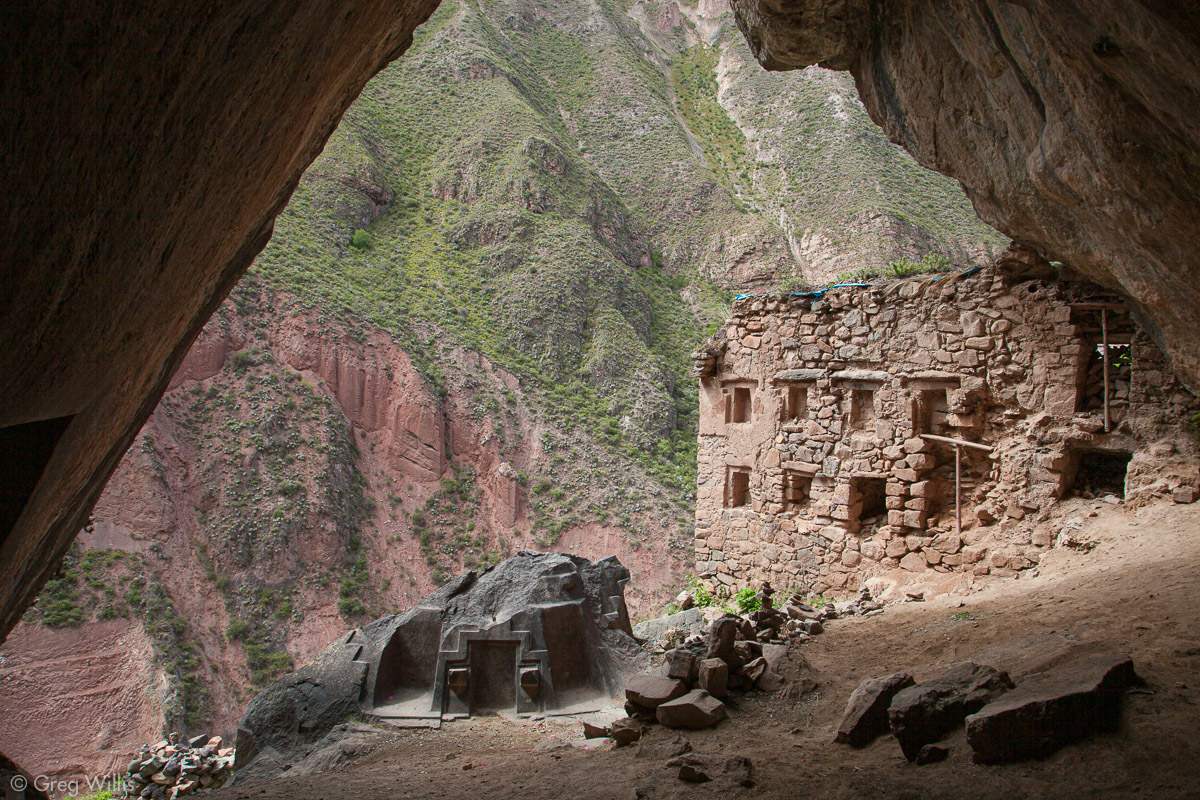 The mystery of Naupa Huaca ruins 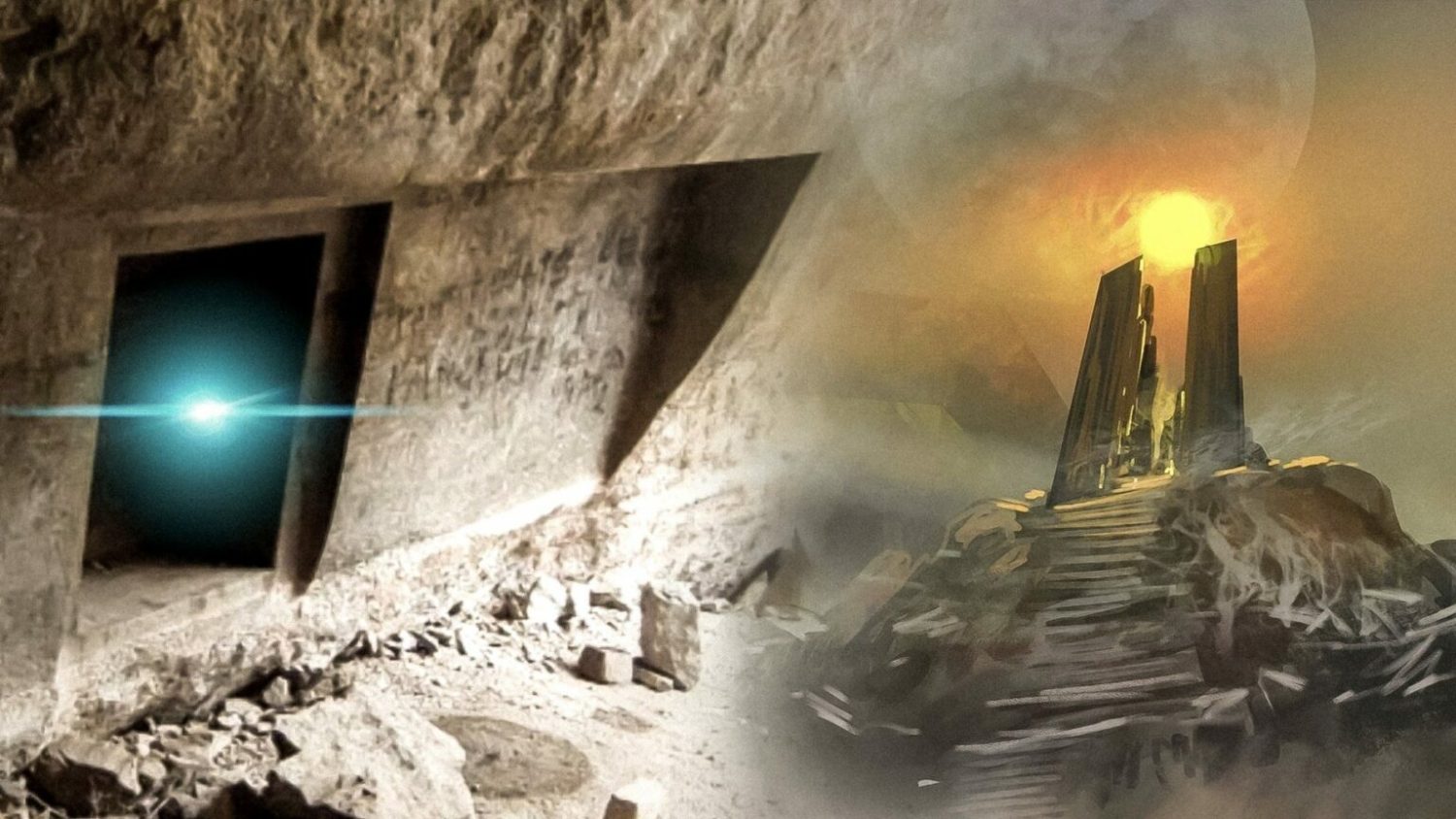 Experts are still puzzled by the enigmatic ancient mysteries of Naupa Huaca, located near the city of Ollantaytambo, Peru.

Some claim that upon approaching the entrance of Naupa Huaca, one can sense a mystical aura of a golden era, as if something significant occurred in the distant past and is still present.

Upon arriving at the site, it becomes clear that the builders possessed an extraordinary level of skill that raises questions about the knowledge of ancient civilizations, particularly their advanced technologies. 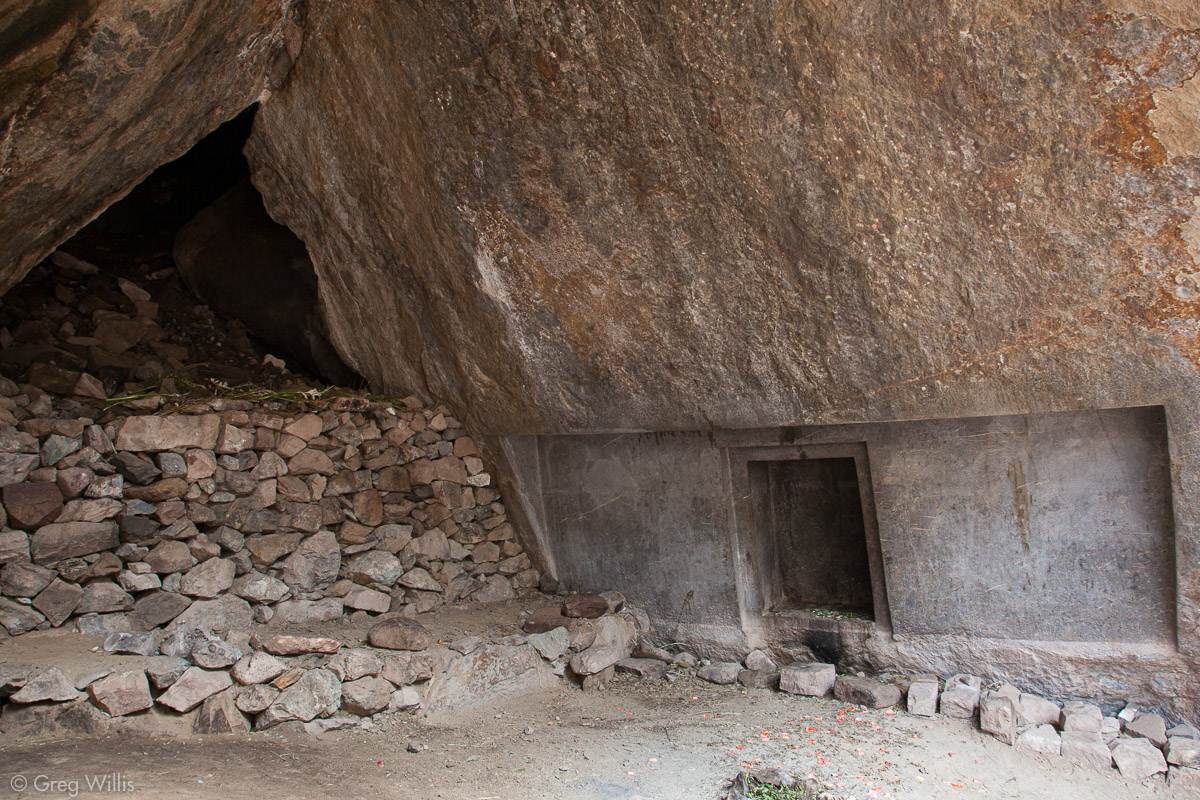 Naupa Huaca cave is located at a high altitude like most Inca constructions, nearly 3,000 meters above sea level. However, what makes this cave unique is the mysterious structure - a sacred door to heaven - that has piqued the interest of researchers and enthusiasts. It features unusual characteristics that are both impressive and strange. This is rumored to be the location of the secret ancient Inca portal.

The extraordinary claims and stories surrounding Naupa Huaca may have arisen due to its enigmatic architecture. Despite being considered an Inca construction (although it's highly debated), Naupa Huaca has such precise details that are unlike other structures found throughout the country. 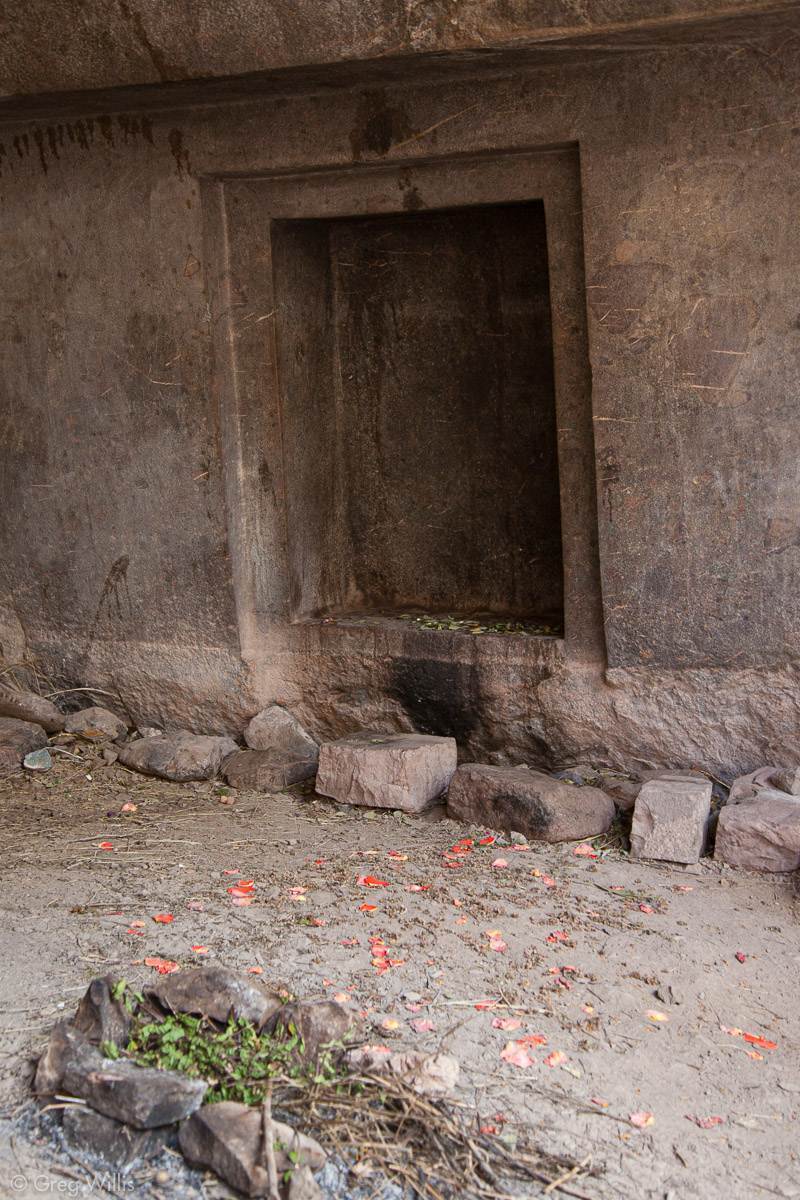 The cave entrance has an inverted 'V' shape, covering the entire area. Experts think this design was intentional, as the ceiling features micro-cut details that have been smoothed with laser precision to create two distinct angles of 52 and 60 degrees.

Further examination by archaeologists revealed that the combination of these two angles only appears in one location worldwide. It is found on the slope of the two biggest pyramids in Giza, Egypt. This discovery highlights the connection between ancient architectural structures, despite the great distance between Peru and Egypt, more than 12,000 kilometers apart.

However, the angle of the ceiling is not the only mysterious feature of the cave. There is also a small structure, known as the "false door" located in the sidewall of the cave. Despite its name, the structure does not lead anywhere.

The construction of the portal is notable for its precise lines, sharp corners, and smooth surfaces, indicating that it was constructed with advanced knowledge and technology.

The three-step design of the portal represents the Andean perspective of the Universe: the underworld, the physical world, and the spiritual realm. This concept is embodied in the chakana, also known as the Andean Cross, which is considered the most sacred and complete geometric design of the Incas.

The Chakana, meaning "to bridge or cross," represents the connection between the three levels of existence, symbolized by a hollow reed. This concept is not unique to the Andean culture and can be found in ancient Persia, Egypt, the southwestern United States, and the Celtic world. 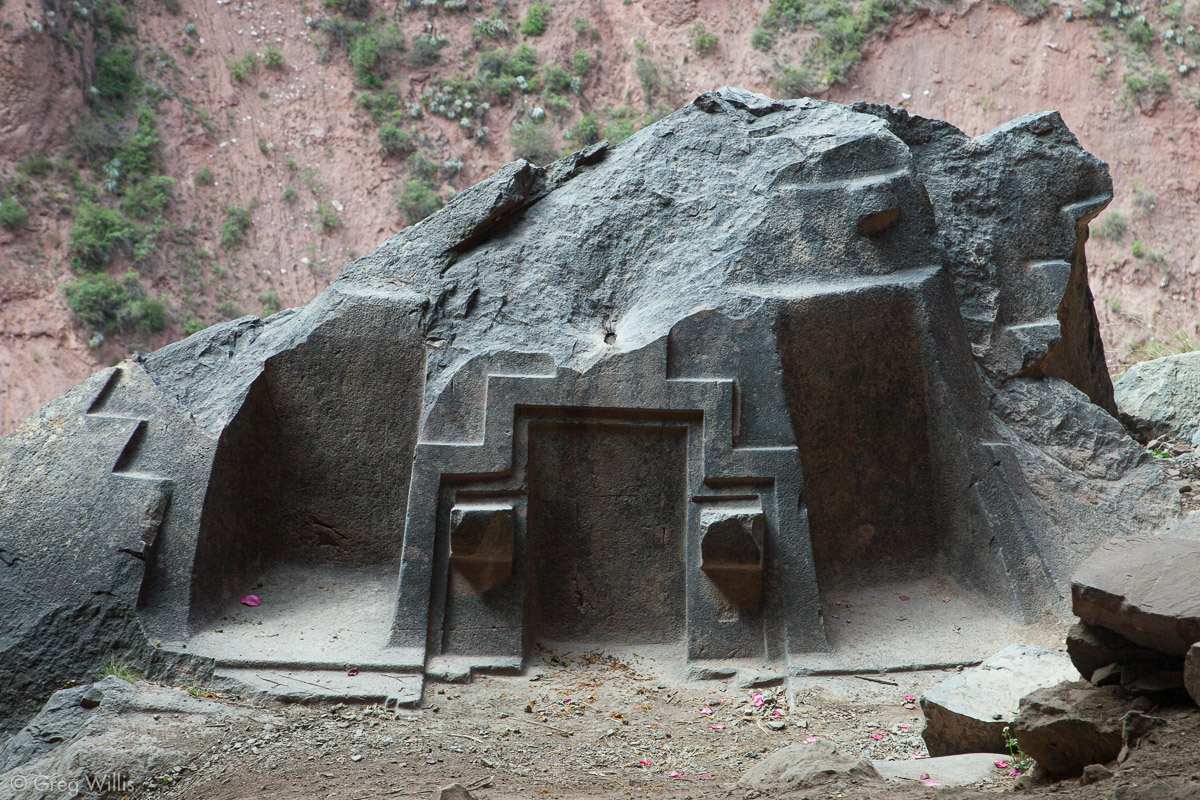 In addition to the portal, there is a basalt altar next to it, featuring three intricately sculpted windows. This is not an isolated occurrence, as similar structures can be found in ancient buildings around the world. The prevalence of the number '3' in these designs suggests that it held great significance to our ancestors. However, the reason for this fascination remains unclear.

The enigmas surrounding this ancient structure do not end there. The builders also selected the exact location on the mountain that has the highest concentration of a specific type of rock called bluestone. Bluestone is a type of limestone that is known for its magnetic properties.

Furthermore, the same type of bluestone was used to construct Stonehenge, one of the most renowned historical landmarks on Earth. Structures like Naupa Huaca continue to be shrouded in many unresolved mysteries to this day.

Then who did actually create the Naupa Huaca structures?

As for the identity of the architect, it is clear that the Inca can be ruled out. The stonework of the Inca is vastly inferior in both scale and quality when compared to Naupa Huaca. It is likely that the Inca inherited and maintained a culture that had already vanished by the time they emerged in the 14th century. Even the ancient Aymara people claimed that the temples were built long before the Inca.

The style of stonework found at Naupa Huaca is similar to that found in Cuzco, Ollantaytambo, and Puma Punku. These sites share a common myth of a traveling builder god named Viracocha who, along with seven other deities, appeared at Tiwanaku after a catastrophic world flood (dated to 9,703 BC) to help rebuild humanity.

Interestingly, the same group of deities is said to have appeared in Egypt around the same time, known as the Aku Shemsu Hor, or the "Followers of Horus." They are believed to have been responsible for the construction of the Egyptian pyramids.

It is not clear whether Naupa Huaca was used as a portal that connected to other parts of the world. However, the similarities between the structure and those found in other ancient civilizations raise the question of whether there was a connection between these cultures. Some researchers suggest that this may be the case, while others believe that the similarities are coincidental or the result of parallel development.