With his 300-pound frame, Nathaniel Bar-Jonah was quite intimidating. However, if people knew how dangerous he was, they would run as far as possible from him.

The man lived in Great Falls after he moved there from Massachusetts. Few knew that he had just completed a prison sentence after being accused of sexually assaulting and trying to kill a young boy.

In addition to these unnatural tendencies, he was also a budding cannibal.

The Life Of Young Nathaniel Bar-Jonah 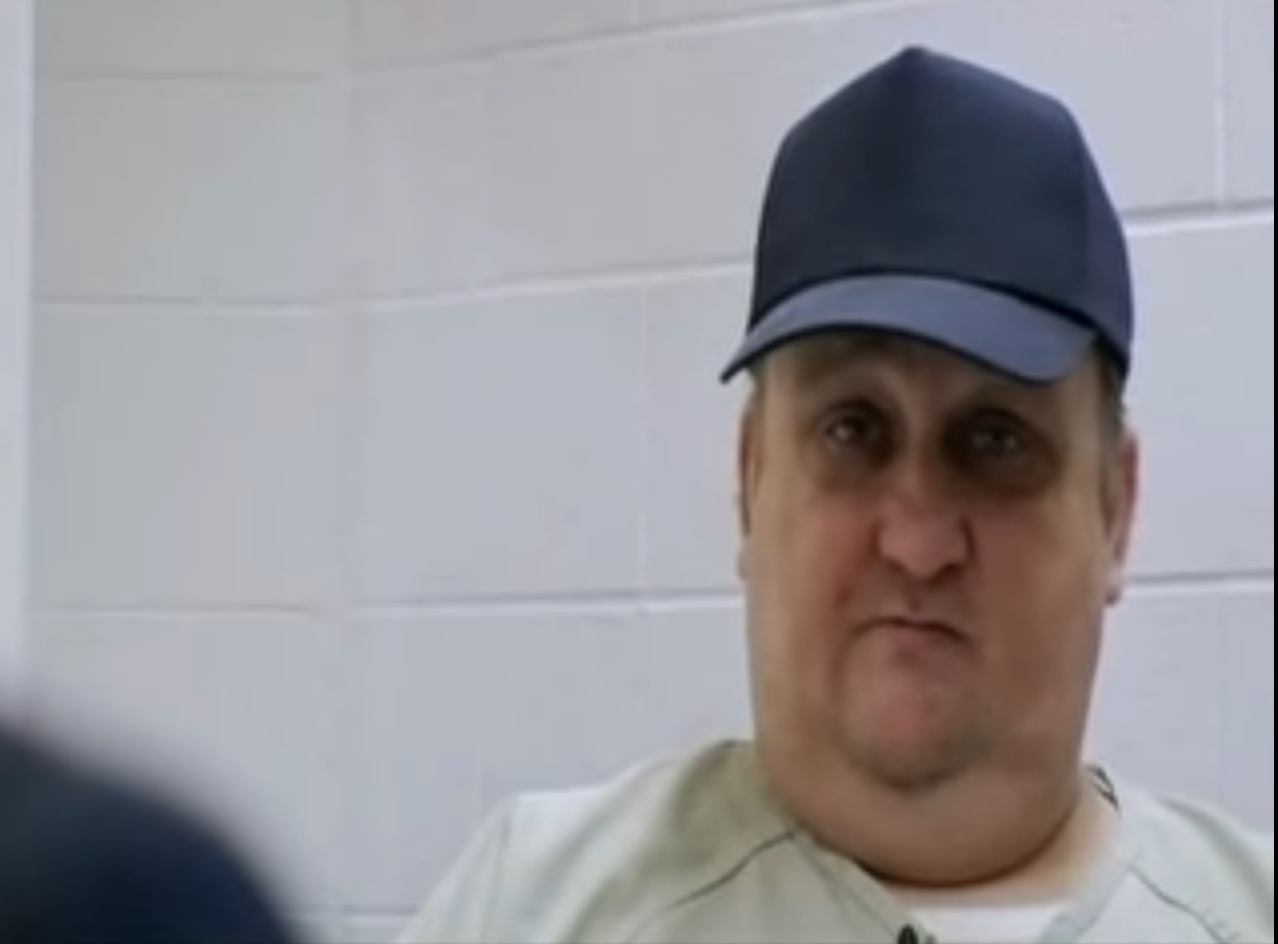 Since he was young, it was clear that Nathaniel was not a typical child. He was born as David Paul Brown in Worcester, Massachusetts, in 1957.

In 1964, when he was about seven, he tried to strangle a 5-year-old neighbor after luring her to their basement. However, the girl screamed, and his mother quickly responded and made her son free the girl.

He had lured the girl into the basement after promising that he would let her try out his Ouija board, which he had received as a birthday present.

Being so young, Nathaniel Bar-Jonah's mother assumed he was most likely not aware of what he was doing. Therefore, the incident was forgotten.

However, in 1970, he decided to revisit the crime once again.

This time, he targeted a six-year-old boy, also a neighbor. He tricked the boy into accompanying him to a secluded place and then sexually assaulted him.

After a couple of years, he tried to trick two boys who were riding their bicycles down the street to accompany him to the cemetery. He planned on murdering them, but one of the kids got suspicious and talked his friend out of the strange request.

This would define his behavior for many years, and the list of victims he left in his wake kept growing.

A Commitment To A Life Of Crime In 1975, while claiming to be a police officer, he approached an 8-year old known as Richard O'Conner as he was heading to school and tricked him into getting into his car. He assaulted the boy sexually and strangled him.

When the police found the kid, he was bloodied and had urinated on himself. He was almost dead.

The boy was lucky because someone saw the incident and called the cops. Nathaniel Bar-Jonah was put under arrest, but his sentence was one-year probation. The sentence was unbelievably light, and so, Nathaniel was bolder than ever.

Just before he graduated from high school, he abducted a nine-year-old girl while pretending to be a police officer again. However, after she started vomiting and convulsing, he threw her out of his car.

Nevertheless, someone managed to see this happen and called the police, who managed to arrest him. 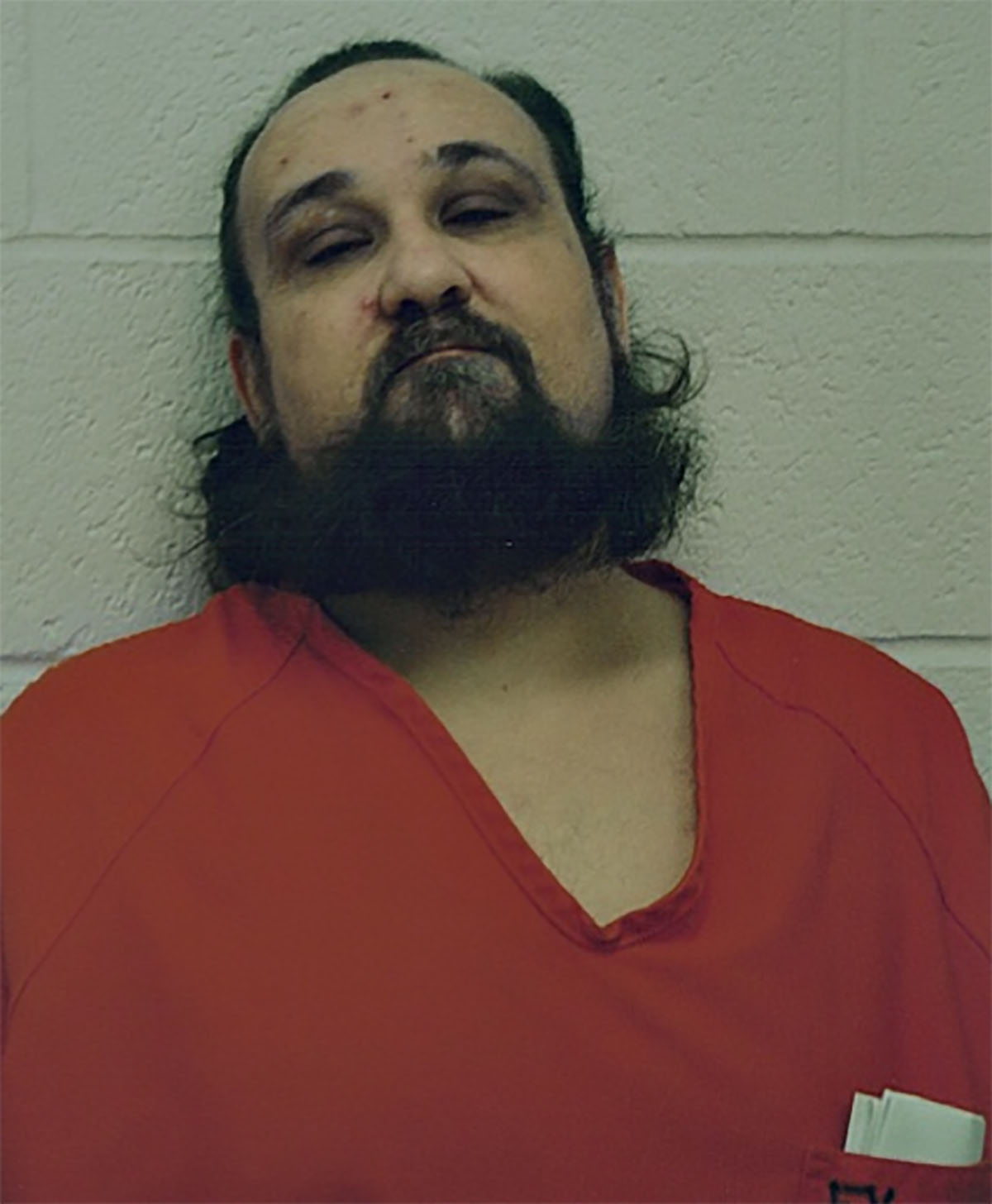 However, his parole officer never learned of this incident, and he was released from parole in May 1976 over O'Conner's incident. Nathaniel Bar-Jonah also got a letter that thanked him for his "cooperation."

A few years later, in 1977, he grabbed two boys from a movie theater and told them they were under arrest. While impersonating an FBI agent, he put the boys in cuffs, took them to a secluded area, and molested them.

He jumped many times on top of one of the boy's chests. With 375 pounds (170 kg), he did not expect the small boy to survive the assault.

Once he was convinced the boy was dead, he put the remaining victim in the trunk of his car and drove off. Nathaniel Bar-Jonah didn't know that the boy he strangled was still alive. The kid ran and got help.

Soon enough, the police found Nathaniel and the other boy still in the trunk of his car. This time, the court did not go easy on him. He faced charges of attempted murder and a prison sentence of 18 to 20-year.

Was It A Mental Problem? 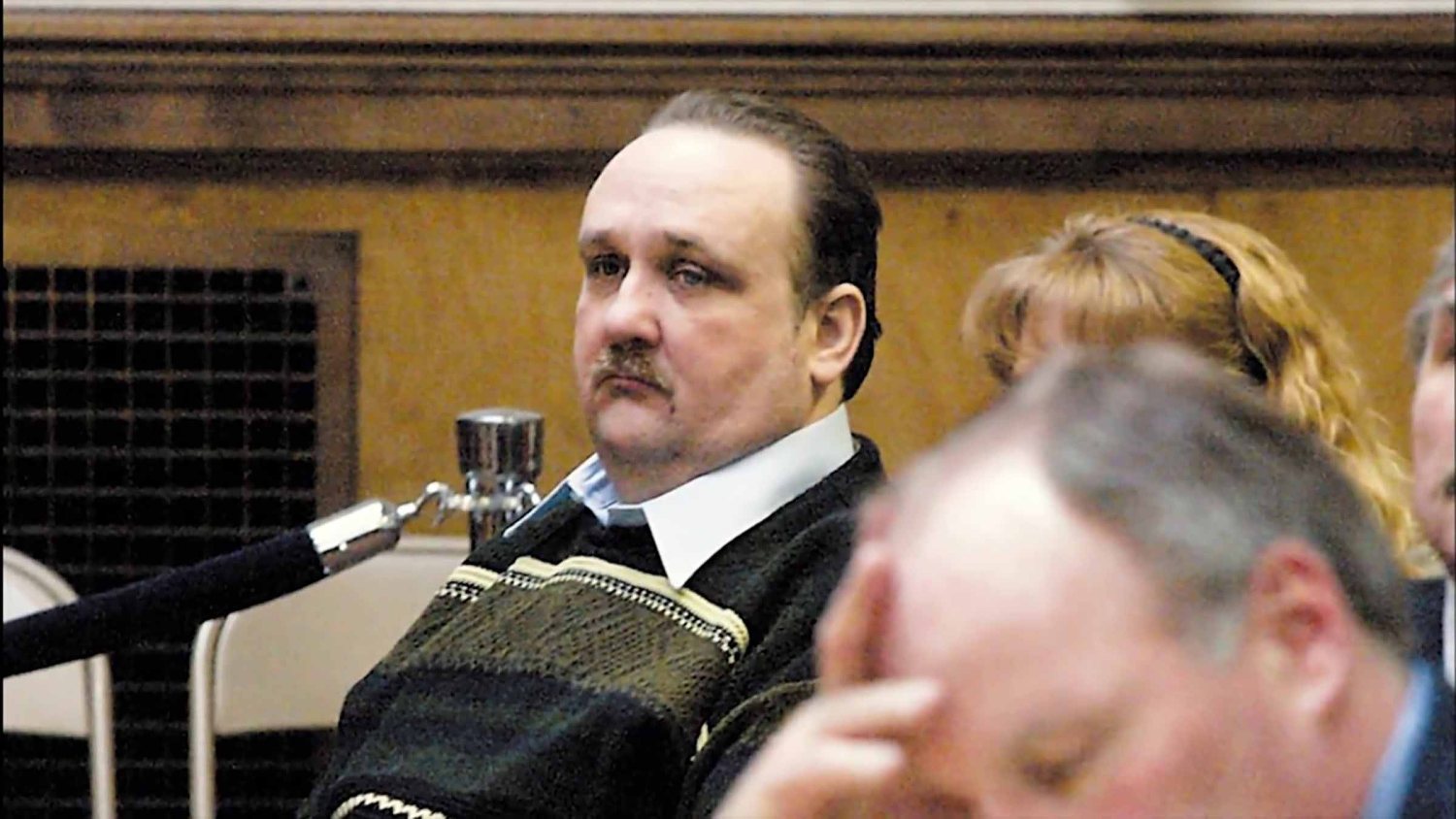 With all those years to sit in prison and think things over, Jonah met with a psychiatrist. He shared his fantasies, which involved murder, dismembering, and eating children.

Apparently, he chose the name so he could experience the persecution Jewish people had to go through.

He also claimed he was Jewish, but there was no way of knowing the truth. Although he was now Nathaniel Bar-Jonah, he would soon prove that his behaviors and tendencies had not changed at all.

However, psychiatric evaluations decided that he was not a dangerous threat, and the judge believed this assessment and allowed him to leave prison. He was released on probation in 1984 and was going to live with his mother in Montana.

Days after he was set free, he attacked a seven-year-old boy. The boy was sitting in a parked car, and Nathaniel forced his way in and sat on him as a way to smother him. Fortunately, his evil plan was thwarted when the boy's mother intervened.

Once again, Nathaniel Bar-Jonah was put under arrest. However, his sentence was to serve probation in Montana.

The Move To Great Falls, The Disappearance Of Zach Ramsey 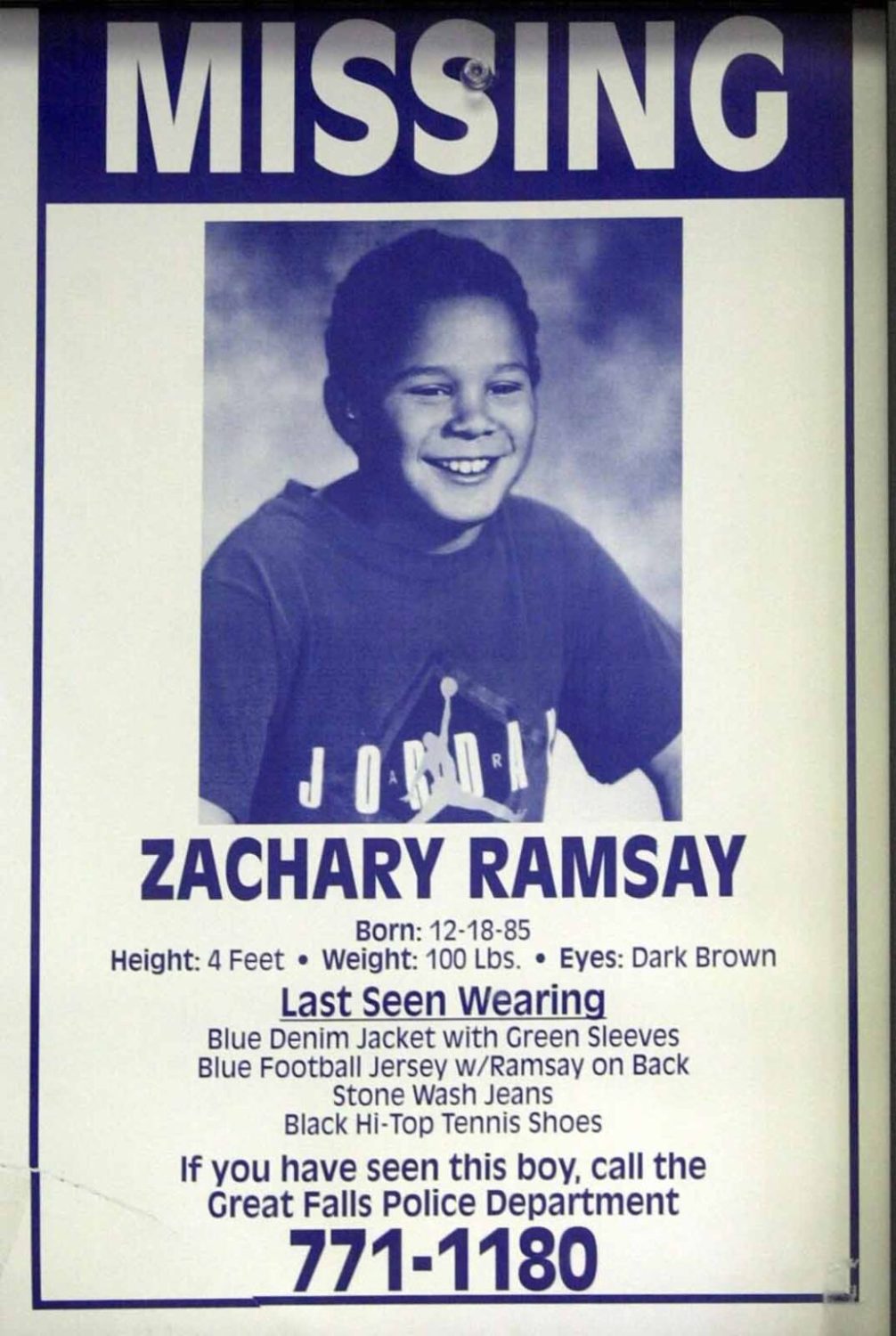 In a catastrophic oversight, nobody from Massachusetts tried to do follow-ups with the probation officers in Montana. This allowed Nathaniel to blend into the local community.

He struck again in 1996. A 10-year-old boy, Zach Ramsay, who went missing, proved to be his first victim.

The last time the boy disappeared, he was seen in Nathaniel's company. He was never found, and the judge declared him legally dead in 2011, something his mother objected to.

A former roommate claimed to have found clothes matching what the boy was wearing on the last day he was seen in Nathaniel's apartment. Others claimed that he would randomly bring up the boy in conversations.

At the apartment he lived in, he lured young boys and assaulted them. He also hung one of them by the neck using a pulley set up on the ceiling.

Sadly, his crimes were not discovered until many years later.

Problems started for Nathaniel Bar-Jonah after a woman noticed that her child had changed substantially after spending some time with the man. The child was suddenly withdrawn and angry after the incident. Still, she could not have suspected him of child assault or murder.

The neighbors also noticed that the food Nathaniel made was strange because it contained a type of meat they had a hard time identifying.

Nathaniel Bar-Jonah explained it was meat from a deer he had shot when asked about it, but that made little sense because nobody ever heard of him going on hunts. The man didn't even own a hunting rifle or a hunting license. 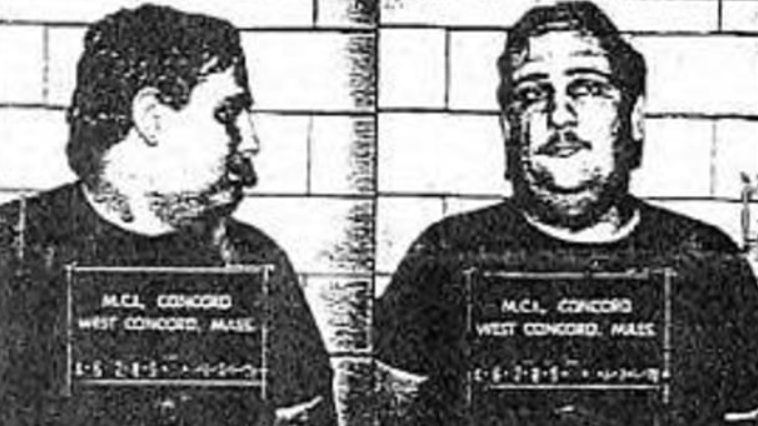 Nathaniel's luck changed in 1999 when he was arrested for impersonating a police officer. He was outside an elementary school, and he was also carrying a fake gun.

However, when the police searched his home, they were in for a shock. First of all, they discovered thousands of children's photos gotten from magazines.

They also discovered a human bone, but it did not belong to Ramsay, the missing child whose case had since gone cold.

The authorities also found a strange journal. The journal was coded, and it was sent to the FBI for decoding.

Neighbors also gave strange stories, including suspicions that he might have been assaulting their kids.

Nathaniel Bar-Jonah was accused of kidnapping and sexual assault. Once the FBI decoded his journal, they discovered that he was obsessed with torturing and killing children.

The journal also included a list of 22 names, and 8 of them were known victims of the man. Some were never identified, and others were local kids.

One of the more chilling aspects of the journal included a plan to cook and eat kids. The entries included "Barbecued Kid," "Little Boy Stew," and "My Little Kid Dessert," among others. 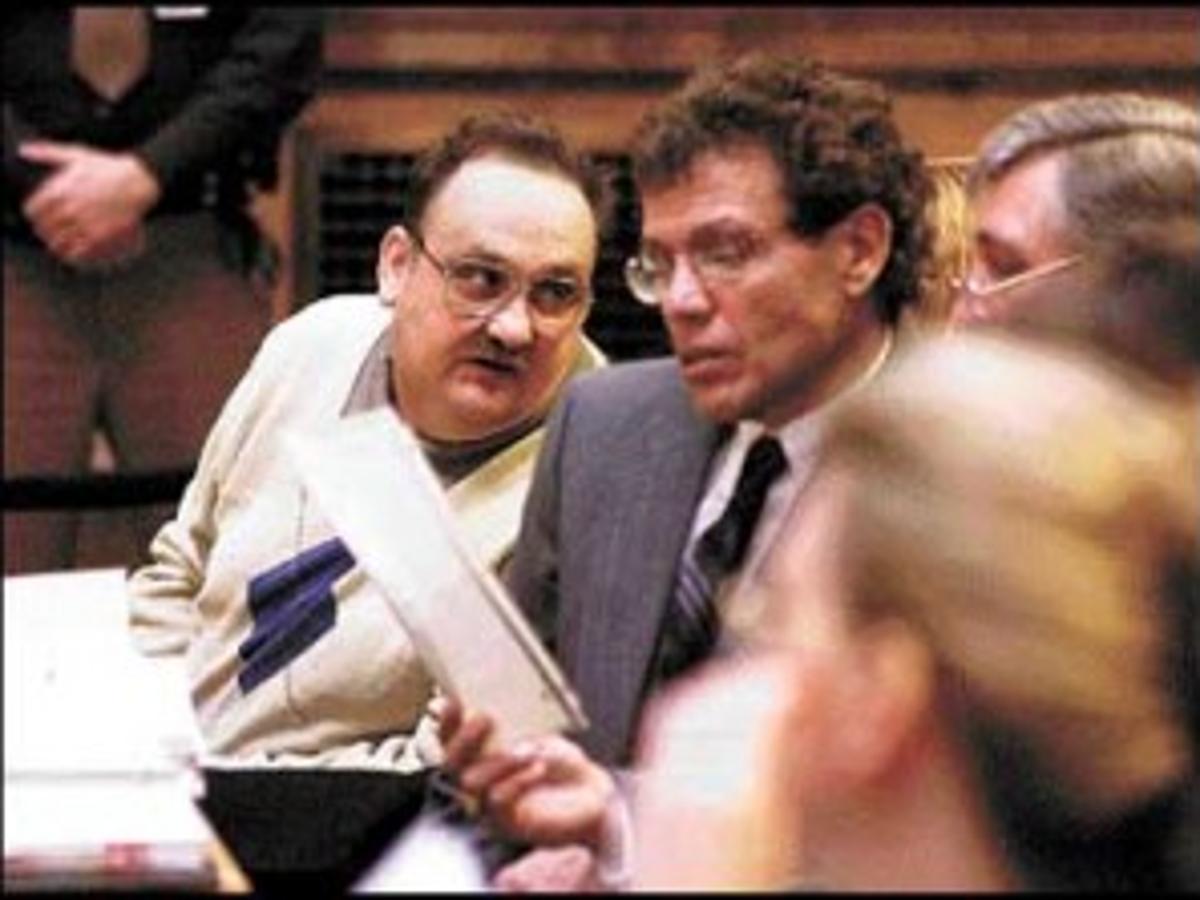 This information made the police suspicious of the meat grinder in Nathaniel Bar-Jonah's home. Later, the grinder was found to have hair belonging to an African-American male.

The neighbors were already concerned that he had fed them human meat.

Prosecutors wanted him to get the death penalty. Unfortunately, there was no hard evidence to prove that he was a cannibal.

In fact, there wasn't enough information to charge him with murder. Still, he ended up getting sentenced to 130 years in prison without the possibility of parole for molestation charges.

He maintained that he was innocent of all the charges leveled against him to the very end. His supreme court appeal to have the sentence overturned was unsuccessful.

His neighbors warned that he would find a harsher form of justice waiting for him if the man was released. The neighbors cautioned that his life was not worth a nickel in his neighborhood.

Eventually, morbid obesity killed him in his cell in 2008. He died of cardiovascular disease.

His unexpected death made his life an even bigger mystery because nobody knows how many people Nathaniel Bar-Jonah killed. Still, he is suspected of committing a lot of murders in many different places.