It is often said that the surprising Nazca lines, a set of geoglyphs found in Peru, were discovered by scientist Maria Reiche. Still, the origin of its appearance dates back many centuries before that.

The Wonder Of Nazca Lines 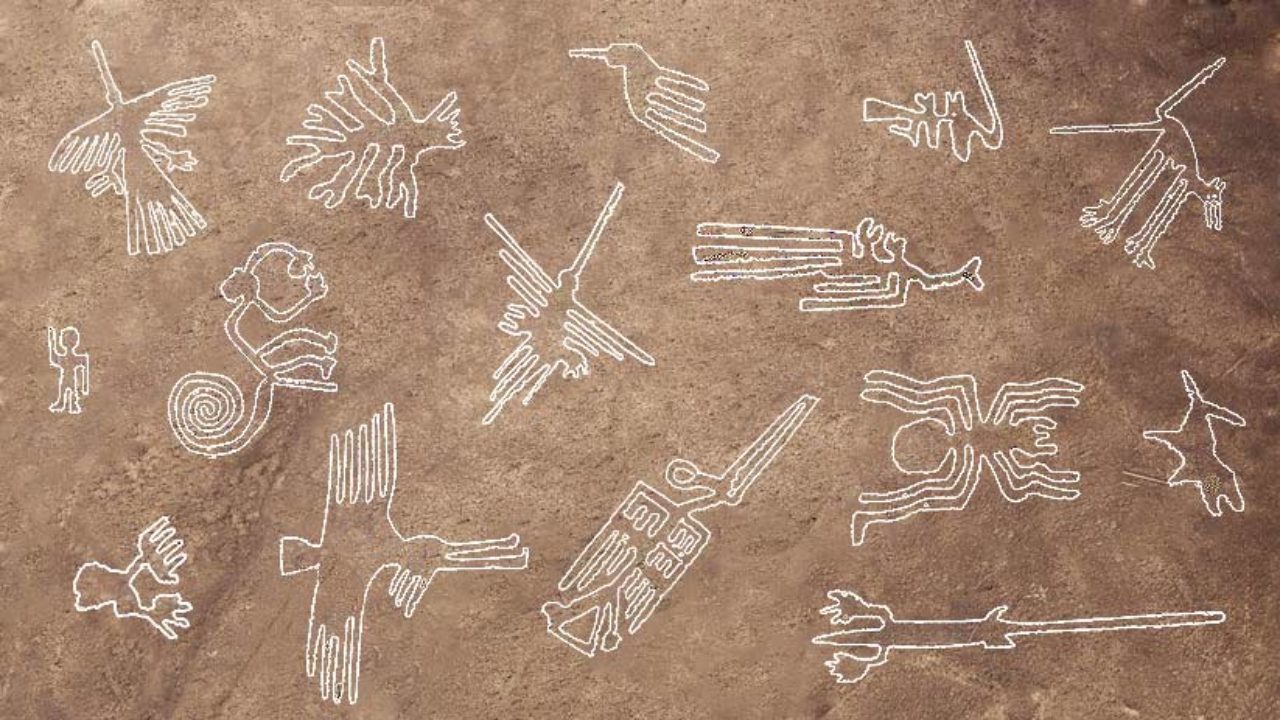 The creation of Nazca lines is attributed to the passage of different civilizations through several centuries, particularly Paracas and Nazca. Their modern discovery dates back to the 20th century, which led to ongoing research and preservation of these figures.

The Nazca lines include more than a hundred geometric, anthropomorphic, and animal figures. Their origin and function have been the subject of various scientific and pseudo-scientific theories.

Some consider these among one of the first manifestations of extraterrestrial influence on Earth. Research has rejected from the beginning any extraterrestrial or supernatural source on the conception and function of geoglyphs.

The first in-depth research and preservation of these ancient manifestations are mainly the result of work promoted by the German-Peruvian scientist María Reiche (1903-1988).

She dedicated her life to the study of Nazca lines. Reiche studied their social, astronomical, religious implications and their relationship to the arid environment in which they are located.

In 1994, the Nazca Lines were declared a UNESCO World Heritage Site.

Discovery And Study Of The Nazca Lines This discovery, interpreted as a series of paths for years, did not lead to much interest until 380 years later.

In 1927, the arrival of Toribio archaeologist Mejí Xesspe (1896-1983) as part of the UNMSM's Third Archaeological Expedition marked the modern discovery of the Nazca lines. He wrote impressions about them, which will be published 12 years later by Toribio itself, named geoglyphs as "sacred roads."

It is also stated that during the first half of the twentieth century, armies and civilians who flew over the region could be seen from above.

The opening of commercial flights between Lima and the city of Arequipa allowed us to see the millennial Nazca lines figures. Until then, closer interaction was not possible.

The arrival of Maria Reiche in the Nazca desert took place at the end of the Second World War. She shaped the historical significance of the site.

Reiche dedicated her life to the research and conservation value that geoglyphs deserved. She made the first formal investigations and supervised all the approaches of other groups until the end of her life. Similarly, she ensured that the Nazca lines did not become just a place to satisfy curiosity without professionalism.

The Origin Of The Figures Of Nazca Lines There are thousands of drawings that adorn the region. This includes figures such as trapezoids, triangles, and spirals, to the most popular animal and human forms. Many figures can be found: spiders, hummingbirds, monkeys, condors, trees, hands, flowers, the man with owl eyes (also known as "the astronaut")...

In total, there are over 800 straight lines, 300 geometric figures, and 70 animal and plant designs, called biomorphs.

The origins of these figures go back to the Nazca civilization, although new evidence has indicated that some figures were created long before that.

For example, the first drawing of Nazca lines is suspected of taking place during the Paracas culture. Paracas inhabited the region between 700 B.C. and 100 AD.

Research has shown that Nazca lines cannot be considered the result of one historical moment - but a combination and continuity of several. 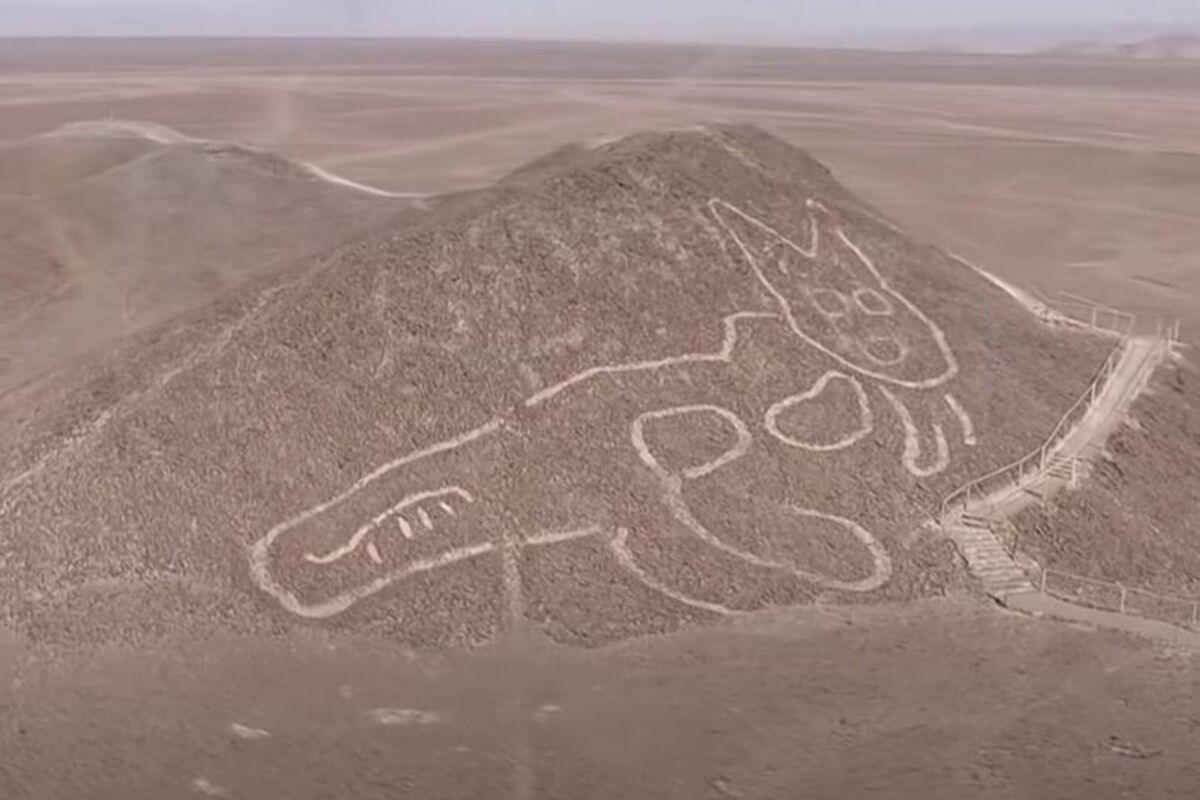 The human figures seen today in the Nazca desert are attributed to the Paracas society, as are the other 75 geoglyphs, which even show different techniques in their realization. Nazca's did very few changes on them centuries later.

The most apparent difference in the geoglyphs made by the Paracas is that they are located on slopes rather than flat soils. This is done to be more easily seen from the desert valley, not just from a height.

On the other hand, the Nazca civilization existed for about eight centuries in an area of ​​challenging conditions. This has driven them to manage their resources effectively. Nazca used the soil qualities to build figures that could be preserved through the centuries regardless of the climatic conditions.

The Nazca's constructed figures using a process in which they piled up large rocks to mark the edges of Nazca lines. They raised the first layer of Earth, piled stones on edge to create relief, and uncovered a much lighter layer of sand. This became the inner outline of the painting.

Archaeological theories have observed the realization of the spiral figure. They explain a method in which the post is adjusted to the point that would represent the center, and the circles around them are drawn with the help of a rope. 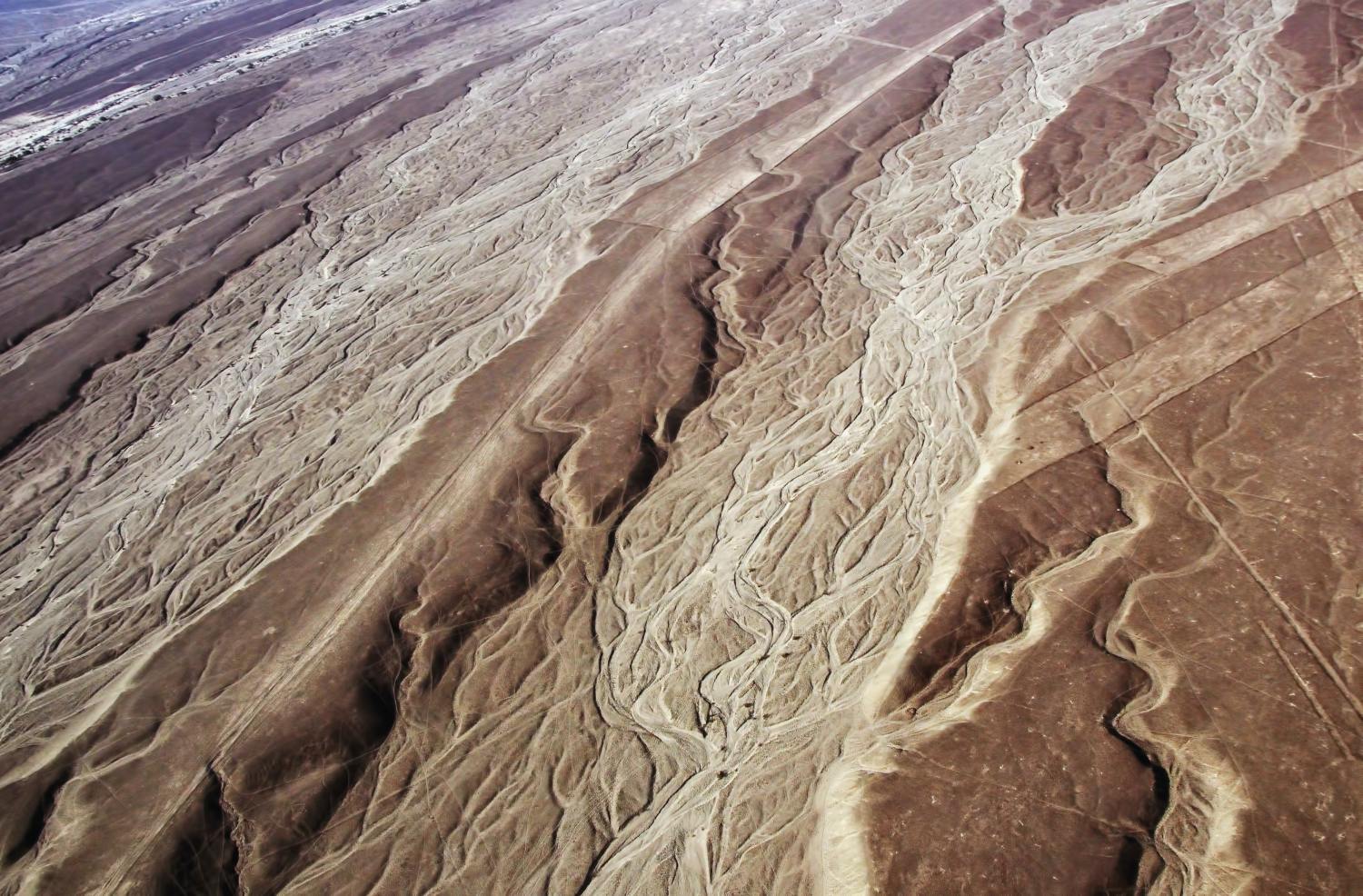 Nazca culture was considered a peaceful and primarily ceremonial civilization. Most of their rituals revolve around nature, and above all, water.

Due to the challenging climatic conditions, rituals and offerings to the gods sought the benefits of water during a limited time of year. They greatly appreciated nature and gave this resource a sacred character.

Much of the Nazca geoglyphs wеre made as ceremonial sites. People taking part passed the Nazca lines saying prayers, giving offerings, and even sacrifices.

Remains of altars and vessels that the natives broke to talk to their gods were found in several geometric geoglyphs. As an agricultural civilization, their offerings were based on the products they collected.

The weather events of 'El Niño' gave the Nazca's a time of abundance each year. This brought not only water through underground canals but also small shells. The natives considered these divine gifts from Gods.

Population growth and lack of water led Nazca people to start digging trenches in search of it. They also started dividing their territories and entering into rivalries. As time went by, the harsh environment led to the disappearance of the Nazca culture.