Americans are trying to recover from their recent Presidential election and celebrating news of a Covid-19 vaccine. Meanwhile, something strange took place in Utah.

This odd happening is so interesting that the whole world took notice, it seems.

What has everyone so excited? A mystery monolith.

Nobody could so far explain where the mysterious monolith in Utah came from. It all started on November 18.

State employees noticed a shiny metal object when they were flying a helicopter over a remote wilderness area.

They landed to investigate closer and found the 10-foot-tall object planted in the ground.

There was no explanation of how it came to be there, and no one has since taken responsibility.

This monolith was found in a truly remote area that could even be dangerous to attempt to find.

As such, the exact location was never revealed - people might want to snoop around and get hurt.

However, that did not stop amateur investigators, and they soon discovered the area of the enigmatic monolith.

Within 48 hours, people were trying to see for themselves what this object is and imagine the secrets it holds.

Just as quietly as the monolith appeared, it vanished again. On November 28, the world learned that the object was no longer there.

The Utah Bureau of Land Management shared the news that someone unknown had removed it during the night.

"We have received credible reports that the illegally installed structure, referred to as the 'monolith,' has been removed. The BLM did not remove the structure, which is considered private property."

The bureau added that the disappearance would not be investigated since the monolith is private property. That is a task left to the local sheriff.

People are now asking themselves what this all could mean. Who placed it there? Did they remove it? Or was it someone else?

Another Layer Of Mystery 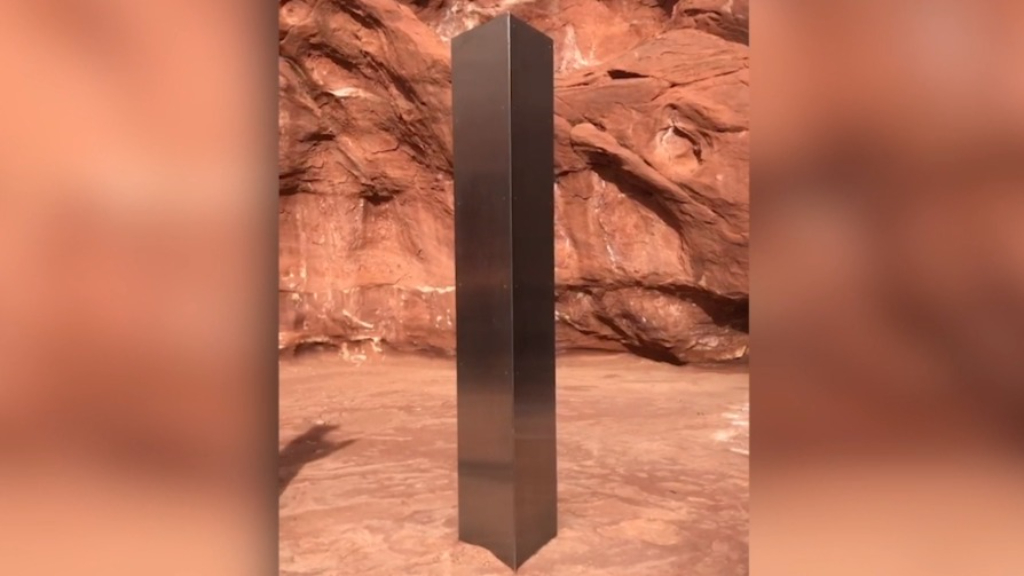 mystery monolith disappears, new one appears next to prehistoric fortress in romania

About a week after the monolith was first spotted in Utah, another one that looks identical was found all the way over in Romania.

Officials discovered the object in northern Romania, in the city Piatra Neamt. It stands on Batca Doamnei Hill, not far from the Petrodava Dacian Fortress.

The fortress is a popular landmark built between 82 BC and 106 AD. It is 13 feet tall, and one side faces Mount Ceahlau.

It is one of Romania's most famous mountains and referred to as the Holy Mountain.

The origin of this monolith is also unknown to Romanians.

Rocsana Josanu, a Neamt Culture and Heritage official, said that the monolith is on private property. They don't know who is the owner of the object.

"It is in a protected area on an archaeological site."

Folks can't help but look to the sky and wonder if clever beings from other planets are sending humanity a message.

Could they have taken pity on Earth after seeing the difficult year we all had and want to send some encouragement? Or do they have more sinister plans for humans?

Or is this just someone expressing themselves through impressive art?

This is all just speculation and theory, of course. Until the mystery of the monolith is solved, everyone will have their own idea of what it means.

David Surber, someone very much excited by the mystery, says it serves as a great distraction.

"At the end of the day, extraterrestrial or made through artistic expression; the monolith provided an opportunity for thousands of people to rally behind something positive again.

"It was a good escape from all the negativity we've experienced in 2020."