The war film The Last Samurai, in which Tom Cruise and an army of proud warriors fight in the name of honor for a better Japan, is an impressive spectacle. And often not entirely pretty. However, the movie deals with history and reality in its own way. 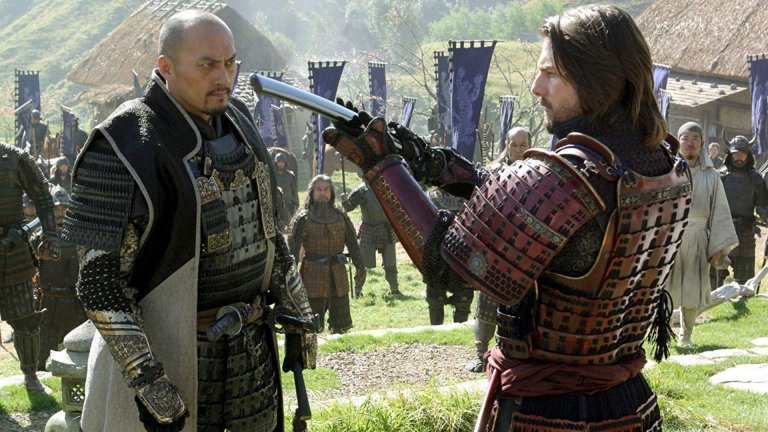 At the beginning of the film, a former American civil war officer and veteran, Tom Cruise, arrives in Japan to teach Japanese military modern warfare, strategy, and how to handle rifles. But he had nothing to do there. Japan used American military equipment, paradoxically, when the war between the North and the South was raging in the United States.

Later, the Japanese preferred technology from Great Britain, Prussia, and, at first, France. It is pretty unlikely that an American would come to hand out wisdom since Europeans were much more present. Even Cruise's hero Algren himself was inspired by French soldier Jules Brunet. 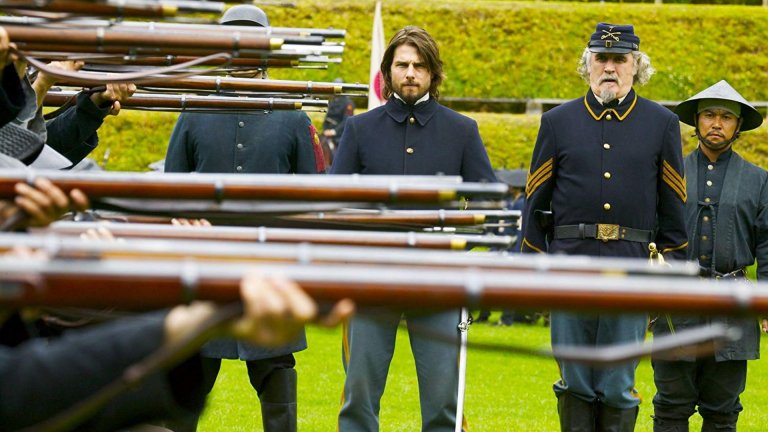 In the film, Tom Cruise teaches the Japanese how to handle primitive rifles, which at that time, almost no one in Japan used. To a large extent, the imperial army still counted on "old and proven technologies," so some soldiers wore spears, swords, or bows.

In addition, there were enough volunteers enlisted in the army, and the training was conducted more than professionally. It was not a bunch of incompetent desperate people, as the filmmakers tried to suggest. However, firearms also had their place in the Japanese army, but in the sixties, however, repeaters were used here. 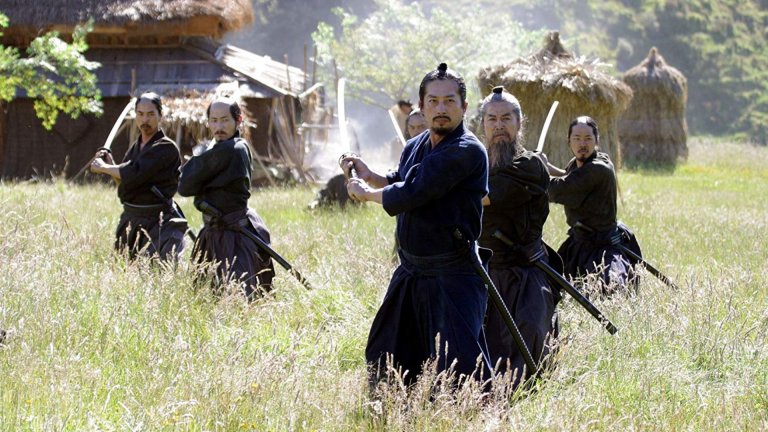 The samurai are described in the film as heroes for whom honor and tradition are paramount. But this was not always the case. Samurai who rebelled against their ruler and did not like the advent of new technologies and new orders frequently had much more mundane reasons for their rebellion.

Above all, they feared that they would lose their status as a privileged caste. In short, they didn't like the idea that all people would be equal. However, far from all, some of the samurai voluntarily relinquished their privileges and entered the emperor's service because they believed that they would strengthen Japan in this way.

To The Fight! But In Another Way 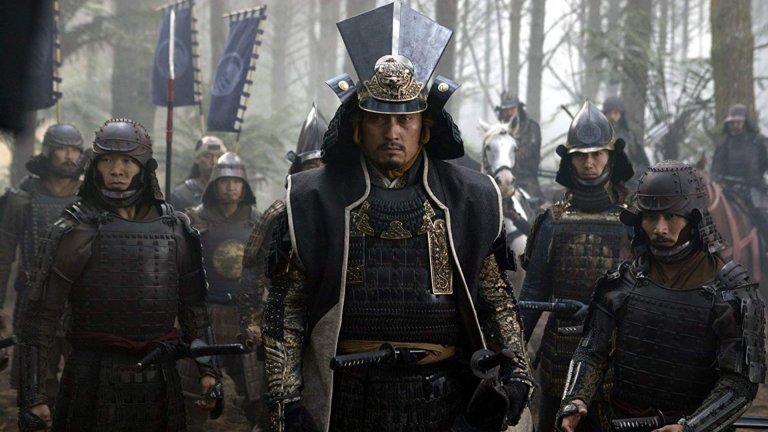 The filmmakers treated the samurai as such with exceptional respect. Tom Cruise's partners are proud warriors facing half of Japan, but their rebellions have not been very successful in reality. Samurai usually managed to attack a chosen target and succeed for the first time. But once the Imperial Army arrived, they had no chance, and the clash with better-equipped and well-trained opponents turned out to be disastrous for them.

In addition, in the nineteenth century, the samurai did not go into battle in their typical armor because they may have looked good and served body-to-body combat, but they could do nothing against bullets. And the scene in which ninjas attacked the samurai village was nonsense. Ninjas and their services ceased to be used hundreds of years before the film's events.

The Emperor On The Siding 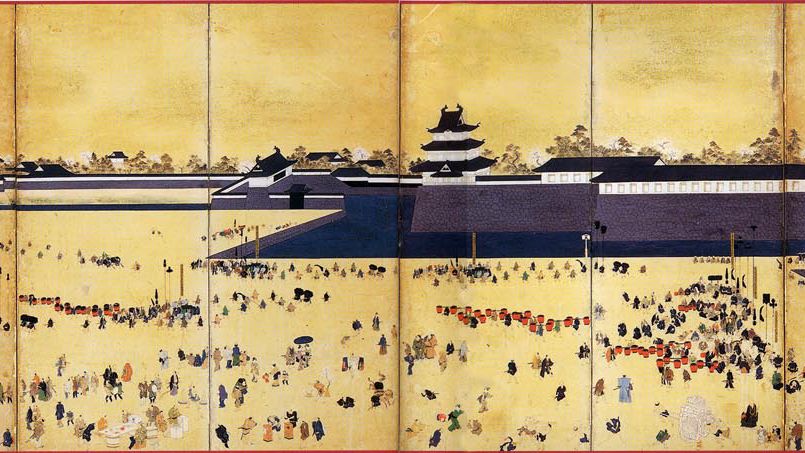 Samurai led the entire administration as members of a military aristocracy that was subordinate exclusively to the Shogun. The Tokugawa Shoguns, who lived in Ed (today's Tokyo), remained in power for the longest time.

During their reign from 1603 to 1867, the emperors in Kyoto were sidelined entirely. 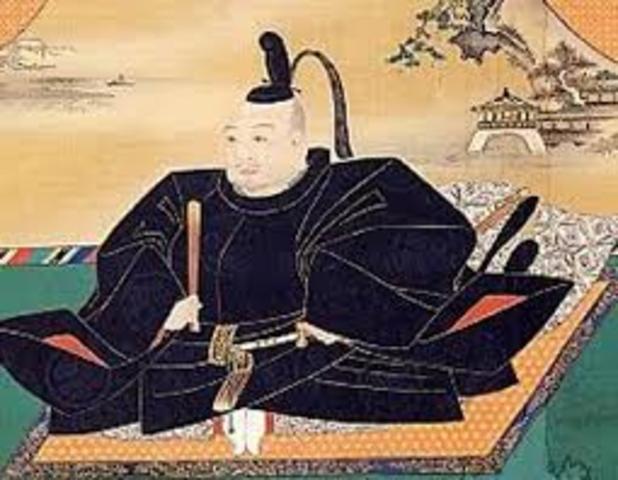 In the Japanese, it aroused a wave of resentment but also admiration. The progress of the Western world fascinated mainly the emperor, who immediately established trade with the Americans and decided to modernize the country. In 1853, the commander of the US Navy, Matthew Perry, arrived in the Gulf of Tokyo with a fleet of modern ships.

The Shogun did not like the idea very much, but they understood that the reforms in the army would pay off for them.

How To Train Shogun Troops 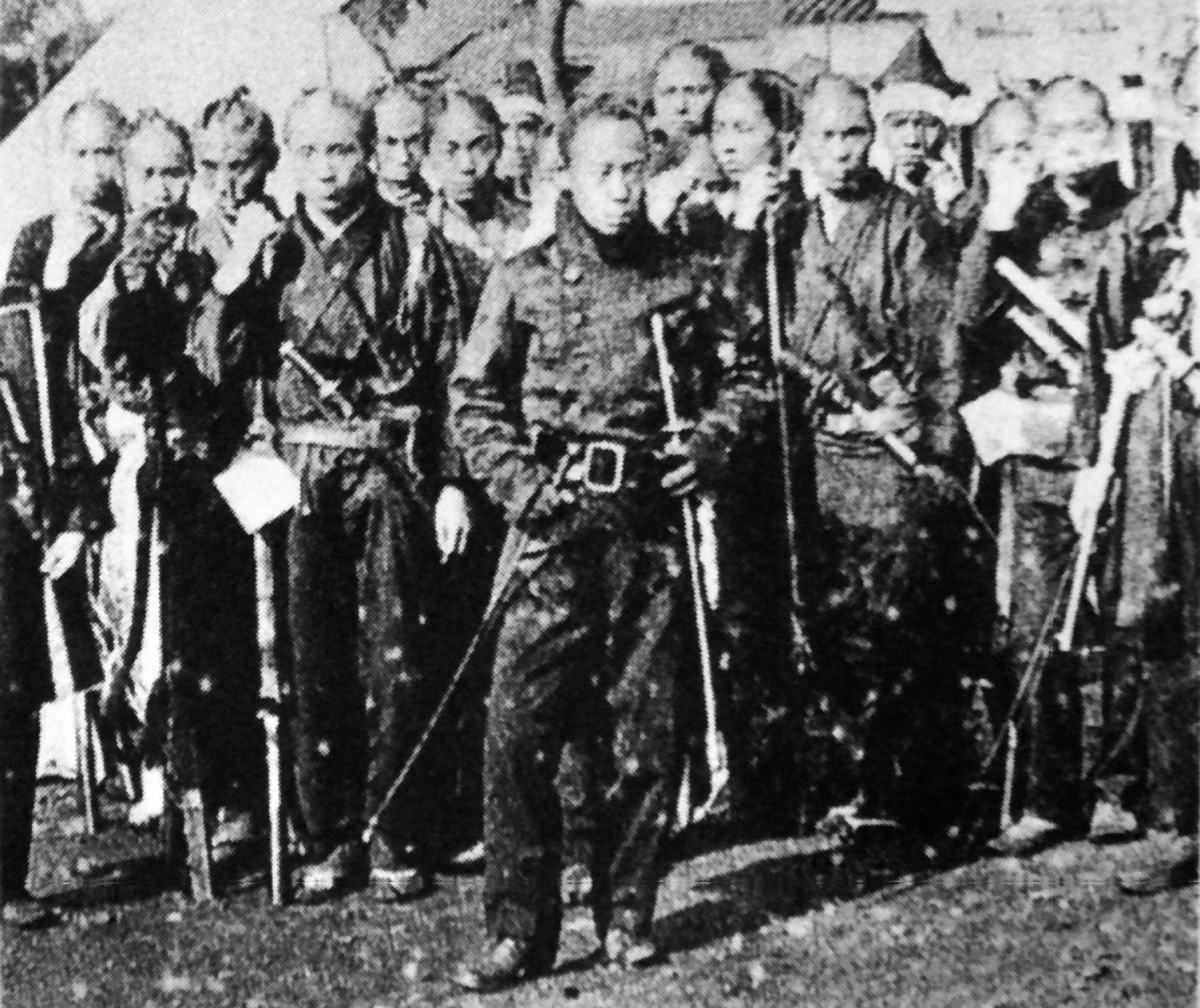 The samurai, however brave, were imprisoned mentally and with their armaments deep in the Middle Ages, when the art of fencing, the sharpness of the katana, and archery were decisive. And because they had good relations with the French ruler Napoleon III, they asked for his help.

In 1867, therefore, a team of experts from the French army arrived in Japan, including artillery officer Jules Brunet. The mission came in early 1867 and trained shogun troops for about a year. 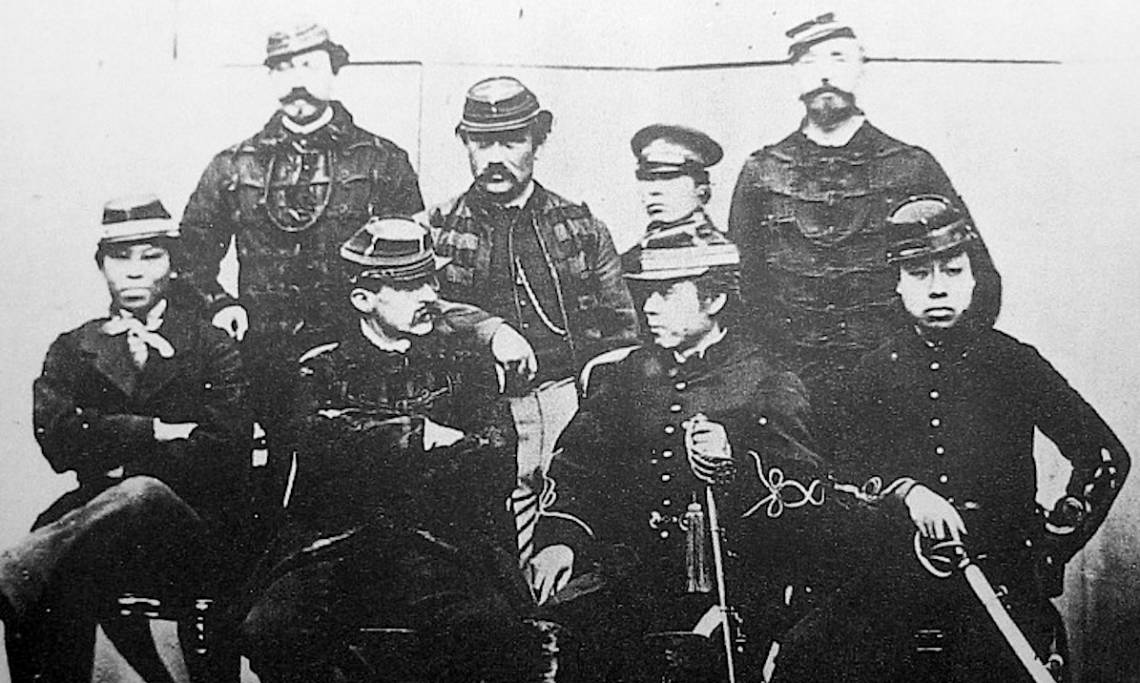 Jules Brunet was born in Belfort in eastern France. His father was a military doctor.

Brunet studied at the École Polytechnique, the most critical and well-known technical college in France. It is known for its highly demanding entrance tests and also for the fact that its graduates are considered elite in France. 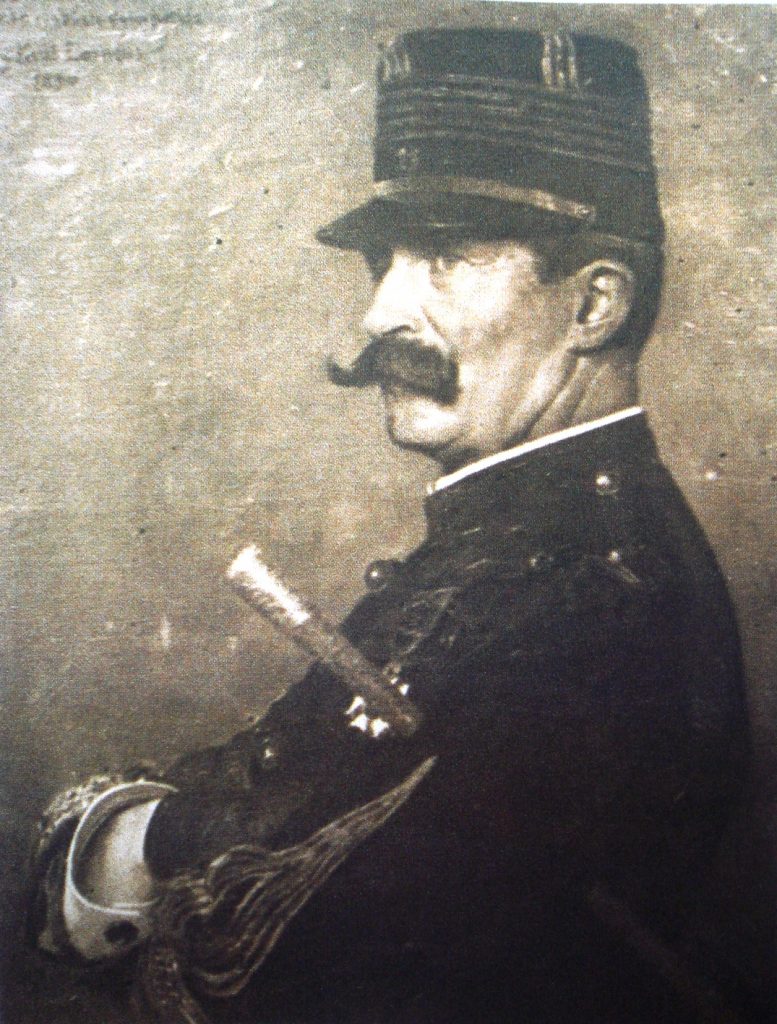 In 1859 he entered the artillery school, which he graduated in 1861 as a lieutenant. Until June 1864, Jules Brunet gained war experience during the French intervention in Mexico, and from 1863 in the ranks of the prestigious cavalry artillery regiment of the Imperial Guard.

After returning from Mexico, Brunet received the Order of the Legion of Honor, the highest French state award.

The End Of The Shogun Rule 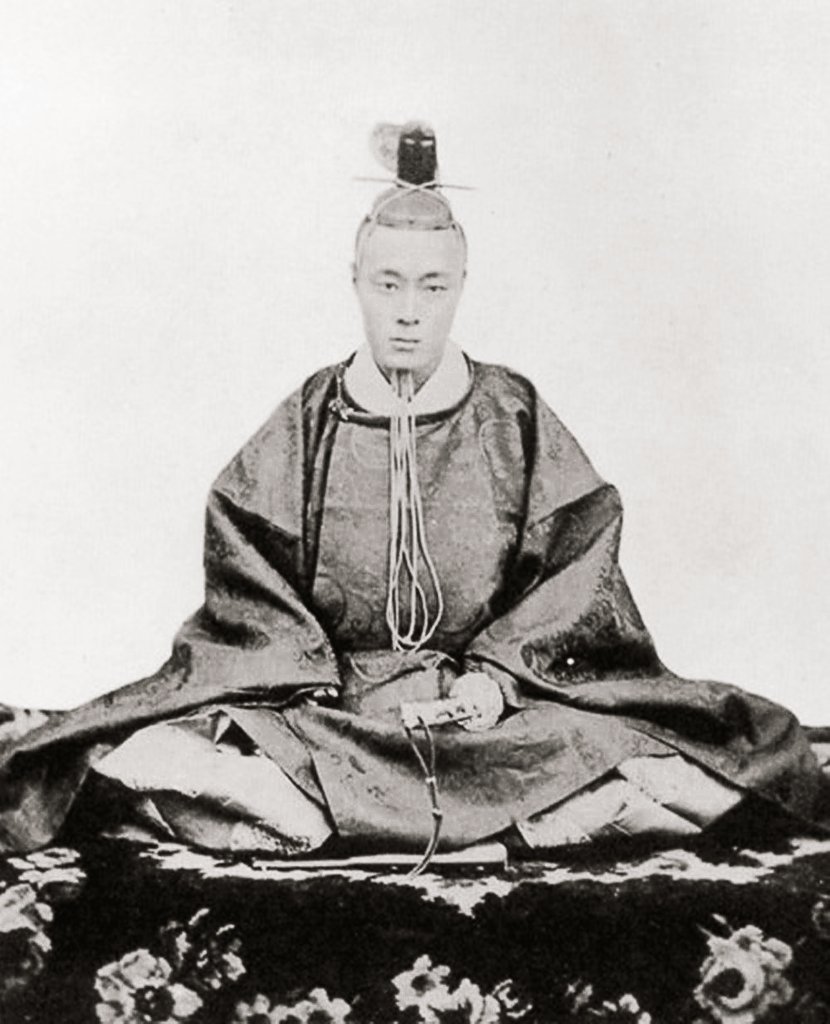 But back to Japan. Emperor Comei died in 1867, and his fifteen-year-old son, Mucuhito, ascended the throne. Proponents of efforts to return to imperial power tried to force the last Shogun Yoshinobu of the Tokugawa family to hand over power to the emperor.

On January 3, 1868, the Declaration on the Restoration of Imperial Power was solemnly read in the Imperial Palace in Kyoto. The Shogunate as an institution was abolished after seven centuries. 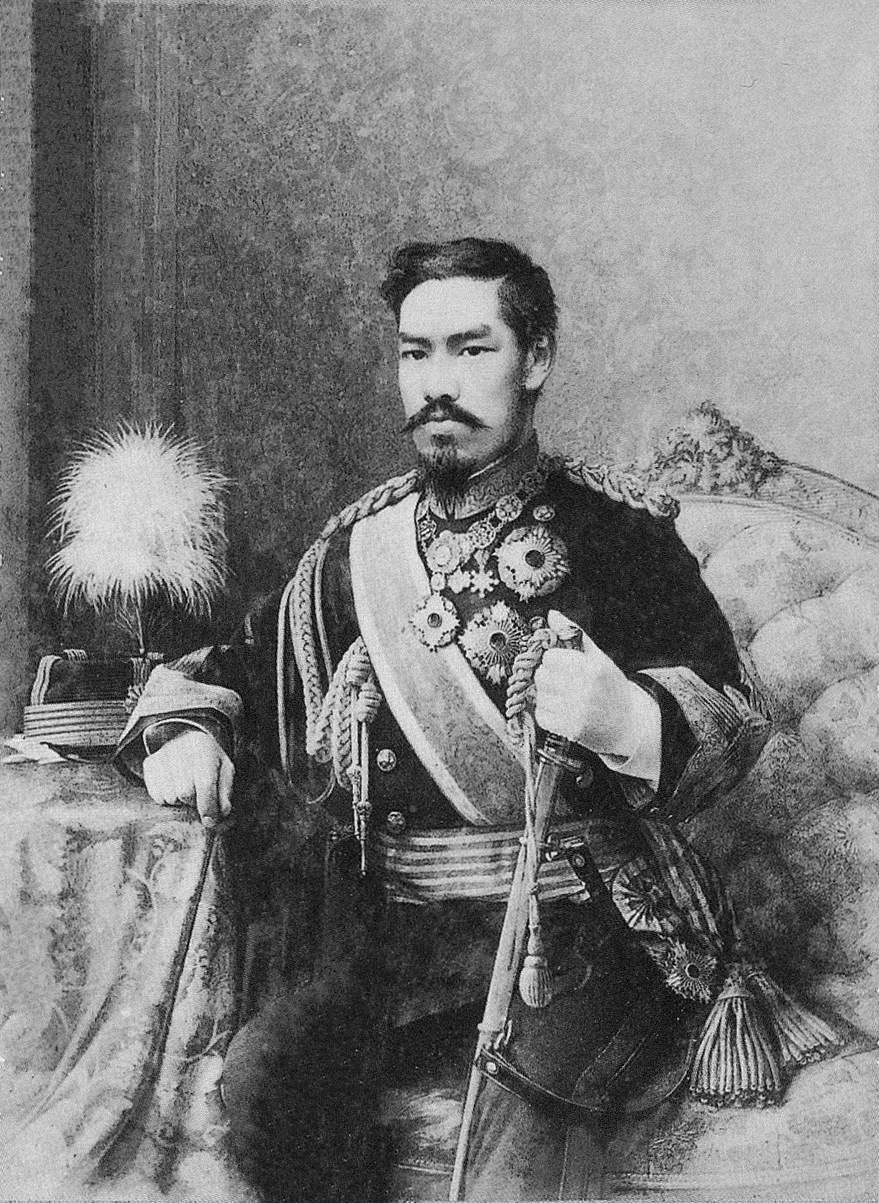 The samurai did not accept the development of the situation, and a civil war broke out. Emperor Mutsuhito sent a letter to France so that the advisers could pack their belongings and leave because they were serving his enemy. Most of the advisers obeyed, but Jules Brunet and a few others decided to stay.

"The revolution forced the military mission to return to France. But I stay alone, I wish to continue on my own decision"

Why Did Jules Brunet Really Stay?

Brunet justified this, among other things, because there was a large group of Japanese on the islands, very loyal to France. According to Brunet's estimate, there could be as many as 50,000, and you could use them one day. But this letter to Napoleon III was just a cover.

The main reason was the admiration for samurai that Jules Brunet started to feel. These fantastic warriors grew close to his heart, and he wanted to continue to be part of their community. 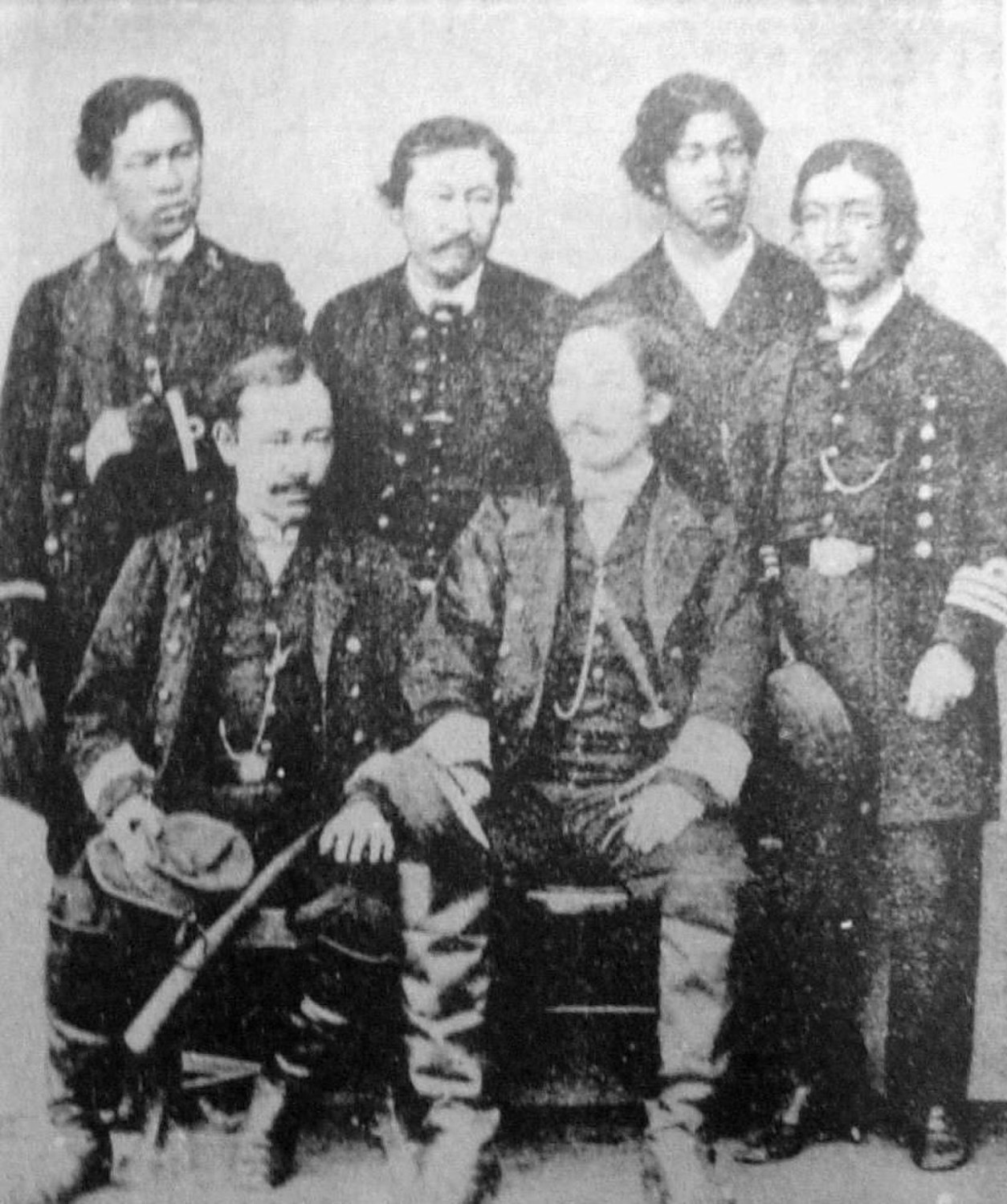 Shogun Yoshinobu Tokugawa launched a military campaign to Kyoto, where the imperial court was located. On January 27, 1868, troops attacked an imperial unit near Toby and Fushimi on the southern approach to Kyoto. With 15,000 men, part of the Shogun's army was trained by Jules Brunet and his military advisers, but most were medieval samurai divisions.

In contrast, although the samurai outnumbered them three times, the Imperial troops were fully modernized and armed with Armstrong howitzers, Minié rifles, and several Gatling machine guns.

The Happiness Of War Turns Away 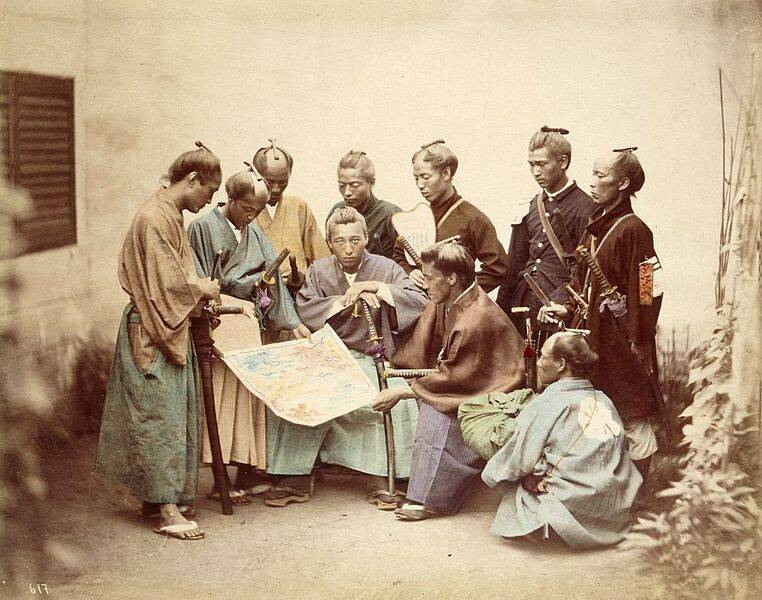 On February 7, 1868, Shogun Yoshinobu left Tokugawa Osaka and retreated to Ed. The samurai troops, demoralized by his escape and the betrayal of some of the leading commanders, retreated. They practically donated victories even though they had enough strength to defeat them.

Jules Brunet, Captain André Cazeneuve, and Shogun's Admiral Takeaki Enomoto fled to Ed after a battle on the battleship Fujisan. The next day they besieged the imperial castle of Osaka. The happiness of war began to turn away from the samurai.

The Shogun Gives Up 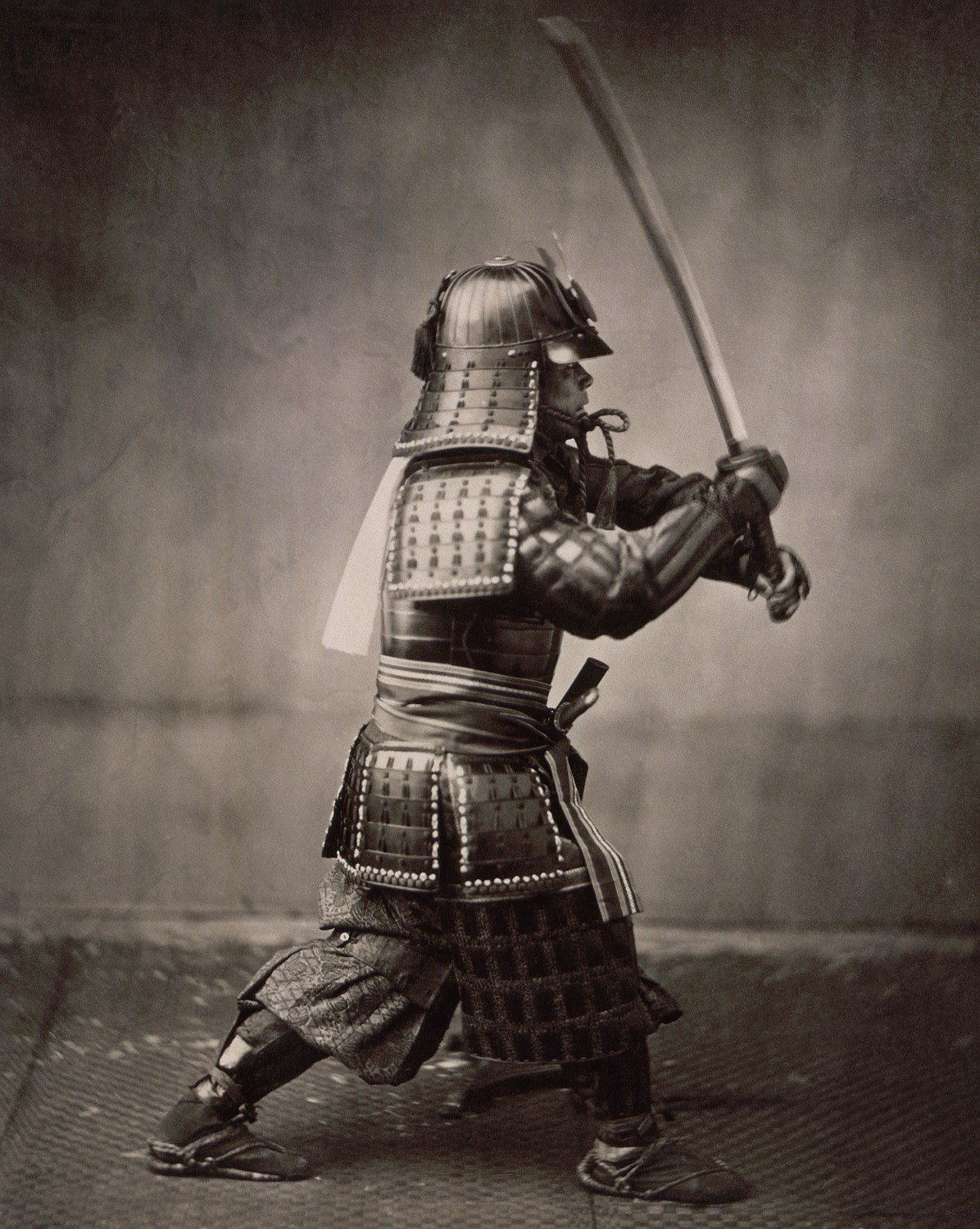 After a series of battles culminating in the fall in May 1868, Shogun Yoshinobu Tokugawa decided to surrender and sent a letter of capitulation to the emperor. Only a small group of samurai chose to continue the fight. The so-called Northern Coalition was formed, composed of nobles and clans who refused to obey the emperor.

Jules Brunet was with them. 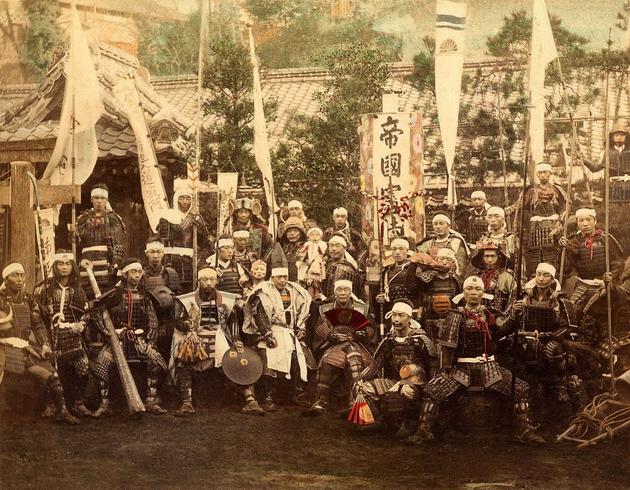 Despite the courage of the fighters, the Northern Coalition was eventually defeated. But that was not the end of the samurai resistance either. Coalition Commander Admiral Enomoto and Jules Brunet retreated to the sparsely populated northern island of Ezo (now Hokkaido).

On December 15, 1868, they proclaimed the rebel republic Ezo here, following the American model. Admiral Enomoto was elected president in the first elections in Japan's history.

Preparations For The War 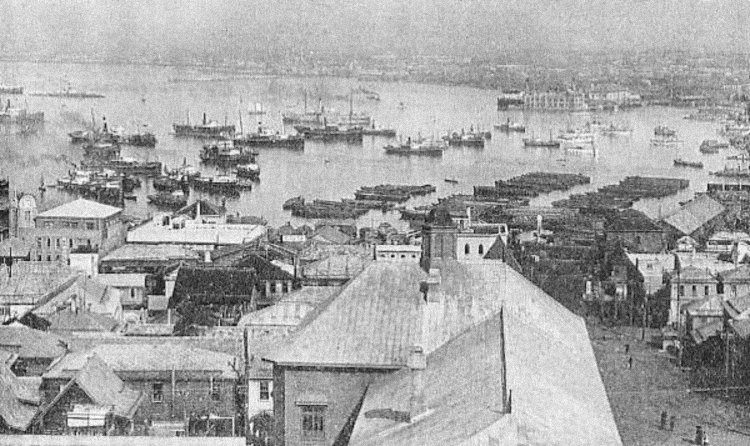 After the establishment of the republic, everyone immediately began preparing for war. South of the capital was Hakodate, a peninsula where the rebels built the Gorjókaku fortress. The army was under joint Japanese-French command.

Keisuke Ótori became his commander in chief, and Jules Brunet was his deputy. The army consisted of 4 brigades, each with a French commander. 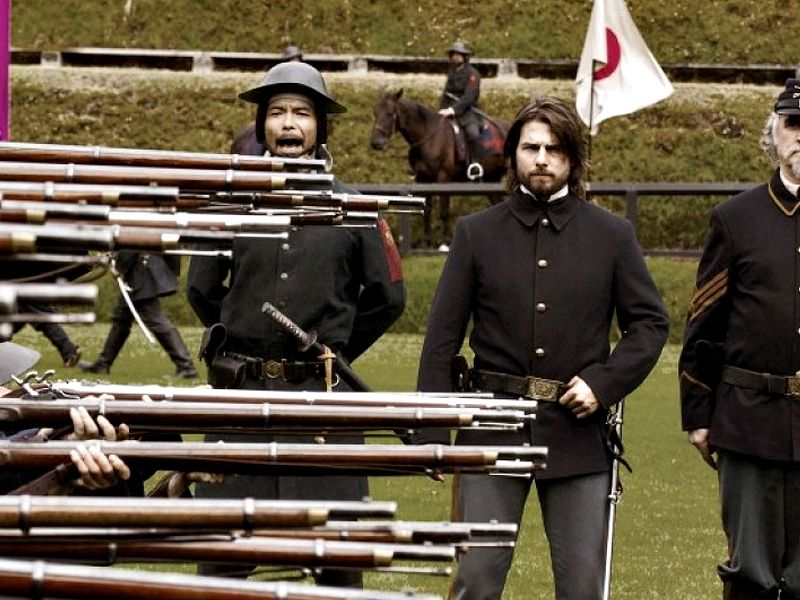 Imperial troops, meanwhile, consolidated the government in the still occupied territory, and in April 1869, a large navy sailed for the island of Ezo. The final battle of the whole conflict took place in the port of Hakodate. 7,000 Imperial soldiers stood against it against 3,000 samurai rebels.

In the end, the last group of 800 samurai remained in Gorjókak Fortress.

The Execution Is Canceled 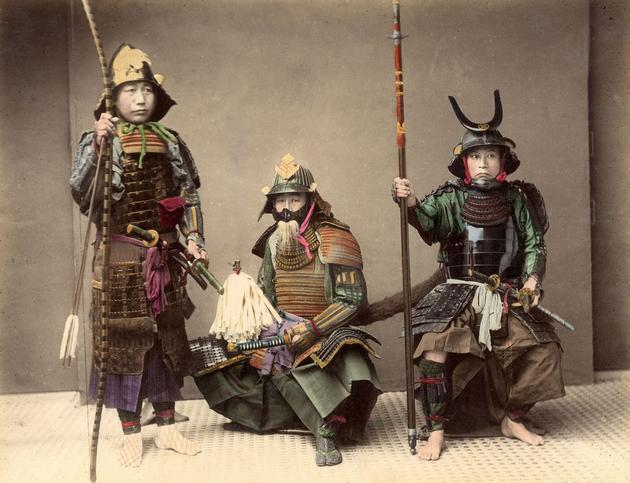 On May 17, 1869, Admiral Enomoto decided to surrender and handed over power to the representatives of the Imperial Army the next day. He was very impressed by Enomot's bravery, and he canceled his execution. The Republic of Ezo ceased to exist according to the surrender document 27.

June 1869. On August 15 of the same year, the island received the island of Ezo today its name Hokkaido ("North Sea Region"). As an influential rebel commander, Jules Brunet searched for the emperor, but he managed to sail back to France on the warship Coëtlogo.

Japanese Emperor Mucuhito demanded his punishment, but this did not happen. Instead, he continued to serve successfully in the French army.

During the Franco-Prussian War, 1870-1871, Jules Brunet was captured while battling for Metz. After the war, he played a crucial role in suppressing the Paris Commune in 1871. Jules Brunet's former ally, Admiral Enomoto, eventually bowed to the emperor and became the Japanese Imperial Navy minister.

Jules Brunet was promoted to brigadier and eventually divisional general in 1891. He served in the army until he died in 1911.