A mother and a gorilla bonded over the mom's human offspring in a rare and heartwarming moment. The gorilla mom was absolutely fascinated by the baby as the woman was visiting the Franklin Park Zoo in Boston with her baby and her husband.

Her son is only five weeks old, and they had come from Jefferson, Maine.

The woman was sitting next to a gorilla enclosure with her baby when the unexpected and touching bonding moment unfolded. Michael, the woman's husband, filmed the incident in which Kiki the gorilla can be seen pressing her face against the enclosure to have a better look at Canyon, the little boy.

The gorilla, aged 39, just had her fifth baby in October last year. It was her first son, and he's named Pablo. 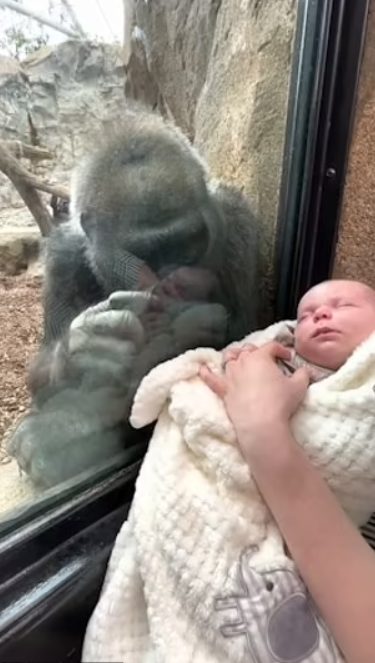 The gorilla was genuinely interested in the woman's baby, much to the fascination of many people, especially the family. 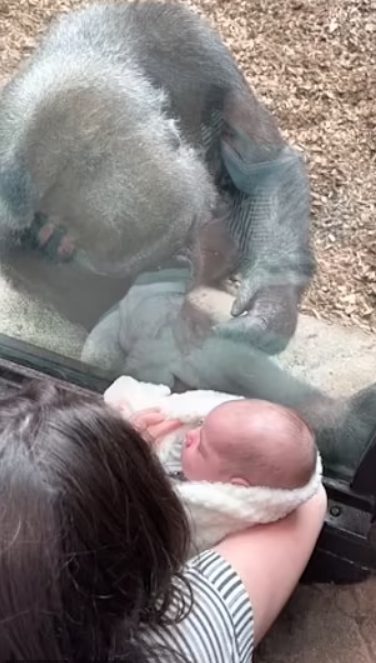 The gorilla tried to interact with the young boy through the glass.

In the background, many people can be heard saying 'Oh my God!' due to the heartwarming moment. As the gorilla approaches the glass, trying to get closer to the baby, the zoo visitors are pleasantly surprised. 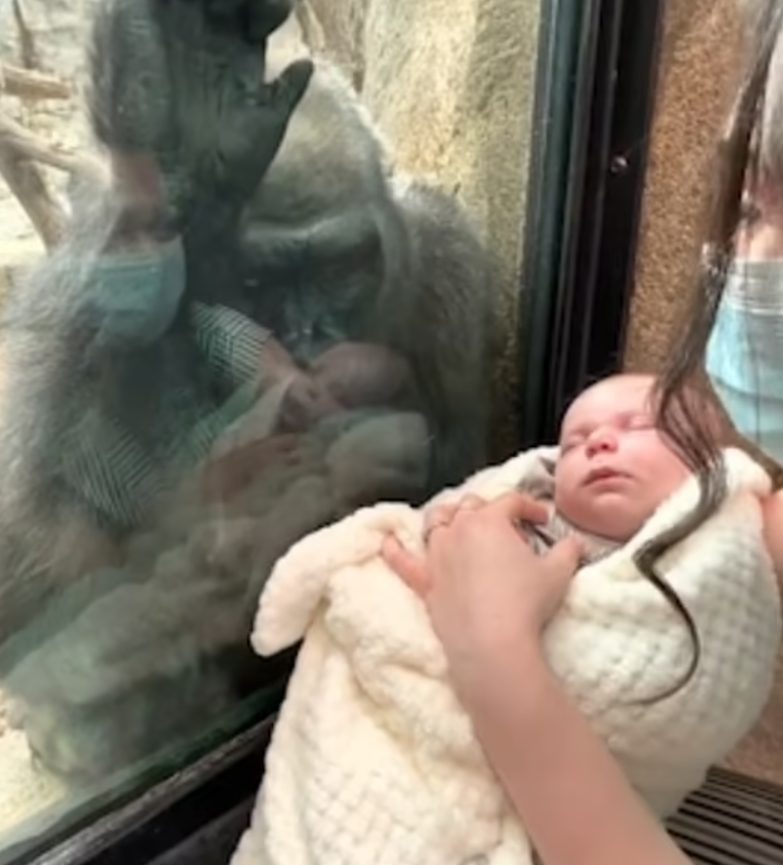 Kiki tapped on the window and pointed to the baby. She was trying to hold his hand but could not.

Although the baby was asleep as this happened, the gorilla could not take her eyes off the human offspring.

Soon a woman was heard saying, 'That is so cute' as the mom pointed out that the gorilla mom's baby was just behind her: "Look at her baby." 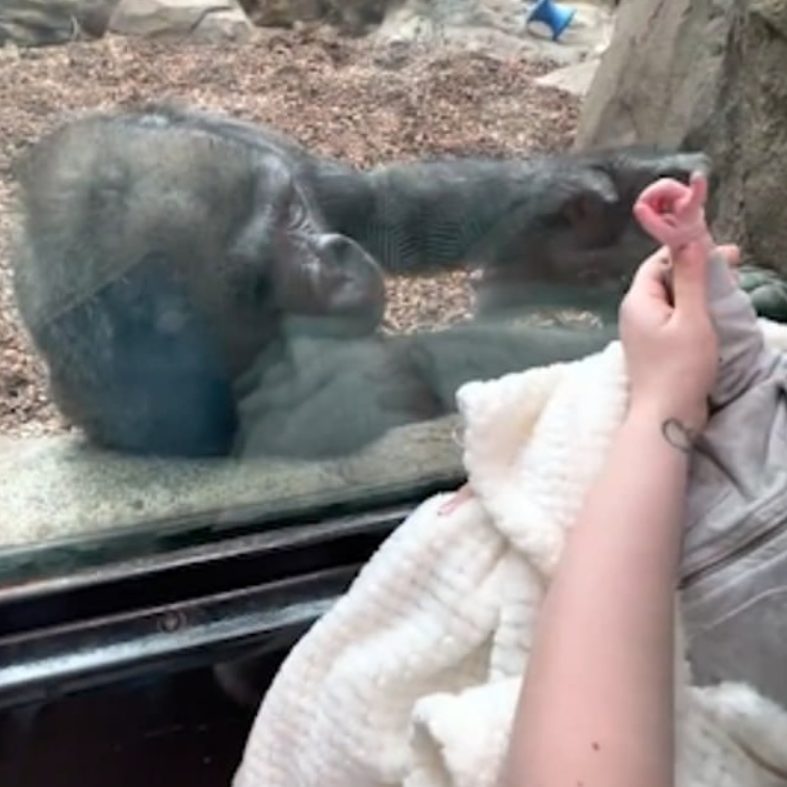 In fact, after a few minutes, Kiki lifted up her baby Pablo for the all to see.

The mom did not initially know what the gorilla was up to, but she could see the animal was looking around the corner of the cave.

Later, she figured out that the gorilla had taken a particular liking to her son, Canyon. The gorilla watched the boy for several minutes:

"For well over five minutes, she just sat there watching [Canyon], just staring at him, just so lovingly."

She later said that when she visited the zoo, she didn't imagine that she would have such an experience.

The Family Was Thrilled With Their Zoo Visit

After the incident, she stated that he and her husband were "just over the moon" over the beautiful experience.

When she first told her husband that the gorilla was interested in the baby, he thought she was just imagining things.

So, the next time the gorilla showed interest, the mom held up the baby and waved the animal over. After the gesture, Kiki took Pablo, put him on her leg, and went over to them.

According to the husband, the mom sat on the floor and Kiki came over and started an interaction with them.

"It was one of the most amazing experiences to see her trying to hold Canyon's hand, lick him through the glass, and she just kept on pointing to us and then down at him, almost as if she was telling us, 'That's your baby.'" 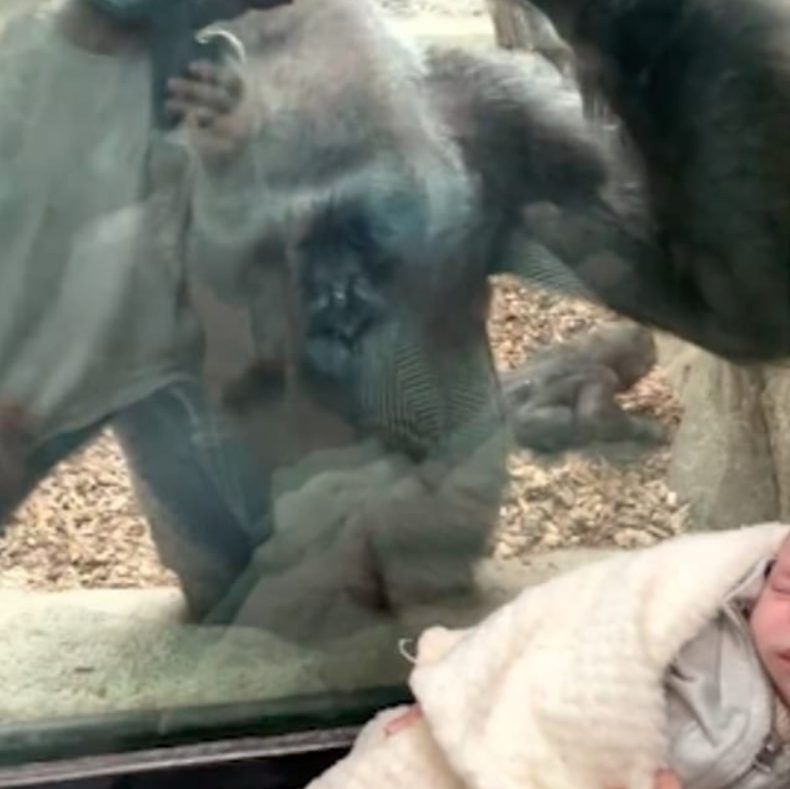 The husband later explained that the gorilla was talking to them with her hands. Apparently, at some point, the gorilla's baby, Pablo, even pushed his face to the glass.

The touching moment left the man and his wife with tears in their eyes. Many people around them told them they had never seen such a beautiful moment.

The couple looks forward to sharing the beautiful moment with their son one day.