When we look at history, we see that face and body hair have always been men's traits. The beauty standards of women, however, have been the exact opposite: a smooth and hairless body, among others.

Because there is an exception to every rule, some women are resisting society's "beauty" standards and embracing their body hair.

In the past, people treated women who had visible facial hair like sideshow attractions. In fact, some of these women had shows made out of them in the 19th century.

However, statistics show that almost 40% of women grow facial hair, many of whom suffer from serious depression. Additionally, about 25% of them think their facial hair prevents them from making progress in their lives.

More than 40% of them believe it is a major reason they don't succeed in relationships.

Now, many women are rejecting and pushing back against the stigma around female facial hair; they're embracing their natural hair and are not afraid to show it to the world. Some of these women are:

This bearded lady is an Instagram celebrity, model, and a life coach!

Harnaam Kaur, 27, was diagnosed with polycystic ovarian syndrome (PCOS), a condition that affects millions of women across the world.

Hirsutism is one of her conditions, which is best known for its excessive facial hair growth.

Harnaam was bullied at school due to her appearance. Fortunately, though, she is now very successful, becoming the first woman with a beard to walk in London Fashion Week in March 2016.

She also appeared in the Guinness Book of Records as the youngest woman with a full beard.

"I would personally never force anyone to keep or remove anything in their body. I live by one rule 'my body my rules' and I hope everyone does too."

She's very open about her condition and a very proud "bearded lady." Harnaam is a representative and spokesperson for the campaign "Eff Your Beauty Standards" launched by plus-size model Tess Holliday.

In an interview, Harnaam said:

"My diverse body has shaped me as a person. Most importantly, with or without my beard, I am still powerful,"

"I love my body and the way that she has formed, now I am here to help show others that they can love and cherish their bodies too."

In the past few years, Harnaam has seen a shift in the life choices of women.

"I believe that more and more women are beginning to realise and understand their worth,"

"There has been such a great development within the body confidence movement which is allowing a woman to become more and more confident and comfortable within their own body, and so they should."

"You are a masterpiece, a truly unique form of art; nothing else like you out there...protect it, cherish it, & act like it." 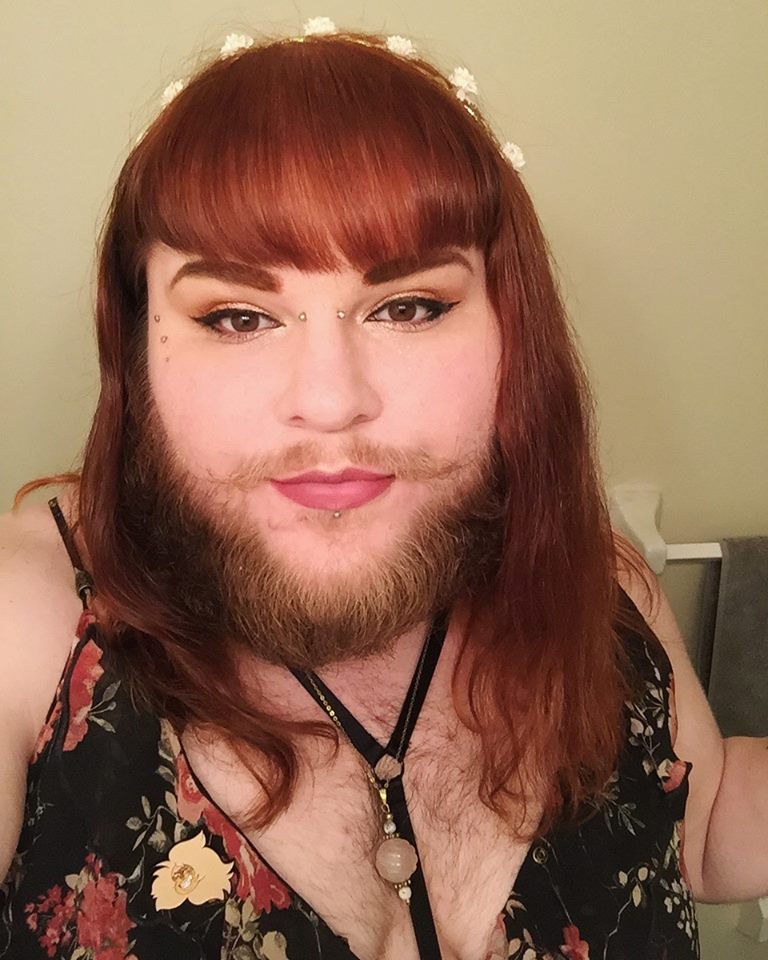 An American woman who suffers from PCS decided to embrace her beard rather than shaving it, she wrote:

"Women shouldn't have to shave if they choose not to, but what about those of us who have way more hair than what is considered socially acceptable?"

J.D. Samson first tried to hide her facial hair, but her mother and sister convinced her to stop worrying about it, and she finally embraced it.

She says that she has cute little hairs on her nose, as well as a baby mustache surrounded by pretty facial hair.

She truly embraced her unibrow:

Although having facial and body hair is a natural thing among women, it grows very thin and light. In contrast, hirsutism causes hair to grow coarse and dark, which is more common among males.

Sometimes, hirsutism is the result of virilization. Women who suffer from this condition have other male characteristics including:

Among all women, 10% are affected by hirsutism. The main cause of this condition is hyperandrogenism (when a woman has increased levels of male hormones.)

Obesity, metabolic syndrome, certain medications, and ovarian diseases may cause hirsutism. It might also run in families.

Women from South Asia and the Middle East have higher chances to develop hirsutism.

But who cares about body hair anyway? If you got it, flaunt it, right?