Sports day drama as a super-competitive mom pushes another parent out of the way and "sends her flying" in an attempt to win her child's school sports day race.

Sports days can be intense with tantrums from kids if they lose, some choosing to cheat and others rubbing wins in their peers' faces. 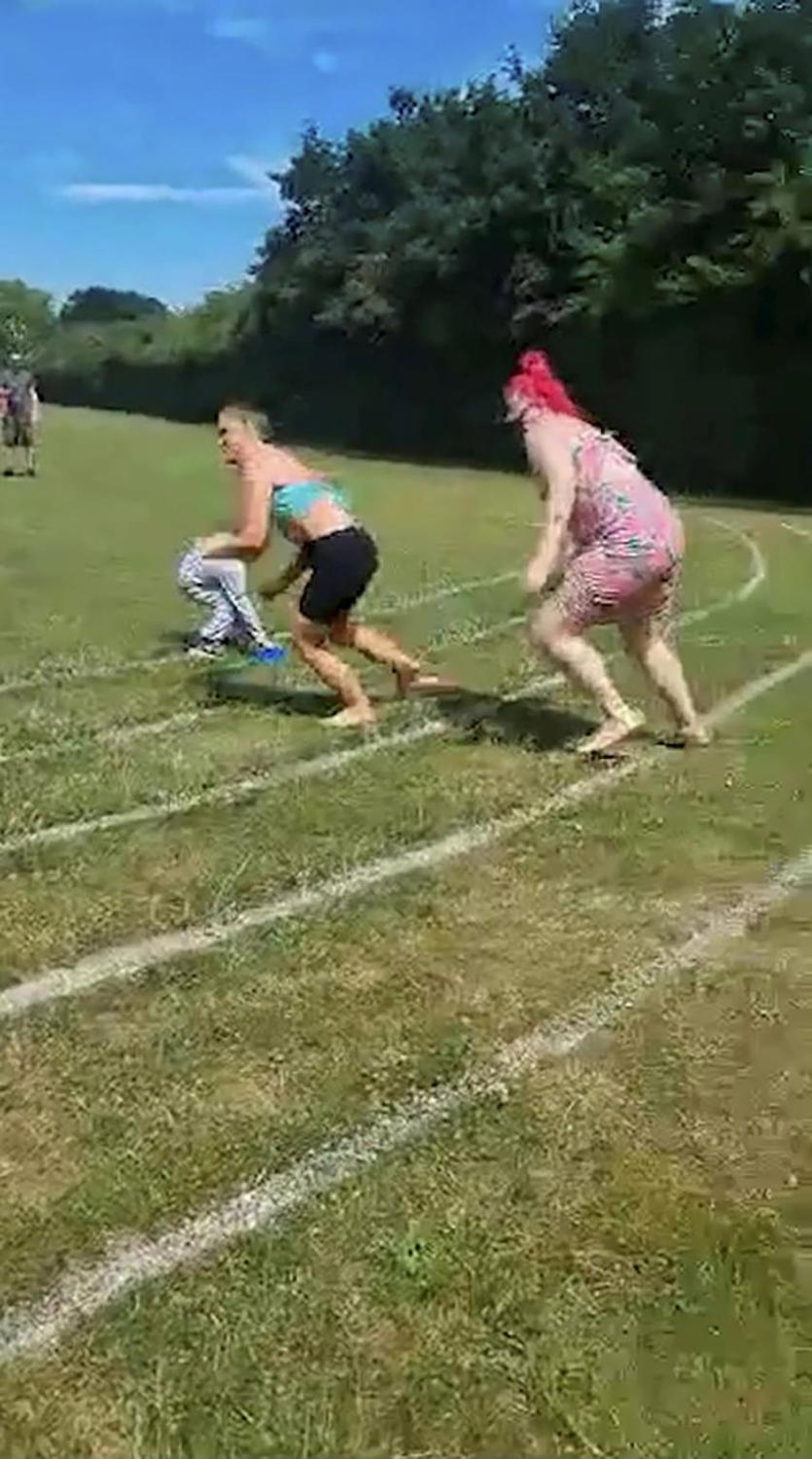 While healthy competitions are encouraged to push kids to give their best shot on the day, things can sometimes get out of hand.

Typically, you would expect the little ones to feel guilty for taking things too far, but one mom from Coventry, West Midlands, England, has recently revealed she would do anything to ensure victory in the parents' race. 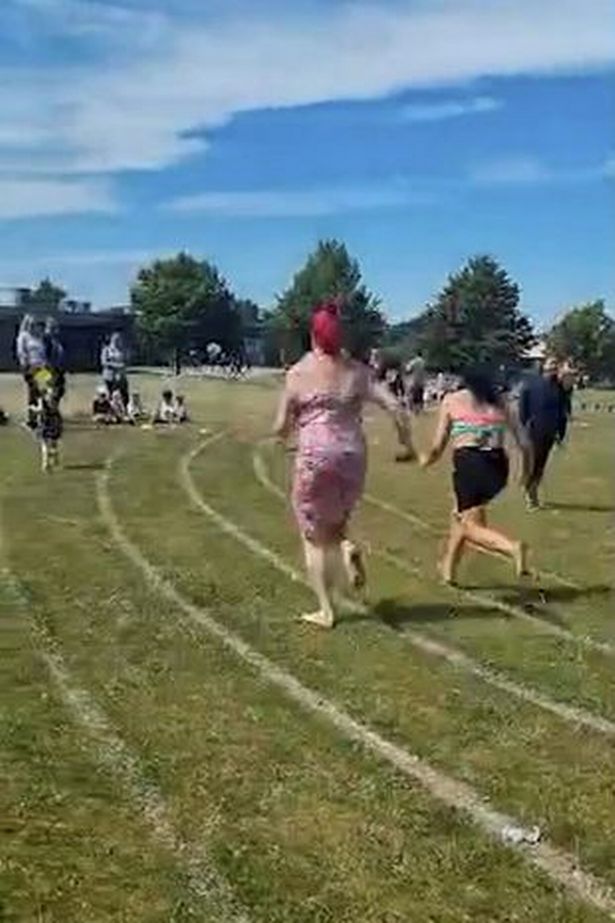 Katie McDermott, 25, refused to hold back during her daughter's sports day and was willing to do whatever it took to win.

In hilarious footage captured on the day, Katie — the red-haired mom in a maxi dress — can be seen running neck-and-neck with another mom to the finish line in what was initially a fair race.

However, after realizing she was about to be beaten, Katie resorted to dirty tricks and could be seen pushing her competitor aside, sending the poor woman flying.

When asked about the video, Katie said:

"I told my daughter I would be number one, so I had to be!"

"I could see [the other woman] was winning - so I just gave her a quick nudge, and she took off in the air."

"I don't know what possessed me to do it, I was just thinking about how I wanted to win so badly!"

"I didn't know the mum very well - everyone was shocked, but we just carried on as normal afterward."

"If you see this, sorry that I pushed you - I didn't mean to send you flying!" 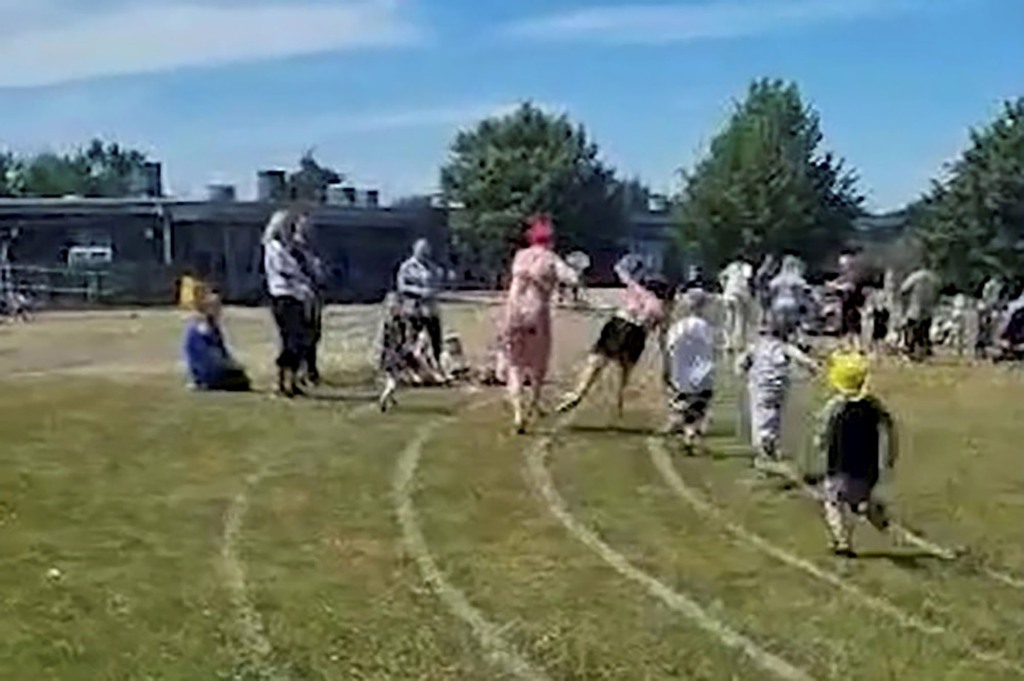 Just recently, another mom became an internet sensation after a hilarious video of her falling face-first at her daughter's sports day went viral.

Sharing the clip, Katie Hannaford, from Basildon in Essex, explained she was convinced by her youngest daughter to participate in the race.

However, she was left red-faced when she tumbled over, flashing her bottom and her thong to the entire crowd. 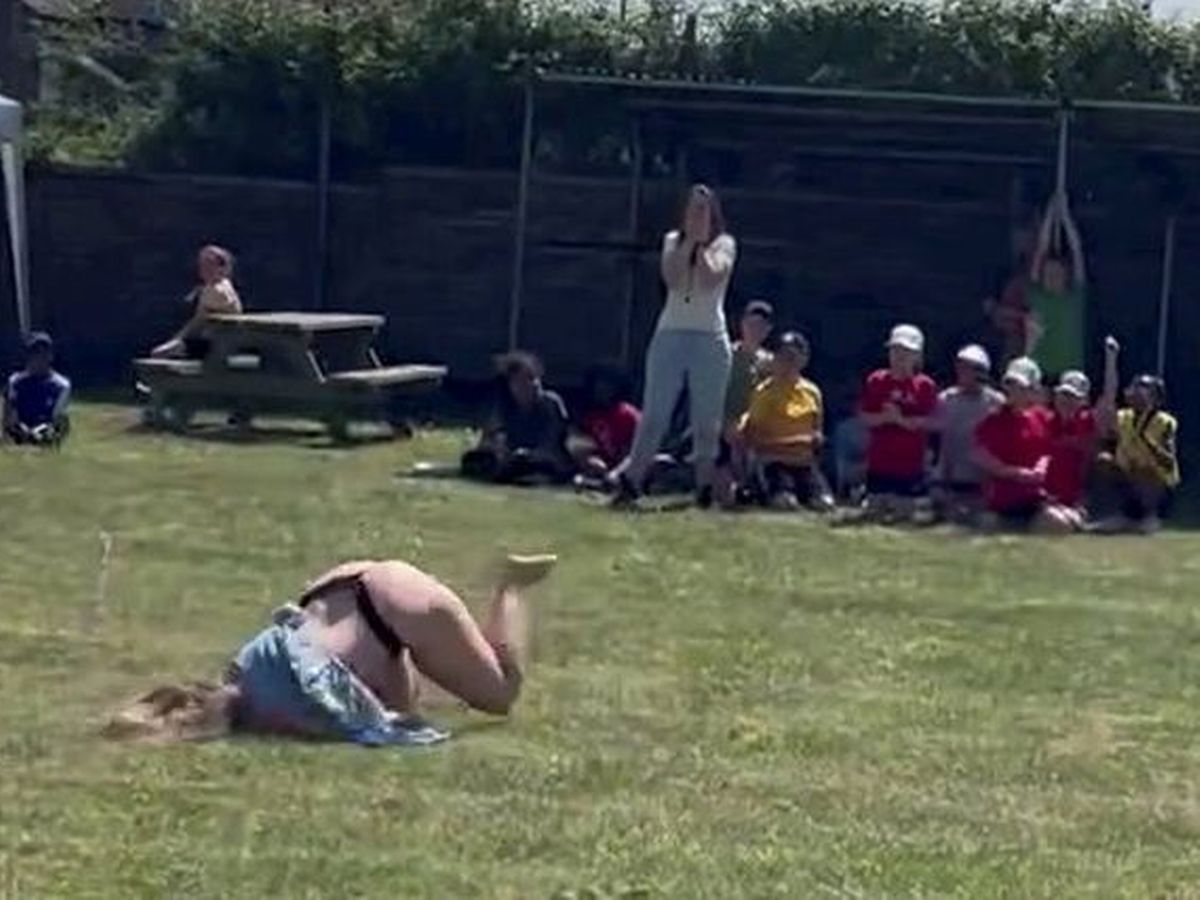 Describing the moment she fell, Katie said, "It went in slo-mo, so [she] felt it happen but didn't feel the dress go over [her] head."

Although Katie admitted she was a bit "humiliated" at the time, she said she had learned to "own it" and could see the funny side.

"Looking back, it's hilarious. Definitely, the funniest thing I've ever done in my life!"

Explaining the reason why she shared the clip, Katie added:

"Everyone deserves a laugh. It's funny, you can't help but laugh at it - we just need to laugh."