A woman was able to evade a £65 baggage charge while taking a Thomas Cook flight by wearing all her excess baggage on her.

The woman, named Natalie Wynn, traveled from Manchester to Fuerteventura, which is in the Canary Islands.

The 30-year-old was carrying baggage weighing 9.4kg when she was stopped by a security officer who went on to tell her that the limit was 6kg per passenger, and any excess weight would attract an extra charge.

She found an ingenious solution to her problem by deciding that the extra kilos would simply go on her.

To achieve this, she wore seven dresses, two pairs of shoes (more on this later), a skirt, a cardigan, and two shorts. That is an incredible achievement, and while some people might consider it a joke, it did help her avoid significant charges from the airline.

However, some had even offered to pack some of her clothes for her.

But her plan worked brilliantly. Once she was aboard the flight, a stewardess informed her that she could take off the excess clothes and put them back in her suitcase.

Due to the excess clothing, she admits that she was boiling by the time she boarded the plane. "I was boiling, absolutely boiling," the Greater Manchester resident explained.

Apparently, she had put on almost half of all that she had in her suitcase.

In addition to wearing all those clothes, she had to shove two dresses and two pairs of shoes down the dresses she had already worn.

However, the important thing for her was that the plan worked.

She also admitted that it was not like her not to confirm her baggage weight before trying to get on a flight.

However, she had checked in online, and she was stopped for her excess weight and was asked to pay £65 to get it on the plane.

She was not stingy either – she had booked an all-inclusive holiday, and she didn't bring much money with her as her boarding and feeding needs were already in order.

She had just about £60, and she did not intend to spend it all just to get her bag on the plane.

When she was told to pay the amount, she firmly informed the staff that she would not and began wearing the clothes.

The unusual sight caught the attention of other travelers, who cheered her on, and her friend also decided to do the same to reduce the weight of her bag and avoid the additional charges. 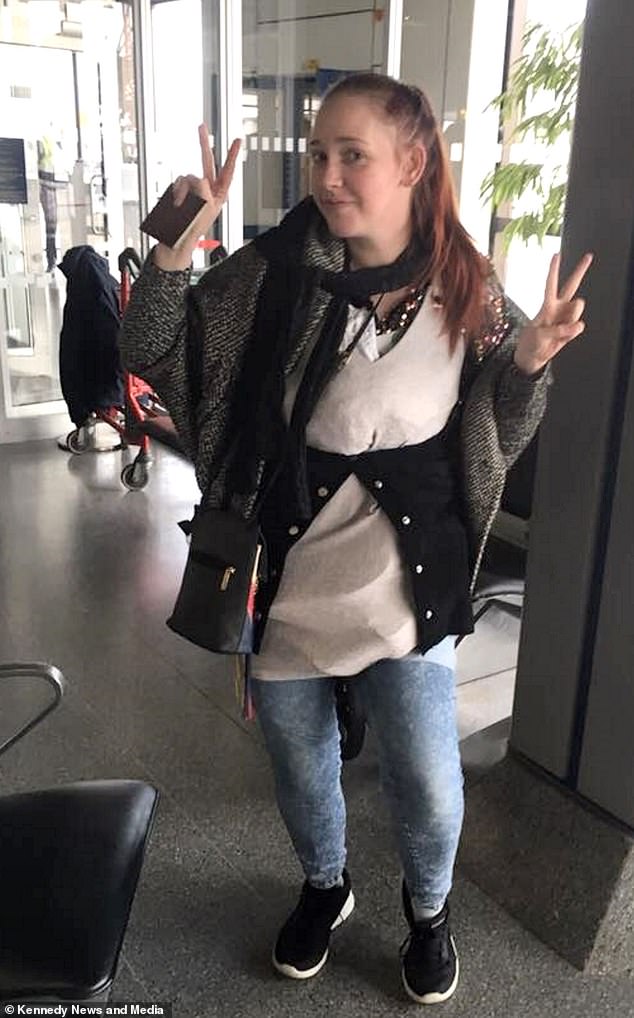 The few people who offered to take their extra baggage were told by the airline that they could not do that.

However, the woman at the security boarding desk did not seem amused by the sight.

Natalie admits that she felt like passing out due to the heat the clothes gave her, and people laughed when she began taking them off after getting on the plane.

Natalie is a mother of five, and she admits that saving that money put her in the right holiday spirit.

She is also glad that people seemed to take it well.

In fact, a spokeswoman for the airline bowed to her ingenuity. She went on to announce that they would be increasing the weight limit to 8kg.

The spokeswoman said this would help her travel less like Joey from 'Friends' next time.