Selling breast milk online doesn't sound like a great business idea. But, you're in for a surprise.

Julie Dennis, 32, from Florida, went through financial difficulties. She discovered that the online community is always searching for breast milk back in 2019, after giving birth to a surrogate baby.

Since then, she made approximetly $20,000 by selling her breast milk online to strangers.

It's a full-time job

According to Dennis, selling breast milk is a full-time job.

The mother of two and a primary school teacher came up with the idea when the baby she'd given birth to for another couple turned six months old. The baby no longer needed her breast milk, but other babies did. 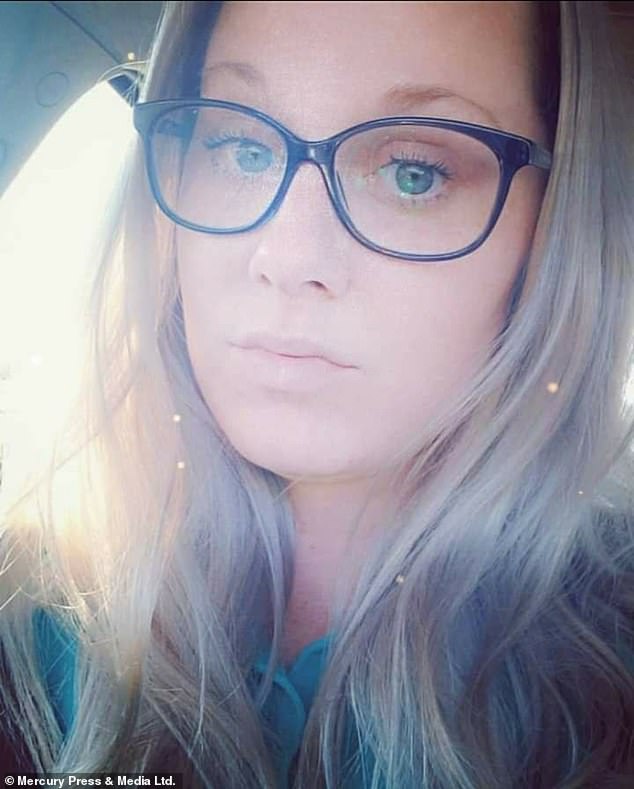 Dennis sells the milk for 90 cents per ounce (29.57 mL) to other families whose newborns were also born via surrogate or mothers not willing or unable to provide their own milk.

Of course, she met some backlash for selling the milk, and she responded:

It's not completely money-oriented, but I make sure it's worth it for my family and me.

I get comments that shame me for asking for compensation for my time spent pumping because a lot of people think it's free for me to make, so why would I charge for it.

I spend hours a day hooked up to my pump daily, which is time away from my family.

The process is time-consuming

Dennis further explained that the whole process is more than just pumping the milk.

Cleaning, bagging, and sterilizing all the pump parts between each use is also extremely time-consuming.

I wouldn't go into the store and assume I can get free formula, so it baffles me that people expect free breast milk.

Even charging one dollar per ounce, I get paid less than minimum wage once you add up all the time spent on it.

That's not to include replacing pump parts every six to eight weeks, the cost of bags, the cost of the sterilization units, and four different pumps that I use.

It is a lot of work to pump exclusively, and it is a labor of love.

While people may criticize the teacher for monetizing breast milk, she did provide milk for two babies until their first birthdays.

The mom has to watch out for her foods and nutrients to give the best baby milk possible. The market is quite competitive, but she's among the lucky ones.

There are many more people advertising than there are people buying, so I'm lucky enough to charge as much as I do because people can't really afford to spend all that money on baby food.

Babies aren't the only customers

Any job that has anything to do with female breasts attracts men. And Julie got some strange requests.

Many want proof that the milk is hers. Translation: they want to see her pumping her breasts.

They usually request videos or pictures, which is absolutely unacceptable.

I have always just blocked people once a request like that is made. 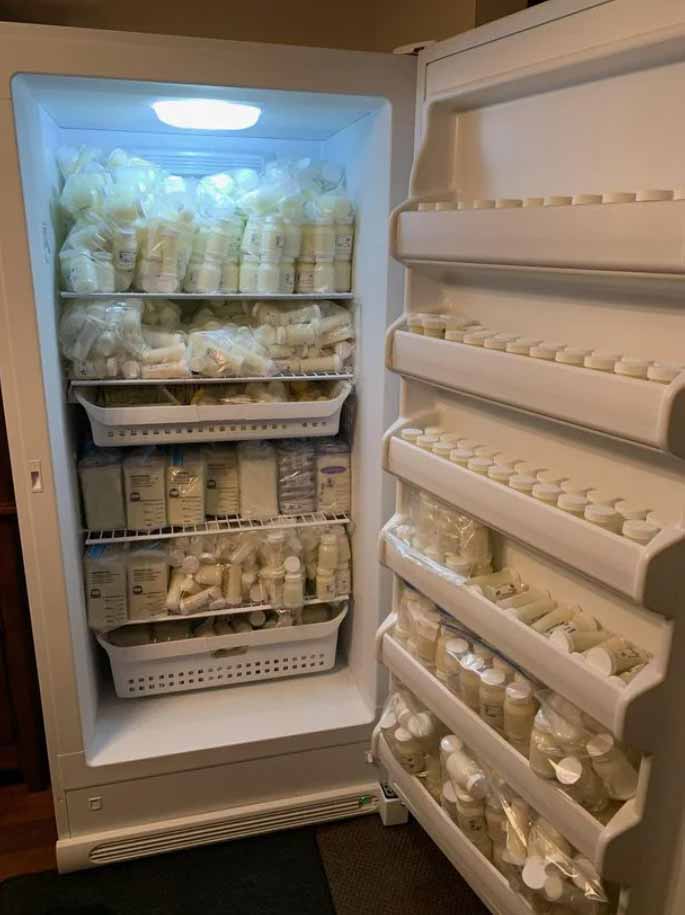 She started her business on Facebook, and now she even has a spare, for rainy days.

Adults also drink the milk because some believe it will help with their diet and building the muscles. So, while some men are just being men, others are investing in their health.

There's no real proof that breast milk can do any good for your adult diet. In fact, it can do the opposite, but this isn't the weirdest story out there, so live and let live.

Breast milk and the big bucks

Speaking about her earning, the mother of two is quite honest. She didn't make savings, but it did help her a lot. 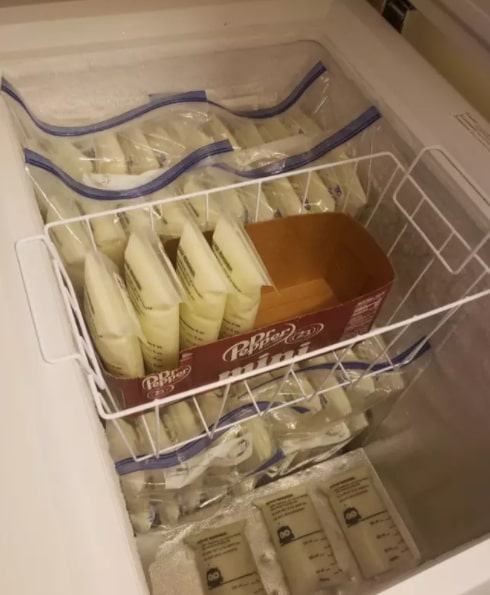 For the first six months or so, I just used it in addition to my income from work to pay bills and manage my household.

The last six months, I have just tucked it away in a savings account for a rainy-day fund.

I haven't done anything cool with it; unfortunately just built a little savings account.

It's a job, so as long as this Florida mom isn't harming anyone, you should respect her effort.

If you're an adult looking for breast milk, talk to your GP.