The boyfriend adopted two kids after their mom struggled with addiction and couldn't raise them.

Kids rely entirely on their parents or guardians to provide them with a safe home.

If a parent has addiction issues, they might be unable to offer this to the children. And for dysfunctional families like that, it's tough to feel a sense of security.

Here is a story of a man who knew that and stepped up to take care of two children when their mom neglected them.

When one mom succumbed to addiction, her two kids were the ones that suffered. Luckily, the mom's boyfriends came to their rescue and adopted the children to give them a better life.

The kids are grown up, and their inspiring story will warm your heart.

A Childhood Marked By Pain 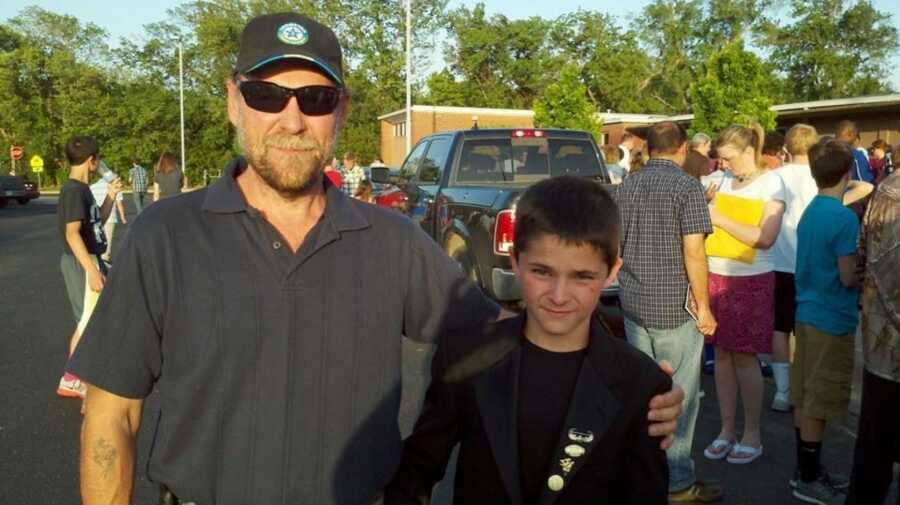 On Jordan Benewiat's 8th birthday, a mom got drunk. This was not uncommon for Jordan, or her brother Jarred.

The siblings always hoped that their mother would change her ways one day, but this never seemed to happen.

On one particular night, their mom got excessively drunk and became violent. She was shouting and slurring and started breaking things in their home.

When her boyfriend, Steven Benewiat, came home from town, he found the kids in distress and decided to call the police. Social services then took the two kids. 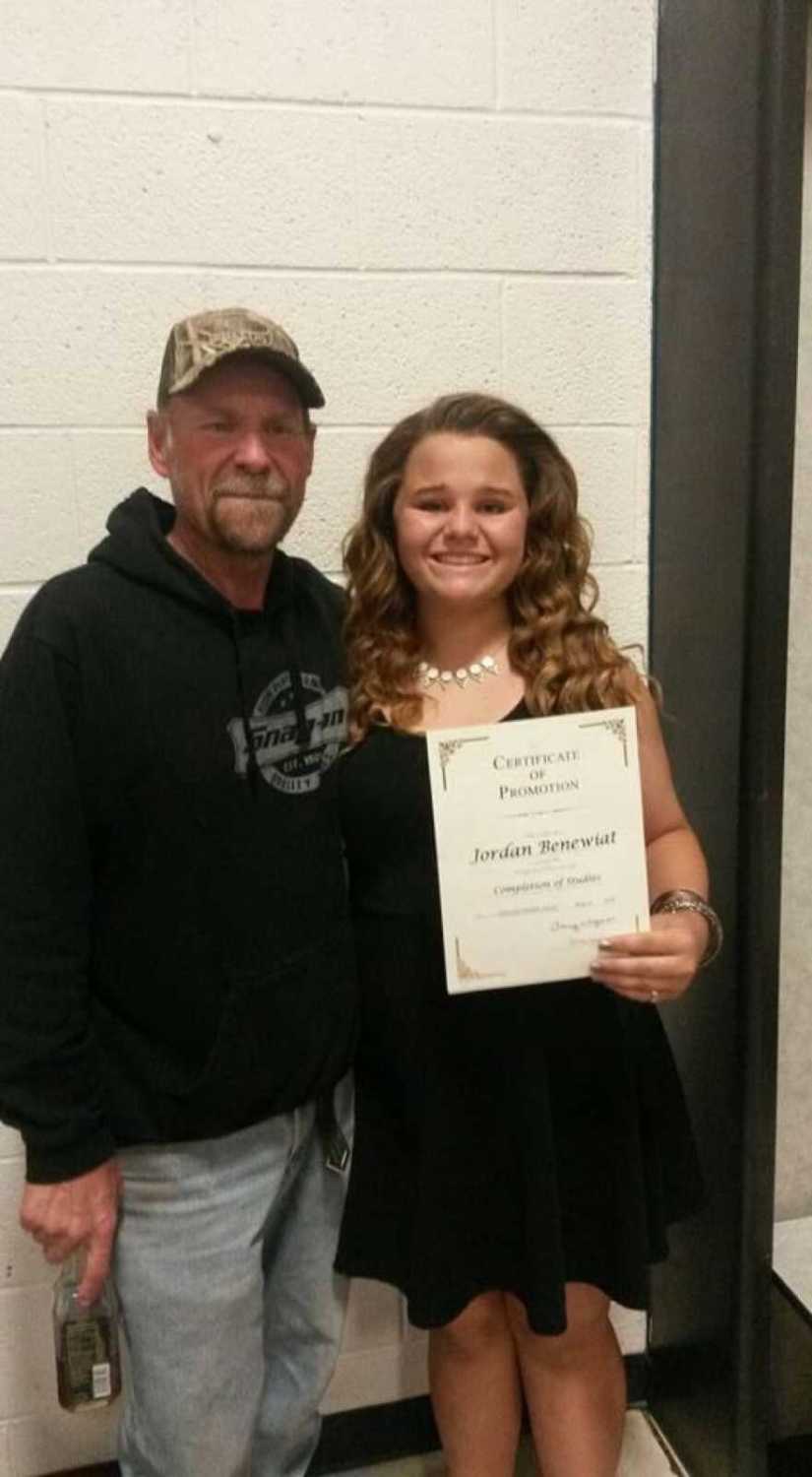 Steven was determined for the children to move in with him.

So, he applied for foster care, and since the state couldn't find another suitable home for the kids, it awarded him emergency fostering rights.

In an interview with Love What Matters, Jordan — who is now a young adult — spoke of their adopted dad, saying:

"The first time I saw my dad cry was the day he thought we were being taken by the state."

"I had no idea why he was crying in the courtroom, but when he explained it to me, I burst into tears, and he just hugged me until we had to leave, OK."

"Luckily, by divine intervention, he was given emergency foster rights."

The Adoption Was Successful, And The Kids Healed From The Neglect Trauma 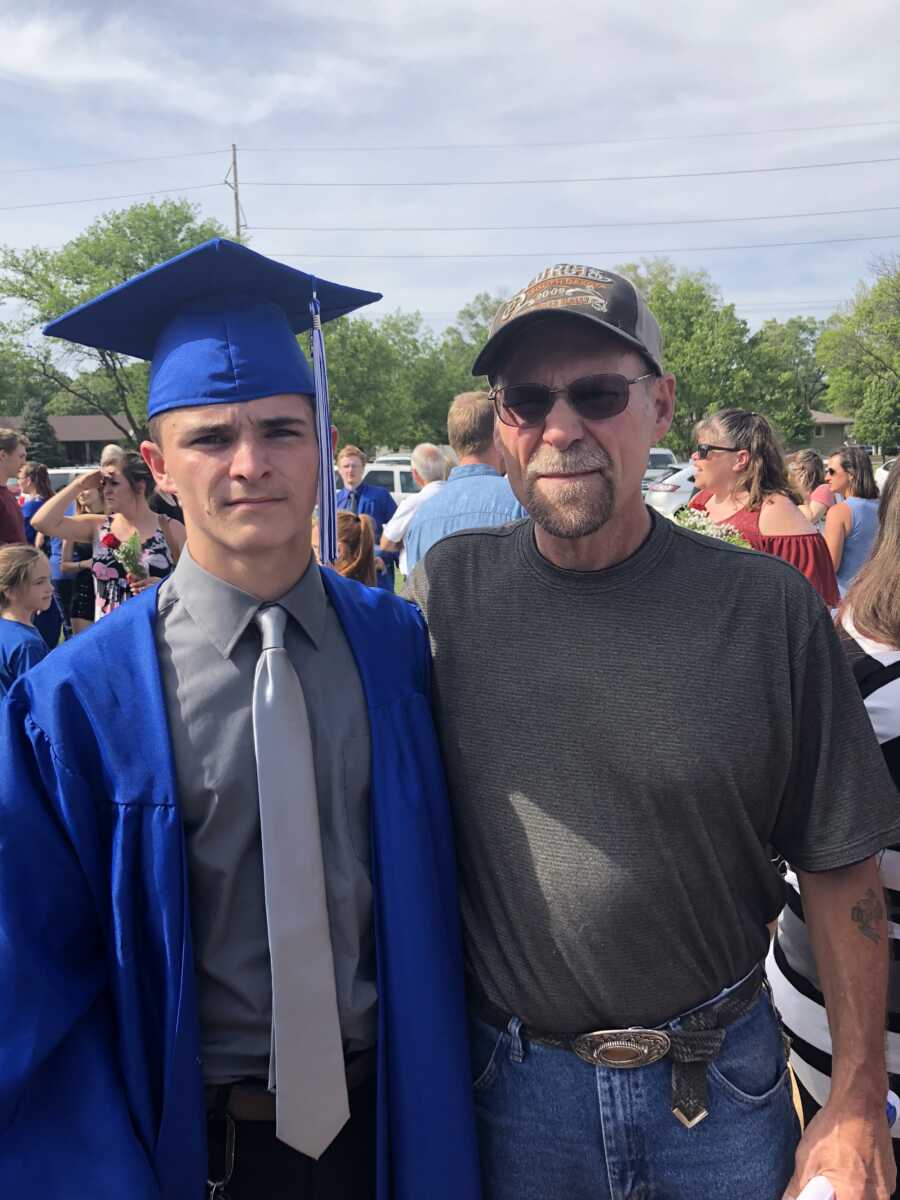 It took three years after the incident for Steven to officially adopt Jordan and Jarred.

Since the day the two were placed in his care, their lives changed for the better. They received love, attention, care, and stability they lacked when they were under the supervision of their mother.

"My dad gave me stability and safety I had never known before."

"Before I met him, as far back as I can remember, I was scared and worried. My brother and I had to worry about whether we would eat if we would go to school if our mom would die from drinking too much."

"[Steven] showed up every time we needed him to. He gave me back the second half of my childhood."

"I was finally able to ride my bike, go to school, play sports, and never worry about dinner. He gave me someone you want to call when my life feels like it's falling apart. He gave me the safety I had never known."

"My life wouldn't look at all like it does without him."

To speak about her father's kindness and the gratitude she has for him, Jordan made a TikTok video explaining their childhood story.

The video has garnered more than 1.4 million likes, and over 9 million views and the comments are full of support and love for Steven.

In the video, Jordan says:

"For the world to stop and say 'hey man, thank you for being a good man is something I never thought I'd see."

"All I want to do in this life is to repay and be worthy of the sacrifices he made for two kids who had nothing left."

"So, for so so so many people to pour that love back into him has made us feel like he's finally getting the recognition he's deserved his whole life."

Because of the love, Steven gave to Jordan and her brother throughout her childhood, she has been able to heal from her traumatic past and grow into a happy young adult.

She counts her relationship with Steven as one of the most important things in her life.