In an extreme cut-out swimwear, a model risked exposing her upper body while posing on a yacht.

The brunette beauty looked stunning as she showed off a black and animal print swimwear by Fashion Nova that came with cut-out sections.

Fans were left stunned as she casually posed on a yacht and displayed her incredibly toned body.

The photos were posted to the Nova Swim Instagram page with the caption: "Him: 'What Are You Doing?'

Viewers were treated to a series of images of the model flaunting her body in a two-piece suit as she reclined on a yacht. 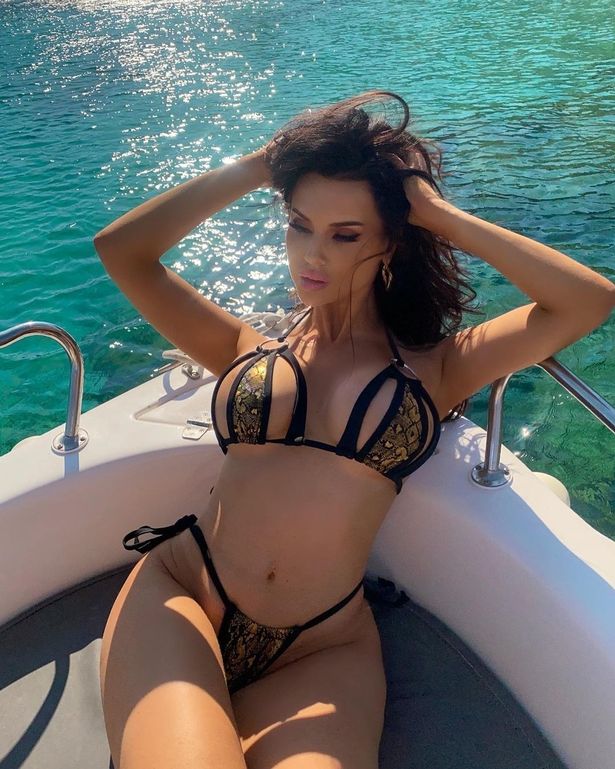 The top of the two-piece bathing suit included two cut-out sections around the bust, making the suit sexy but daring.

The bottom part was also quite small and fastened at the sides by black ties.

With the animal print top set off by black and bold sections, the model chose a timeless, seductive design.

She wore a gold chain around her waist which also gave her a bit more sexiness.

People felt the decorative addition was quite saucy as it hung across her hips and skimmed her belly button. 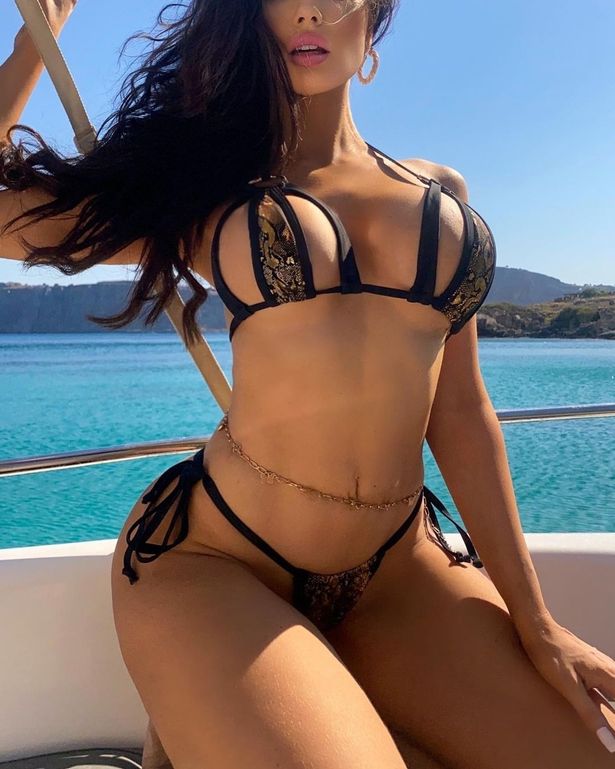 The brunette donned a soft glam look with smoky eyes and light pink lipstick, and she looked beautiful and elegant.

While some pictures showed her lying in the sun, others showed her assuming control of the boat and taking the wheel.

More than 1000 people have liked the photos since they were shared, and several others have left comments. 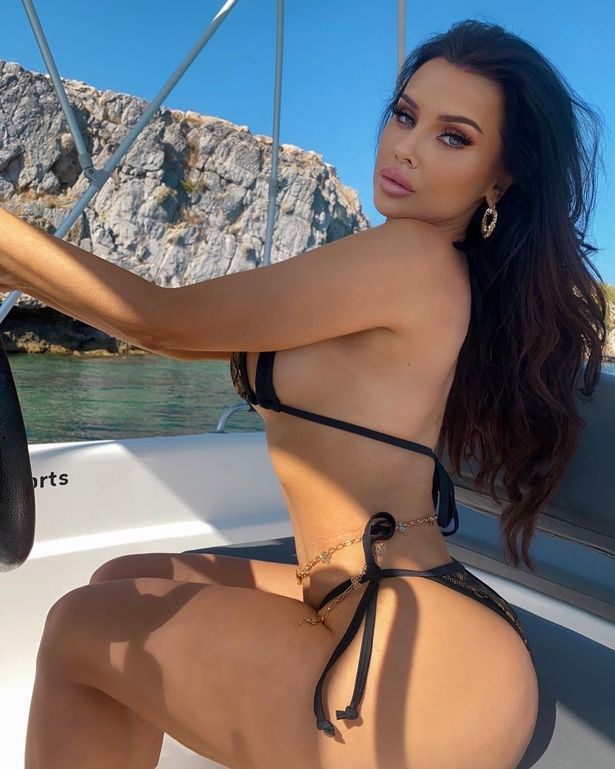 One commenter said: "I just love waist-chains on a woman.

"That's my weakness right there."

Another added: "What a body."