Cleo Smith was found at a location that was just seven minutes away from her home. However, it took 18 days for the girl to be recovered after she went missing during a family camping trip.

Her parents were horrified when they discovered that the 4-year-old girl had been snatched from their tent. A frantic search started immediately, and hours turned into days and days into weeks before she was finally located, alive and healthy.

Cleo Smith went missing on October 16 and was found in early November.

The police found her at a house after a "needle in a haystack" clue led them to the locked house. The authorities stormed the public housing home and found the girl alive at 12.46 am on November 3.

As the days went by, the police were concerned that the girl could have been anywhere in the country. However, they later realized she was just 3km away from her home.

However, the little girl was still 75km away from the campsite from which she was grabbed.

As officers took the girl into their arms, they asked for her name, and she said: "My name is Cleo."

The police found her in a rundown home on Tonkin Crescent in Brockman. The location is in the northern suburbs of Carnarvon in northwest Western Australia.

The girl's home is a couple of kilometers from her home in South Carnarvon.

The unlikely clue emerged when the rundown home's resident, a 36-year-old man, was seen buying Kimbies diapers at Woolworths.

By the time her parents found out she was missing, Cleo had already been kidnapped and locked up in the house. Her mother, Ellie Smith, and Jake Gliddon, her stepfather, woke up at 6 am to discover that their little girl was not sleeping next to them as they expected.

Her baby sister, Isla, was still in the tent. The family was camping at Blowholes campsite.

On the night of November 2, the police got an unlikely tip-off about a car. The tip was confirmed using phone data and other forensic leads.

Hours afterward, they stormed the suspicious house and recovered the girl.

The Police Left No Stone Unturned 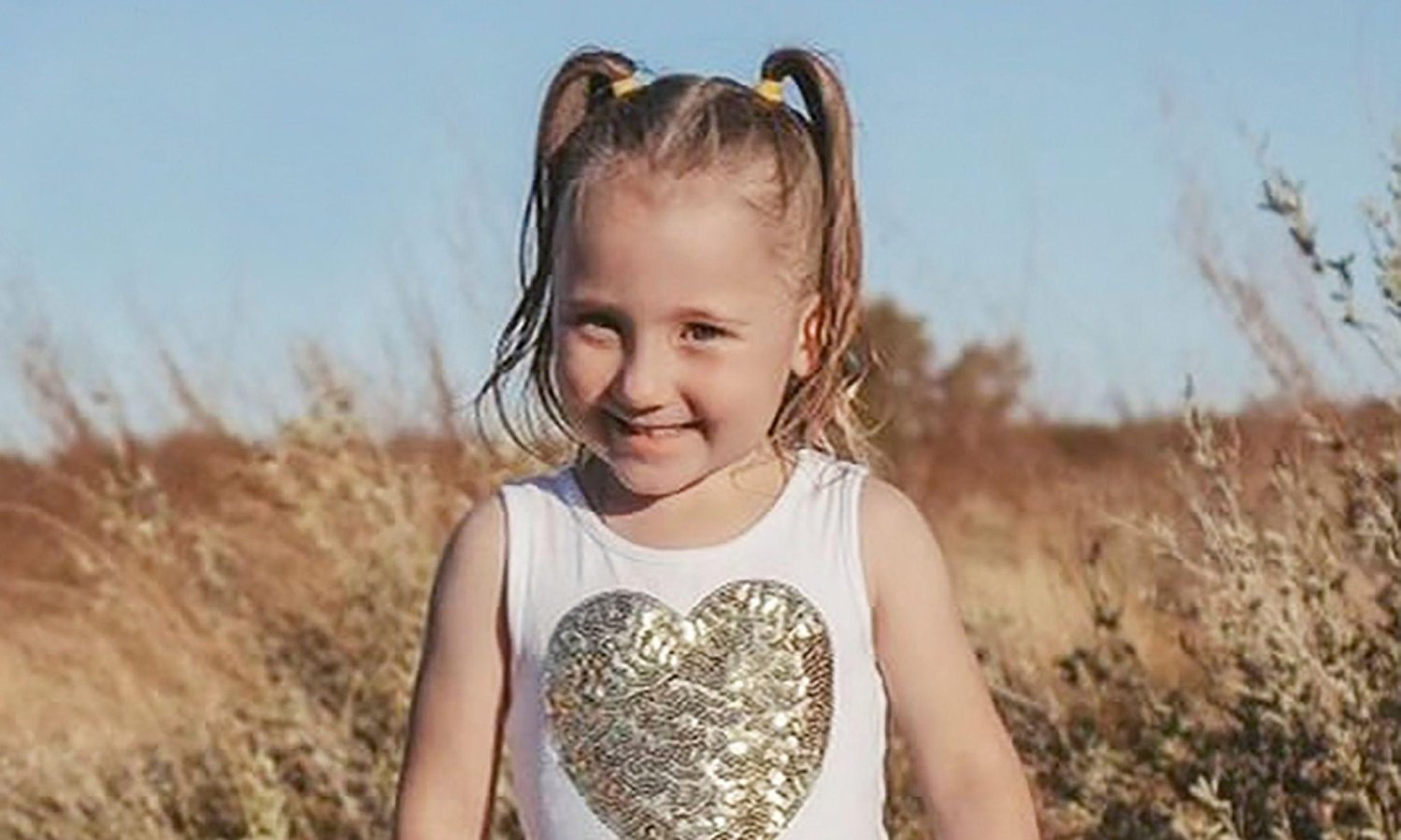 The police went to a lot of lengths to track down the little girl. That included getting statements from witnesses, collecting phone data, collecting DNA, collecting highway rubbish, taking fingerprints, and gathering CCTV footage.

With a million-dollar reward, the police could get even more information from the public about the girl's possible whereabouts.

"The million dollar reward helped us with collecting even more from the members of the public. Everyone came forward to helping us. There were car movements, there were phone movements, there were antecedents of people, the jigsaw fit the puzzle. We had to find that needle. Last night the needle in the haystack came out and they acted in a heartbeat."

The most important tip-off also turned out to be the last piece of the puzzle in a case that had been an endless source of frustration to the authorities. There were growing doubts that Cleo would never be found, and the possibility that she could be found alive seemed increasingly unlikely as the days went by.

The clues that led to her recovery included neighbors hearing a girl crying in the suspected kidnapper's house to the man responsible for being seen walking around the streets shopping for nappies, although he had no kid.

Nevertheless, the residents of Tonkin Crescent did not figure out what was going on until the girl was finally recovered. That's when everything finally made sense.

The residence consists of public housing, and one of the neighbors got suspicious when the man was seen shopping for Kimbies diapers at the supermarket. Another neighbor recalled seeing the man buying nappies at Woolworths but didn't connect the dots until the girl was finally found.

The Man Who Had The Girl Was An 'Oddball' 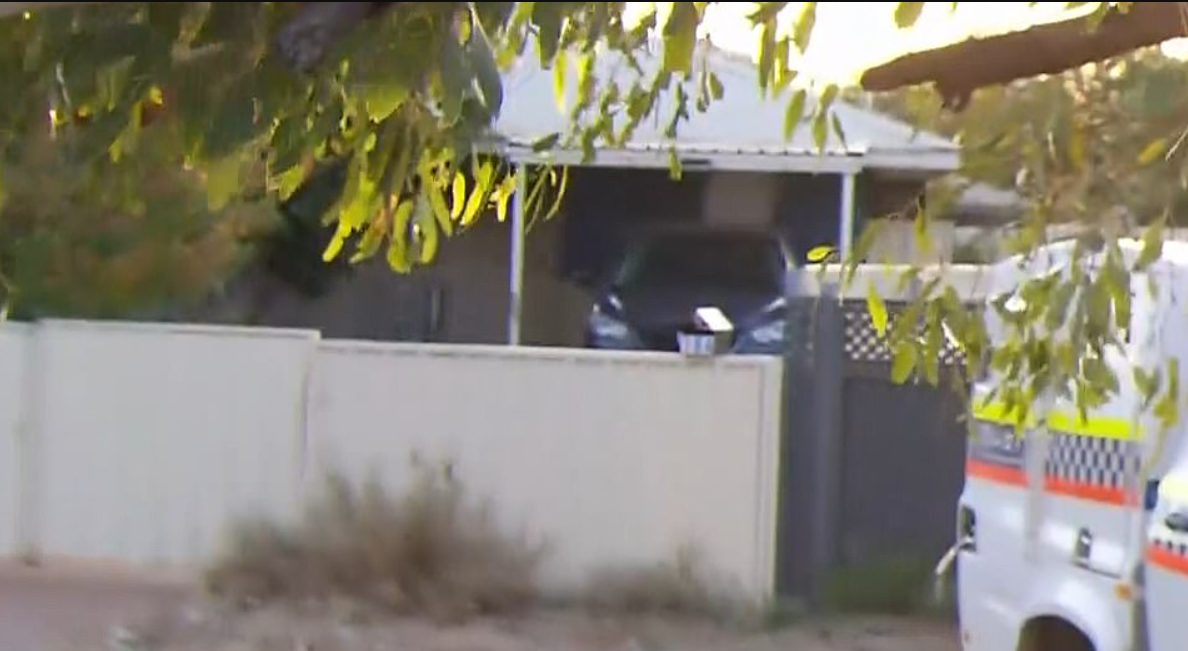 Another neighbor, Sahntayah McKenzie, remembered hearing a little girl crying at night. However, she did not think much of it at the moment:

"Not last night, the night before it… I heard a little girl crying but I wouldn't expect it to be Cleo,' she told the West Australian. I didn't expect it would happen in this little neighborhood, a lot of people know each other."

Another resident, Henry Dodd, also remembered that the police were driving up and down the street before raiding the home.

According to the neighbors, the kidnapper was a quiet man who could not be expected to be responsible for a kidnapping. Many neighbors know the man, and they were utterly shocked when it was discovered that he was the kidnapper:

"We got a shock ourselves that it was him."

Another neighbor was shocked that the girl had been that close to them. According to a resident, Renee Turner, the man responsible for the kidnapping was an "oddball."

"He is a very quiet guy, bit of an oddball… definitely wouldn't have picked him… it has completely derailed me."

However, Renee figured out that the police might have had a solid clue given their unusually high presence in residence. That is something she has not witnessed in a very long time.

Neighbors Couldn't Believe That The Girl Was So Close To Them 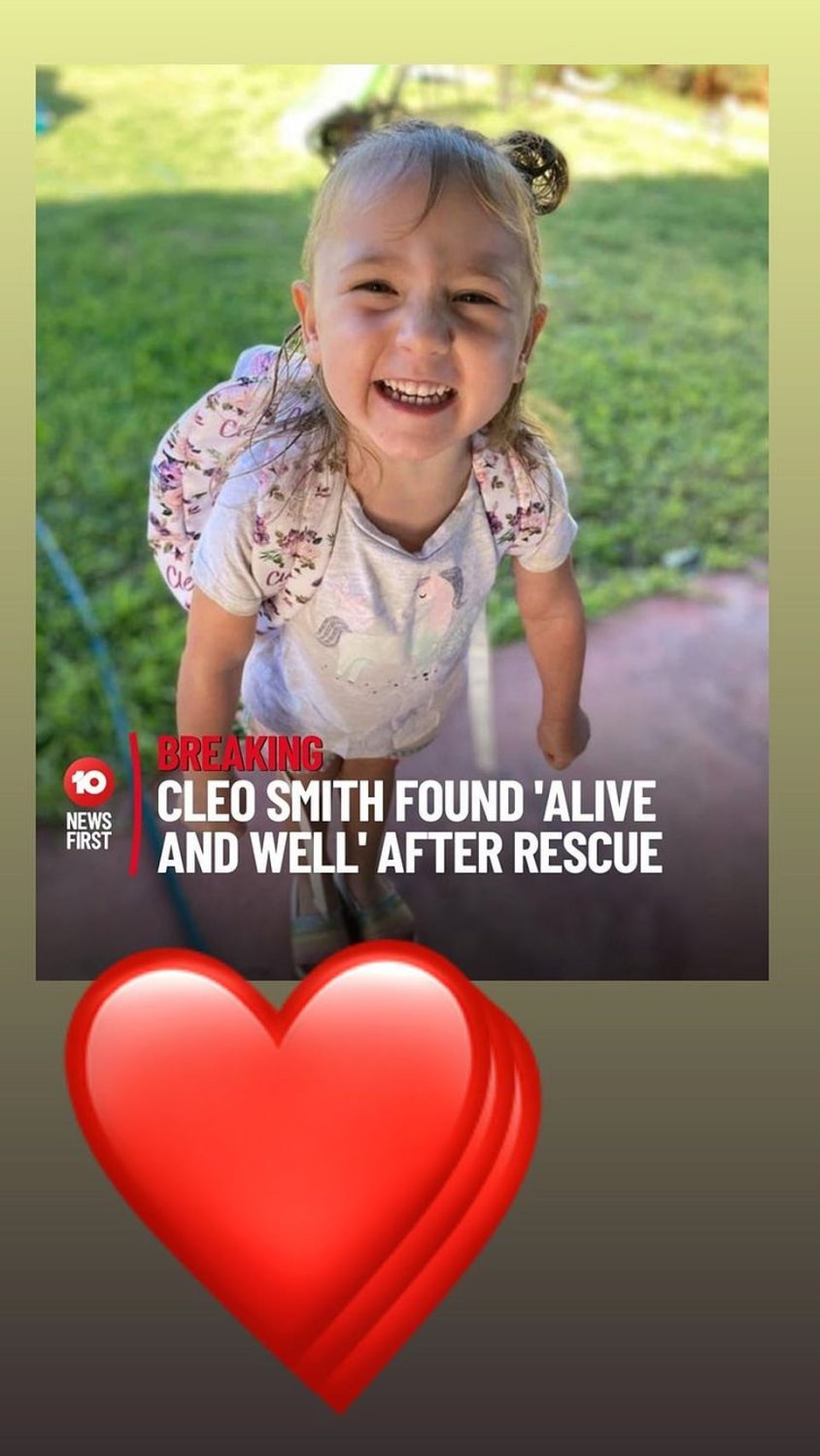 Some neighbors did notice that that man had been buying foods he doesn't usually buy. He also moved his dog, which he kept in the backyard, to the front yard.

When the police dramatically raided the home, some neighbors were present. The cops had a claw bar and a battering ram. The residents also remember how Cleo was carried out of the house.

The neighbor who saw the girl, Henry Dodd, could not believe that the girl was only meters from her even as the entire nation rallied to find her:

"I just can't believe it and get over the fact that she is just the house down from us and locked up here for a couple of weeks."

Henry found this shocking as he has little sisters himself.

The Police Were Thrilled That The Girl Was Alive, Well, And Smiling 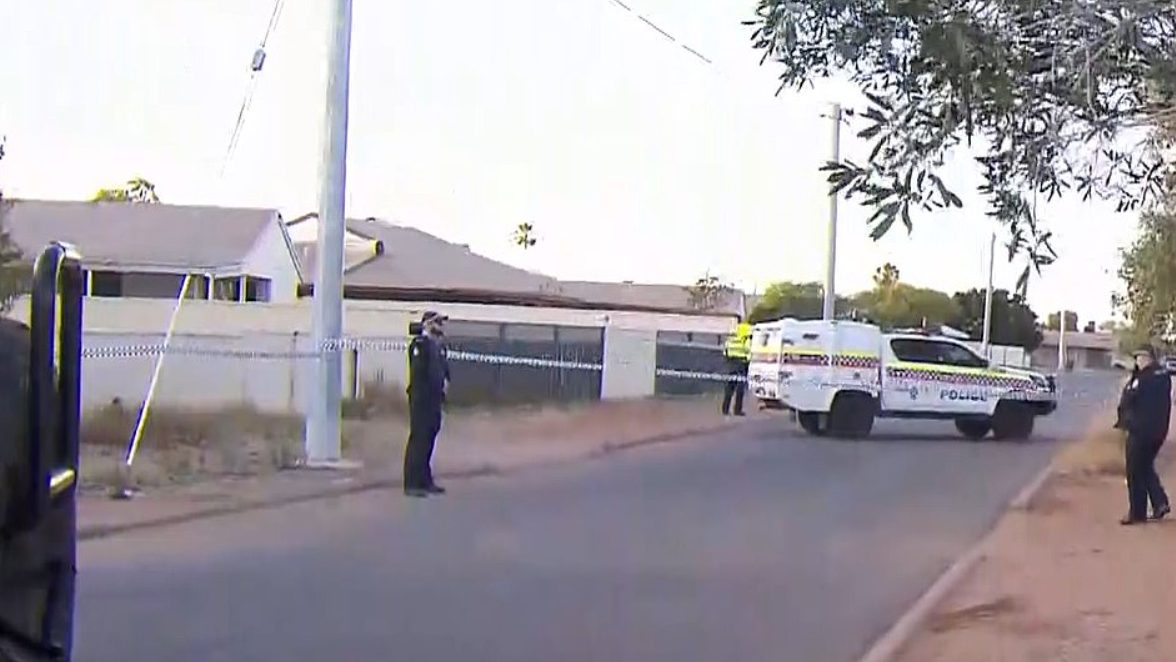 According to the police, Cleo was smiling at the time she was found. The beautiful moment the girl was found was caught on camera.

One of the officers there swore that the moment had been burned into their memory for life.

The officers were thrilled by the happy outcome after 18 days of endless 24/7 searches. The police officers were all over her, showing her care and affection.

A local police officer also called Cleo's mother to tell her they had found the girl. The girl was then taken to the hospital for assessment.

Hours later, Cleo Smith's mom wrote on Instagram that their family was whole again. She also wrote a message to her loved ones, telling them that their girl was now back home.

To Cleo's mother, the fact that the girl has been found was a miracle.

It is not clear what happened to the girl as she was held captive. However, according to psychologists, it will take a while before she fully recovers from the 18-day-ordeal.

The Suspect Was Soon Arrested 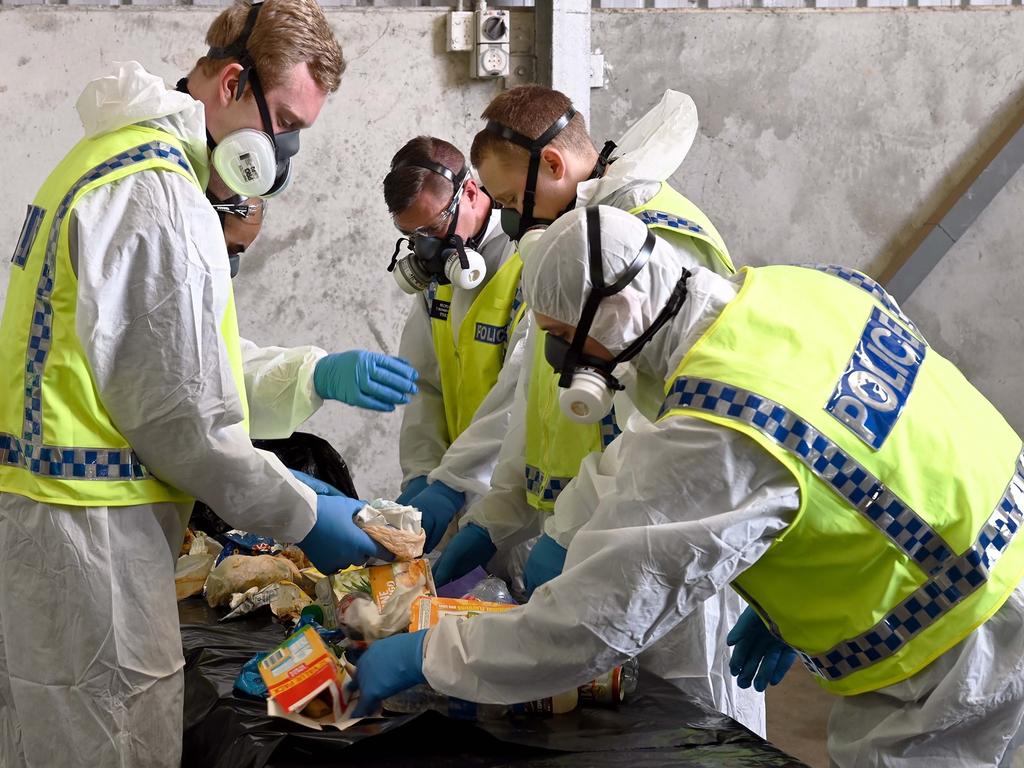 The man thought responsible for the kidnapping was later arrested by the police. He is not related to Cleo's family, and he was found at Perth's Jandakot Airport.

According to the police chief, the outcome was as good as expected under the circumstances because Cleo was alive, smiling, and well.

The police chief also noted that her family had been strong, possibly because they had great support around them.

Nevertheless, the police chief also noted that the days ahead would not be easy, even if the girl had just been found.

After Cleo was found, the police searched throughout the house for clues as to what might have happened to her while she was held there.

The area was sealed off immediately after the police got there to ensure the scene was not contaminated. A team of over 100 people worked on the scene.

Deputy Commissioner Blanch noted that the positive outcome of the search was the result of fantastic police work. He also thanked the girl's parents and thousands of volunteers involved in the investigation. 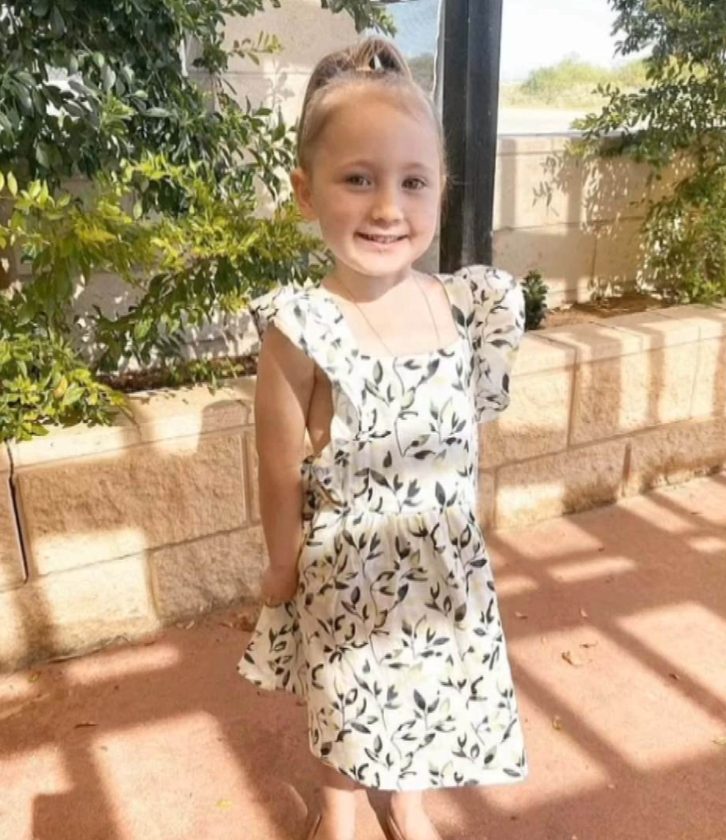 He declared that everyone's prayers had been answered.

The same sentiments were expressed by Mark McGowan, the Western Australian Premier. He stated that the nightmare was now over for Cleo and her family.

He also thanked the Western Australian community for the assistance offered in the weeks that everyone searched for Cleo.

Following the girl's disappearance, the police interviewed over 110 people at the Blowholes campsite on the night the girl arrived with her family at the site.

It took the family five hours to realize that their girl was missing.

The family had been in their tent throughout that evening and had not talked to other campers, which is why Detective Superintendent Rod Wilde believed that the kidnapping was an "opportunistic-type event."

After all, the family got to the campsite when it was already dark, which means not many people had a chance to see Cleo. 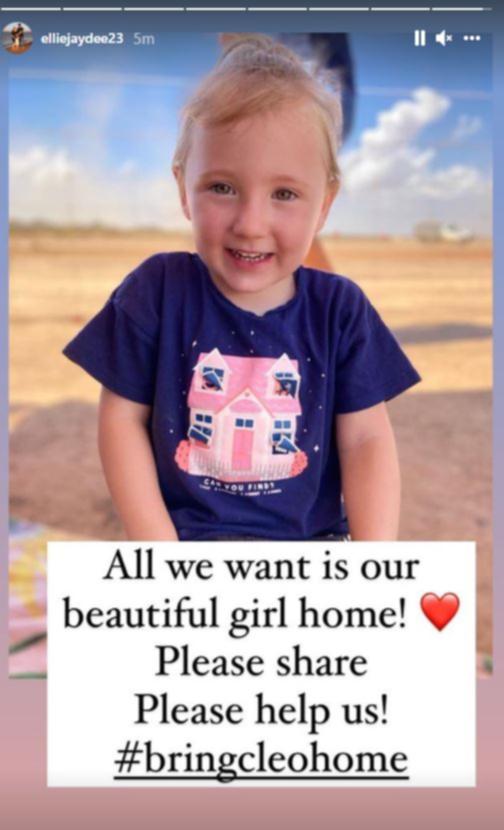 On many occasions, the police had to explain that Cleo's mom and stepfather were neither suspects nor her biological father.

The girl's mom kept posting messages on social media, hoping that Cleo would come back home.

During their search for the girl, police collected 50 cubic meters of rubbish from the roadside bins. The trash was taken to Perth, where forensic experts sorted through it in search of clues.

The state government had also offered a $1 million reward for information that would lead to the girl's recovery.

Although it took two hours for a roadblock to be set up at the site of her disappearance, the police insisted that finding the girl was their highest priority.

The intensive search included police visits to Cleo's family home in Carnarvon and the collection of CCTV footage from various businesses in the area. The authorities also collected samples from a campfire at Blowholes campsite.

The authorities also made a strange request for a dashcam and CCTV footage from within a 100km radius of the campsite from which the girl disappeared. 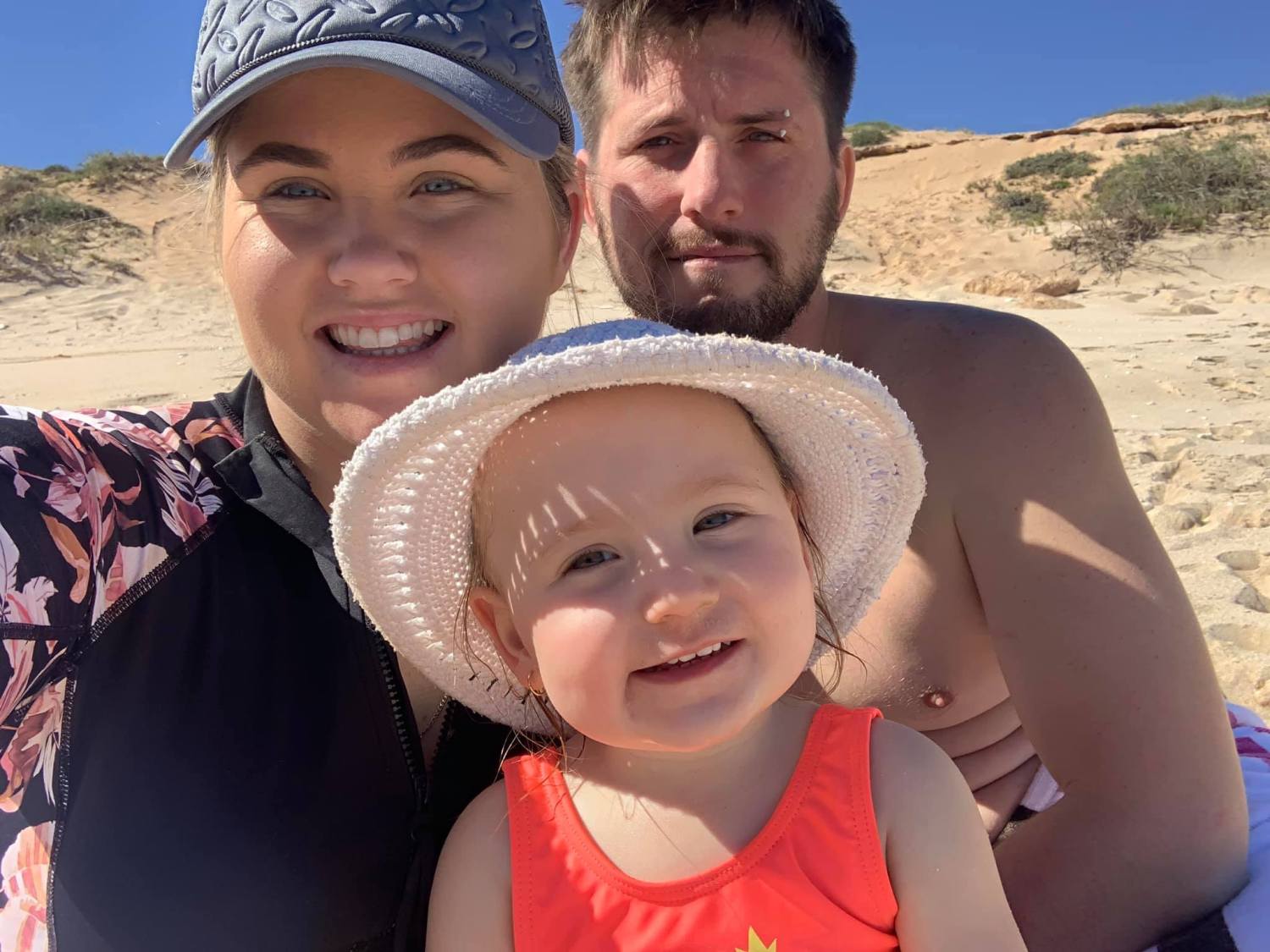 Based on how specific these requests for possible evidence were, it was clear that the police were getting close to arresting a suspect.

Fortunately, the effort paid off, and Cleo is now back in the loving care of her parents.