Miley Cyrus has never been shy about much, which is why her fans might not find it so surprising that she has recently shared topless photos of herself on social media. The images are from a new magazine interview, which has described the famous singer as a 'zero-f*cks-given rocker."

Those who have watched Hannah Montana might be familiar with the statement, "yeah, I really am a rock star." The words come straight from the fictional pop star's song, Rock Star.

However, the innocent Hannah Montana days are a distant past for the musician and her most devoted fans. Today, she is truly living out the "I really am a rock star" phrase, which she has proved during her interview with Interview Magazine.

Miley Cyrus demonstrated her incredible flexibility and revealed some bare skin during the photoshoot. The photographer who captured these amazing shots was Briana Capozzi.

The singer was photographed while lying among hundreds of bananas while wearing big pink heels. She was also captured unwrapping a massive bar of chocolate as she sat on a log.

There was also a shot of her sitting on a log as she grinned, topless. 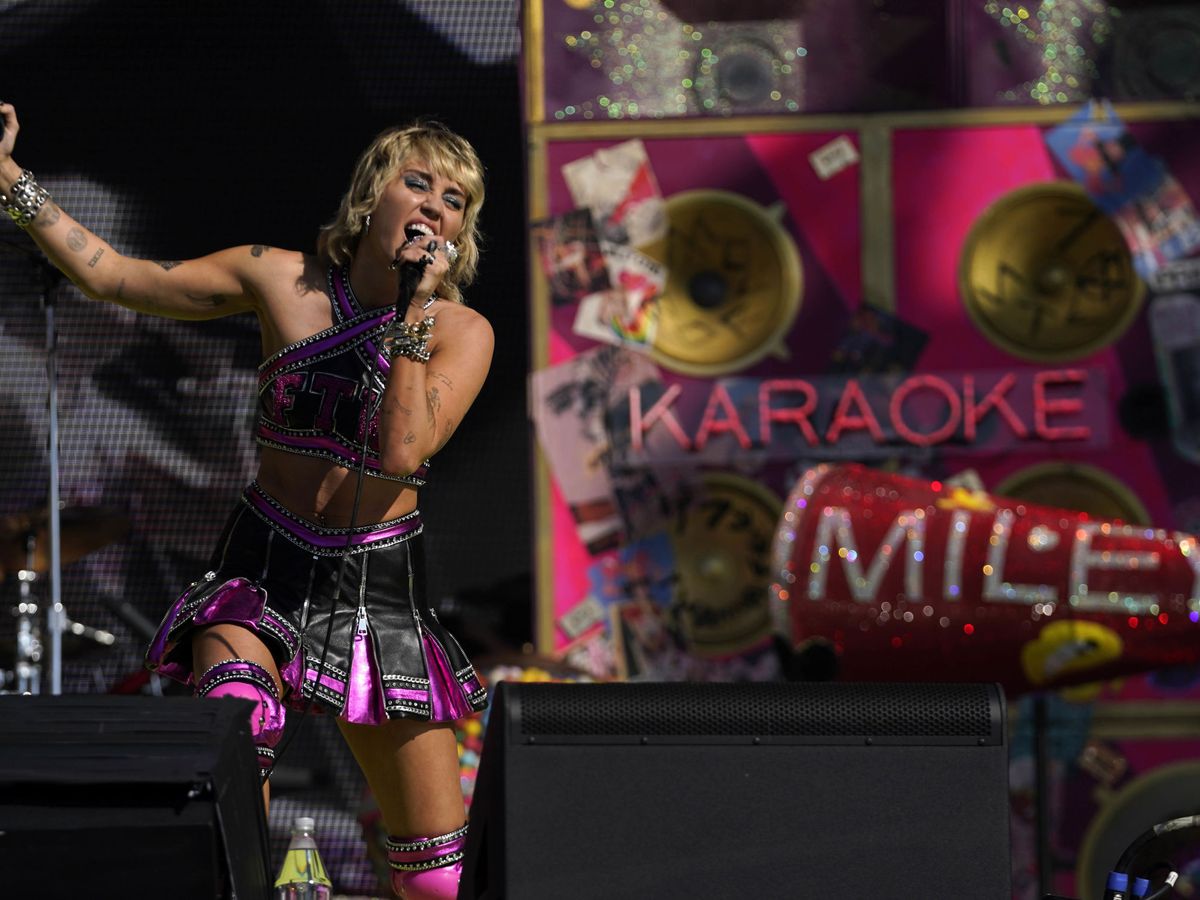 During the interview, she talked about how far she had come as a singer. There is no doubt that she had changed a big deal since she was playing the role of Hannah Montana back when she was just 12 years old:

"I'm about to turn 29. We've been through so much. When we're out on the road, we talk about loneliness. It really can get that way. I have such a support system in them. I love having these authentic, real rock dudes in my band."

During the interview, she also revealed that, together with her band, she had had the opportunity to 'revisit' songs she wrote before she "discovered rock and roll:"

"Now, we cover my own songs. We take my original songs, and turn them on their head, and make them kick ass."

Since the interview was released, the popular singer has shared many photos from the shoot on Instagram. She also thanked those who helped make the shoot a success.

The star also revealed that the photoshoot took place at her farm in Nashville, Tennessee.