Michelle Von Emster was found dead floating in the ocean in 1994, and her death was ruled as a deadly attack by a Great White Shark. However, a closer look at the young woman's case raised numerous red flags.

Michelle Von Emster was born in 1968, in San Carlos, California. Though not much is known about her childhood, she was a good student and attended St. Mary's College.

But, even before her life truly started, she was diagnosed with cancer. After one year of battling with leukemia, Michelle was cancer-free, and she decided to start fresh in San Diego.

Her friends remember her as a free-spirited young woman full of life, who was conscious about her health, and yet she enjoyed parties, but most of all, swimming naked in the ocean.

On Friday, April 15, 1994, two surfers found Michelle's mutilated body, and to this day, no one is sure what happened in the final hours of her young life.

What Makes The Death Of Michelle Von Emster So Mysterious? 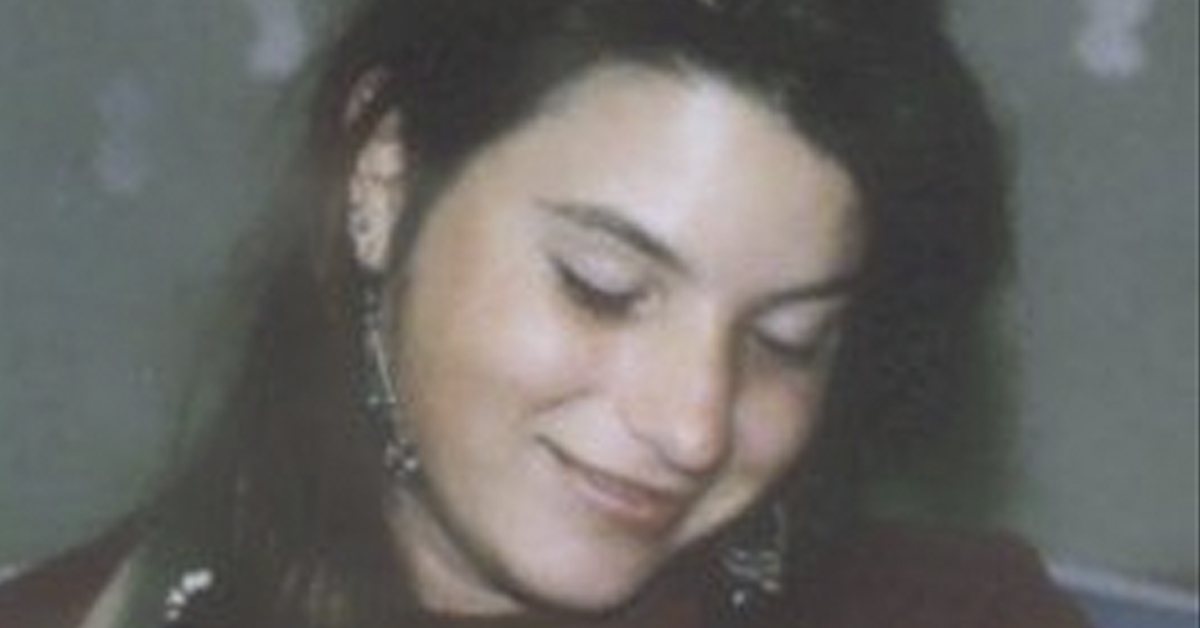 Michelle was last seen the night before her body was discovered. She went to a Pink Floyd concert with her friends, but they were turned away since they had the tickets for another night.

At 8 pm, Michelle was visibly upset and asked her friends to drop her off at the beach. She wore a green trench coat and had her purse with her. 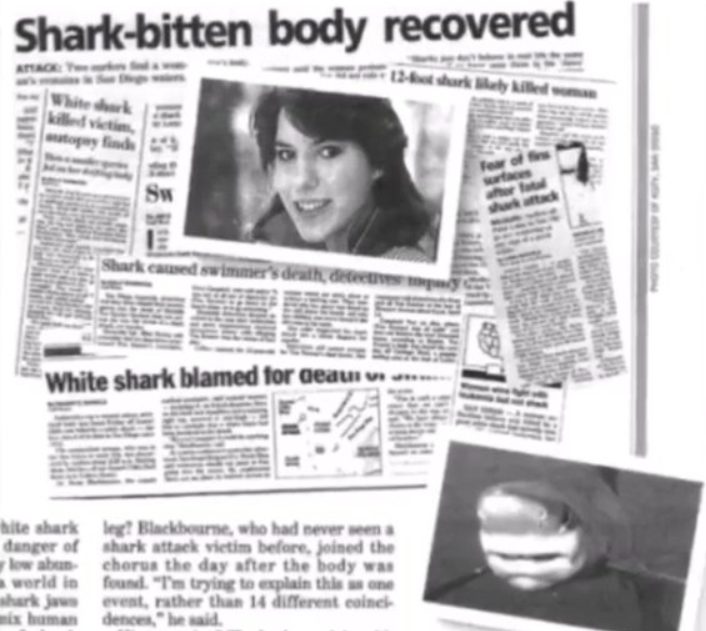 The following morning surfers found a body, and it was quickly ruled as death by shark attack. However, the inconsistencies promptly came to the surface, making it impossible to say what actually happened to Michelle Von Emster.

Officially, Michelle got into the water around midnight and was quickly attacked by a shark. The animal pushed Michelle to the bottom, where she sustained injuries, inhaled sand, and died from drowning.

Though it sounds reasonable, the first thing that came to everyone's mind was why Michelle would get into the cold water: 15C or 59F.

Secondly, experts claim that Great White Sharks do not attack at night. But the bruising on Michelle's body and sand in her lungs raised further suspicions. 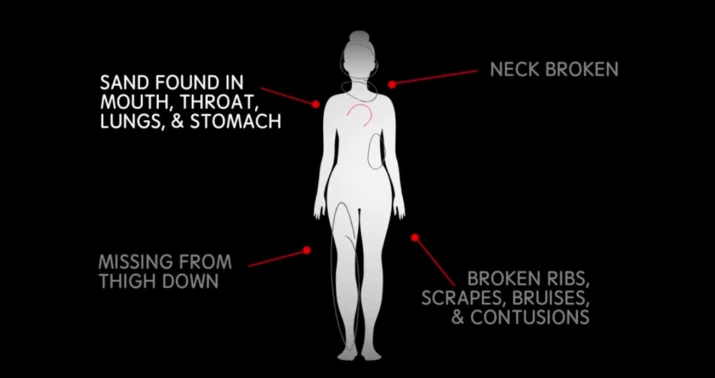 Identifying a heavily mutilated body was not an easy task. However, Michelle's tattoo was mentioned on the news, and Denise Knox, her employee, saw it, telling the police that Michelle didn't show up for work on Friday and Saturday.

When she called the coroner, he asked her to tell her more about Michelle's appearance since the authorities already had dozens of prank calls.

Knox said that apart from the tattoo, Michelle didn't shave her armpits or legs and then was asked to come to the morgue.

Knox called her shop manager, and they drove to the morgue in Kearny Mesa. They arrived during the early morning hours of Sunday, April 17.

Her right leg was missing from the thigh down. Her body was bruised, and Michelle had sand in her mouth, lungs, throat, and stomach.

The autopsy stated that Michelle Von Emster was alive when the wounds were inflicted, and after her death, her body was scavenged by the sharks.

The case was closed, officially, and to this day, Michelle's death was ruled as a deadly shark attack. Yet, the inconsistencies led to reopening her case in 2008, and you will soon learn why.

Experts Weigh In On Death Of Michelle Von Emster 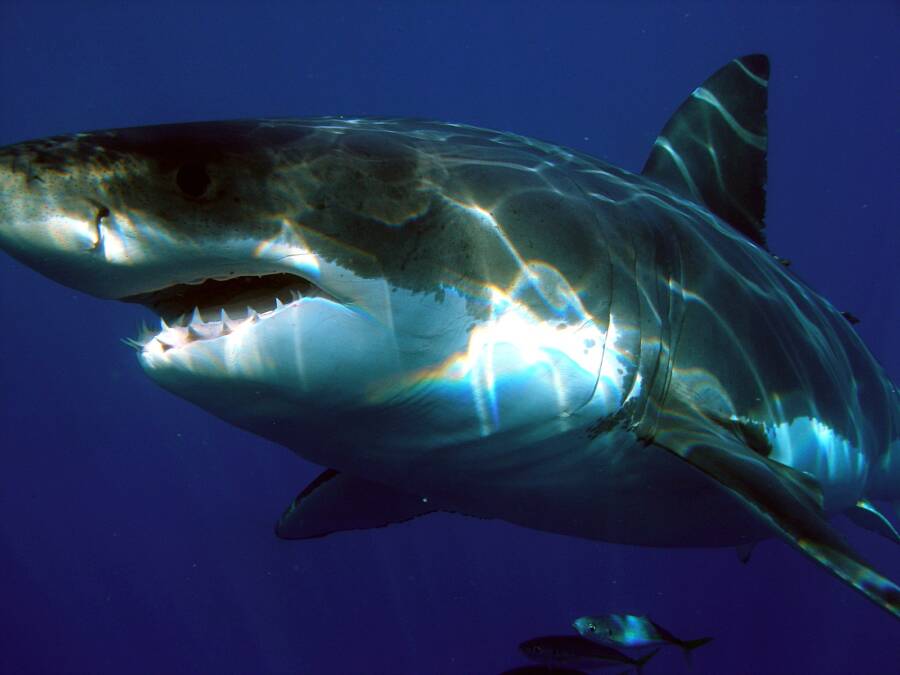 According to shark experts, Michelle's injuries were not consistent with the bites or behavior of the Great White Shark.

"When a Great White Shark bites off part of a limb, the break is clean, almost like you put it on a table saw. What remained of Michelle's leg was anything but."

He added that after seeing hundreds of photos, he never saw anything like Michelle's leg.

Collier's theory was that a boat propeller repeatedly cut the leg. He explained that the damage would have severed her femoral artery, and she would have bled to death almost instantly. That is why sand in her stomach was a red flag.

Also, other experts weighed in, and after looking at the photos, they concluded that facial bruising, a broken neck, broken ribs, a broken pelvis, and sand in her stomach do not match the attack by the Great White.

People who signed Michelle's death certificate never worked on a case involving a shark. The oceanography experts were not invited to have their say. It was not a cover-up but merely a case of not being thorough enough.

Richard Rosenblatt, the chairman of Scripps Institue at the time, was consulted with the medical examiner Brian Blackbourne, changed his mind once he saw the measurements of Michelle's wounds. He said:

"None of the marks on Michelle's body were caused by a Great White Shark."

He added that there would be a shark's tooth found in her body. As pathologist Harry Bonnel pointed out, what was found were bite marks from blue sharks, who fed off her flesh after Michelle Von Emster was already dead.

Though the case was closed, people started questioning what was going on in the life of Michelle Von Emster, and that led many to believe that she was either murdered or died in an accident. The fact is that sharks did feed on her body, but the animals did not kill her.

In 2008, medical examiner Glenn Wagner also confirmed that Michelle was already dead when blue sharks fed off her.

Theories About The Death Of Michelle Von Emster 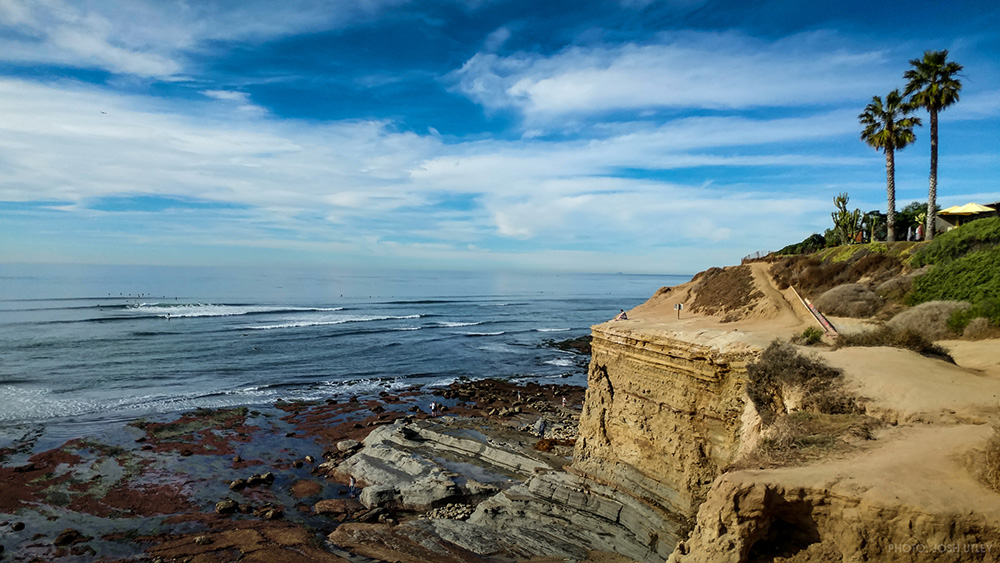 The first thing that came to many people's minds was that Michelle went for a midnight swim and drowned. Despite low temperatures, if the young woman decides to take a dip, there is another issue. Why would she choose a rocky beach?

The bruising would have been caused by the rocks, which would explain the neck injuries.

The second theory is that Michelle died from a fall off the Sunset Cliffs. Her neck, pelvis, and rib injuries were, according to experts, consistent with a fall or a car accident.

Sunset Cliffs, though beautiful, are pretty dangerous, and people have died by falling to the rocky grounds. But, how did she lose half of her right leg?

Another question would be: was it an accidental fall, a jump, or was Michelle Von Emster pushed?

Michelle Von Emster lived in a sketchy neighborhood nicknamed The War Zone. However, Michelle was living life to the fullest but was also conscious about her health. Despite living among drug dealers, there was no proof that Michelle did any drugs.

Her thing was surfing naked, and her work acquaintance, Edwin Decker, confirmed it.

Another irregularity - her purse was found over two miles away from her body. What's more intriguing is that the bag was found on a beach with high frequency, yet all the belonging, including money, were left untouched. This was another reason why many to this day think that the purse was left on the beach much later.

It is also why people believe Michelle Von Emster was murdered.

Who Would Murder Michelle Von Emster And Why? 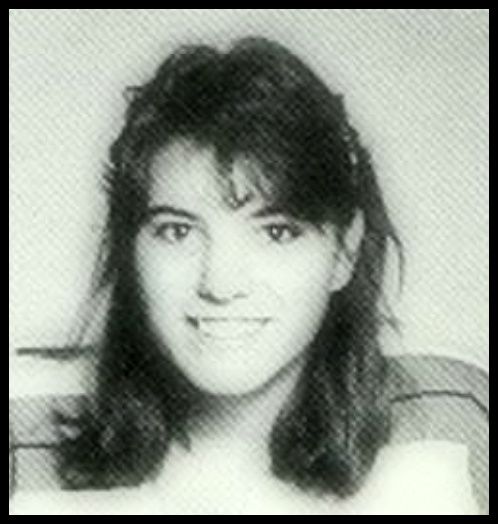 The purse, a big gulping breath of sand, the water temperature, shark bites that do not match led us to believe that foul play might have been involved.

Some suggest that Michelle was drowned, which pointed us to two unofficial suspects, who were never genuinely suspected in the official investigation.

One would be Edwin Decker, who worked as a bartender next to Michelle's coffee shop. He talked openly about how he had been flirting with Michelle for weeks, and on April 13, they had drinks. The same night, the two went to his place, and according to him, Michelle Von Emster left his home on April 14, at 5 am.

Decker claimed that the two shared an intellectual connection, adding there was an emotional connection as well. If you think this was oversharing, wait until you read his morbid poem, published for the world to read.

A poem titled Shark Attack was published in a collection of his poetry Barzilla and Other Psalms:

"The reports said there was a tattoo/ a butterfly on her shoulder/ which I remembered that night/ on my couch when I/ like the shark/ chewed on her lips and took off her shirt."

He later said he regretted writing it. Also, he pushed to have her case reopened many years later.

The second suspect is unknown, as he was Michelle's stalker. She was so scared of this person that she left her previous job in a coffee shop.

A few days after Michelle Von Emster died, a man came into her workplace. As Knox recalled, he made several copies of her death certificate. Michelle knew that he rode a motorcycle, and so did the mystery man with morbid copies. 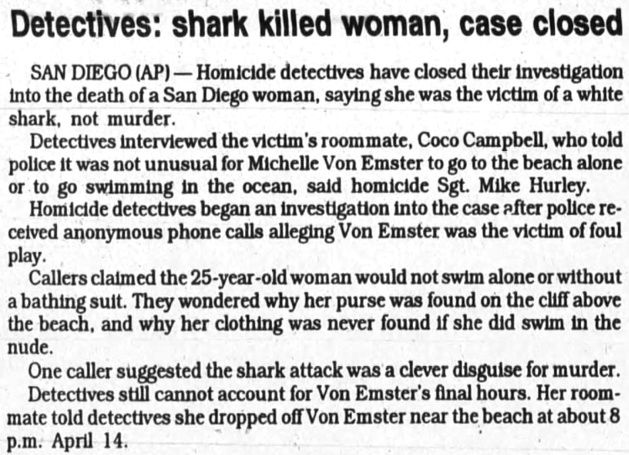 By all accounts, Michelle Von Emster was a brave, self-sufficient young woman. It will remain a tragedy that the authorities felt pressured by the public to solve her case.

The truth is that Michelle Von Emster did not have enemies. There were no love triangles, big, scary secrets. At least none of it came to light. Von Emster loved the ocean and lived as any other 20 something woman in a big city.

To this day, the Global Shark Attack File does not recognize Von Emster's death as a fatal shark attack. There have been two other shark attacks in the area in the past 70 years. One of them was not confirmed, and the other, in 2008, was concluded by the bite mark examinations.

The green trench coat Michelle wore and whatever she had underneath were never found.

There are too many things that don't add up for everyone to agree that Michelle Von Emster was a victim of a Great White Shark.

Perhaps it was an accident, and the smaller blue sharks merely took the opportunity to destroy the young woman's body. But we can only speculate.

This death remains a mystery, and it is more than an urban legend. The fact that experts cannot come to the conclusions that would justify all the horrific wounds found on Michelle's body is the primary reason why this case still gains a lot of attention from the public.