Michelle McNamara was obsessed with true crime stories, and eventually, this obsession would end her life. But, before she died, she did a remarkable job of rebranding the case of the Golden State Killer and giving the vicious rapist and murderer a new nickname.

Michelle McNamara's half-finished book I'll Be Gone in the Dark was published two years after her death at 46 in 2016. Her husband, comedian Patton Oswalt made sure that his wife's most significant work saw the light of the day.

Michelle McNamara was the Golden State Killer's final victim in many ways. But, more than anything, she was a woman so driven, with a desire not just to catch him but to give voice to surviving victims and families of killed ones.

But what led one young mom to turn her work into an obsession? To understand McNamara's need for justice, one must go through her teenage years. 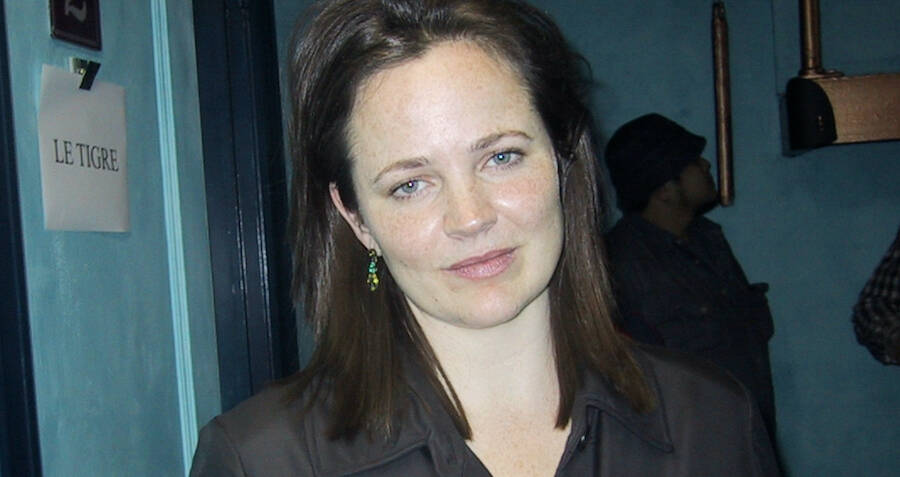 McNamara's father, a lawyer, certainly had something to do with his girl's passion for trying to solve cold cases. But, one event seemingly pushed her further to the dark side.

The youngest of five, Michelle grew up in Oak Park, where she went to high school. In her senior year, she became editor-in-chief for the school's newspapers.

When a woman was murdered only a few blocks away from her house, the 14-year-old Michelle watched as the case turned cold. Her writing talent took her to the University of Notre Dame, where she got a bachelor's degree in English. Further, she earned an MFA in creative writing from the University of Minnesota.

But the case of a murdered neighbor pulled Michelle to true crime stories and cold cases. As she wrote:

"Unsolved murders became an obsession. I always go back to that moment in the alley, the shards of a dead girl's Walkman in my hands. I need to see his face. He loses his power when we know his face."

After reading the book on the East Area Rapist, she entered forums that discussed this and similar cases.

In 2006, Michelle started a TrueCrimeDiary, a website dedicated to the past, unsolved crimes.

When it became clear that East Area Rapist and the Original Night Stalker were one man, she crafted the name Golden State Killer. It was supposed to represent all the horror and terror this one man brought to California from the 70s to 1986 when he officially stopped raping and killing.

In 2013 and 2014, she penned articles for the Los Angeles magazine. Her knowledge impressed even some of the detectives, and it brought more public pressure for this case to be solved.

The articles also brought Michelle a book deal, and though the Golden State Killer would be caught just a few short years later, Michelle McNamara would never live to see this monster behind bars.

A Young Mom By Day And An Internet Detective By Night 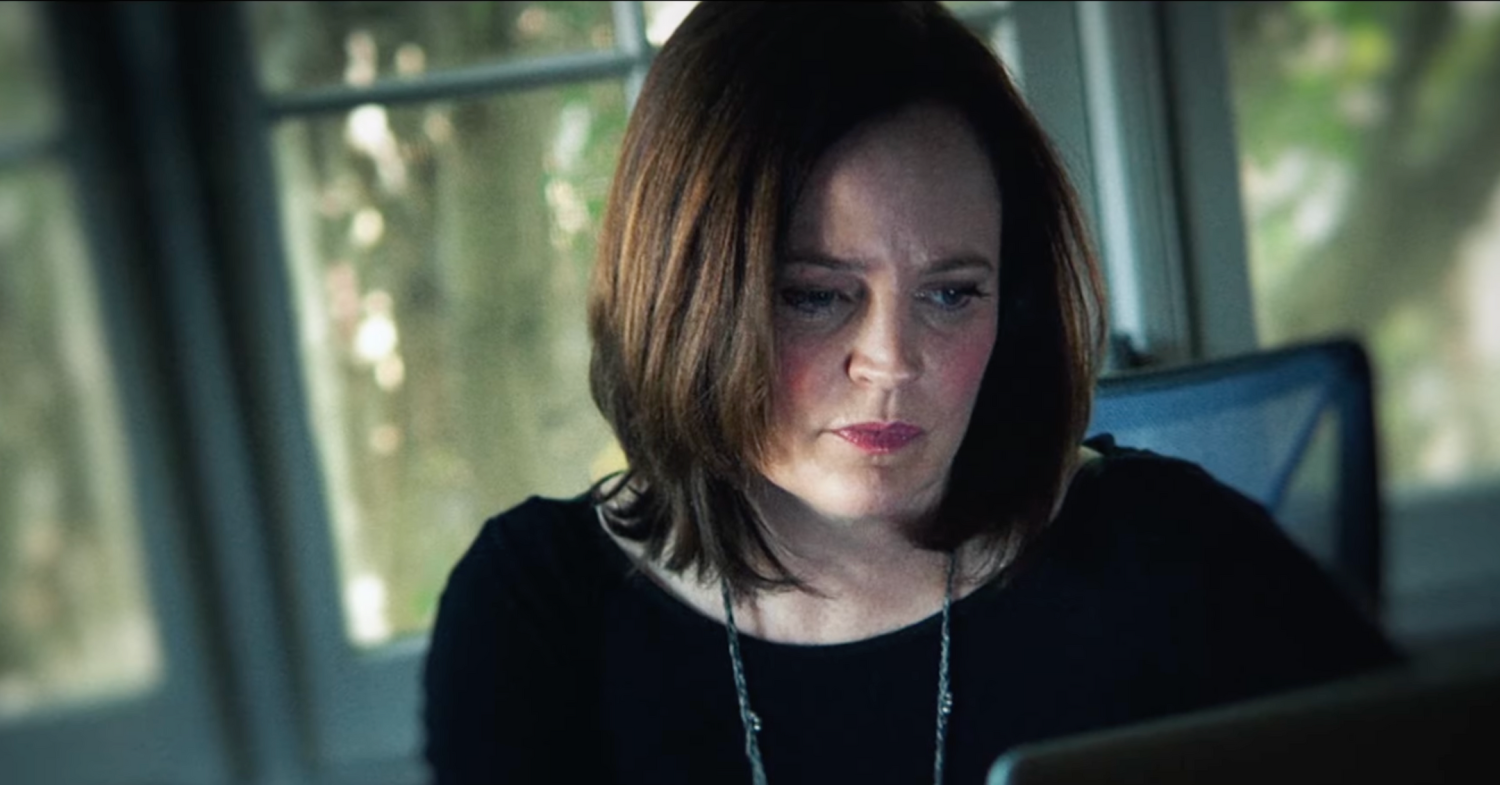 Michelle McNamara and Patton Oswald married in 2005, and it was Patton who wanted his wife to go after her true passion.

In 2009, they welcomed a baby girl, but Michelle showed no signs of slowing down. What drove her?

Her goal was not to write a bestseller but to sit across from the arrested killer. Even more so, Michelle wanted to catch a killer for one genuine reason:

"If you commit murder and then vanish, what you leave behind isn't just pain but absence, a supreme blankness that triumphs over everything else. The unidentified murderer is always twisting a doorknob behind a door that never opens. But his power evaporates the moment we know him."

During the day, Michelle was a mom. But at night, she would email the victims' families and chase clues, which turned out to be a deadly combination.

Not even her loving husband recalls when Michelle McNamara was pushed into the twisted world of the Golden State Killer. She hired a researcher, Paul Haynes, and started traveling to various parts of California to visit the crime scenes and talk to the family of those murdered.

The Hunt Was Consuming Michelle McNamara 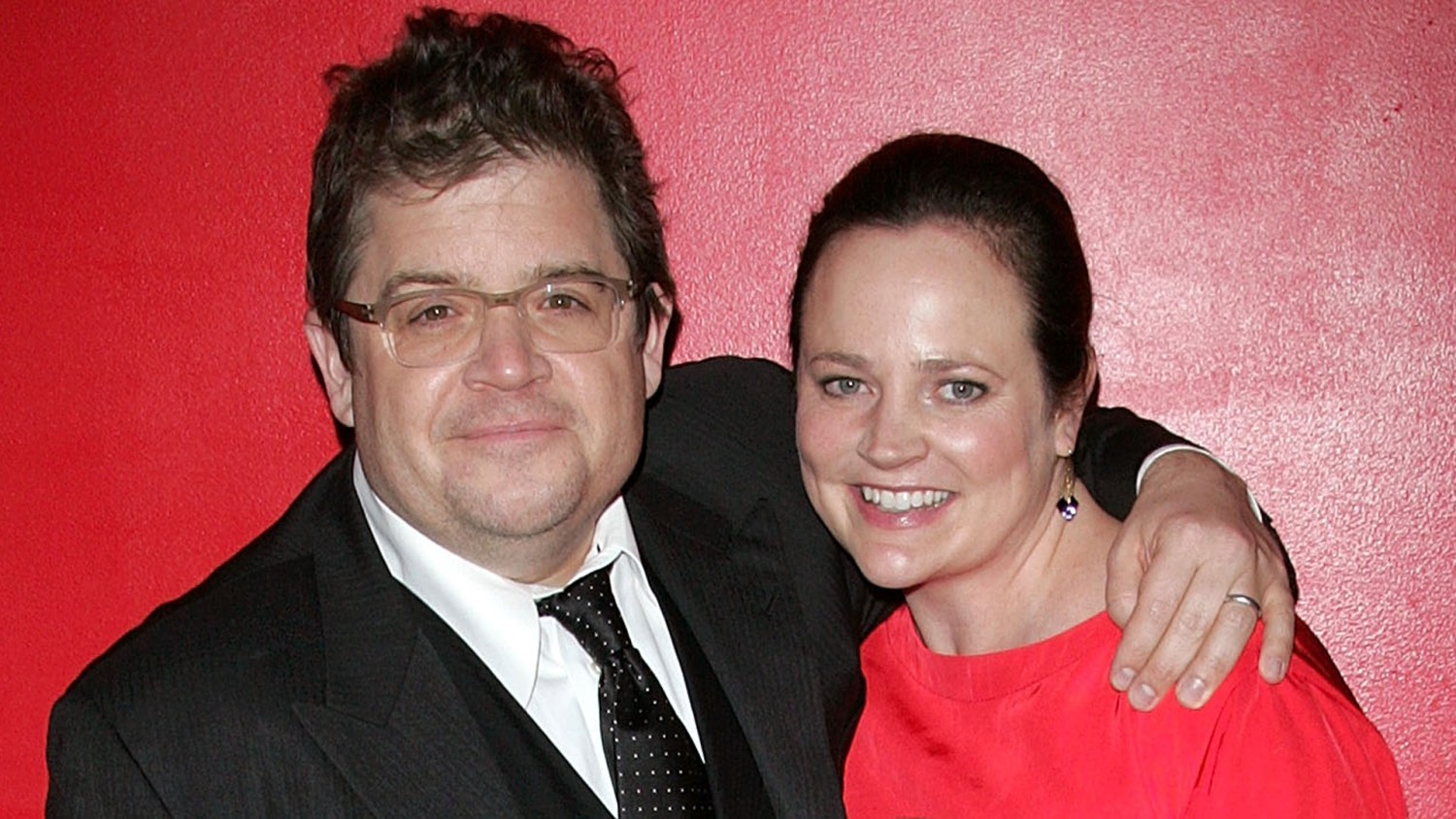 It started as investigative journalism but turned into a real-life nightmare, as Michelle's desire to find the Golden State Killer only grew with time.

In Los Angeles magazine, she wrote:

"Until we put a face on a psychopath like the Golden State Killer, he will continue to hold sway over us — he will remain a powerful cipher who triumphs by being just out of reach."

While Michelle was not doing anything for vanity or fame, she became too invested. Speaking to Vulture in 2018, her friend Sarah Stanard said:

"She fell down a wormhole — she had a room full of bankers' boxes of files she was going through."

What followed was anxiety, nightmares, and finally, prescription drugs. Michelle knew that she was beyond invested in the case, as she wrote:

"There's a scream permanently lodged in my throat now."

Michelle McNamara died from a combination of drugs and an undiagnosed heart condition. The deadly trio, Adderall, Xanax, and the pain medication fentanyl, and her heart could not take it anymore. But, her death did not stop the hunt for the Golden State Killer.

If anything, the death of Michelle McNamara on April 21, 2016, pushed the case to the front pages. It was time for her husband to step up, as her book was only half-finished. After hiring investigative reporter Billy Jensen and McNamara's right hand, Paul Haynes, Patton Oswalt knew how to commemorate his wife's legacy.

Michelle McNamara's Bestseller And The Arrest Of The Golden State Killer 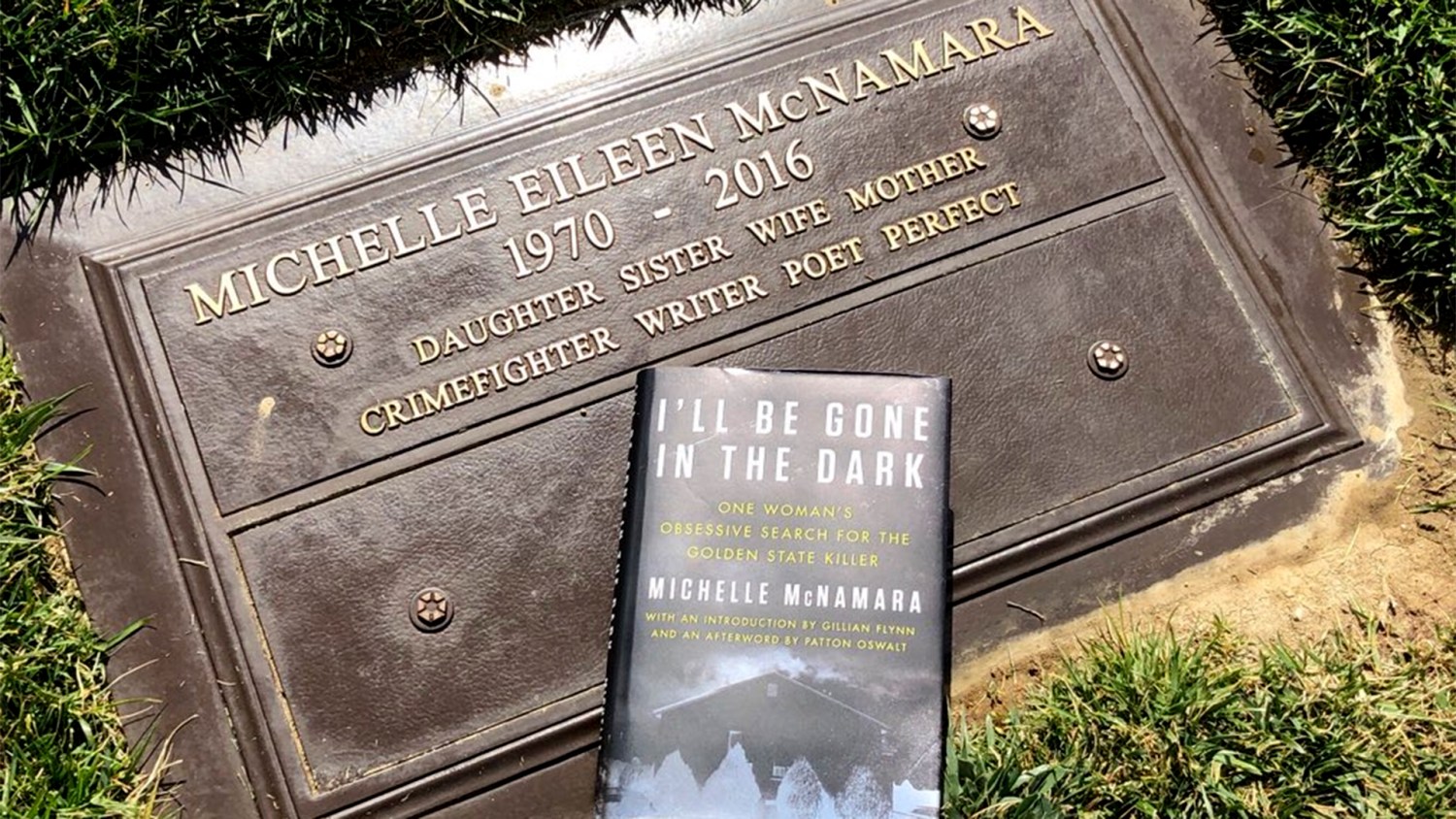 Though she never saw or met the sadistic killer, for Michelle, it was personal. Writing in her book, I'll Be Gone in the Dark: One Woman's Obsessive Search for the Golden State Killer, it was clear that Michelle would not rest until he was locked up:

"I don't care if I'm the one who captures him. I just want bracelets on his wrists and a cell door slamming behind him."

The bestseller is more than a true-crime story. It is a touching tribute to victims, and Michelle McNamara's journey through gruesome crime scenes, old photos, and most importantly, interviews with survivors and victims' families.

The Golden State Killer, or Joseph James DeAngelo Jr., was caught on April 24, 2018. It was almost on the second anniversary of McNamara's passing. 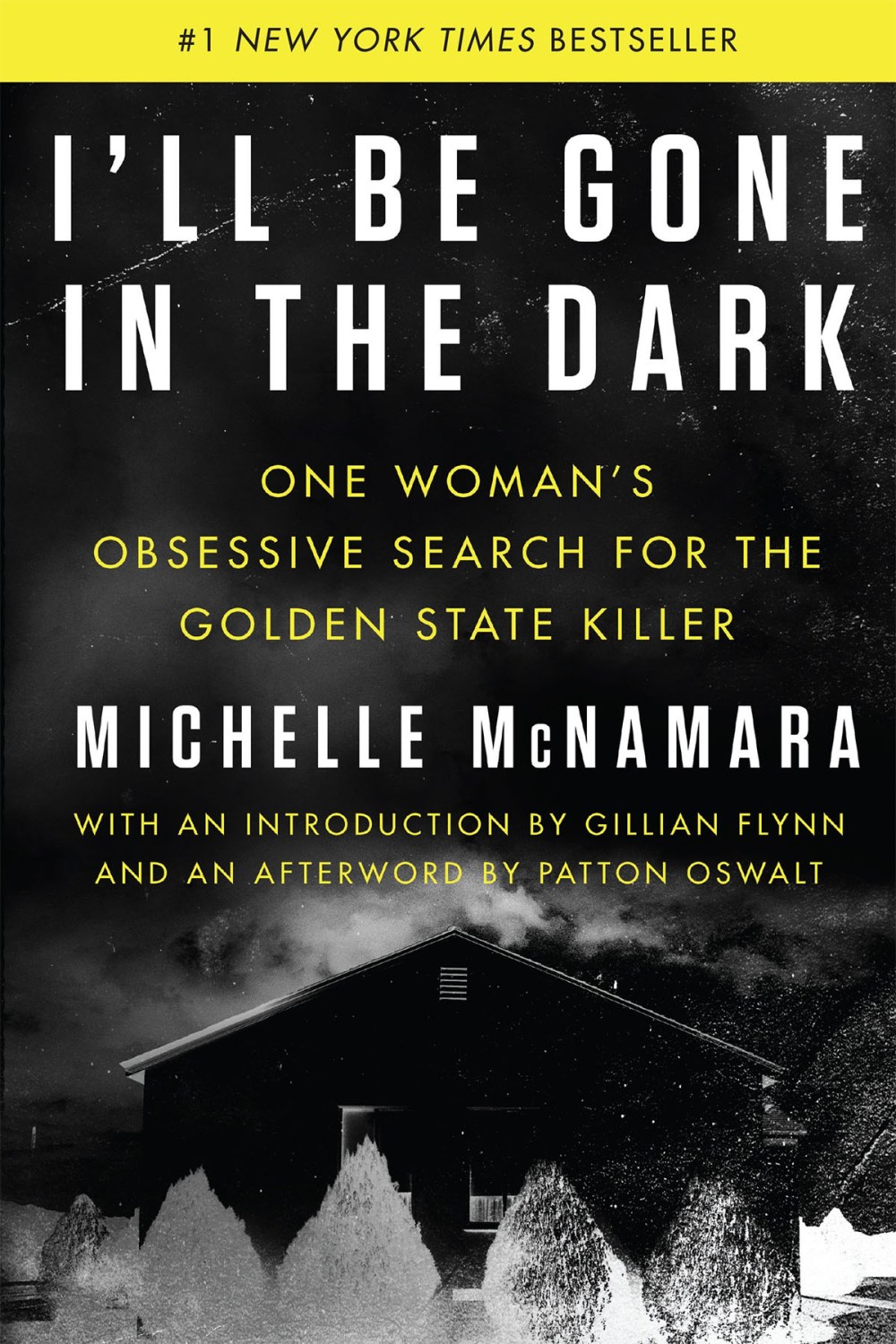 After four decades, the monster was behind bars. Michelle McNamara put him back in the spotlight, and with new technologies, the police were finally capable of solving the puzzle.

The book also revived another cold case - a case that turned a journalist into a detective, the murder of 24-year-old Kathleen Lombardo in 1984, Michelle's neighbor.

Michelle's book turned into a true-crime series, I'll Be Gone in the Dark. The documentary captured Michelle McNamara's life and events leading up to the arrest of the Golden State Killer.

Almost at the same time as the series was airing in 2020 on HBO, DeAngelo, a former police officer, was sentenced to life in prison without parole after pleading guilty to 13 counts of murder and 13 counts of kidnapping with robbery.

Michelle McNamara was not afraid to embrace her dark curiosity. But all the violence, gore, and sleepless nights eventually led to her premature death. Still, she is remembered as a loving wife, a mother with an incredible writing gift, and an inspiration for all internet sloths who are on the hunt for the truth.