These days, fans are not as interested in autographs as they were in the past. Why would they when they can take selfies with their favorite celebrities?

Also, people don't expect to get permission to take a selfie, all they care about is getting the best possible photo with their favorite idol.

Unfortunately, not everyone likes having photos of them being taken without their permission, and Mia Khalifa is a perfect example of a celeb who hates random selfies.

An excited fan saw Mia on Texas streets, and he knew his golden opportunity had come. 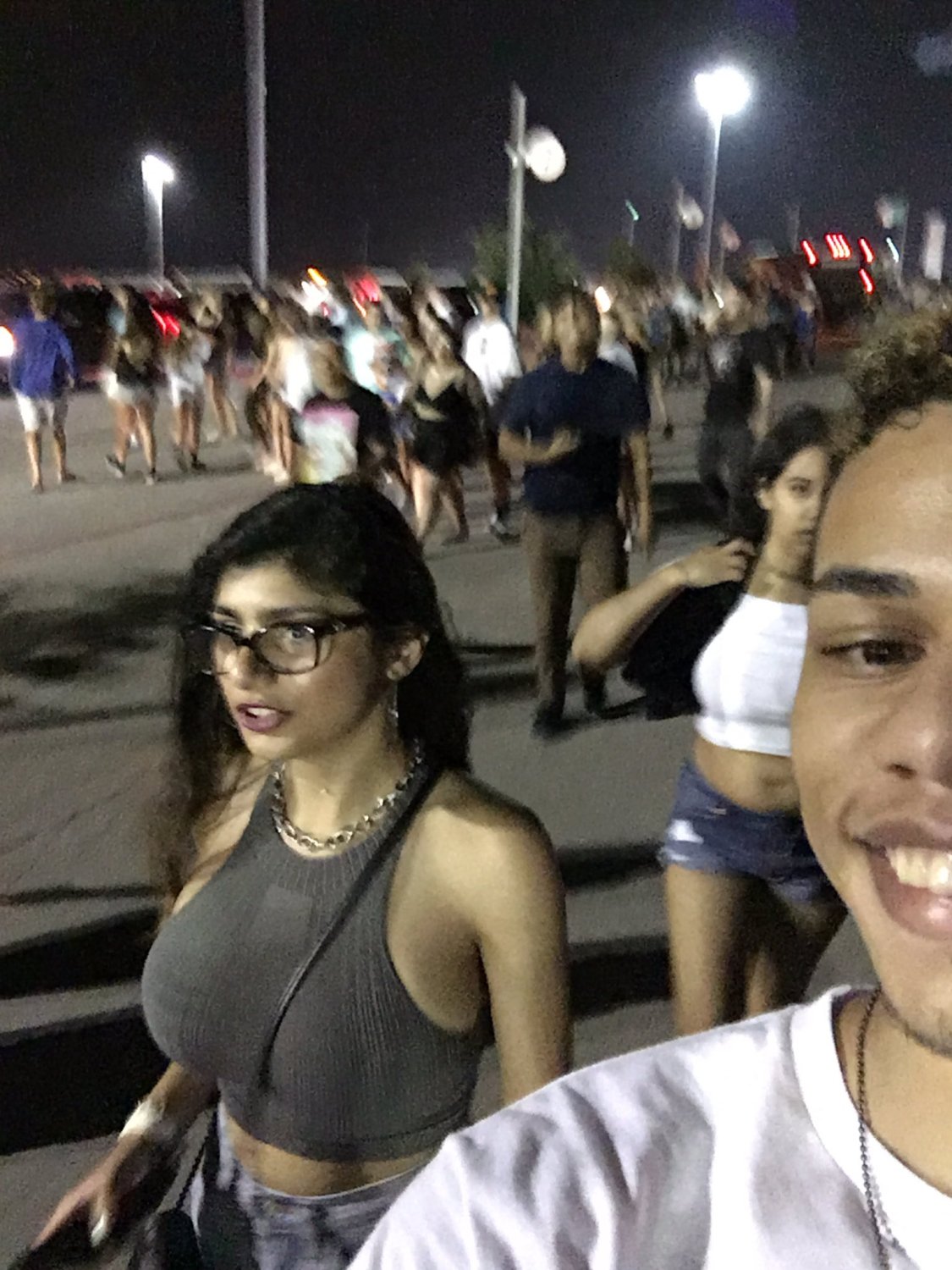 He immediately tried to take a selfie with the former adult film star without permission. The fact that he did this did not sit well with her.

Consequently, she casually punched him in the face and actually left him bruised.

Got a pic with Mia Khalifa and she punched me in the face and left a bruise😂😂 pic.twitter.com/8KwKOQySrg

The world learned about the violent encounter when he posted about it on Twitter. The tweet that has since received thousands of views and comments, features thoughts on what people think about the celebrity's actions.

In fact, some of the people defended Mia's actions, with a number posting pictures of themselves with the former adult film star to prove that she has no issue with fans taking pictures with her if asked nicely.

A commenter pointed out that he was punched in the face because he didn't ask her for permission first.

I think it's because you didn't ask her.

Mia had a response as well, which shut down all the trolls. She also thanked her fans, who she said had requested her permission before taking a picture with her.

You were the sweetest. Thank you for asking me nicely rather than jumping in front of me while I was walking & shoving a cam in my face https://t.co/1fQK0B5gSi

We get it: this Mia Khalifa fan did not ask for permission to take a photo with the celebrity. Do you think she had a good reason to react as violently as she did?

She seems to think her actions were justified, and so did several fans who claim she had no problem posing for a selfie with them because they had asked her for permission first.