Mia went viral for all the wrong reasons. In one of her adult roles, she wore a hijab, and that lead to getting death threats from ISIS.

A Lebanese-American media personality opened up about her past on Alexandra Cooper's Call Her Daddy podcast.

Mia Khalifa on Call Her Daddy 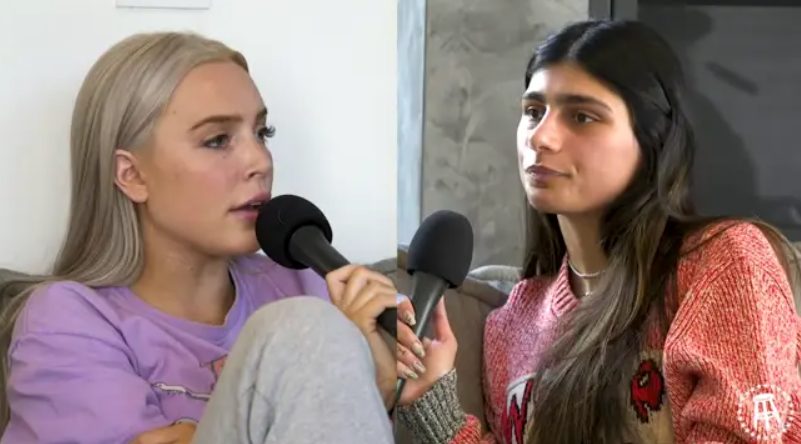 Though she stated many times that she doesn't like to talk about the industry, Mia decided to face her past.

"To have the most isolating feeling, you're alone. You have people sending you death threats and your family at the time not supporting you. How did you get here today? A lot of people wouldn't have been able to get through that."

She tried to pretend that her adult industry stunt never happened. Instead, she's working on TV and running an OnlyFans account. 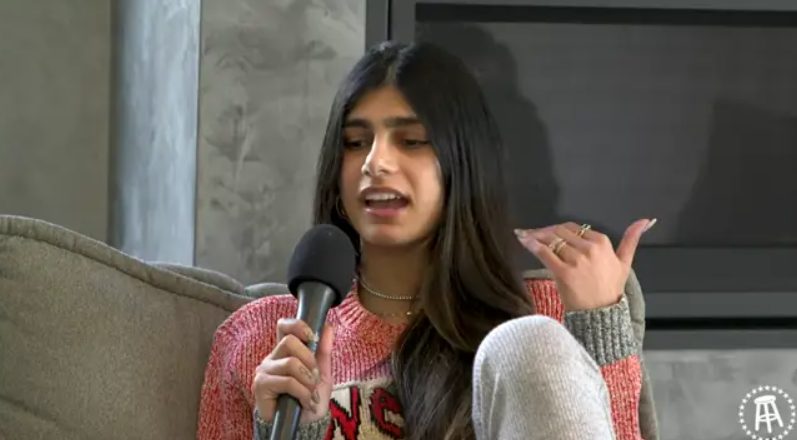 Mia continued her confession on the podcast:

"Every time I did an interview that was the one thing they were not allowed to ask me about, I refused to acknowledge that I did it and it wasn't until therapy that I realized how detrimental that is."

She couldn't run away from her past:

"I can't just scooch things under the rug and hope that they go away. That's not how that works. You have to face them head-on and talk about them."

Elephant In The Room

Continuing to share her story, the 28 year old said:

Khalifa once again pointed out that she made almost no money. She also spoke about the apartment she lived in while her video was on everyone's mind:

"It was disgusting, it was so bad, it was cockroach infested, it was the worst time of my entire life."

"I have two million followers on Instagram, everyone thought I was living it up, that was not the case."

In a way to make peace with her past, Mia started several charity auctions and donated $160,000 to a charity at the beginning of the year.

She started her OnlyFans account in September and charges fans $11.99 per month to get to know her better and get some never-seen content. Mia also urges young women to think twice if they have thoughts about entering the adult entertainment industry.