Yes, we are talking about those glasses. The same one Mia Khalifa wore during her short and memorable career in the adult industry. 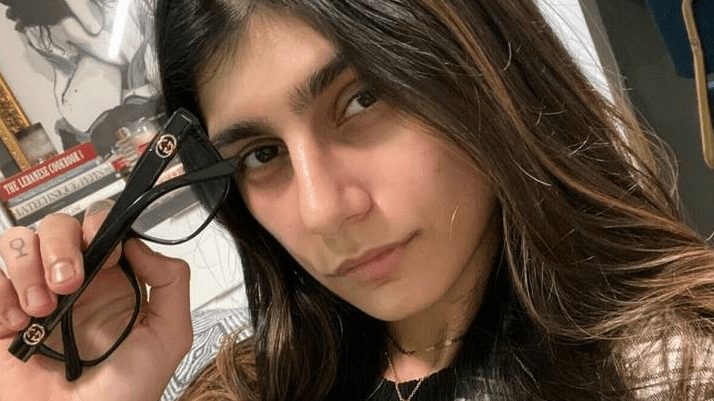 Mia Khalifa, 27, from Beirut, decided to monetize her brief career in the adult film business by auctioning off the glasses she wore in the videos.

Donating 100% of the proceeds from the eBay auction to the Red Cross, Mia proved that she truly is more than just an ex-movie star.

"I'm just trying to get creative, there's always more that can be done, and this felt like a cheeky way to raise funds and make sure the conversation and attention doesn't diverge from this crisis'."

"Creeps are welcome, your money is just as green as ours. I'm putting the link in my bio for a few hours then changing it back to the Beirut Relief resources landing page. After that, I'll house the links/posts in a pinned memory for ready access. Happy bidding, ya filthy animals." 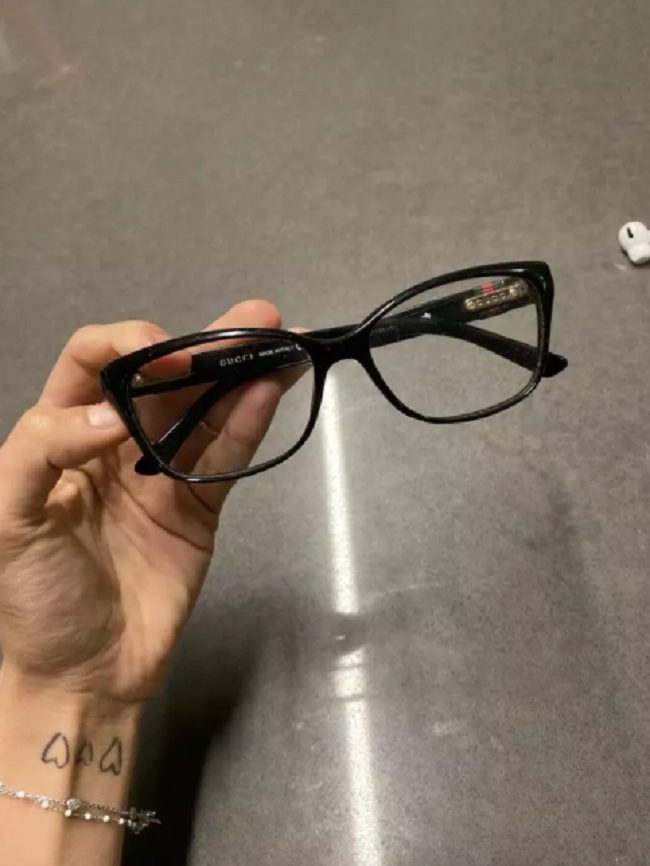 Now, the description on eBay was quite cheeky and amusing:

"The novelty glasses are the best prop, I will sign them (if you want) and take one last polaroid wearing them before sending them off to their new home!!!"

The glasses were listed as used and abused.

She didn't stop with the glasses

Once she saw an opportunity, Mia listed 'used sideburn razor,' 'the loofa I've been meaning to switch out' and 'my retainer.'

THE AUCTION IS LIVE, for good this time (thank you to eBay and LRC for your help!) HAPPY BIDDING, YA FILTHY ANIMALS!! https://t.co/vf7wWDL8fj pic.twitter.com/XDX1sj2Qu4

"Let's raise some money to benefit Lebanon's most valuable asset at this time of crisis, the Lebanese Red Cross. Let's get wild and raise a s*** ton of money for the Lebanese people."

Despite her efforts, the auction didn't go as planned. As a true humanitarian, Mia Khalifa is donating $100,000 to the Lebanese Red Cross out of her own pocket.

Mia did a great job

The auction didn't go as planned, but the Lebanese-American media personality showed that she genuinely cares.

There are always some worthy causes, and a lucky person will get those glasses eventually. 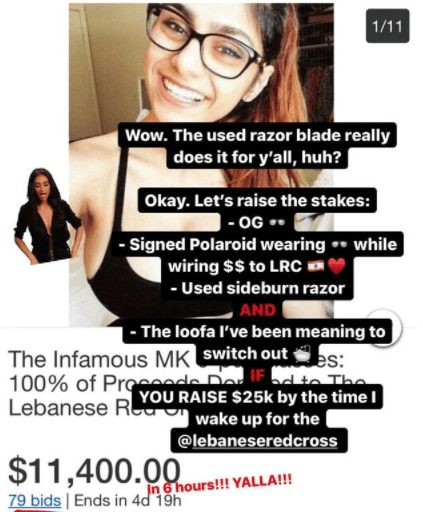 The infamous glasses reached 100k during the first auction, which had to be shut down due to technical errors. You can learn from Mia how to rebrand and move on from the mistakes you made as a barely adult.