Former adult movie star, Mia Khalifa, has shocked the internet by using her mask to pick up dog poo before putting it back on.

Mia took her dog out for a walk wearing a face mask. Well, the pupster had to do number 2, and she clearly didn't bring a doggy bag. So, Khalifa, 27, removed her mask, picked up the poop, and placed it back on her face, as you can see on the viral video. 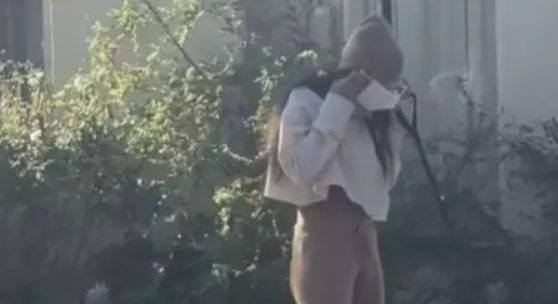 The video was posted by TikTok star Benny Blanco and has been viewed over 8.4 million times.

"I just saw @miakhalifa put poop on her face." 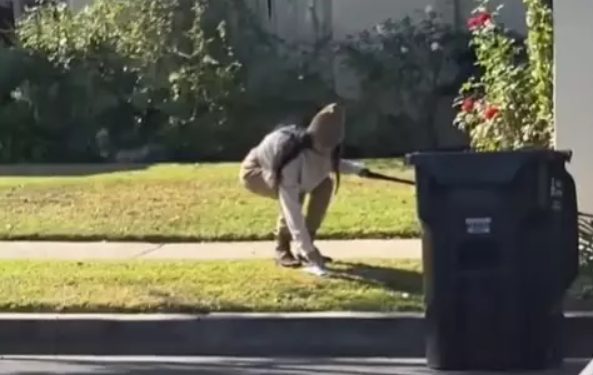 Before this nasty walk, Khalifa posted on her account:

"I just got back from traveling, and I have to walk my dog so, safety first, everyone has to wear a mask."

Is it free publicity, a hoax, or something else?

Mia did confirm that she was in the video.

Talking to her Instagram followers, the American-Lebanese celebrity said:

"Honestly, I'd rather be shamed for this than not wearing a mask."

She has a point about wearing masks. Yet, how do you wear a mask with poop, thinking it's safe?

Many social media users claim this video is a hoax. Others think it's free publicity for both parties, but it could be genuine.

"In her latest TikTok, she is wearing the exact same outfit and admitted to a few people in the comments who asked if she did this."

"I mean, at least she's cleaning it."

But a third called it a stunt.

"So you just randomly record knowing what's about to happen? Lmao, staged."

Unlike Piers Morgan, who was recently spotted without his mask, Mia turned 180 and used the neighborhood's dirtiest mask.

"As I pulled away, I realized what I had done - I had forgotten my mask."

"I do think masks matter, and I got caught without one."

"I had two [masks] in my pockets, but I was chatting to the paps.

There you go, kids. Don't be Mia, and don't be Piers. Wear your mask, but don't put actual shit on your face!