Finally, what the world has been waiting for is here. Meghan Markle has revealed baby Lilibet's photo to the world! Albeit unintentionally.

Congratulations to Harry, Meghan and Archie on the arrival of baby Lilibet Diana 🎊

Wishing them all well at this special time. pic.twitter.com/ucJZIm2kqH

— The Prince of Wales and The Duchess of Cornwall (@ClarenceHouse) June 6, 2021

On Friday, June 4, at 11:40 a.m., Prince Harry and Meghan Markle welcomed the newest addition to their family, a beautiful baby girl. The delivery took place at the Santa Barbara Cottage Hospital in California.

Shortly after, Harry and Meghan released her name to the world only to meet with some disapproval. Some people felt they were disrespectful for choosing to name their child after the Queen. One person said it felt "extremely creepy."

Most of the harsh comments were from people who strongly believe that the Prince and his wife had tarnished the Royal family's image with their Oprah Winfrey interview.

Well, these comments do not make the baby's name any less beautiful. She was named Lilibet Diana Mountbatten-Windsor.

Naming her after Prince Harry's mother, Diana, Princess of Wales, was their way of paying tribute to her. It is also a tribute to Queen Elizabeth II.

The Queen bestowed the nickname 'Lilibet' on herself when she was younger. This was because she could not pronounce the name Elizabeth.

The Outrage Against Prince Harry And Meghan Markle 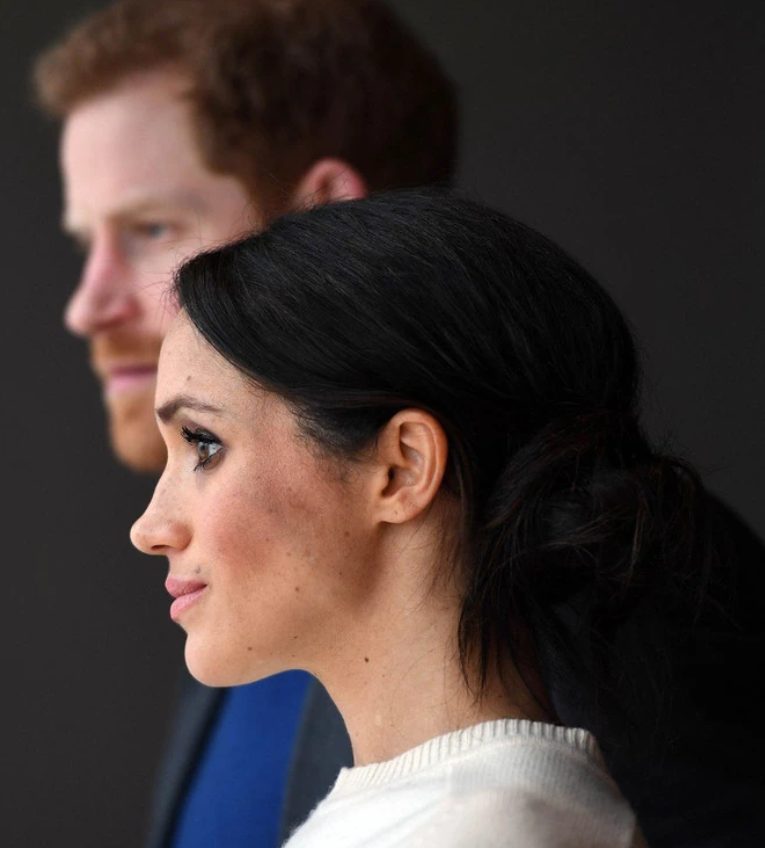 Since the couple stepped down from their positions, they have been objects of scrutiny.

They wanted to live a more quiet life, away from the media's eyes. They moved to Los Angeles to start a new life with their children.

Many though feel that they slandered the Royal Family en route. It seems that the Prince's relationship with his father, grandparents, and even his brother has suffered a considerable blow, barely surviving.

Amidst the rift, the Prince of Wales and Duchess of Cornwall sent the new parents their best wishes. This was probably the Royal Family's way of showing that they were delighted at the news. 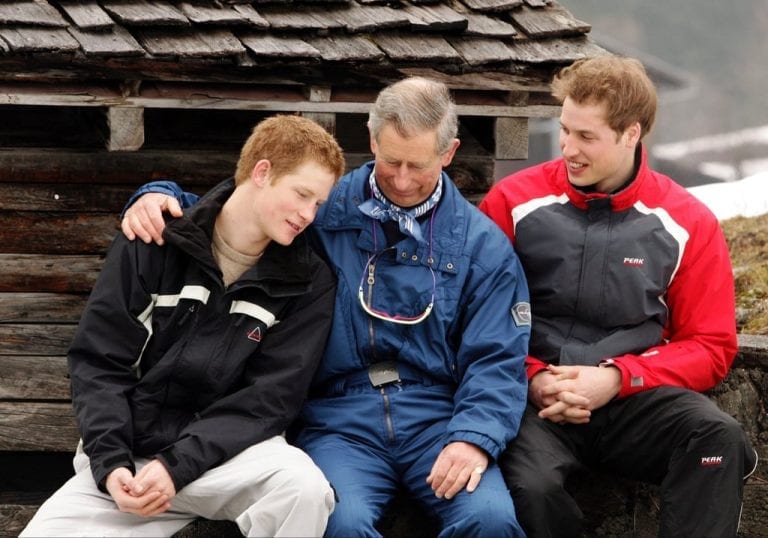 Harry's relationship with his family has shown no sign of improvement. He said that his father had been refusing his calls and had financially cut him off.

He also said that after they relinquished their position, they had first to live off Diana's inheritance without any financial support.

The Interview With Oprah Winfrey 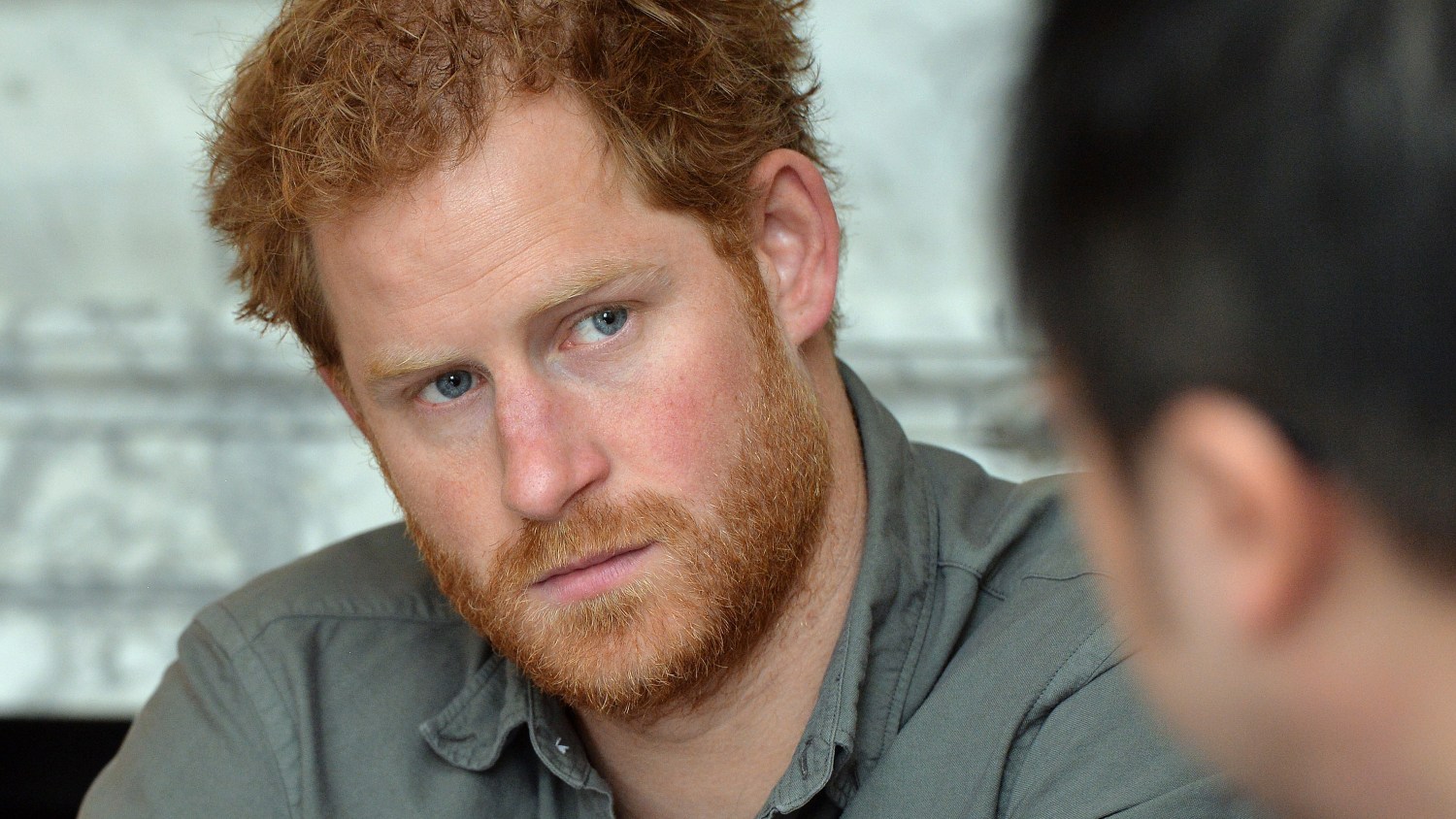 During their interview with Oprah, the couple talked about why they left. Harry blamed it on "lack of support and understanding" and how he wanted to get away from the "genetic pain" he felt from his family. This was particularly so with his father. 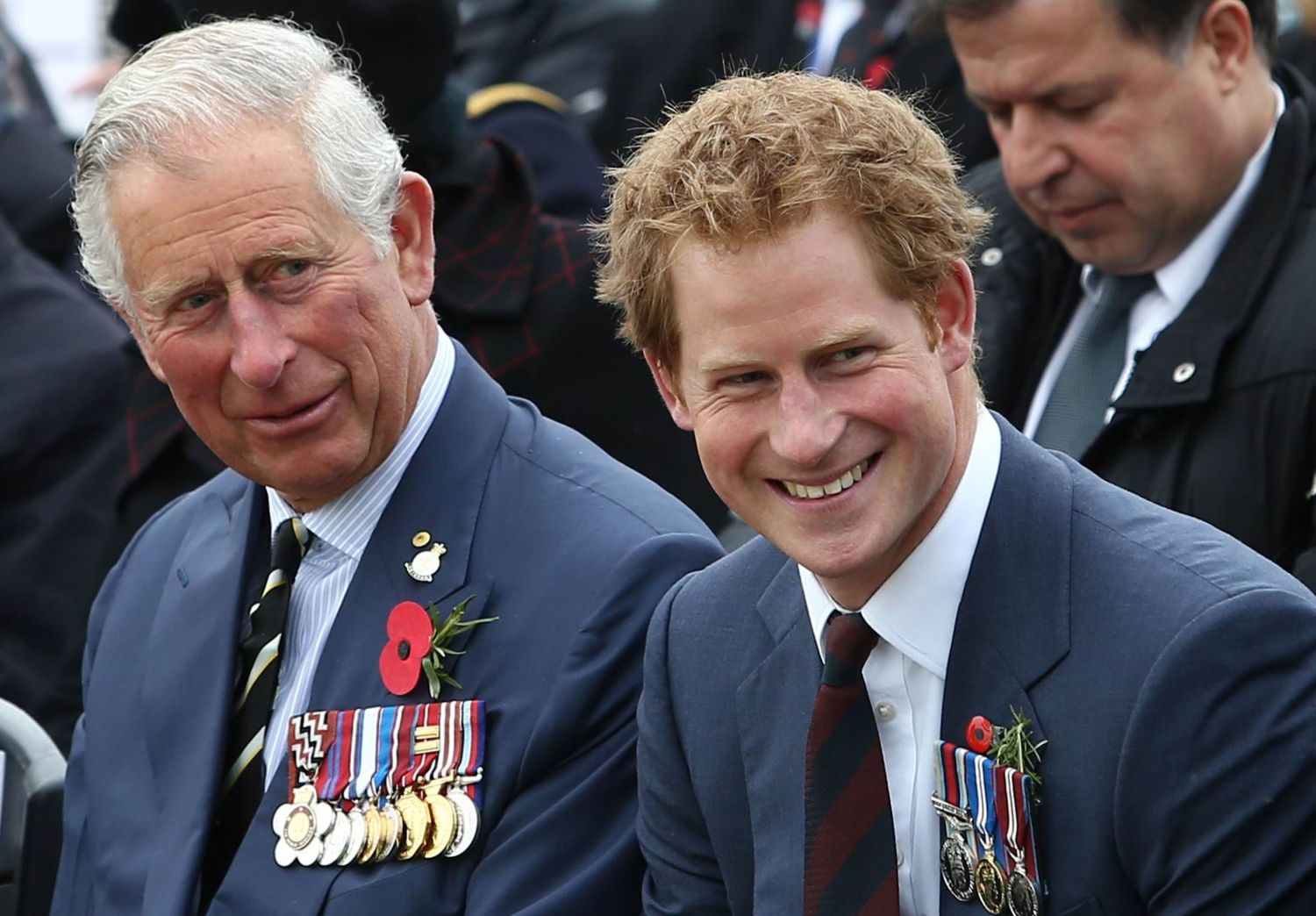 "I feel really let down because he's been through something similar, he knows what pain feels like, [and] Archie's his grandson. But at the same time - I will always love him - but there's a lot of hurt that's happened and I will continue to make it one of my priorities to try and heal that relationship. But they only know what they know or what they are told."

Meghan, on the other hand, talked about the worries about if her baby's skin would be dark and how she "just didn't want to be alive anymore."

Controversy Over Naming Their Child After The Queen 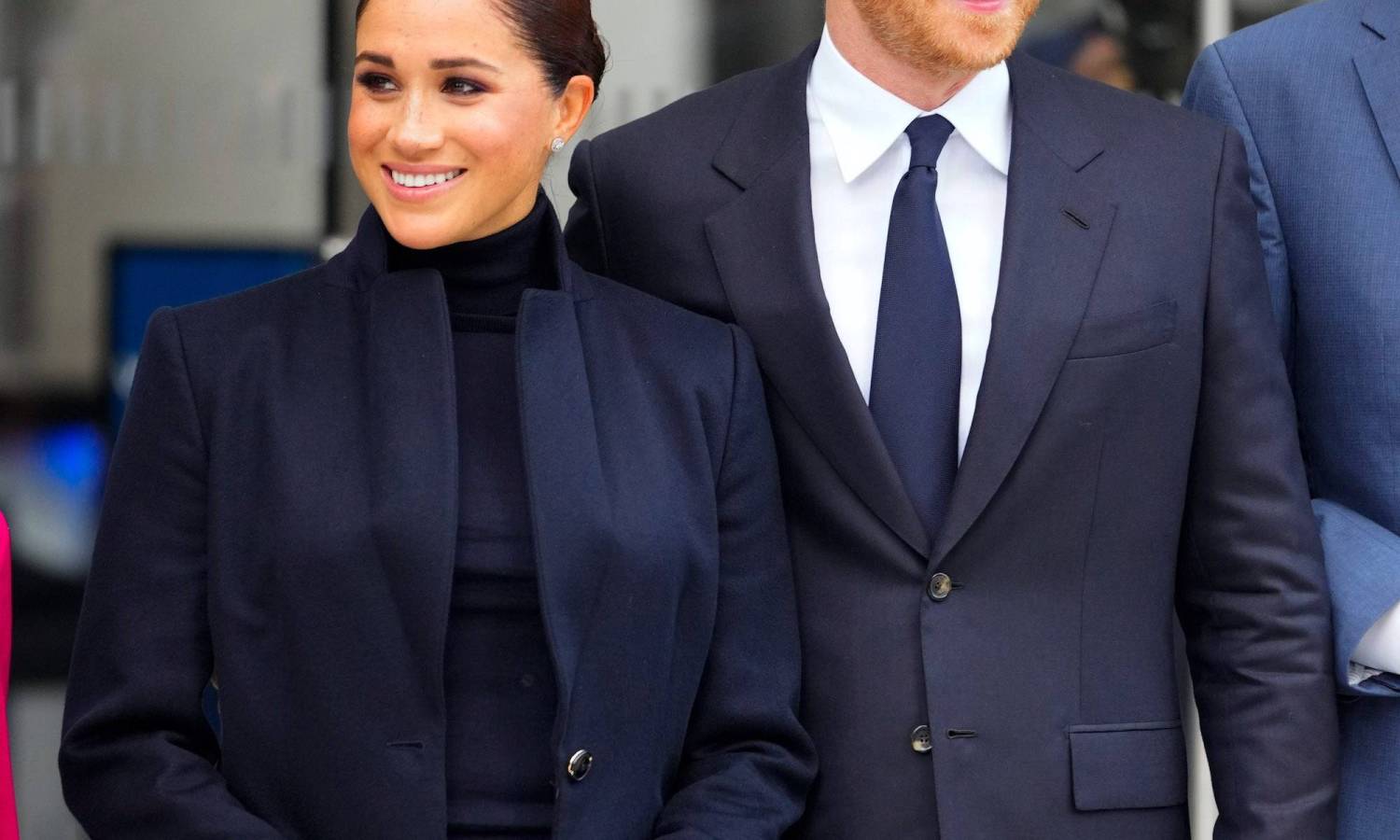 One royal biographer called it "rude." The couple has met with a lot of criticism over their baby's name.

The BBC reported that an anonymous palace source had told them that Harry and Meghan had not sought the permission of the Queen before naming their daughter with her nickname.

Subsequently, the couple's lawyers accused the BBC of defamation. They also sent out several letters to media bodies saying that the report was false and that Harry had spoken to the Queen about it before doing so.

The Buckingham Palace made no comments, neither could the BBC provide an "immediate response."

This has not stopped the public from airing their views and opinions.

Some even accused Harry of breaking royal protocol by using the Queen's pet name, while others viewed it as an "onslaught of abuse" against the Queen and The Firm.

"By giving the baby the name Lilibet, the Queen's private family nickname - even though they intend to use the diminutive 'Lili' for their daughter - there is a risk."

"Will it be seen as a presumptuous choice for a royal baby who is eighth in line to the throne, but who will grow up on the other side of the world speaking with an America accent? It is tempting to wonder if Harry would have been so emboldened in his choice if his grandfather Prince Philip - the only close family member permitted to call the Queen 'Lilibet' - had still been alive. Doubtless, there will be among the more cautious courtiers at the Palace some discomfort and the odd raised eyebrow at this latest convention-destroying Exocet from the Duke and Duchess of Sussex."

How The Royal Family Has Reacted

Well, in a congratulatory message by the Royal Family's official Twitter handle, the baby was called by her name. It also expressed that The Prince of Wales and The Duchess of Cornwall and The Duke and Duchess of Cambridge were delighted at the news.

The mixed reaction to the name has veered towards a touching tribute or a quest to seek the Queen's forgiveness.

Finally, after the controversies surrounding the baby's name had relatively died down, the couple unintentionally shared a picture of their baby girl.

To mark her fortieth birthday, Meghan released a video. The video shows her on a video call with Melissa McCarthy while sitting at a desk. 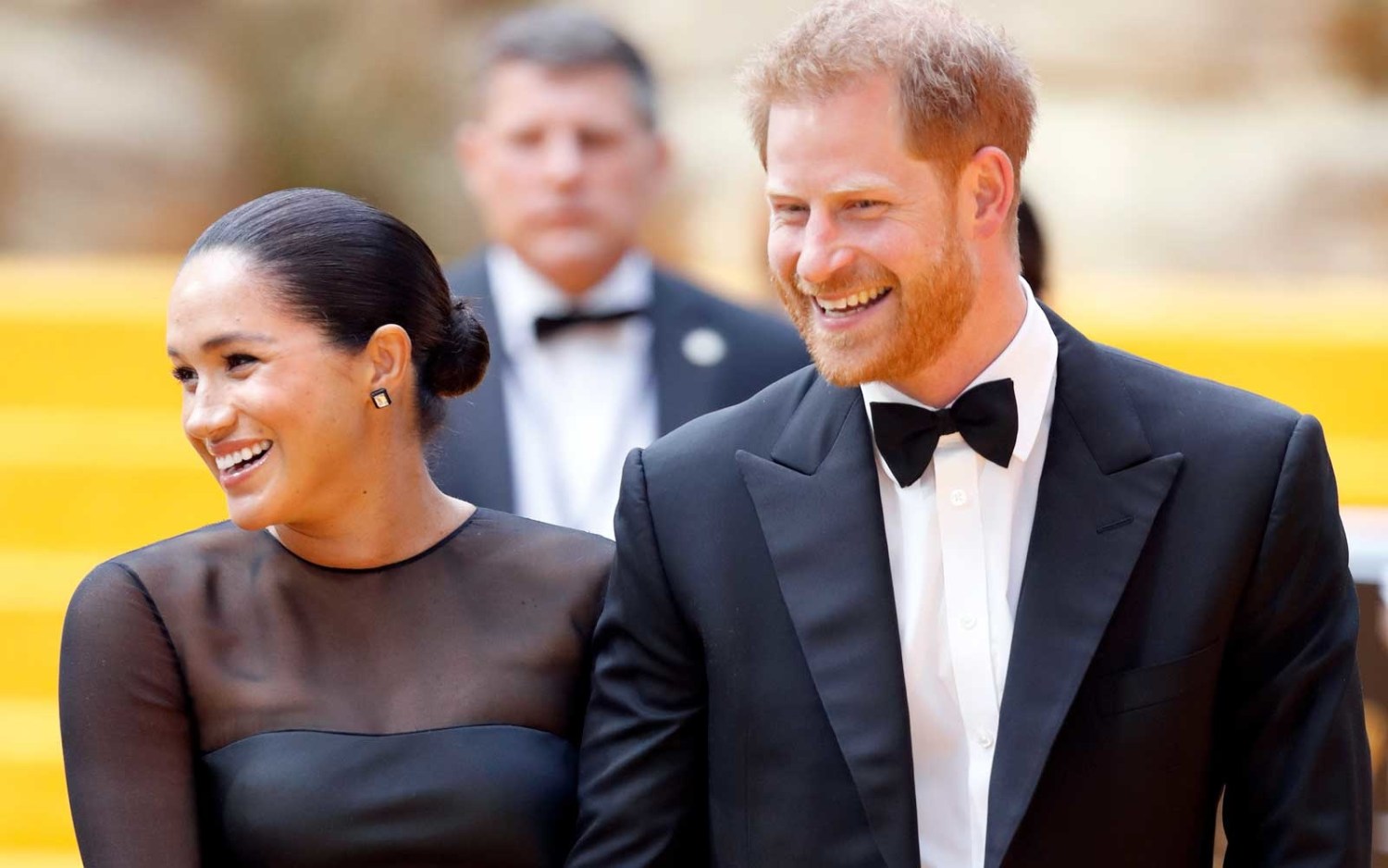 She discussed her new project, 40 x 40, one she set up to assist women to get back to and settle in at work after giving birth.

Meghan shared the clip and a message on their Archewell website. She wrote:

"In reflecting on my 40th birthday and the many things I am grateful for, I'm struck that time is among our greatest and most essential gifts. Time with our loved ones, time doing the things we love, time spent learning, laughing, growing, and the sacred time we have on earth. Amongst the most valuable gifts of time is also time spent in service to others knowing that it can contribute to incredible change."

She then went on to talk about how she wanted it to work, saying:

"In the past two years, and in large part because of the COVID-19 pandemic, tens of millions of women around the world have left the workforce, including over 2 million women in the US."

"I believe mentorship is one way to help women regain confidence and rebuild their economic strength, and for my birthday, I have asked 40 friends, activists, athletes, artists, and world leaders to help kickoff a global effort by contributing 40 minutes of mentorship to support women re-entering the workforce."

"With this time, I hope they each help someone advance a professional life on her own terms, and, I hope that they inspire countless others to give 40 minutes of their time as well. If you are able, please join us and pledge 40 minutes today in service of others in the way that feels right to you. The time that you donate can contribute to a global wave of service and set in motion meaningful impact in our own communities, and across the world."

She asked 40 friends to donate 40 minutes of their time to mentor a woman back to work. We can see Melissa agreeing to the deal in the video -and saying, "see ya at 50." Meghan blows out candles on her birthday cake afterward.

Viewers were quick to notice four family photos on display on her desk. One showed Archie standing while fans spotted another little being they believe is Lili in a 3-in-1 picture frame.

"I like to think that on the three photos joined, the one in the middle is a photo of Harry holding Lili."

"Looks like photo 1 is Archie, 2 Meghan and Harry, 3 Harry holding Lili about to give her a kiss and 4 Meg or Doria holding Archie."

Here is the video:

Notice the frames in the first few seconds? This is her first public appearance since June, and we must say she looks gorgeous.