Meghan and Harry's son, Archie is one cute little baby.

And although his parents decided that their family needs a break from all the lights, media, and action moments, Meghan couldn't resist and made a heartbreaking confession about her son.

Once Upon A Blind Date

It all started with a blind date. Meghan and Harry met back in 2016 when they were set up by a mutual friend who thought the two would hit it off.

Oh, bless this friend because he was right from the start.

Since the pair got along together, they quickly arranged to see each other again. They eventually went on two more dates in London.

Finally, in 2017, after keeping everything private for a couple of months, the pair officially went public with their relationship.

And of course, Meghan was instantly catapulted into the royal spotlight.

She was already pretty well known to the public world for her role as Rachel Zane in Suits. However, the California-born actress was thrown into levels of fame that she had never experienced before.

The whole freaking world became obsessed with Meghan and Harry in an instant.

And did they enjoy it? Hmmm...

Later that year, people were delighted to hear the news of their engagement.

And to be honest, we didn't wait too long to see them walking down the aisle. Meghan and Harry officially tied the knot in May 2018, and they became the Duke and Duchess of Sussex.

Not long after their wedding, on October 15th, 2018, the newlyweds announced that they were expecting!

And on May 6th, 2019, Archie Mountbatten-Windsor was welcomed into the world.

There's no doubt that baby Archite lightened Meghan and Harry's lives. The three of them made a wonderful little family.

But things haven't been as rosy and smooth-sailing as they have been appearing. And Meghan had a hard time adapting during her transition into the royal family.

Joining the British royal family was never going to be easy, given that a person has to give up their entire life to be a part of the monarchy.

But Meghan's experience was especially difficult.

Many dedicated royalists weren't happy to see an American woman of color in the monarchy, which caused all misunderstandings and problems along the way.

Moreover, many attacked the Duchess, slamming her as fake, with some going as far as accusing her of breaking up the royal family entirely.

The Pressure Of The Press

Kensington Palace has issued a statement this morning about the harassment currently being experienced by Meghan Markle and her family. pic.twitter.com/EuFZ4fmUIj

— The Duke and Duchess of Cambridge (@KensingtonRoyal) November 8, 2016

Meghan was relentlessly attacked by the press.

Their pressure was pushing beyond any boundary, to the point where Kensington Palace was forced to issue a statement, pleading for the press and the public alike to take a step back when it comes to their scathing reporting and bombardment of Meghan.

Some Big News And Unexpected Moves

However, Meghan and Harry had enough of the harassment, and they decided that the time for a change, a big one, has finally come.

So, it wasn't a shock when they announced that they would be officially stepping down as senior members of the royal family.

"After many months of reflection and internal discussions, we have chosen to make a transition this year in starting to carve out a progressive new role within this institution. We intend to step back as 'senior' members of the Royal Family and work to become financially independent while continuing to fully support Her Majesty The Queen."

The royal couple wanted a bit more privacy and a normal upbringing for their little son, Archie.

In the meantime, they also announced that they would be splitting their time between the U.K. and North America.

"This geographic balance will enable us to raise our son with an appreciation for the royal tradition into which he was born, while also providing our family with the space to focus on the next chapter, including the launch of our new charitable entity."

This news went viral and offered a huge discussion for their behavior and plans. 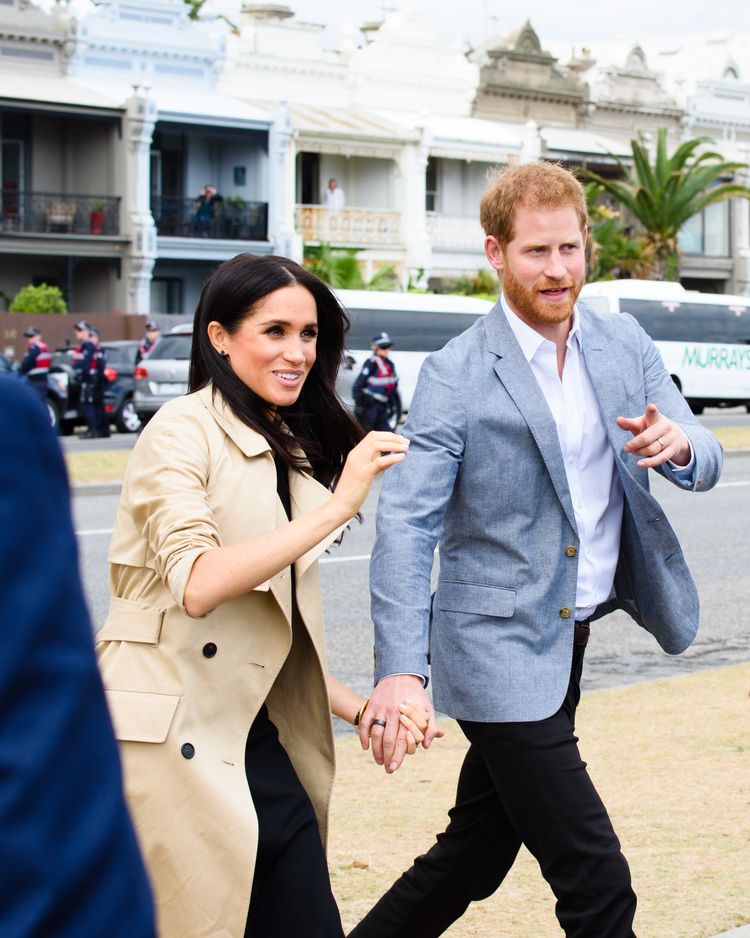 Motherhood is a change of a gigantic scale.

It's like a whole new person trapped in your body and mind. And yet, nobody took into consideration how Meghan was feeling. Or how hard this whole experience must have been for Meghan as a new mom out there.

Despite receiving hate comments on social media, there were still people who offered support for Meghan and Harry.

Last year in May, Archie celebrated his first birthday.

What a time to be alive!

A New Chapter In Life

Harry and Meghan are currently isolating in LA.

They are finally away from the family and all the drama that revolved around it. But of course, that didn't stop the tributes from pouring in.

The happy parents shared their own birthday video too.

Harry recorded a video of Meghan reading to Archie who, as most mischievous 1-year-olds do, was excitably squirming and giggling in her lap. And besides all comments, Meghan looked confident and content in her role as a mother as she enthusiastically read a story to little Archie.

Mothers Will Always Have Concerns

Despite everything, it seems that Meghan has growing concerns for her son.

Moreover, a close friend revealed to The Sun that Meghan is worried that Archie doesn't have enough interaction with other toddlers. 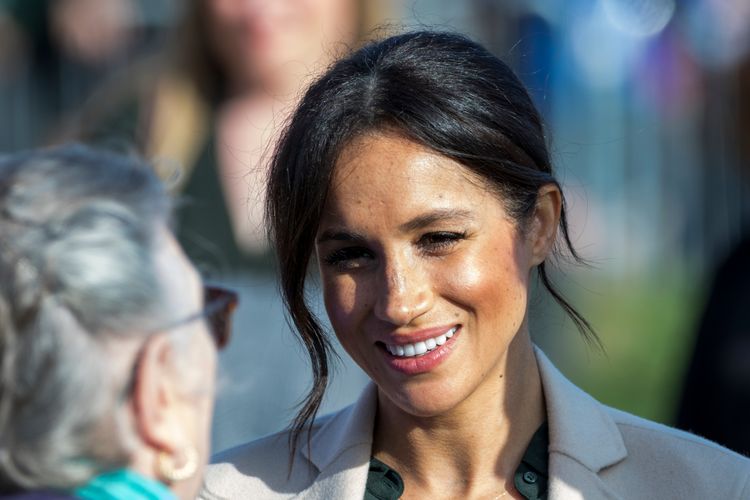 "Meghan said Archie needs to learn emotional and social skills by being around other young children, something he can't do with adults."

And that wasn't even all.

The same source explained the situation: 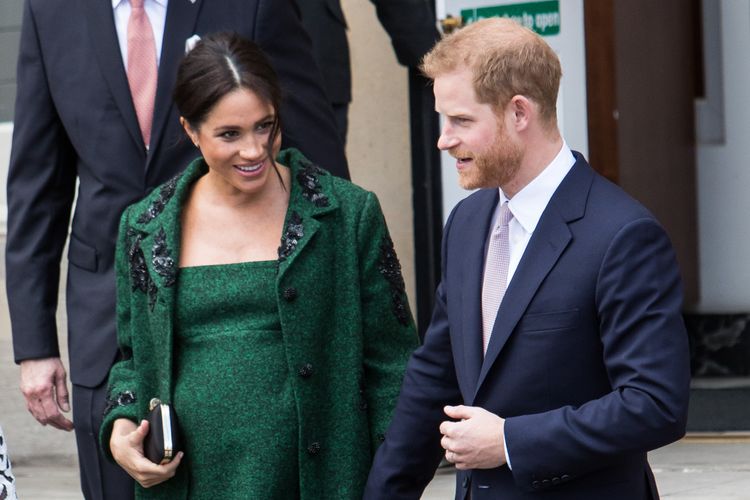 "Meghan said ideally they (she and Archie) would be in a baby group class that met in person a couple of times a week. This would give Archie the opportunity to play with other toddlers and help develop his brain. Meghan does take advantage of connecting with others online and on Zoom but says it's just not the same as in person."

Well, Meghan surely has a plan. And even the pandemic won't and can't stop a woman that has something on her mind, especially if that something appears to be her child. 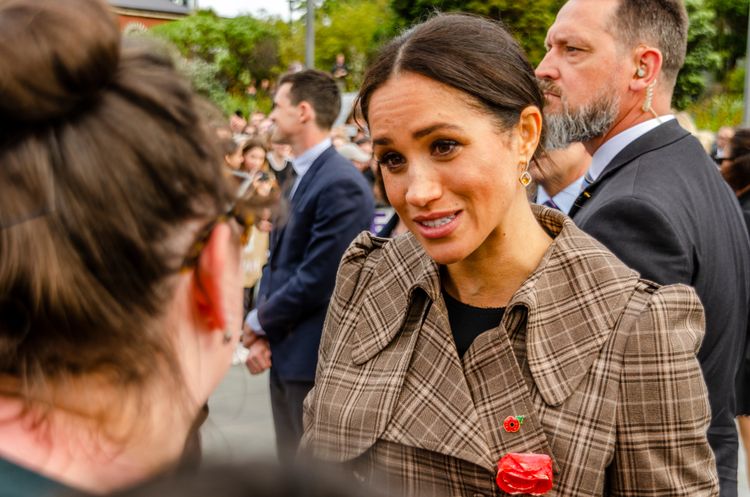 A mother who would stop at nothing for her child is a dangerous woman when crossed.