Though many question Megan Fox's sense of style, the actress and model always know how to get people talking.

During an event for the Mugler x Jimmy Choo collaboration, the Armani Beauty ambassador showed up in a see-through dress inspired by lingerie. 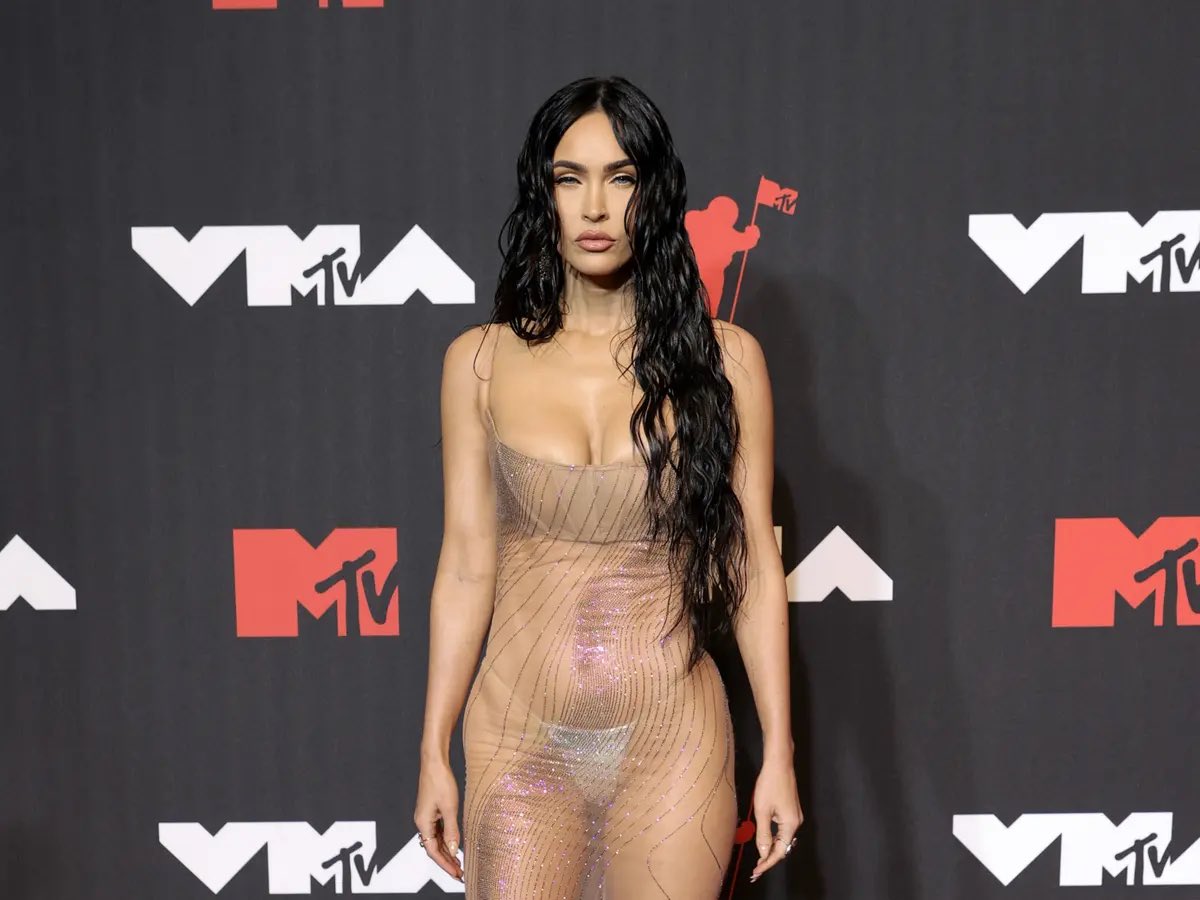 The designer behind the incredible piece of clothing is, naturally, Mugler.

Mugler designer Casey Cadwallader expressed that the dress is perfect for Megan, a big fan of the famous fashion brand. 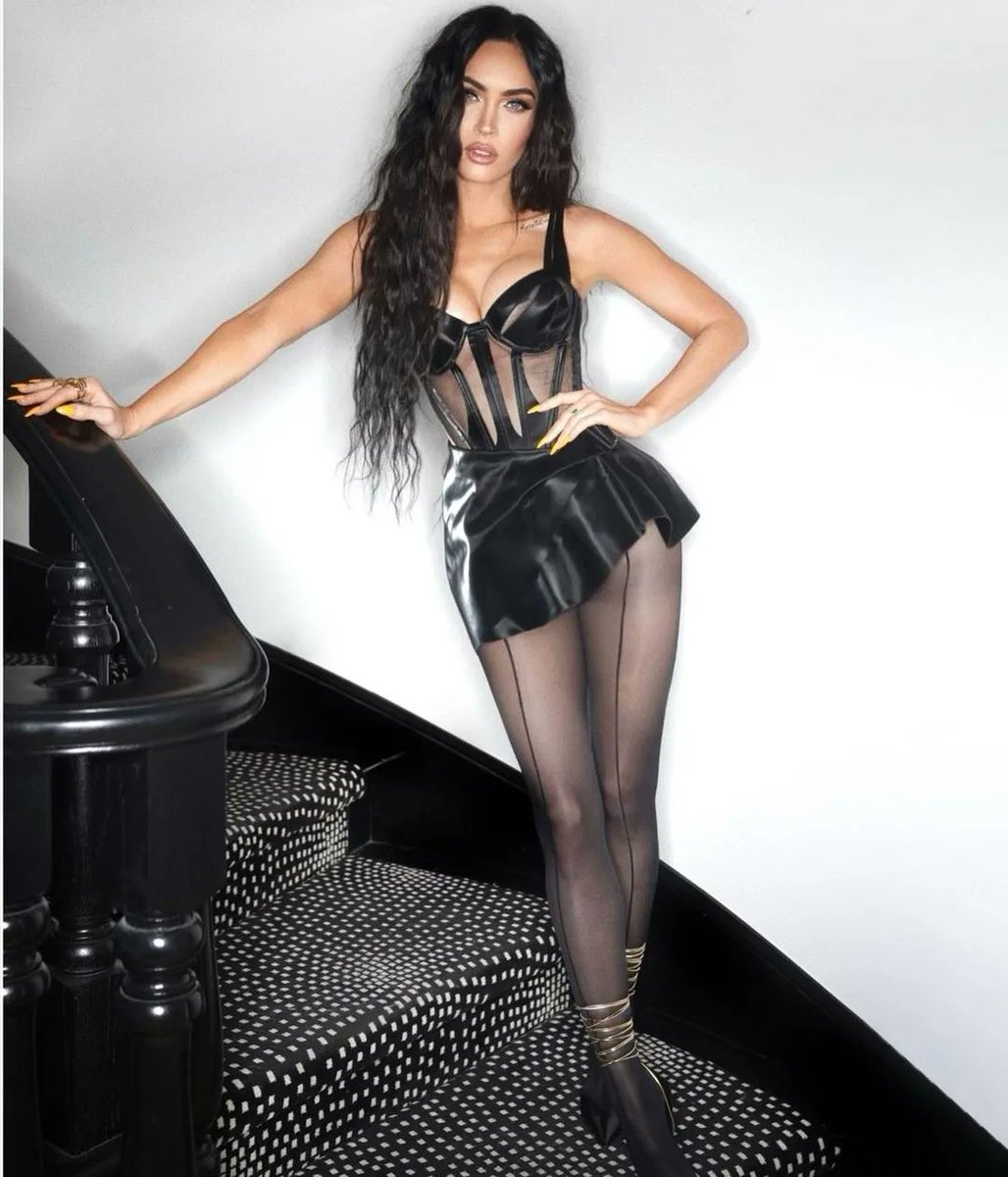 Previously, the stunning brunette rocked Mugler while attending the VMAs, showed up in a little black dress to the Billboard Music Awards, and the fashion house's body-hugging pink Barbie jumpsuit to the iHeart Music Awards in March. 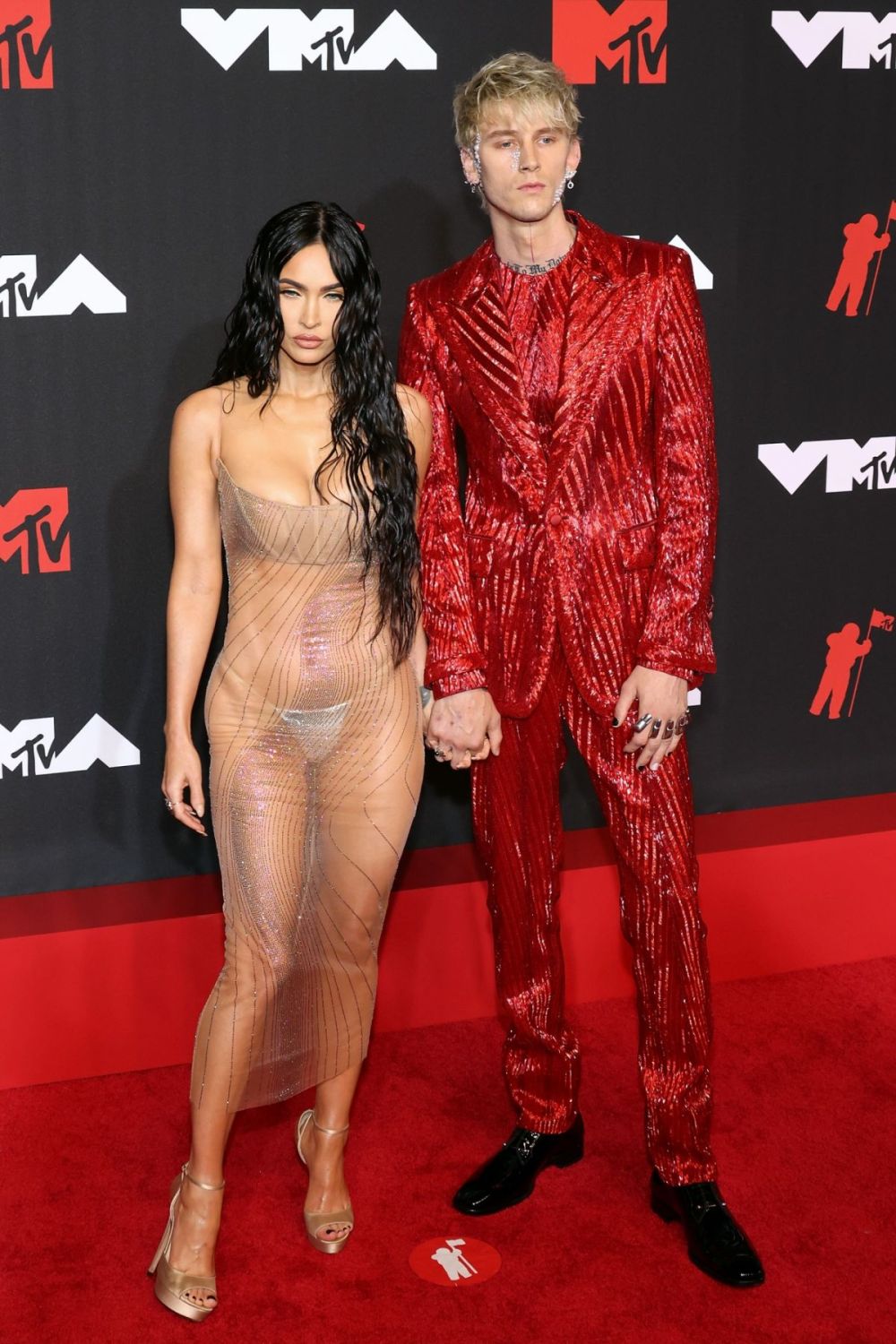 But it is not just Mugler's aesthetic that's appealing to Fox. The actress is also beloved by the iconic Italian duo Dolce and Gabbana. Megan attended their fashion show in the front row wearing a racy black lace camisole with black, laced-up leather pants. 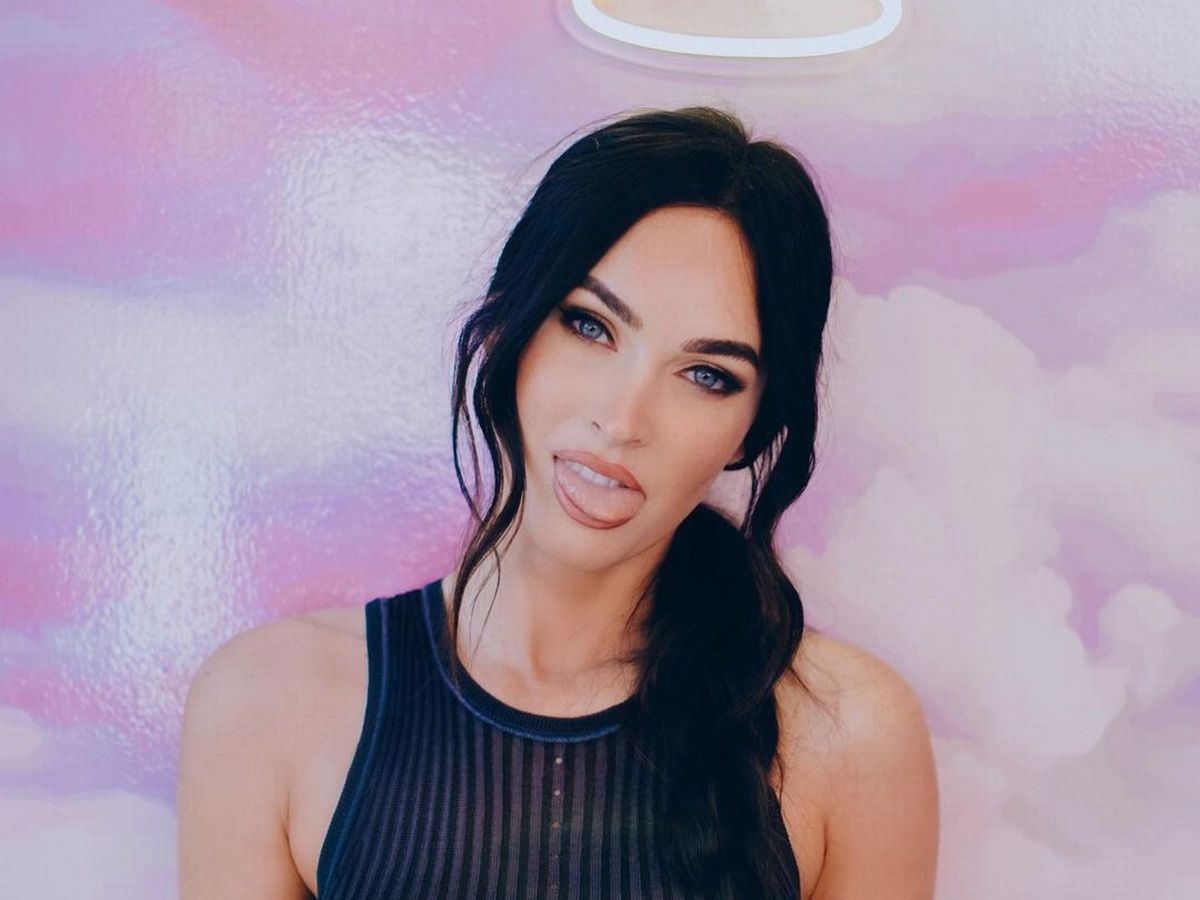 She also showed us how to work a Givenchy leather blazer as a dress and accessorized it with a body chair for the UN/DN LAQR event.

Talking to Vogue, the fashionista explained:

"As an actress, I had been classified or put in the category of being a sex symbol… [Fashion] wasn't something I was focused on." 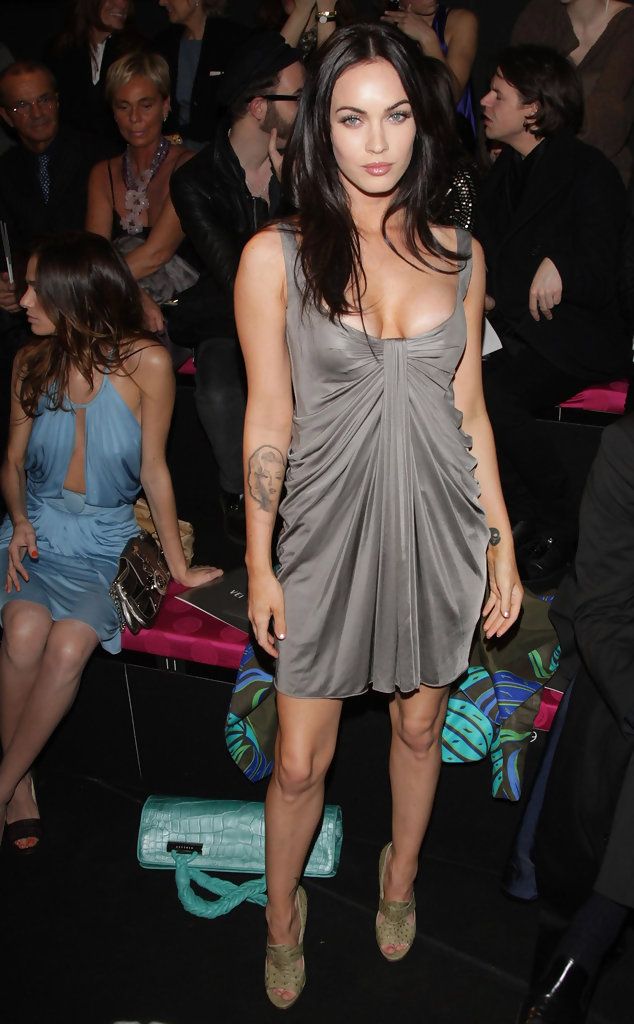 Megan added that her fiancé Machine Gun Kelly and stylist Maeve Reilly have pushed her to wear clothes that simply "let me be me." "Being with him… has freed me up to express myself more. [Maeve] wants to dress me the way that I feel." And judging by her slew of winning fits, she's been feeling fabulous." 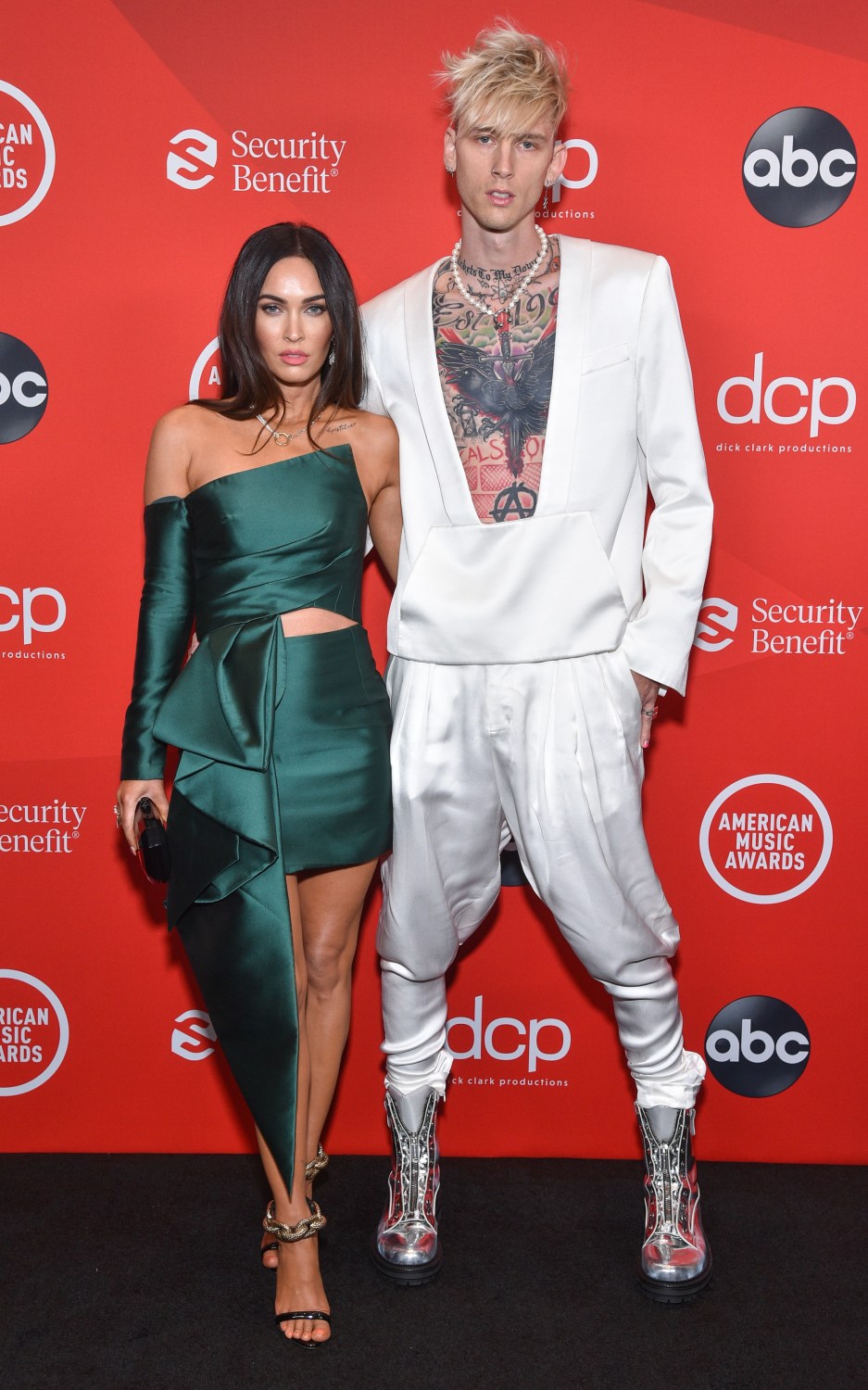 Megan Fox oozes sex appeal. She doesn't have to wear revealing dresses, but as she confirmed, they are her thing. So, let's enjoy some ultra-hot editions of one of the hottest women on the planet. 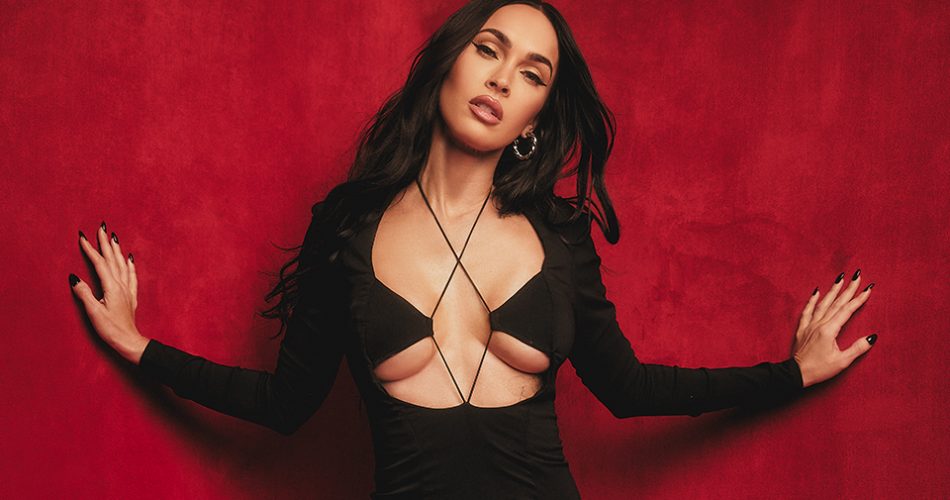 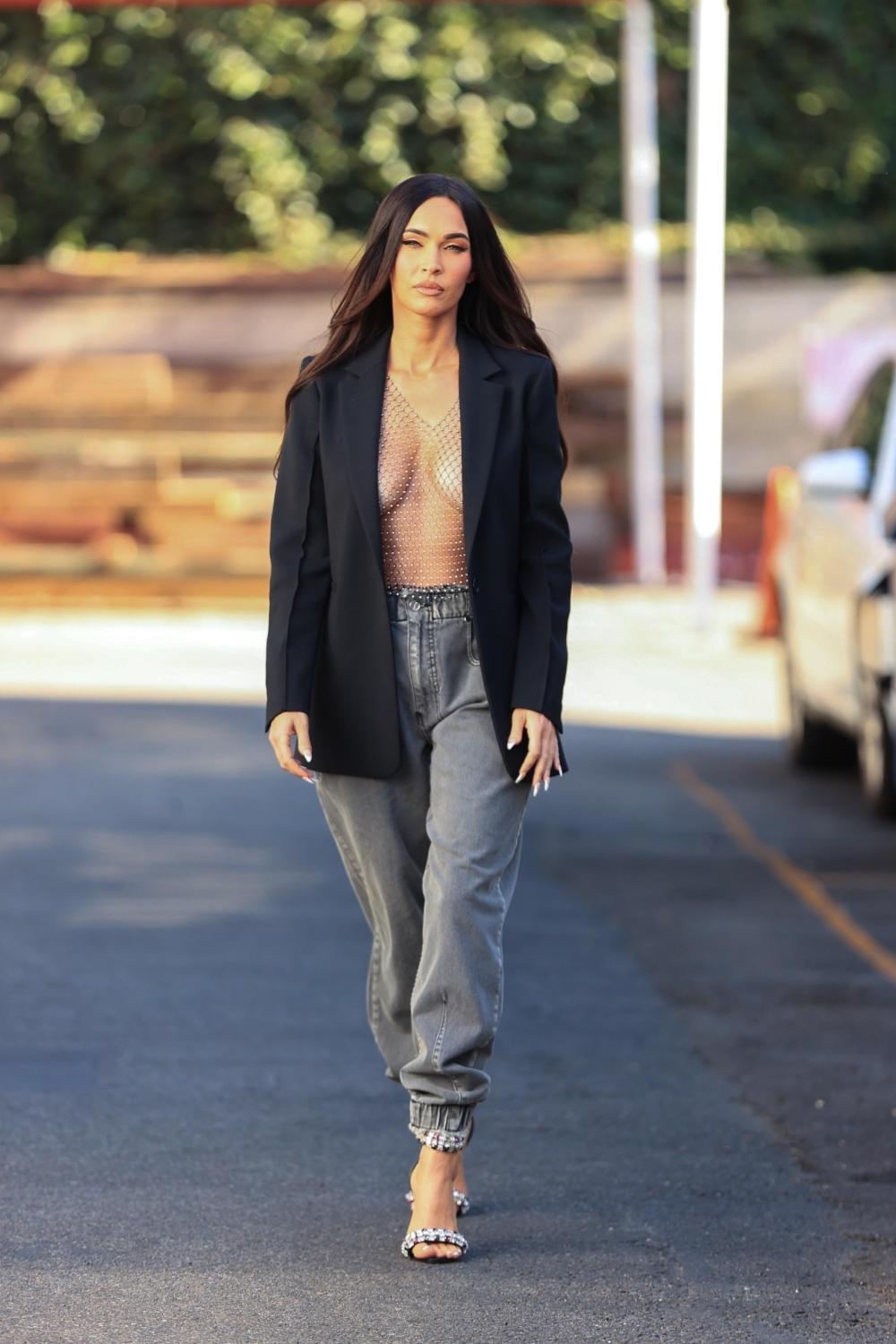 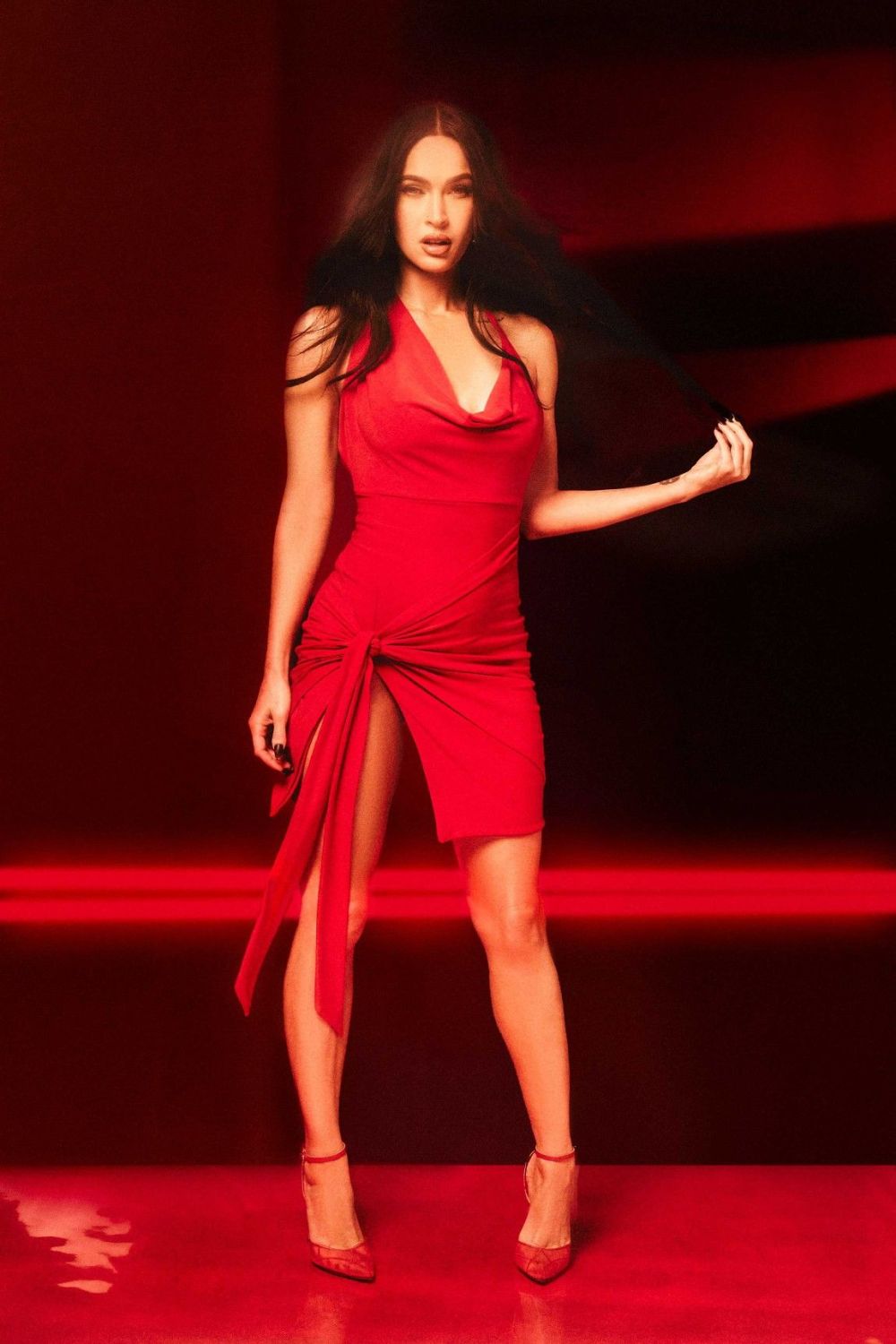 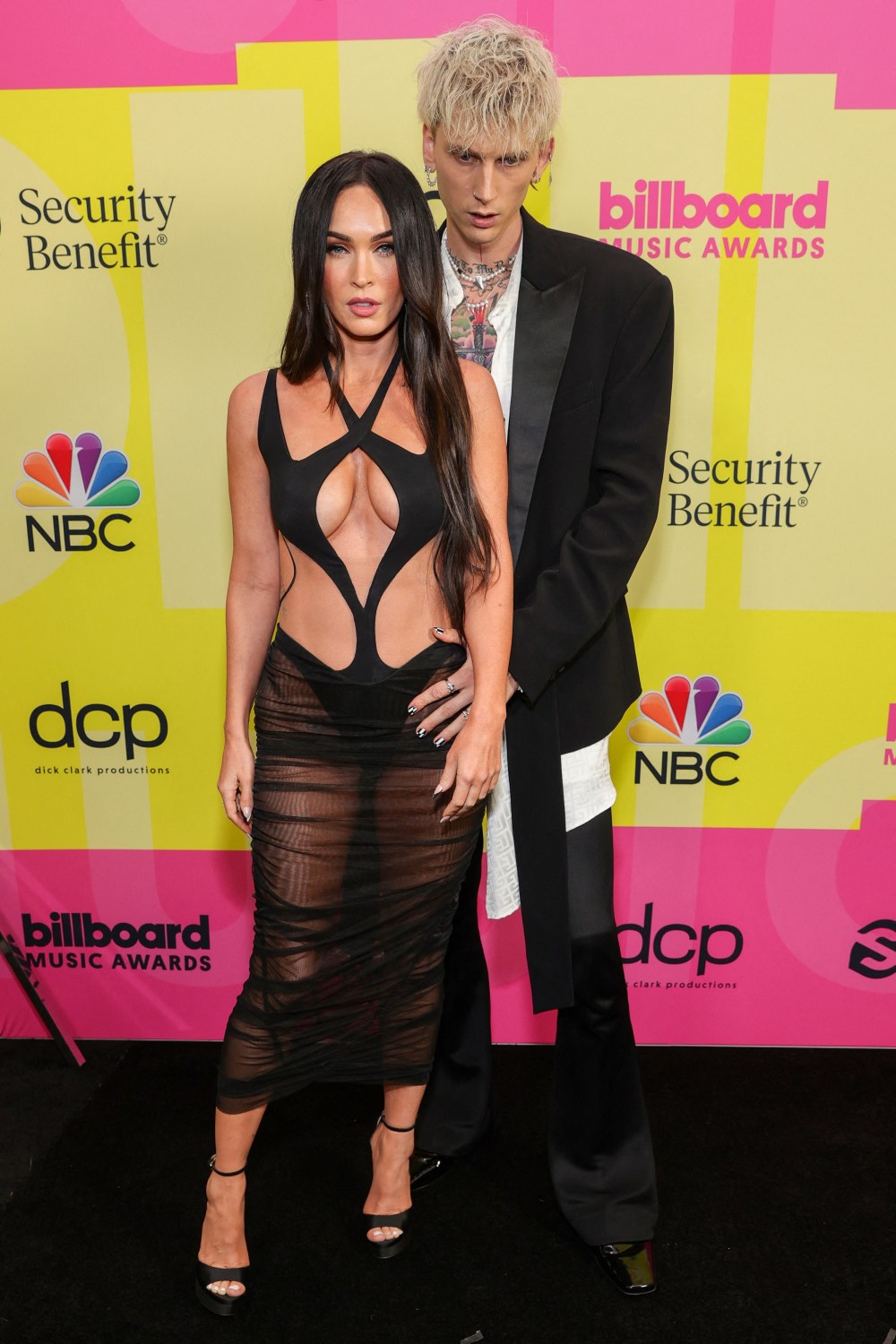 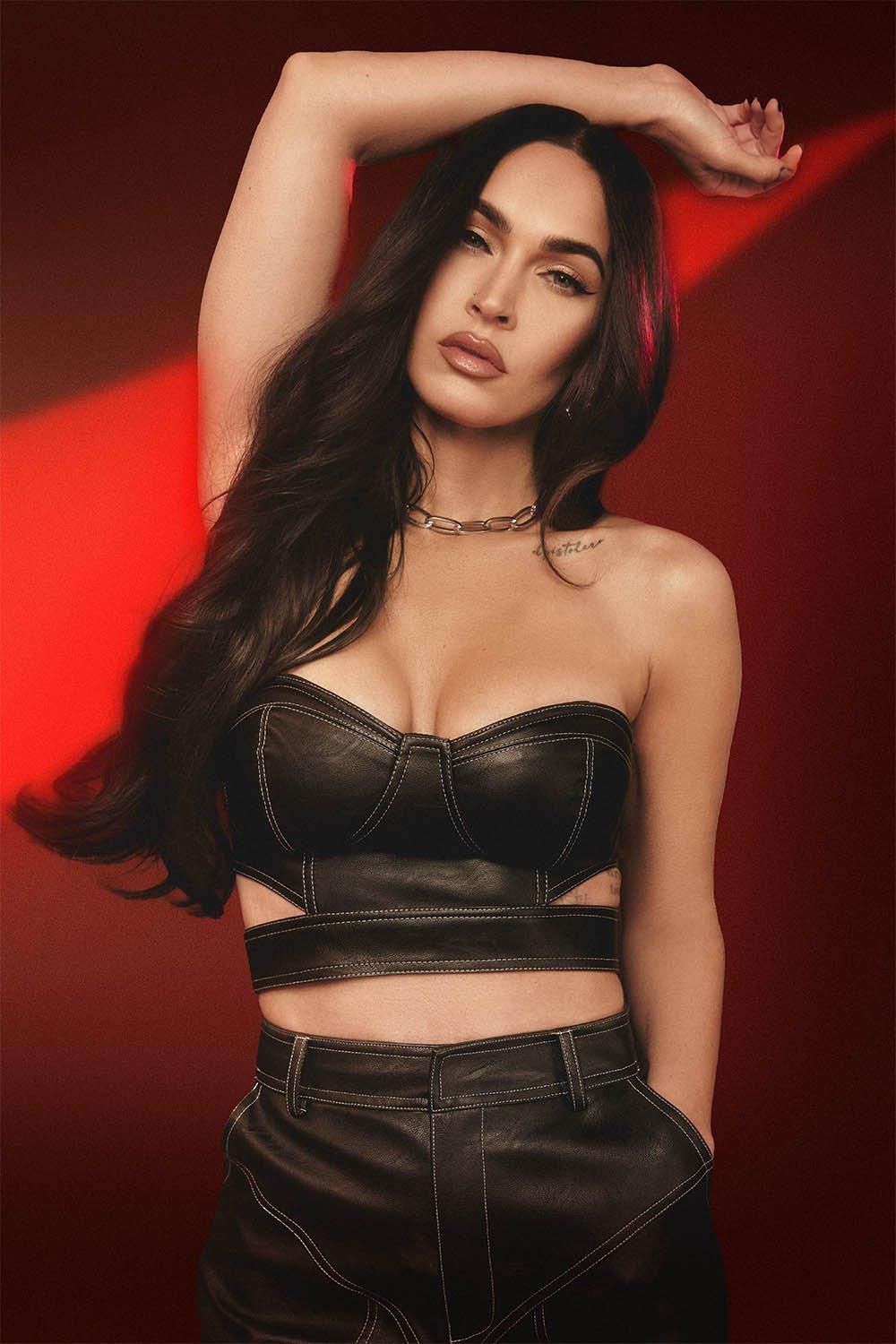 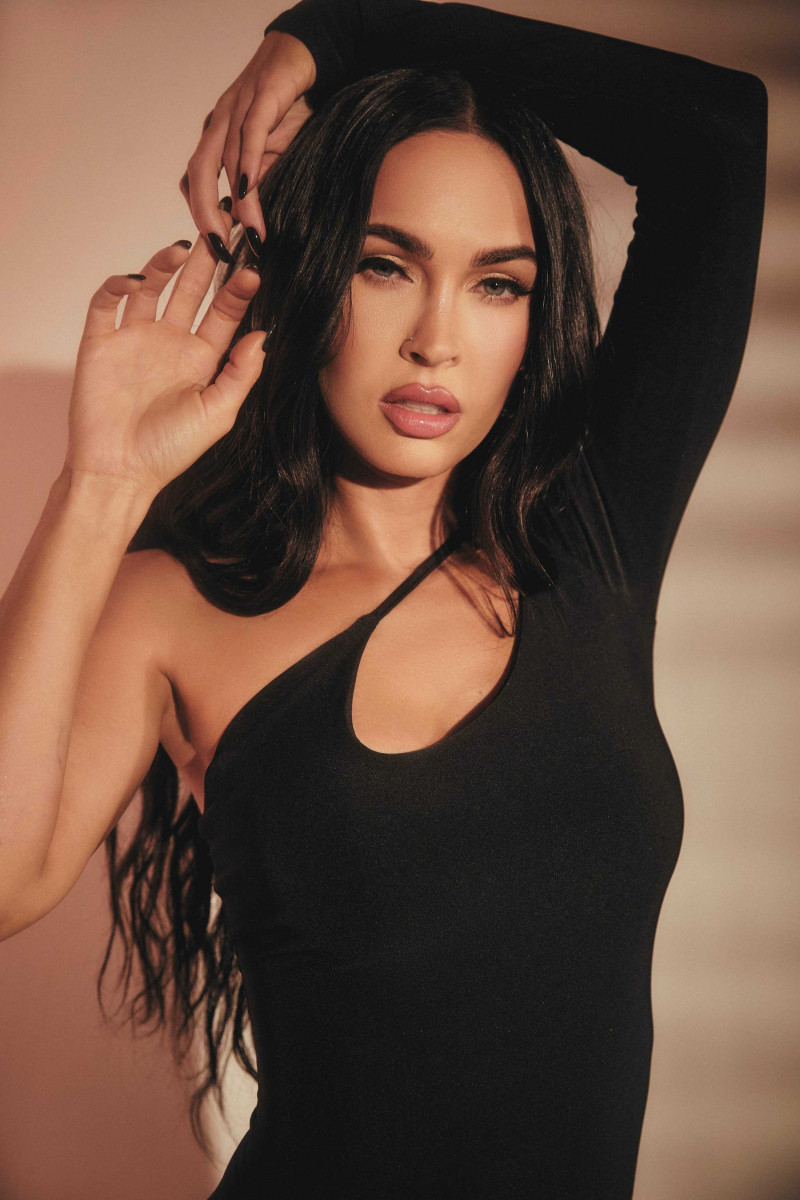