Michael Jackson is undoubtedly a big loss to this world, who is still the only King of Pop to this day.

His life was always interesting to both the public and paparazzi, who could not stop following him and documenting his every move, even though he clearly preferred keeping his privacy to himself.

When Jackson's children were born, many doubts came up about who their mothers were.

Some believe that she married him to help him become a parent, which the pop singer really wanted.

The tabloids covered Michael Jackson's personal life, marriages, and children all the way up to his death. 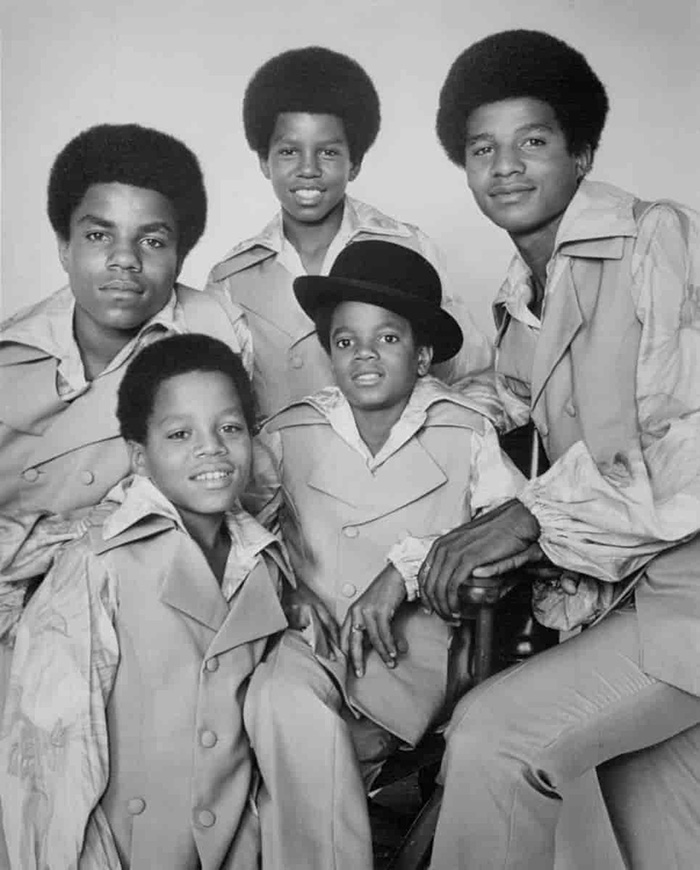 There were a lot of talks because Michael had three children with two separate women. The media often questioned if his children were his biological kids and speculated on who each one's mother was.

Looking back on Michael's connections, it's not surprising that the press was looking for some answers.

In 1974, the pop icon met his first wife, Lisa Marie Presley. When he first saw Lisa, he was only 16 years old, and it was Elvis Presley who introduced them at a hotel in Las Vegas. 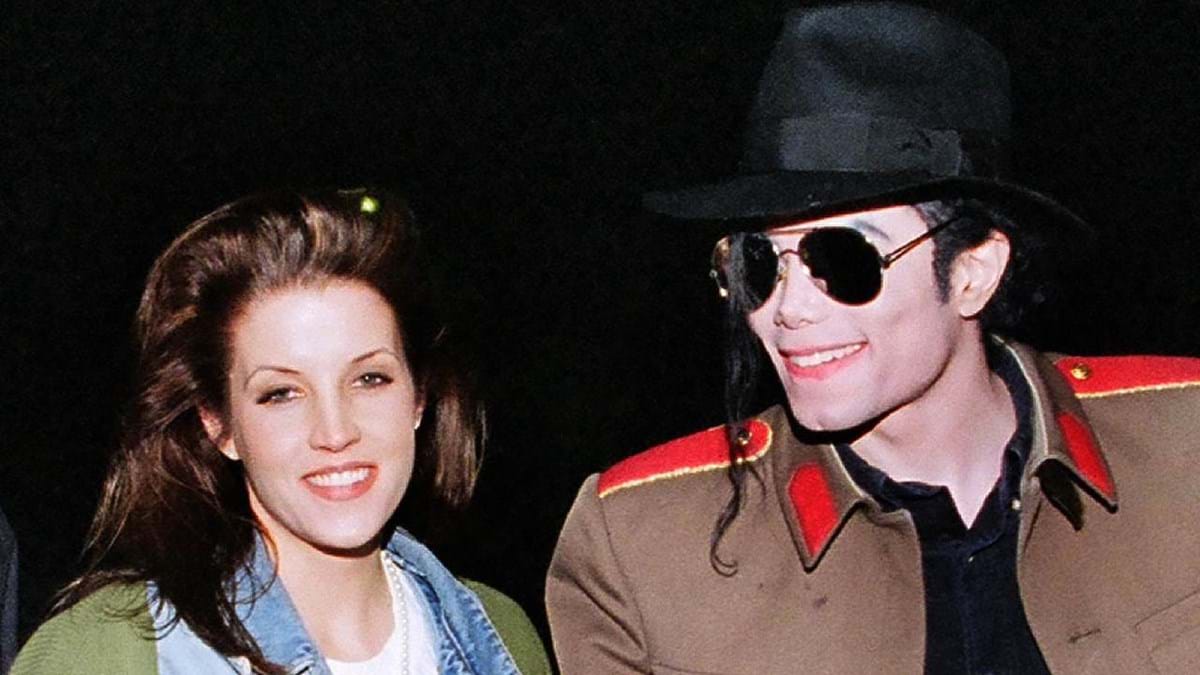 Lisa was only 6 at the time, but she was a big Jackson 5 fan and had a soft spot for Michael in particular.

The couple met again after another long 18 years at a dinner hosted by Australian artist Brett-Livingstone Strong.

They immediately hit it off and started talking on the phone non-stop. The love birds had a lot in common.

Particularly, they both had trouble dealing with the "real" world.

Both had been shielded from the outside world. Lisa was still married to actor Danny Keough, with whom she had had two children when she met Michael. 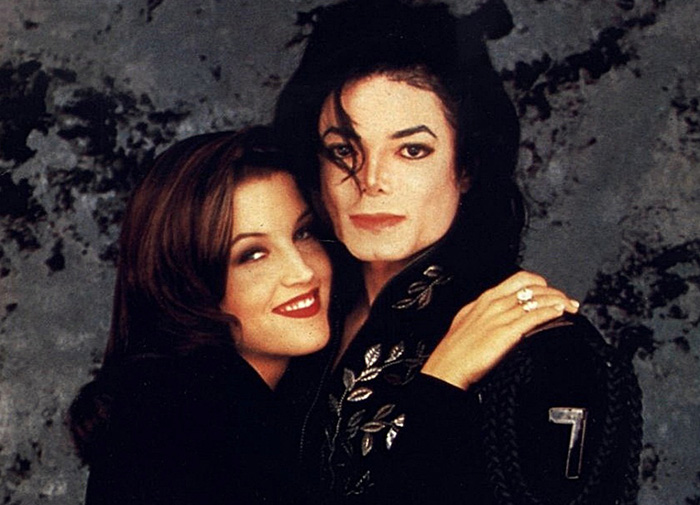 However, Michael and Lisa developed a special bond together, and one day when talking on the phone, he asked her: "If I asked you to marry me, would you do it?"

She said yes and later divorced Danny. Michael and Lisa married only 20 days after the divorce was finalized.

In 1994, the pair married in a ceremony in the Dominican Republic. The enormity of this mega-celebrity wedding should not be overlooked; one newspaper even called it "The Marriage of the Century."

However, their marriage quickly devolved into chaos. 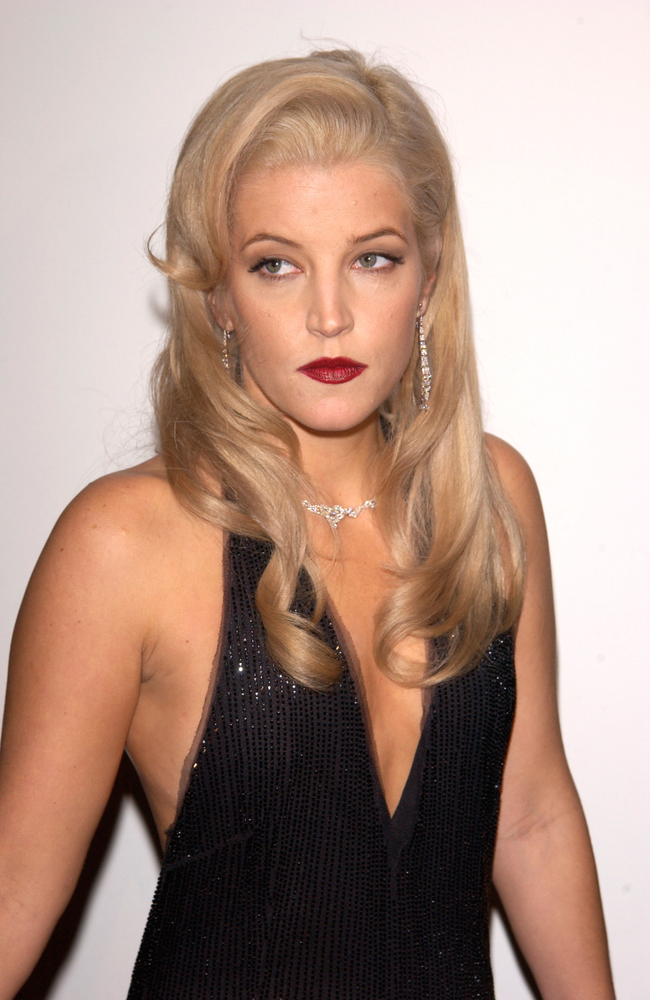 Lisa Marie was adamant about not having children with her spouse. She believed Michael was too immature to be a parent, and she didn't see them having a future together.

According to Lisa, Michael struggled with mature relationships and was "childish," and often did child-like things. He is reported to have told Lisa that she didn't have to carry his children if she didn't want to.

"My friend Debbie [Rowe] said she would get pregnant and have my baby. If you do not do it, then she will. How about that?" Michael told her, as per the book Michael Jackson: The Magic and the Madness by J. Randy Taraborrelli.

And according to reports, Lisa said that she was fine with that.

The couple got divorced in 1996, although they dated for another four years, on and off. 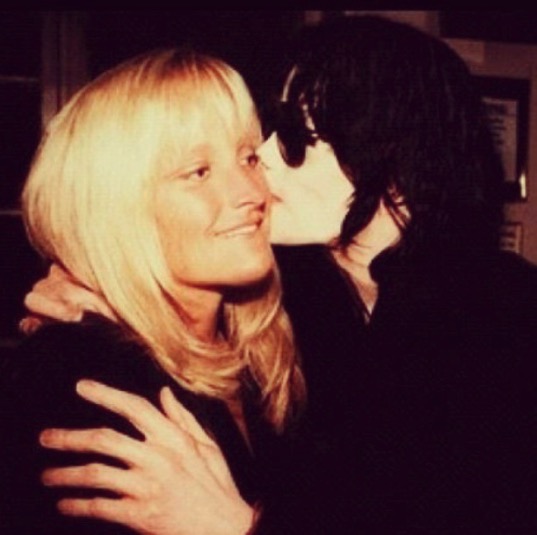 When they were married, Lisa Presley wasn't the only woman in Michael's life. In fact, Debbie Rowe was always in the background.

Michael and Debbie have a long history together. Debbie had met the pop singer at his dermatologist's office in the mid-1980s, where she worked as an assistant.

Debbie had been assisting Michael for many years in the treatment of his chronic skin condition, vitiligo.

The two became very good friends, and it wasn't the end of the story. Michael and Debbie Jackson married in 1996, and two of Michael Jackson's three children were born thanks to their union. 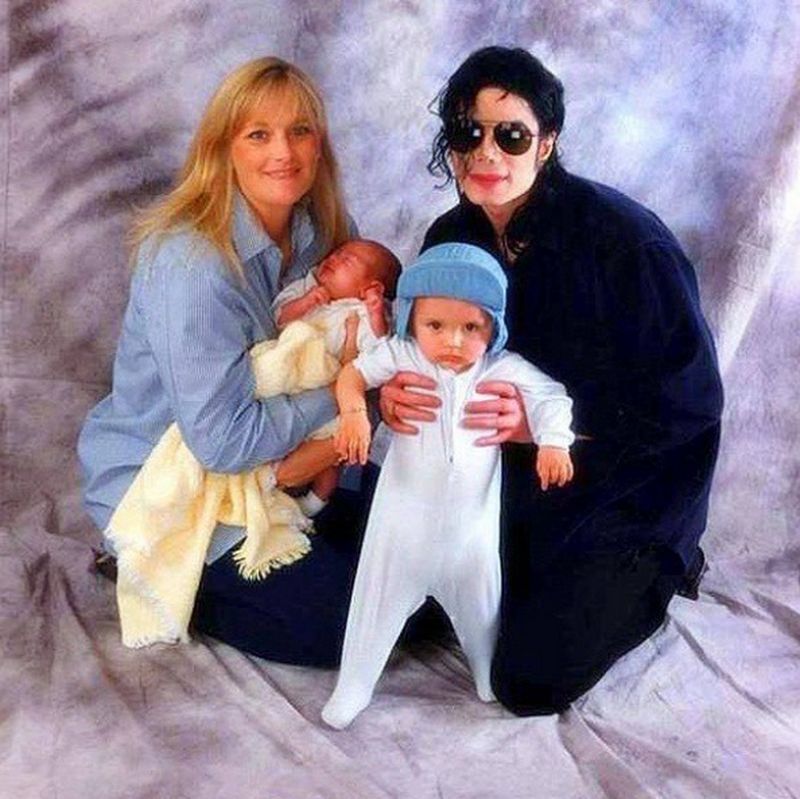 When it came to parenting, Michael and Debbie took an unusual approach. Michael wanted to raise the children on his own at the Neverland Ranch. Thus Debbie was more of a surrogate mother.

Because Debbie didn't want to become too attached to her kids, she only visited them sporadically:

"My kids don't call me Mom because I don't want them to. They're Michael's children.

"It's not that they are not my children, but I had them because I wanted him to be a father. People make remarks, 'I can't believe she left her children.'

"Left them? I left my children? I did not leave my children. My children are with their father, where they are supposed to be. 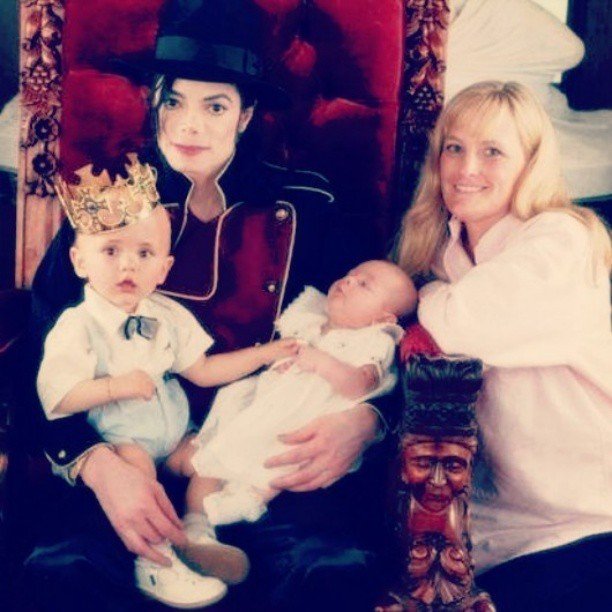 I didn't do it to be a mother… If he called me tonight and said let's have five more [children], I'd do it in a heartbeat," Debbie said in an interview with journalist Martin Bashir.

But this "deal" cost her a lot. Eventually, after becoming so dissatisfied with the deal, Debbie filed for divorce in 1999.

Debbie gave Michael full custody of her children after their divorce, but the two remained friends afterward. 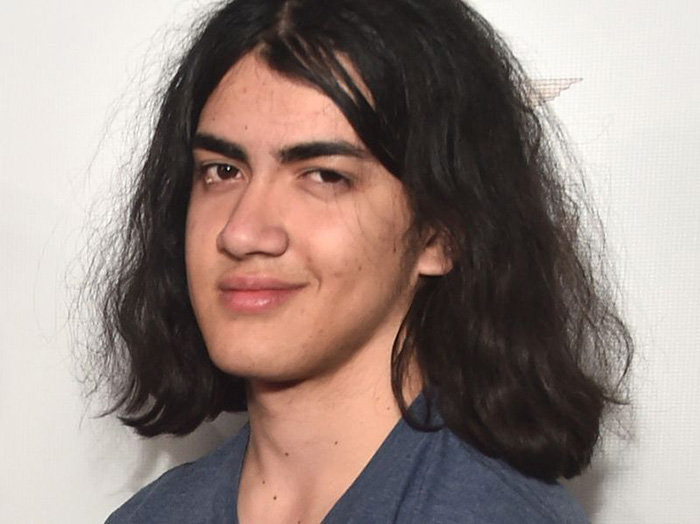 Prince's nickname stemmed from the fact that he was usually seen wearing a blanket over his face in public.

Michael, though, saw something lovable about this odd nickname: "A blanket is a blessing, a way of showing loving and caring," he said.

When Michael held him over a fourth-floor balcony railing of a hotel in Berlin, "Blanket" became known worldwide. Many people were startled, believing Michael was putting his baby's life in danger.

He later apologized for the incident, claiming that he got carried away in the heat of the moment.

The Mother Of Bigi Jackson 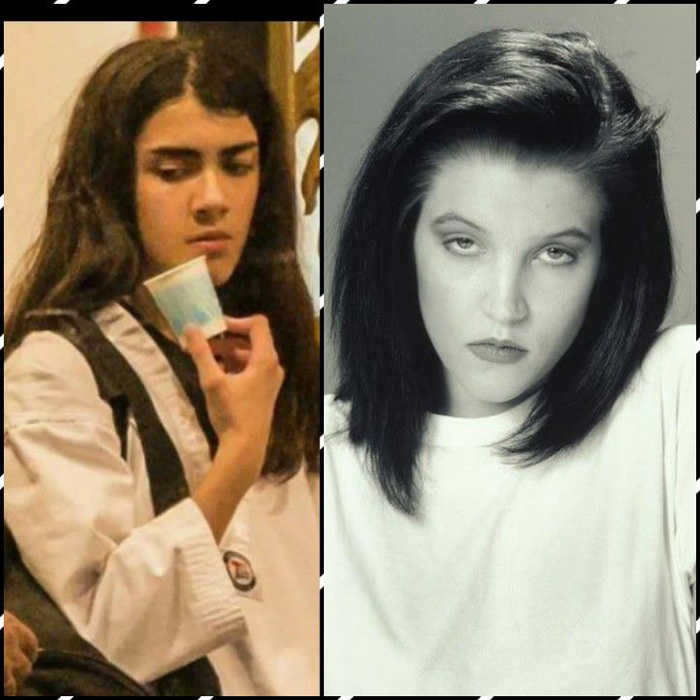 The mother of Michael's third child is still unknown. Debbie Rowe was rumored to be Prince Michael II's birth mother, although she has denied that.

According to Michael, the baby came to life through artificial insemination, who also stated that he did not know the mother.

Bigi had been bullied for his nickname as a child, according to media reports. Thus it was a big and crucial step for him to take. When Bigi's father died in June 2009, he was only 7 years old.

The King of Pop, who was only 50 years old at the time, died of a heart attack at home.

Bigi was raised by his grandmother, Katherine Jackson, after his father died tragically. And TJ Jackson, Michael Jackson's nephew, also stepped in to support the family. 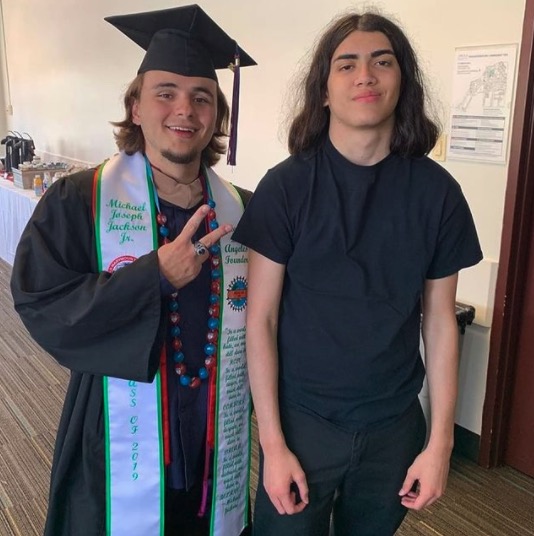 Bigi appeared to be devastated by his father's death, finding it difficult to accept that Michael was no longer alive.

Some reports say that he stopped talking for a while. Fortunately, Bigi seems to be doing well today, and he is currently residing in Calabasas, California.

According to reports, He lives in a home in an elite gated community with celebrities like Dr. Dre and John Travolta as neighbors.

The 18-year-old student at Buckley Institution, a prestigious school in Sherman Oaks, California, focuses on his academics. He also does karate and enjoys spending time with his cousins. 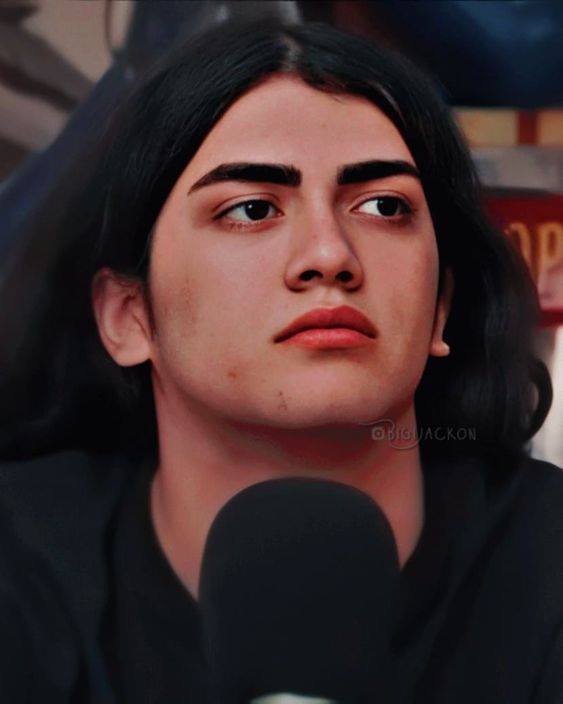 Bigi is now under the supervision of his older cousin, T.J. Jackson, as his grandmother Katherine approaches her 91st birthday. And he usually tries to stay away from the spotlight.

He does, however, occasionally appear at public gatherings. For example, he attended the graduation of his older brother Prince from Loyola Marymount University in May 2019.

Along with his brother, Prince Jackson, Bigi has started a YouTube Channel. The brothers' channel is named "Film Family," and they review movies together. 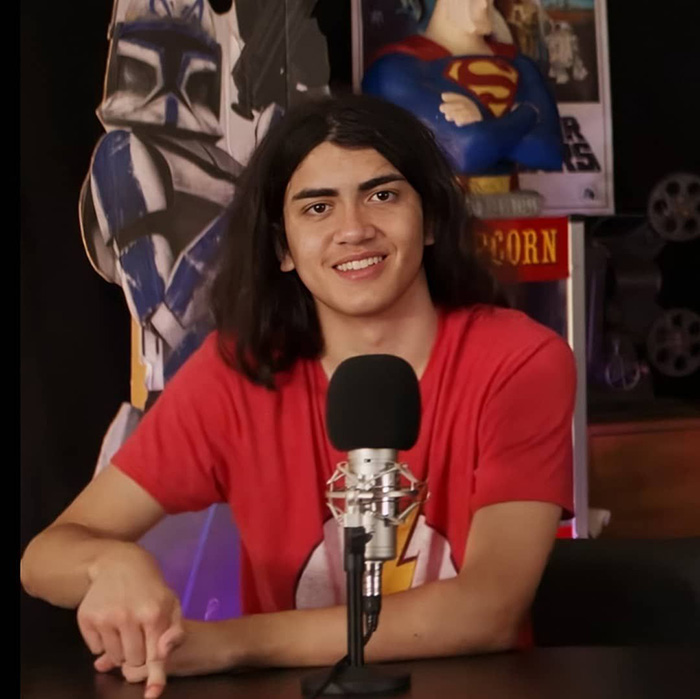 With only a few videos published, the channel currently has 35,000 subscribers. Perhaps we'll see Bigi more in the future!

I believe it's clear that Bigi acquired many of his father's features — they're very similar in many respects. When you see Bigi, you can't help but think of Michael because of his beautiful black hair.

Bigi also appears to have inherited his dad's passion for comic books and superheroes, as he is frequently spotted wearing t-shirts with characters from Marvel's Avengers on them.