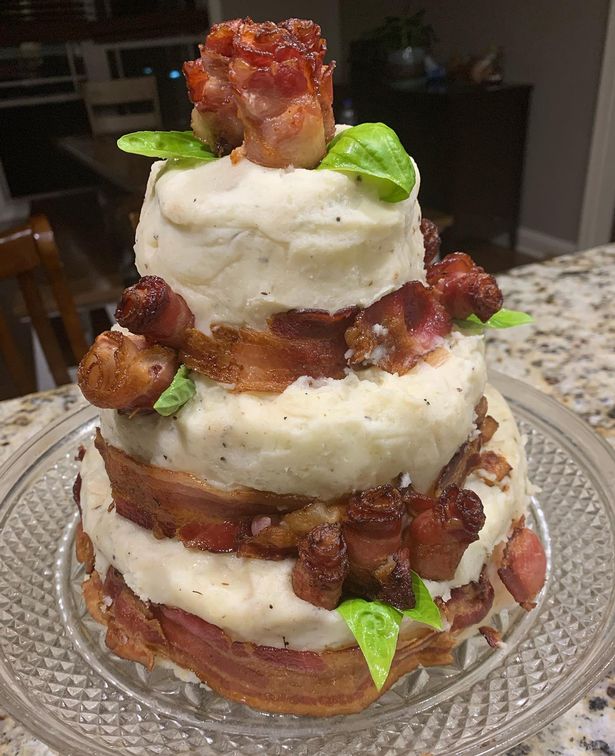 Jeff Janes wanted to surprise his son Zachary for his ninth birthday. The inspiration came to Jeff from his friend, Rebecca Diane, who makes an annual meatloaf for her dog. Yes, you read that right.

Here's the Janes original recipe, which might be too much even for the biggest meat lovers.

The unusual cake consists of five pounds of meat, layered four-inch-thick fillet mignon on top of a 20oz ribeye steak with a prime rib base weighing in around 4lbs.

The 39-year-old dad timed all of the meats differently to cook them to a 'perfect' medium-rare before adding a layer of mashed potato "icing." 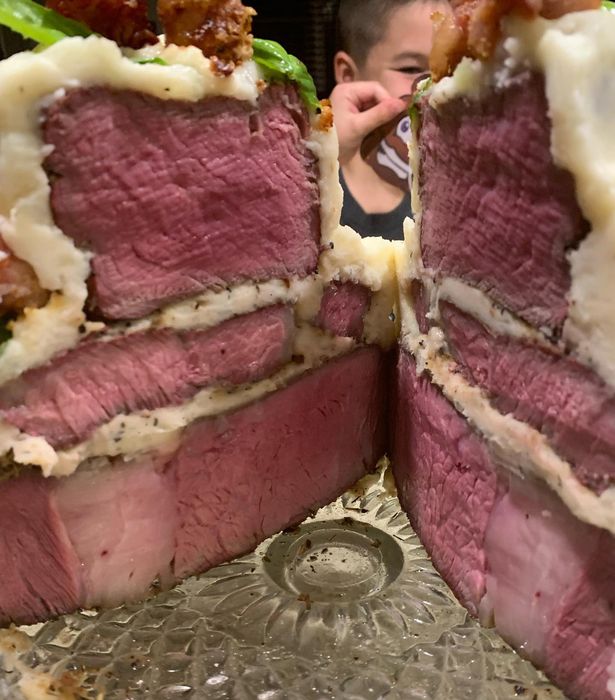 After three hours of careful smoking and cooking, the dad-of-two topped his masterpiece with bacon "roses." The cake's been a huge success on social media, so much so that Jeff even got marriage proposals.

Jeff who works as a restaurant manager in Clarksville, Tennessee, stated:

"It was nice to see over a dozen marriage proposals, but I've got to say, I really want a woman who loved me for more than just a piece of meat." 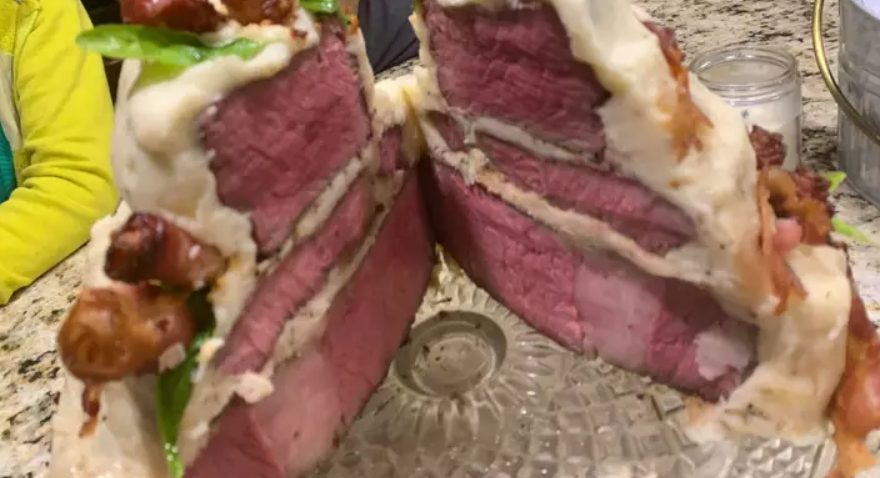 Well, that statement resonates with women on so many levels. He continued:

"Zander hadn't asked for a steak cake, but I had seen a video online and thought I could take on the challenge and even improve on the concept for his birthday."

Both the birthday boy and his sister loved their dads creation:

"Zander loved it, as did my daughter Zoey and our other guests. I'll definitely be doing it again and next year I'll splurge and go with Wagyu beef."

The single dad explained how he made the now famous meat cake:

"I had to start all three cuts at different times so they would come out exactly medium-rare at the same time, along with the mash potatoes being done too." 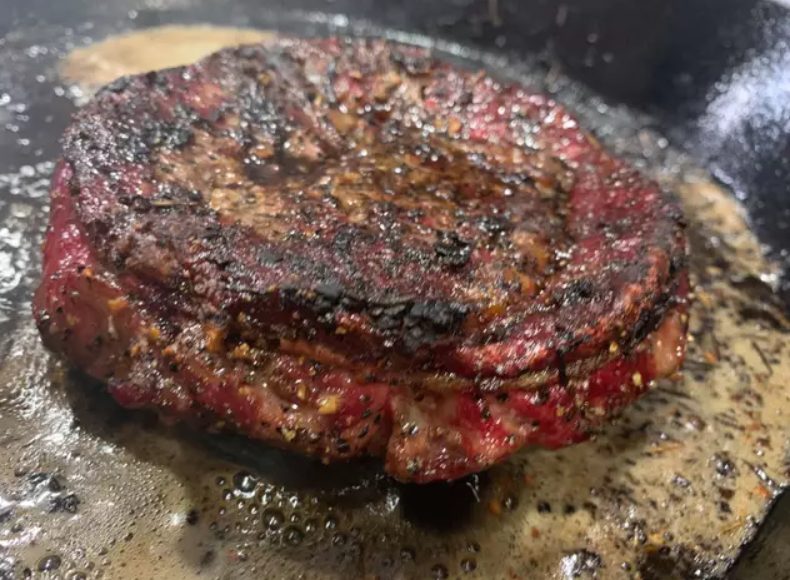 "My kids are my inspiration for cooking. They are always so encouraging and kind and throw out the best compliments. After a 10-year marriage where my part in the kitchen was the occasional breakfast spread or cooking meat on a gas grill, I felt a little lost."

Jeff's story is relatable for all single parents:

"I didn't even know where things were in the kitchen. I ate out a lot for a while but then decided to dabble in the kitchen and the first thing I made - a white chicken chili - came out fantastic, so I decided to lookup more recipes, and then one thing led to another."

"It costs less to smoke for my friends and family and have regular get-togethers than it does to eat out, so there wasn't really an increase in food expense, and my little family and a lot of my friends get fed very well." 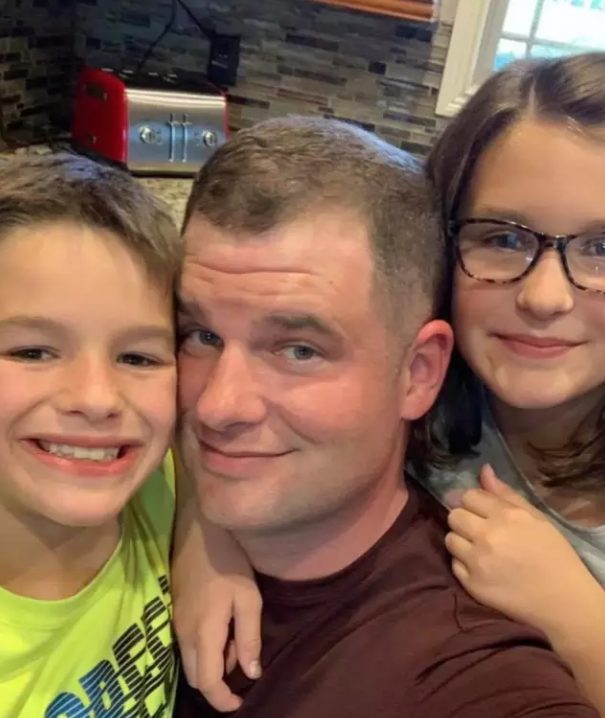 The most important thing is that this dad did his best. The fact the kids enjoyed it is a plus, and we're sure that Zachary will never forget his ninth birthday. All thanks to dad's originality and five pounds of meat.