The last episode of She-Hulk: Attorney at Law offered the viewers some action involving Daredevil. The nature of the action, however, shocked some fans.

It happened in the eighth episode of the popular Disney+ series. Viewers have been looking forward to this episode because of Daredevil, who has been missed by fans since his standalone series was taken off Netflix.

He showed up in a small role in Spiderman: No Way Home, where he helped Tom Holland's character with legal issues. Now, he is finally getting more screen time.

In the debated eighth episode, he shows up with Jennifer Walters, who plays the role of She-Hulk.

Daredevil, played by Matt Murdock, represents Jacobson in court and wins the case by proving that Leap-Frog failed to follow instructions and used the suit the wrong way. 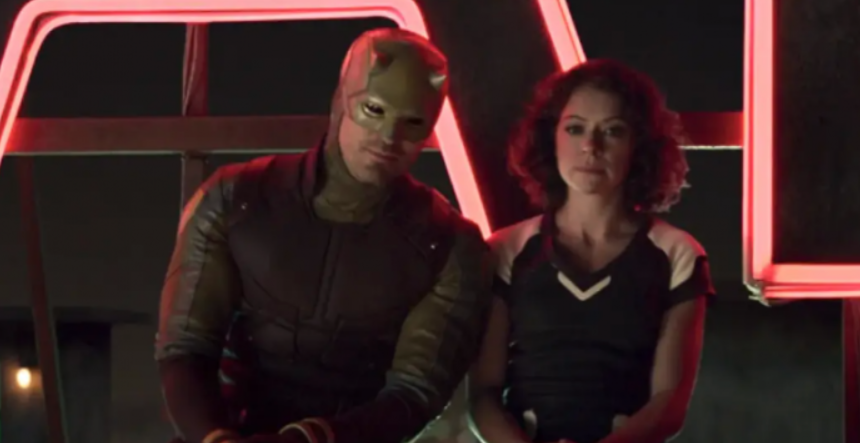 Leap-Frog later kidnaps Jacobson, and She-Hulk must help Daredevil to rescue him. After succeeding with the mission, things between the two superheroes become more hot and steamy.

The two begin flirting on a rooftop and then share a passionate kiss before ripping each other's clothes on the way to the bed.

Some viewers were excited about the spicy turn of events, while others took to Twitter to complain.

How did they destroy his character? pic.twitter.com/eaRQyMrK9z

I think he was treated well, but they are really ignoring his catholic roots because of the sex scene, just as how they treated poorly Moon Knight’s Jewish roots.

"It took MCU one scene to completely destroy a character's reputation that both he and the actor earned through the 3 seasons of a series," a fan stated.

The other side of the internet defended the scene and meant that the character is described as somewhat of a womanizer in the comics, even if he is catholic.

I think he was treated well, but they are really ignoring his catholic roots because of the sex scene, just as how they treated poorly Moon Knight’s Jewish roots.

"Unrealistic? He has banged Electra, Black Widow, and Spider-Woman in the comics. I'm not a fan of the show, but DareDevil does f**k. Just saying," one fan pointed out.

"'How am I supposed to relate to a straight white male who can confidently form a dynamic, positive connection with a strong woman leading to consensual sex?' said the edgelord offended by a twerking scene and character development," another commented.

"Comic fans are the worst kind of fans," a third thought.

Fans might feel that Daredevil should experience some catholic guilt, however, even a superhero is just a man, after all.