Manfred Fritz Bajorat was last seen alive in 2009 in Mallorca. In 2016, two anglers found him.

Bajorat was sitting on the navigation table, with the radio next to his fingers. He looked like he was sleeping, and his body was mummified. 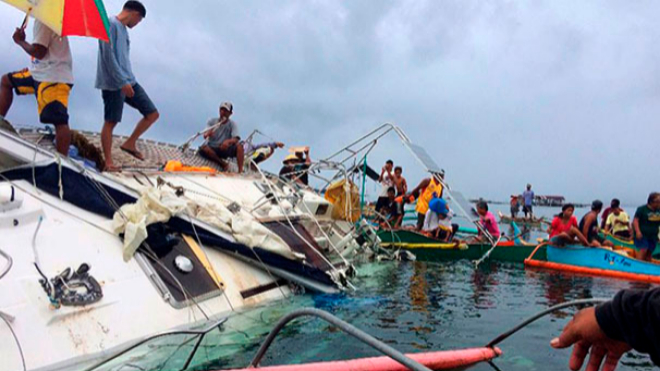 The morning of February 26, 2016, should have been a typical workday for Christopher Rivas and his crewmate. A day like any other for a couple of young Filipino fishers.

It was the first view of the calm sea after several days of a strong storm. They left in their small fishing boat from the port of Barobo, in Surigao del Sur.

A few hours later, they were fishing in their usual fishing ground, some 40 miles from the coast. A routine day for two small fishermen from an Asian port. Just a regular day. Or not.

Around four in the afternoon, Christopher's gaze wandered over the sea, calm as a mirror. It was then that the day became difficult to forget.

At first, he didn't know what he was looking at. Some distance away, floating motionless on the waters, a bundle of uncertain shapes drifted, carried by the currents and the wind. Christopher and his cousin finished hoisting the nets. Only then, slowly, did they approach this strange drifting object.

Surigao del Sur is relatively close to a main maritime artery. It is an area that is a regular route for countless cargo ships linking China, Korea, and Japan with Europe and the United States. It is a busy shipping lane, so it is not uncommon to find large trash adrift.

Many times, it is just that, garbage. But sometimes, the containers are full of merchandise that fell overboard from a freighter in the middle of a storm.

It's easy to imagine the tension that grew aboard the small fishing boat as they approached the large floating object. It was a container full of high-value products such as electronics or components. Looking at them, Christopher and his fishing buddy thought they had won the lottery. 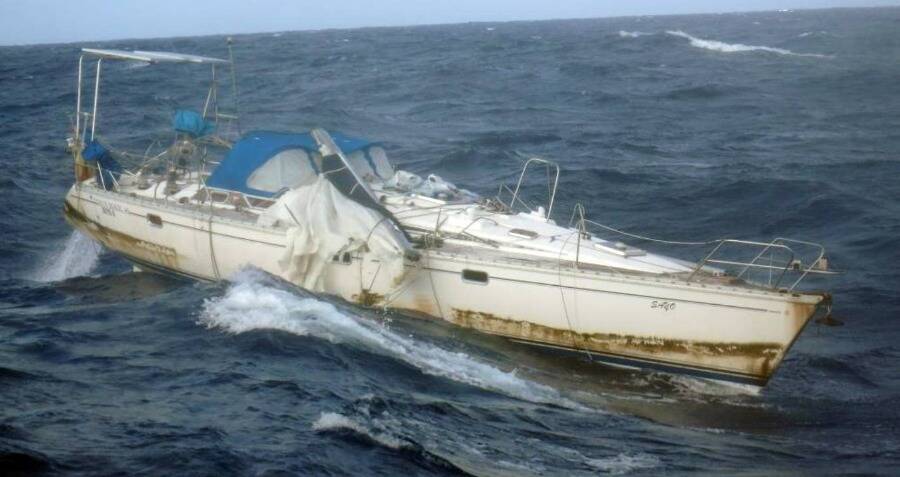 As they got closer, their expression changed. It was clear that this was not a container... but it was not drifting garbage either. Christopher may have wondered at that moment what kind of trouble he was about to get himself into.

A battered 40-foot Sun Magic sailboat floated semi-submerged just feet from his boat. The mast was gone, the keel was tilted almost 30 degrees. Littered with a tangle of ropes and with shattered remains of sails, the ship seemed to be swept away by the waves.

Algae and mollusks covered part of the hull. A thick dark stripe marked the waterline, making it clear that it had been in the water for a long time. But even so, the name of the boat, Sayo, was perfectly distinguishable, written in large black letters on cracked white paint.

At that moment, Christopher and his cousin exchanged nervous looks. That does not appear in the report that the Philippine authorities of Barobo wrote later. What does appear is that steeling themselves, they decided to board the sailboat to discover what was hidden inside.

Dollars, Cans Of Food And Photos 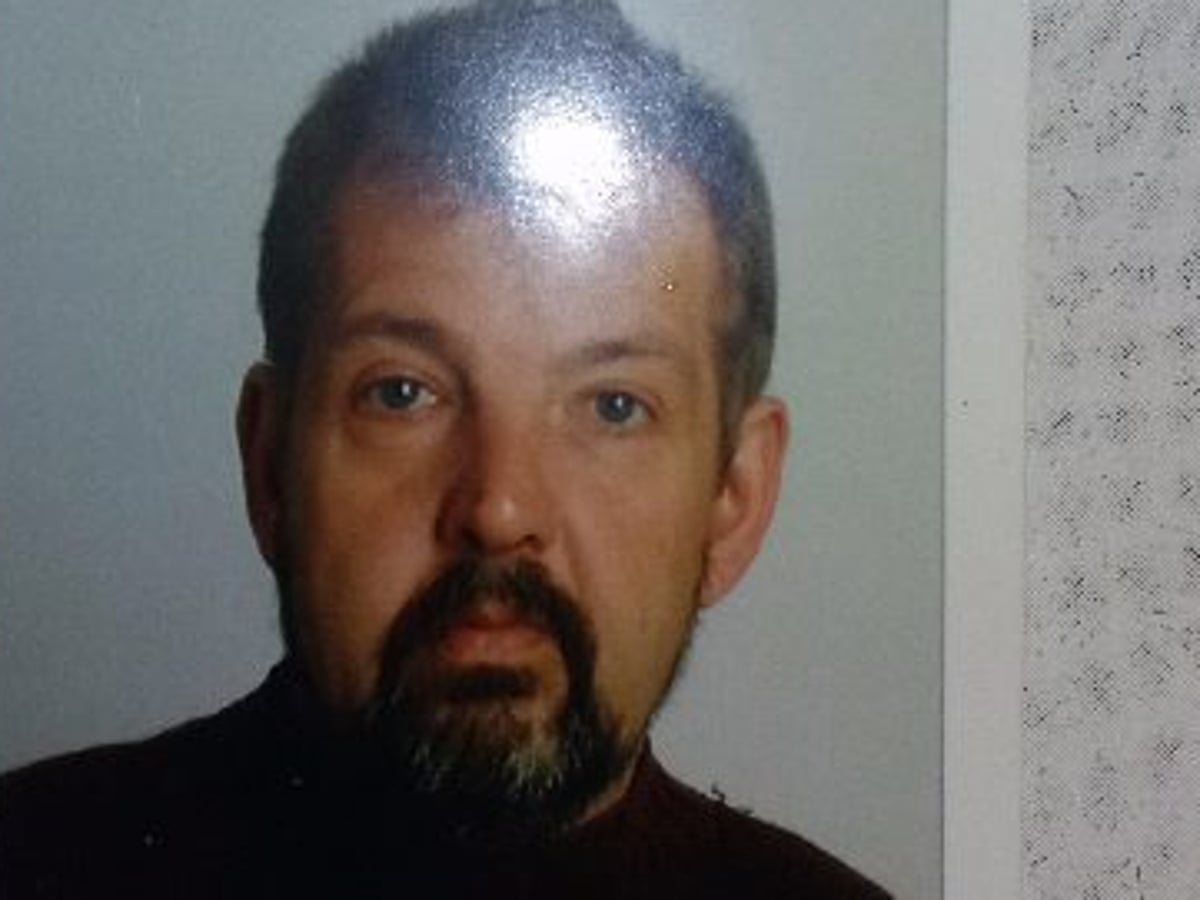 Sunlight streamed in through the wide-open windows and overhead hatches. Even so, it took Christopher a while to adjust his gaze to the dim interior of the cabin. A small pathway had let in quite a bit of water. The indefinite pool filled with food scraps, oil, and miscellaneous items was ankle-deep.

Then they saw that a man was sitting at the chart table in the background on the starboard side of the ship. He seemed to doze on his right arm, the radio inches from his fingers.

As recorded in Christopher's testimony, a wave moved the boat enough for a ray of light to fall on the man's head. That was when the Filipino fisherman understood that the day just got tricky.

After all, it's not every day you stumble across a ghost ship operated by a mummy.

The hours that followed were chaotic. The detailed report from the Barobo Police Station allows us to reconstruct almost step by step what happened.

The two fishermen radioed as they towed the battered yacht to shore. Along the way, the waterway widened. By the time the authorities approached the Sayo's interior, the water had already reached the desiccated corpse up to his knees.

The first thing they noticed was that all the valuables were still on board. This ruled out that this was the work of a pirate raid, something that would not have been unusual in predator-infested waters.

There was a wallet full of dollars and euros, large stocks of canned food, and expensive telecommunications equipment. Floating in the stagnant water inside the cabin, dozens of photos ripped from an album slowly faded out. A middle-aged man was seen with a beautiful and smiling woman in the pictures. There was also a young girl.

The photos were taken in some Central European cities. They soon gave way to images of the smiling couple aboard that ship in the most unexpected ports in the world.

A laminated wallet with documents gave an identity to the mysterious crew member. His name was Manfred Fritz Bajorat.

He was a 59-year-old German who had not been seen since he arrived in the port of Mallorca in 2009. A year later, the Sayo crossed paths with another ship on the high seas. From that moment, except for a message on its Facebook page, it was as if the waves had swallowed it... Until it appeared mummified on the shores of the Philippines.

What Happened To Manfred Fritz Bajorat? 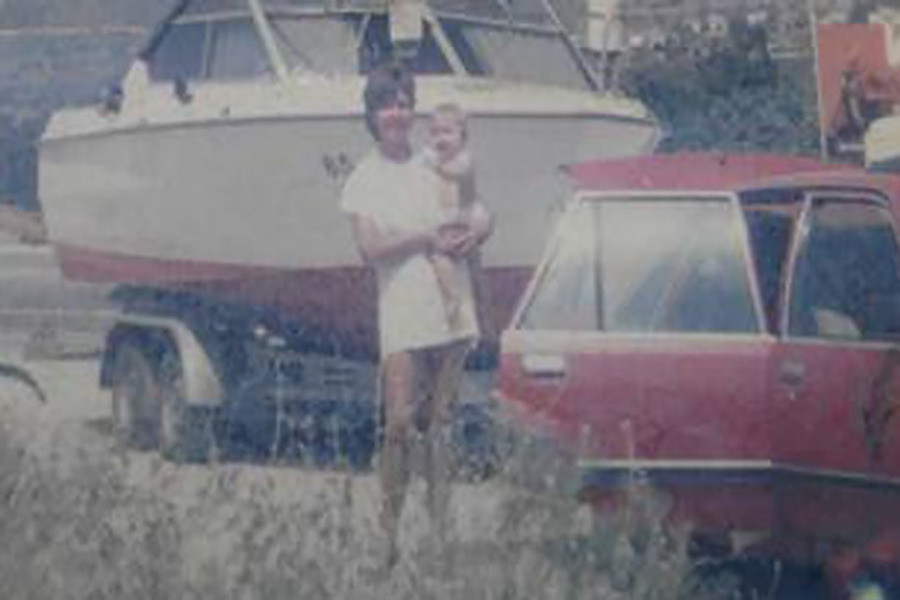 Soon the loose ends began to connect. A forensic examined the sailor's body. His first conclusion was that a sudden heart attack had killed him and that he had been dead for more than a year, probably two.

A strange and curious combination of high temperatures, the heat inside that small cabin was suffocating, together with a strong sea wind laden with salt had dried the corpse of Manfred Fritz Bajorat. Thus, leaving a mummy in perfect condition.

Something kept the Philippine Police alert: there were hardly any personal belongings beyond the photo album. What is more disturbing, a month ago, on January 31, the LMAX Exchange, one of the boats participating in the Clipper Race around the world sailing, reported a yacht adrift.

It had its mast missing with the same characteristics as the Sayo. It was reported near Guam, more than 1,000 miles from the place where Christopher Rivas made his macabre discovery. The organization of the race ignored this warning for unknown reasons.

The Sayo continued on its way for another month. 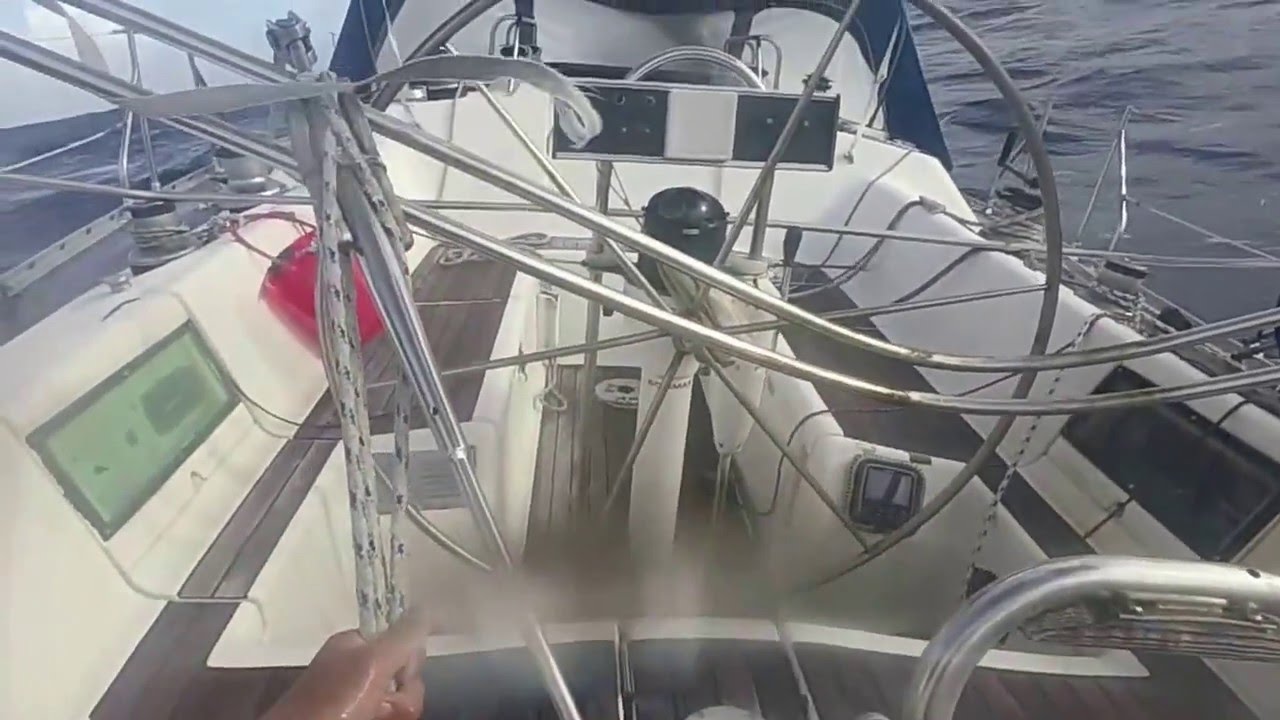 It's hard to understand how a 40-foot sailboat can drift for several years without anyone noticing. Perhaps the enormity of the Pacific and Manfred Fritz Bajorat's solitary character help to understand it.

In the late 90s, the former insurance salesman from a city in the lower German Ruhr decided to flee. Manfred Fritz Bajorat sold everything he had and set out to travel the seas of the world with his wife, Claudia.

In 2014, he completely disappeared. One of the documents recovered in the cabin of the Sayo was a message of about 20,000 words that Manfred Fritz Bajorat dedicated to his wife. He was working on it when death surprised him on the high seas.

"Thirty years we were on the same path. Then the power of the demons was stronger than the will to live. You left. May your soul find peace. Your Manfred."

Manfred Fritz Bajorat was sailing aimlessly in search of a consolation that the ocean could not give him. It is easy to imagine the moment of panic when Manfred Fritz Bajorat felt the telltale sting in his chest that told him he had a heart attack. He was all alone and hundreds of miles from the nearest inhabited place.

It is impossible not to shudder when thinking about Manfred Fritz Bajorat walking the few meters that separated him from the navigation table where the radio was—trying to send a distress message with increasingly clumsy fingers and an increasingly lost look.

Manfred Fritz Bajorat's body was found looking peaceful, close to the transmitter. His hand was submerged in a deep and eternal sleep from which no one could wake him up. 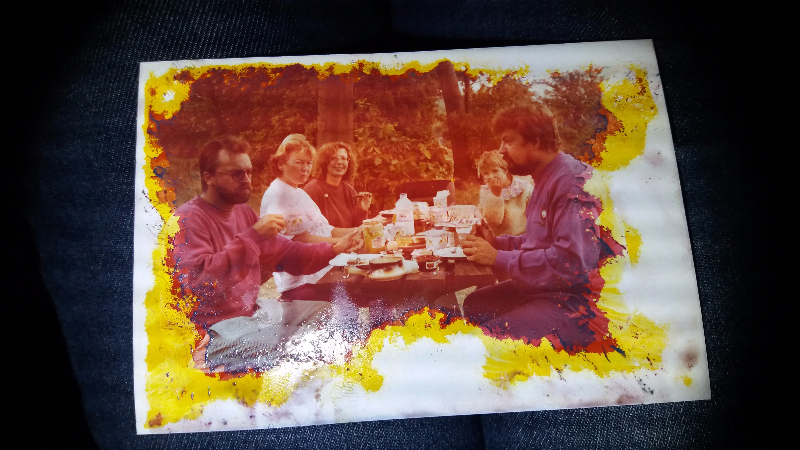 For almost two years, like a modern version of The Flying Dutchman, the Sayo and its ghost captain Manfred Fritz Bajorat traveled the Pacific together. During that time, only the stars and solitary whales witnessed how the sailboat was, little by little, falling victim to time.

In contrast, its captain remained incorrupt, making an eternal call for help. Indeed, before losing its mast in a storm, the Sayo crossed paths with many fishing and merchant ships. They saw it pass, unaware that no human hand was handling its rudder anymore.

There are still many unanswered questions about Sayo's strange journey of years, but perhaps the most pressing are these two. Was Manfred Fritz Bajorat alone at the time of his death? And if so, where is his laptop, the only item the Barobo Police have been unable to find?

The only one who may have the answers to all those questions has been sitting in the same chair for two years, waiting for someone to ask the questions.

During all this time, a plate screwed into one of the bulkheads of the sailboat has been witnessing the slow flow of the voyage. On that bronze plaque is engraved a message that, seen now in perspective, is shocking:

"This ship is a delight for the captain, but hell for its sailors."

There is no doubt that Manfred Fritz Bajorat, as captain and sole crew member of the Sayo, deeply knew both extremes of that sentence... And only he has the answers to all the questions remaining.