49-year-old Felix Gretarsson from Lyon, France, is the first man to have undergone a double arm and shoulder surgery. Sixteen months after that successful surgery, he can hug his grandchildren and even lift weights at the gym.

In 1998, he was forced to amputate his arms after an electrocution accident at work in Kopavogur, Iceland. After over twenty years of living without arms, Gretarsson managed to find and convince a surgeon, Jean-Michel Dubernard, to conduct an exhausting 15-hour double arm and shoulder transplant in January 2021. 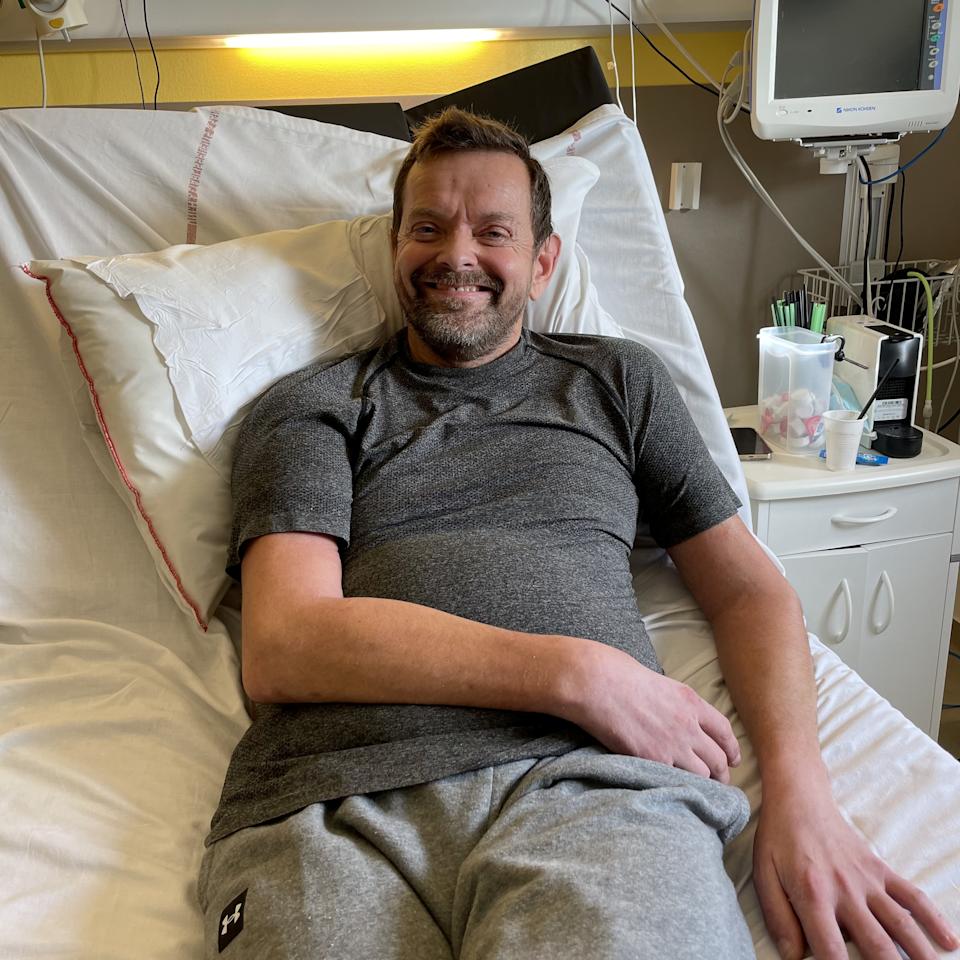 Contrary to recovery expectations, this 50-year-old father and grandfather have made remarkable progress in lesser time than expected. He can now hug his kids, brush his teeth, and even throw balls for his dog.

The last time he hugged his daughter Dilja was when she was three months old. For the first time since then, he was able to hug her again and even cuddle his grandkids. 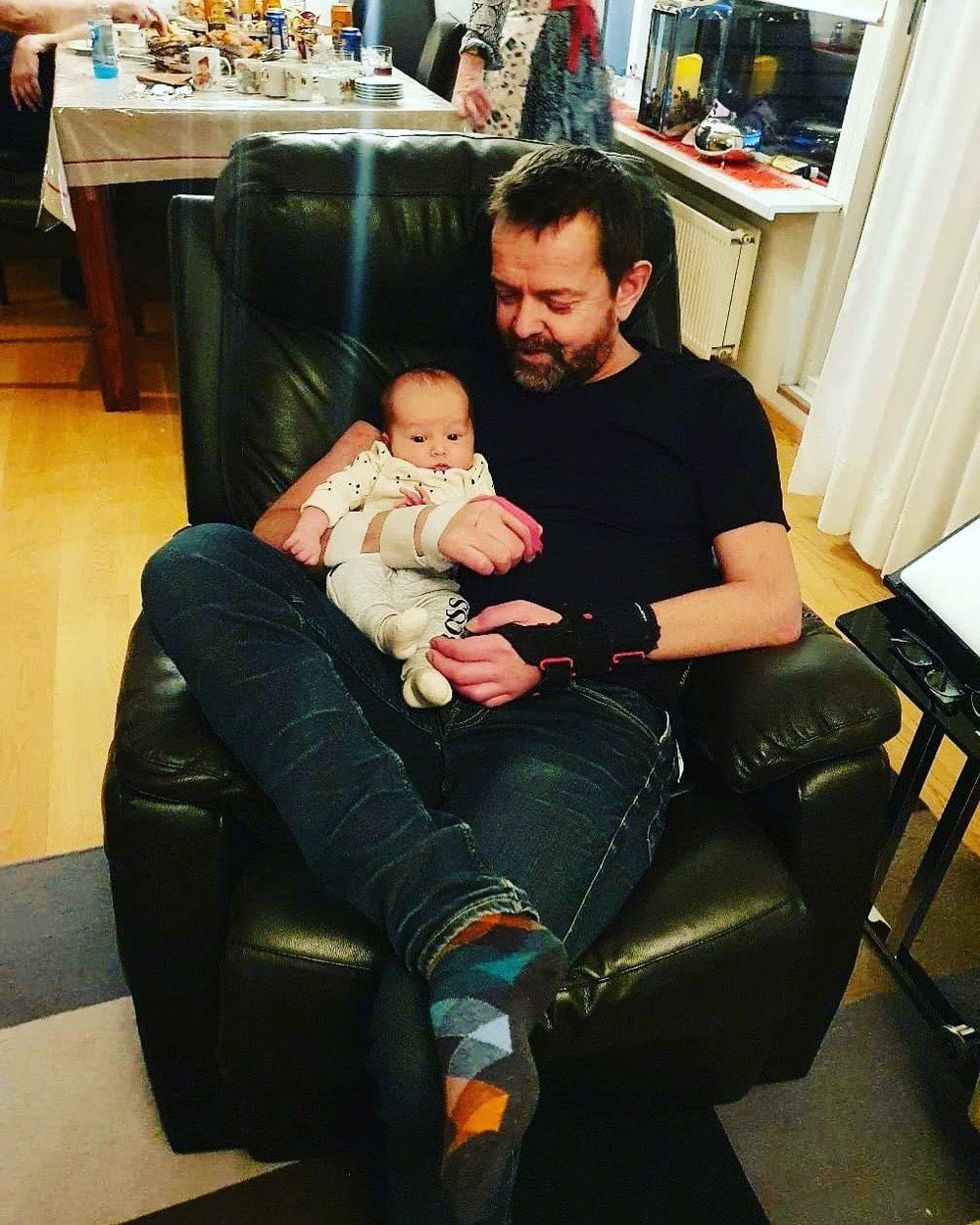 He explains the incredible feeling by saying:

"After watching them as little babies crying and being unable to hold them, it was indescribable. Certain little things like holding my wife and my kids, but also the perception of my hands. Just this morning... I was putting my hand out the window and feeling the wind on my hand, it was a very weird moment."

"Being able to scratch without rubbing yourself on some furniture - you don't realize when you lose your hands, how often a day you need to touch your nose or your eyes or scratch your head, and now I'm just constantly doing it."

"It's my 50th birthday next week, so I've been going berserk trying to clean the residence for the party in the garden!"

He also spoke about how starting to feel his arms felt at first:

"At some point, you just feel you are ready to do it, the movement starts to come, but there is no strength at the beginning, just a little fraction of nerves in the muscle so I can contract the muscles to a degree."

He says about this new experience:

"I am just taking my foot off when I'm driving very slowly when there is no danger, and I am managing to hold onto the steering wheel and swing the car back and forth over a little distance. The first time I let go of the floor steering wheel on the floor, that was awesome."

Gretarsson also decided to start going to the gym to build muscles in his arms. While he cannot lift heavy weights, he engages in lighter exercises that allow him to build some muscles as his nerves grow.

"I'm not putting any serious weight on, I'm trying to put on muscles but at the same time growing nerves," he says.

When The Miraculous Changes Began 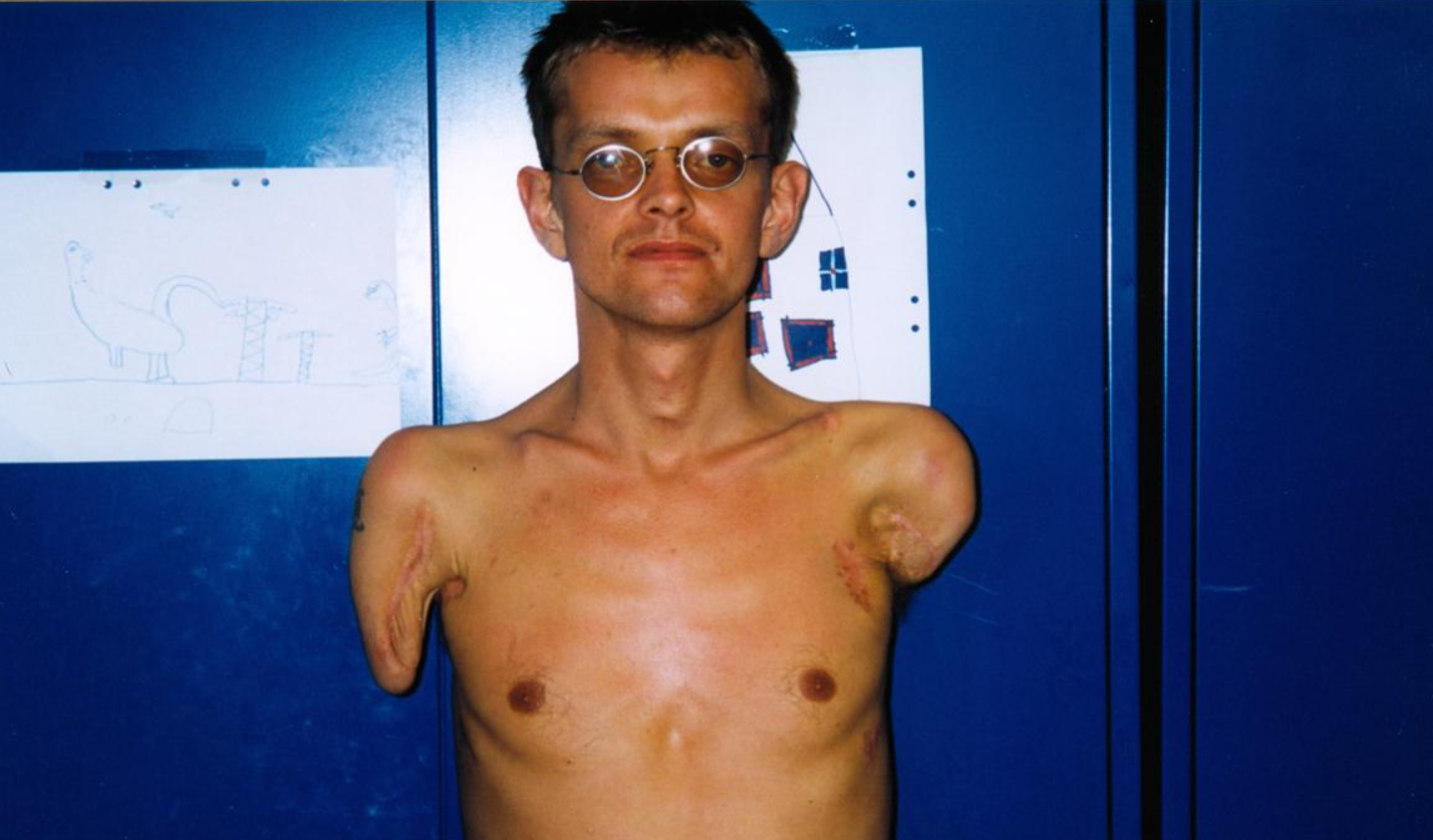 A few months ago, Gretarsson said that he started noticing the temperature in his arms. He described how it felt at first:

"At some point, I was a little bit confused if hot or cold, but now if I put my hands under the sink, I can feel the temperature instantly."

"We have this marble on our kitchen counter, and I just put my arms up on the table, and I felt the cold with my hand, it was amazing. The arms down to the wrists feel well attached, and I can feel them, and I can feel every part of the hand, but it is still not perfect. The hands have a much more complicated nervous system than the arms, you touch something with your elbow or tip of a finger, and it's a completely different sensation." 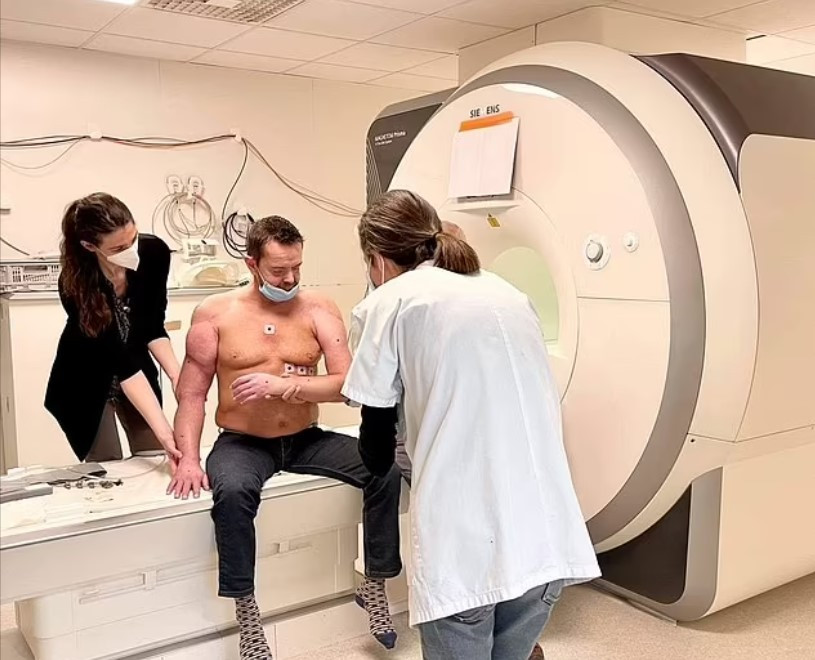 Rehabilitation has not been easy, but the rewards have been worth the pain and stress. Gretarsson said:

"I'm using the movement to command the nerves to go there, that's the basics of my rehabilitation. It's super challenging and frustrating as hell constantly trying to do something, and the muscles don't move, but the reward is incredible when all of a sudden these movements start to manifest."

He experienced one of such rewarding moments last month when he could hold a mobile phone for the first time in his life. He used to either use his nose or lick the screen to tap it before surgery.

He says: "I am still progressing. I have hope that I will get much more out of this."

The Accident That Made Him Lose His Arms 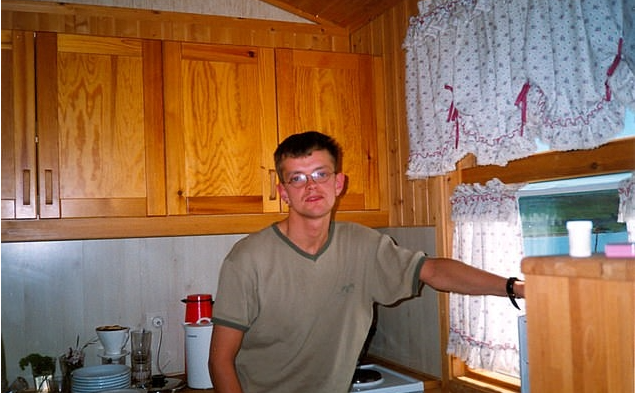 On January 12, 1998, Gretarsson tried to fix a powerline when his limbs were set ablaze after being electrocuted. That powerline carried enough electricity to power 500 homes. He was just 26 at the time.

He did not know how far along the powerline he needed to get to the damaged part and mistakenly grabbed the wrong wire.

He fell 32 feet to the ground after he got electrocuted. He thus broke his back in three different places and fractured his neck.

"I didn't remember until years after, but I fell down, and I remember the only thing I felt was a pain in the belly and confusion. With trauma like this, the body shuts off. I had no feeling of burning arms and broken back. It was just complete shock." 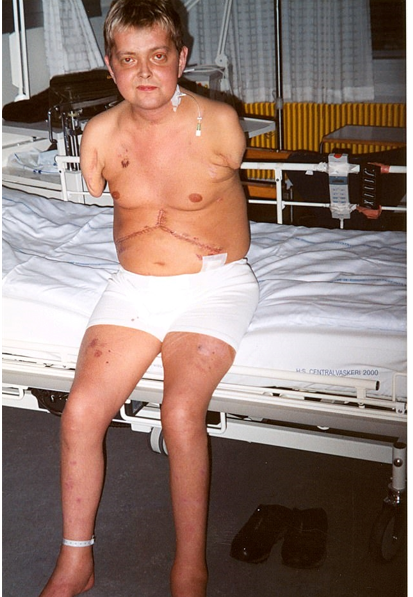 Three months later, he woke up from an induced coma to find out that it took 54 operations, including the amputation of his arms, to save his life. Despite his injuries and loss of his arms, he was relieved to discover that he had not been entirely paralyzed.

He was moved to a rehabilitation center after seven months. His pain medications were reduced, and he started to rely on other substances. He had smoked some "weed" before, but at that point, it "kind of just took over." He ended up spending the money he had won from his former company's insurer on his addiction after unsuccessfully trying to break the habit at a specialist drug rehab.

That accident cost him his long-time girlfriend and his job. He also could not see his daughters, Rebekka and Dilja, now 27 and 23, respectively.

The Long Road To Surgery 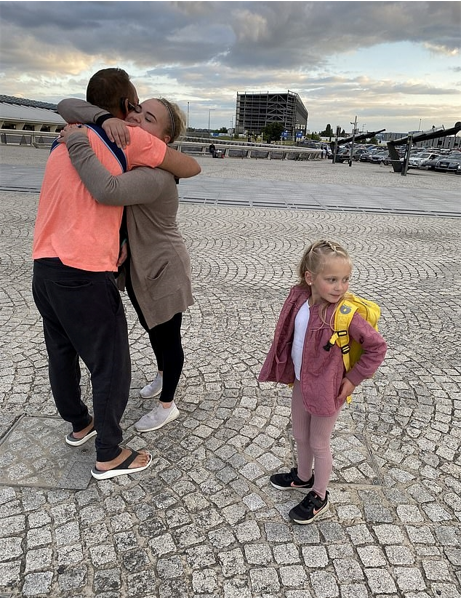 In 2007, Gretarsson came across an advert for a lecture at the University of Iceland. In attendance would be the man most famous for performing the first successful hand transplant in 1998, surgeon Jean-Michel Dubernard.

That was the beginning of a long journey. He successfully tracked Dubernard down and pitched his case. The surgeon acknowledged the possibility of a double arm transplant. But there was one problem. Gretarsson would have to move to France for monitoring and preparations by Dubernard's team.

It took four years for his application to be approved, and to raise funds, a sum of 200,000 euros, he started a nationwide fundraising campaign in Iceland for the surgery.

Finally, the Icelandic native left Iceland for Lyon, France, in 2013. In 2017, the search for a potential donor officially began.

On January 11, 2021, he received the good news. A suitable donor had been found!

But he wasn't too excited. He explained: "I'd had phone calls before that we had a potential donor, but when it came to getting the family to accept, they'd always refuse. The disappointment of getting that they were going to bury these arms in the ground to rot instead of giving them to you; I was crushed." 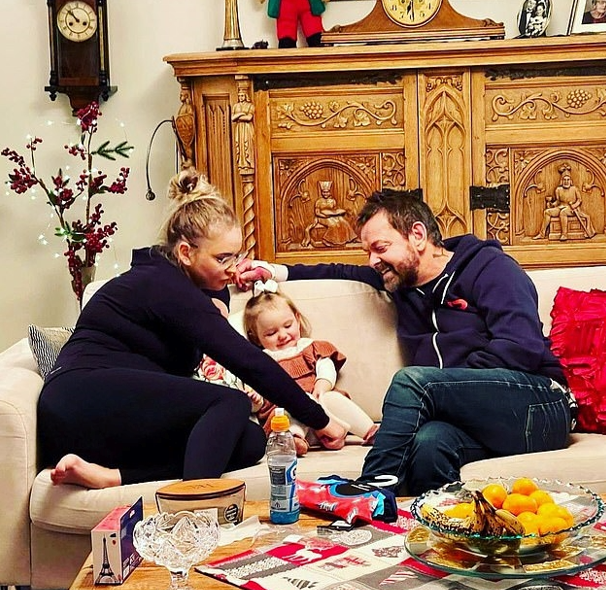 But this wasn't like the others. On the 23rd anniversary of the accident, January 12, 2021, he had his double arm and shoulder transplant at the Hospital Edouard Herriot. The surgery took 15 hours.

After his surgery, Gretarsson was told by his doctors that since nerves grow a millimeter a day on average, it might take about one year for them to reach his elbow and two to reach his hands.

In sixteen months, Felix Getarsson is doing better than estimated.

"I have achieved something that wasn't supposed to be possible if I wouldn't have pushed it and pushed it. It took a long time, but just because I was certain it would happen, I didn't know who was going to do it or how, I didn't know where the money would come from."

"But when the goal is clear, you always find a way. Sometimes the bad things that happen to us are the reason the good things can happen to us further down the line. If I hadn't lost my arms, I wouldn't be living in France with my wife today."

"So many good things you can take from this - this is what has kept me going. There's always a silver lining to everything."

The Journey To Recovery 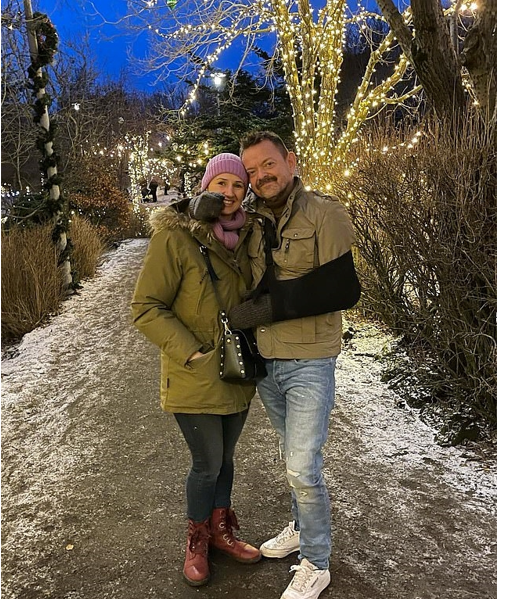 After hundreds of hours of rehabilitation, Getarsson could start moving his elbows underwater six months on. After nine months, he announced on social media that he could move his fingers.

In early October, he started feeling some sensation in his palm and felt like he could move his fingers.

His surgeons were later shocked to see his middle finger and ring finger move with his index finger.

Getarsson described how his surgeons felt:

"They were giggling like small boys, taking videos because they couldn't believe I was moving the fingers. Now I can move all three of them, and I can move the wrist towards me."

"When we did this operation, it was if I can move my elbow, the operation is a success, now I'm moving the elbow, shoulders, and fingers, and we are just nine months into the process. It's much, much quicker and better than we thought."

The feelings in his arms keep getting stronger each day, and he is enjoying his independence to the full. 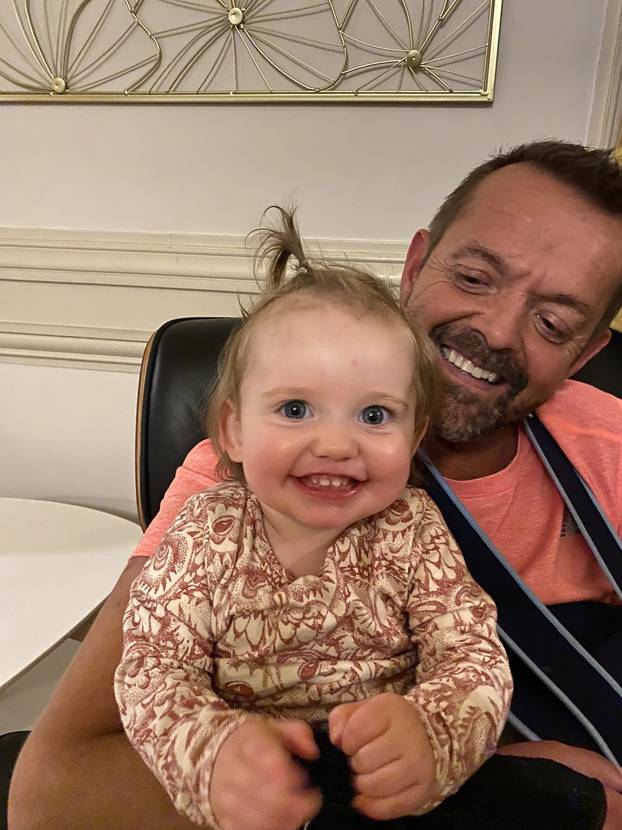 He said: "I can go to a café and I don't have to ask somebody to go into my pocket to get the change. To take a shower and just not be dependent on people in these daily tasks."

"I love DIY, I was an electrician because I loved working with my hands, and I still collect tools. So being able to use them and do some DIY, that's my passion."

Gretarsson has compiled a video of all his accomplishments so far. He posted it on his Instagram page on May 16, and it has since gotten over 33,000 views. He will be presenting it at a medical conference to demonstrate his progress.

He expressed his hope for the future, saying: "I'm hoping at some point in the future, there are a lot of people that could use an operation like that and for them to have a place where it's all there what to expect."

"That was missing when I was on the journey, they had done some hand transplants and at least two or three where they went above the elbow, and of course, nobody has gone and taken the shoulder!"

"When we did the operation, the goal was to flex my right elbow, they weren't hopeful I could flex the left side - but now I'm moving elbows, shoulders, wrists, and fingers. So I'm kind of living in a fairy-tale, there's always something new."

Gretarsson's experience is inspiring for many in similar situations and is a lesson in never giving up on possibilities.