A Colombian man named Mike Jambs, who is a super fan of soccer player Lionel Messi, has stated that he regrets getting a tattoo of Messi's name in large letters across his forehead.

Jambs decided to make a permanent show of his admiration for the player following Argentina's World Cup win.

Initially, Jambs, who is an influencer, defended his decision to get the tattoo after receiving negative comments online. In a video he posted on Instagram, he said:

"I'm not harming anyone, I'm not doing anything illegal."

However, it seems that Jambs has had a significant change of heart since his original post and now admits that getting the tattoo may not have been the best decision. In a follow-up video on Instagram, he said:

"I regret having done the tattoo because instead of bringing me positive things, it's led to lots of negative things, both personally and for my family."

"I didn't think I'd be saying this so soon and I felt very proud of what I'd done in the first few days, but I now wish I hadn't done it."

According to Reuters, after Argentina won against France in the final, many people in Buenos Aires were requesting tattoos in tribute to Messi.

"I knew lots of people wanted tattoos of Messi and the team because they had already booked me before the final," Arguello Paz, a local tattoo artist, said.

"I never imagined there would be a queue at the shop the next day."

One woman was certain of the exact moment she wanted to commemorate with a tattoo of Messi on her body, which she saw during the Argentina versus Netherlands match.

"When Messi said 'What are you looking at, dummy?', I knew that if we won I would get it tattooed," she shared. 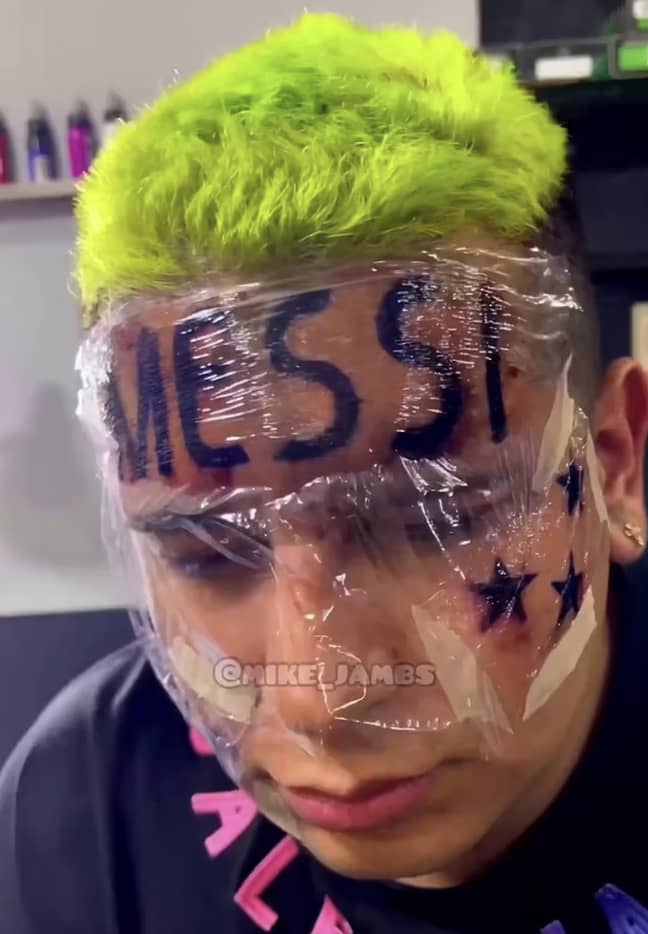 Another fan of Argentina's Number 10 made a less permanent tribute by getting a portrait of Messi shaved into his head.

A photo of the unique hairstyle was shared on Instagram by hairstylist Anton Barber from the Dominican Republic, who did a good job of creating the portrait. In his post, Barber wrote:

"I am fortunate to belong to the Messi era, football history is rewritten. I watched several world cups hoping you will be given a chance to win that beautiful world trophy. Soccer unites, Latin America won today. You are great on and off the pitch."