If you know the cheating TikTok prank, you would know that it elicits outrageous reactions from those on the receiving end. You see women going absolutely berserk on receiving the prank text, with some really getting out of hand.

The cheating joke is one risky venture. It has a pretty simple concept. Someone sends a message supposedly meant for someone else to their partner and films their reaction on receiving the text.

Where the norm is angry reactions, there was one unique response that has been going viral. A couple by the name samandmonica tried the prank, with Sam on the receiving end. His reaction was so sweet and unexpected that many have been branding him wholesome and pure.

Sam received the message, "He's leaving now; you can come over."

This was expected to trigger a huge argument but, Sam returns to the house, enters the room smiling, and tells his fiancée that he saw her "cheeky message."

He reads the message out loud in front of her and concludes that she must be planning a surprise birthday celebration. His first reaction was not distrust or anger but a plausible excuse. Wow! 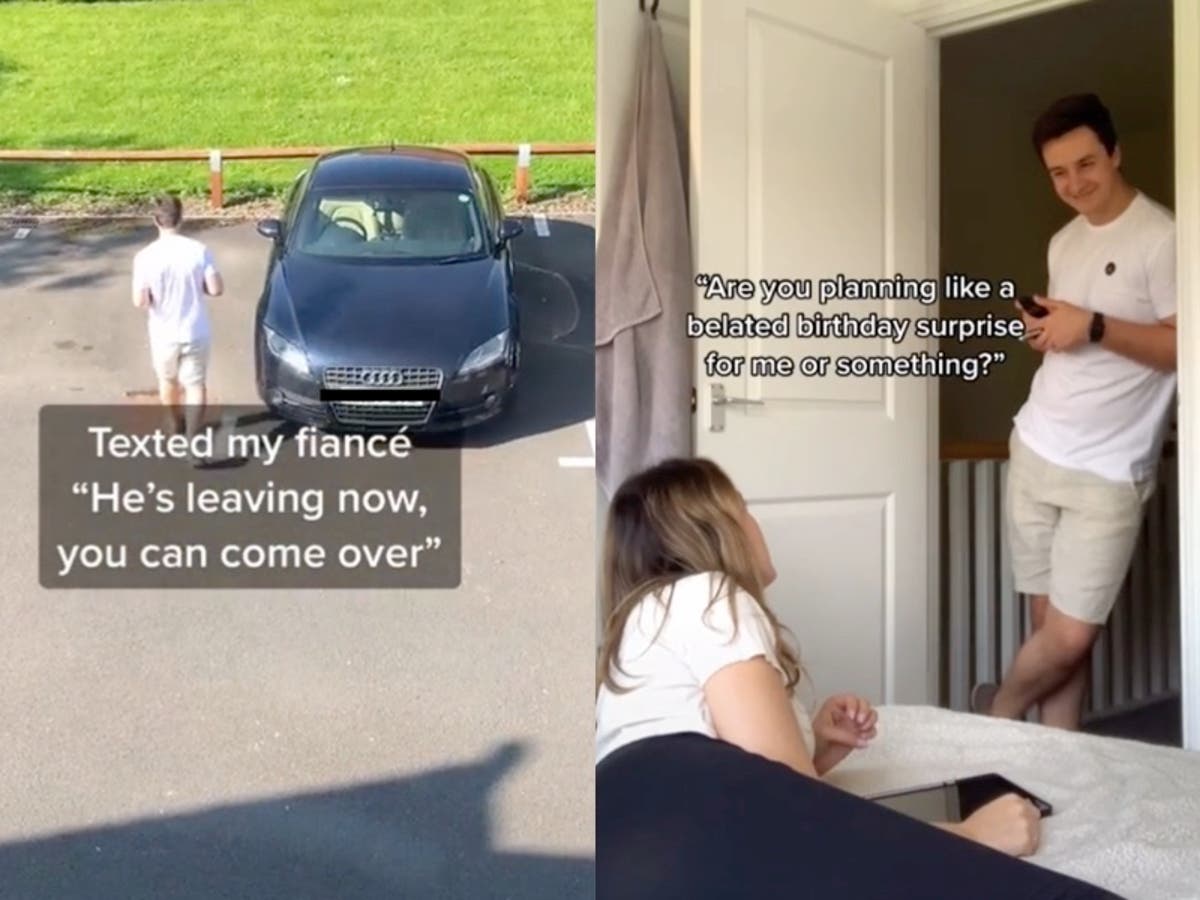 Monica laughs and reminds him that his birthday was over a month ago. He continues to claim that he knows it's a plan for a surprise and that things like this only happen when someone is planning a surprise. He smiles throughout, kisses her, tells her he loves her, then goes back downstairs.

It was such a heartwarming video, and he looked so sincere. Some, though, propose the narrative that he might have been aware of what was going on.

One Redditor commented, saying that Sam was probably thinking three steps ahead:

"If it wasn't a joke, he just called her out, showed her how great of a person he is, and made her feel guilty, AND got a 2nd bday party out of it."

"If it was a joke, he knows it's gonna be a camera recording, so he just showed the whole world how secure he is, ruined her prank but in a wholesome way so she can't get mad, AND got a 2nd bday party out of it."

"This man KNOWS how to get what he wants (which is a 2nd bday party)."

I share his sentiments like many TikTokers did as well. Many commenters asked if Monica ended up throwing him a second birthday party.

Like always, some questioned the legitimacy of the video, while others criticized the whole cheating prank. One person commented that "this 'joke" was never funny. I understand where this person is coming from; probably from the angle that it elicits extreme behaviors from those on the receiving end, which could be potentially harmful.

Although it has met with varying reactions, many were surprised by the plot twist and this post has garnered over three million views.