A man in Michigan was less than impressed when his parents decided to destroy his pornographic collection.

He did what he thought was the only way to deal with their actions - he took them to court.

While it might sound like a childish and ludicrous thing to do, the man actually won the case, and his parents have to cough up thousands.

The 42-year-old's parents, Beth and Paul, were taken to court unceremoniously, and Judge Paul Maloney ruled in his favor.

The pair has to pay David for destroying his property after he moved out of their home in Grand Haven, Ottawa, earlier in the year.

This ruling might lead many to think that justice was not served, at least not in this case.

Reports indicate that Paul and Beth destroyed 1605 DVDs, tapes, toys, and other materials and paraphernalia. 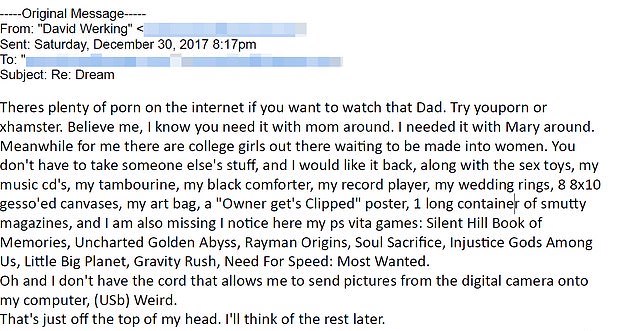 David estimated that his collection is worth about $25,000, but his lawyer pushed to have the parents pay more.

According to him, a higher price should be paid for the destruction of his client's property - $75,000.

"This was a collection of often irreplaceable items and property."

David stayed with his parents for a period of 10 months after he got divorced. Paul and Beth asked him to leave, and when he left his mature collection behind, they got rid of it.

Paul admitted that he threw out his son's collection in an email. He feels he did his son a favor by doing so. 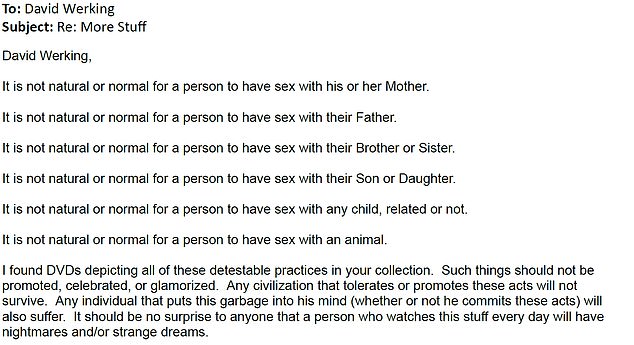 Some of the items were kept in a safety deposit box because the parents felt it might be illegal. The Daily Mail reported that some of it involved acts with underage girls and between family members.

Paul wrote an email to his son, explaining why he got rid of the collection.

"Back in high school, you joined a gang that made its money by distributing pornography to underage boys. I am sure that you remember the day when Mom and I discovered this and put a stop to it."

"At that time, I destroyed all of your pornography and reported your activities to Pickerington High School officials and other parents. I also warned you that if I found pornography in my house again, I would destroy it."

While it cannot be denied that Paul and Beth destroyed their son's property, David wasn't an innocent victim.

This didn't shock the elderly pair, and they expressed as much in the email to David.

On top of this, Paul also claims that David was abusive towards his now ex-wife, Mary.

The pair and David have until February of 2020 to make their cases and outline the relevant damages.

They will also be allowed to gather all the necessary documents for further legal action.