When enjoying a meal at a restaurant, most people only focus on having a good meal, enjoying the lovely drinks, and having a good time with loved ones. Many people would hate to worry about getting a cold meal, an incorrect order, or a meal without an important ingredient.

Therefore, things can go wrong at a restaurant, which happened when Antonio Chacon went to celebrate a birthday treat at Texas Roadhouse in Pueblo, Colorado. Chacon was celebrating his 22nd birthday, and he wanted to enjoy his favorite meal - ribs, and steak with mashed potato and fries.

He had an issue with the size of the sirloin steak, which looked "really small." Chacon's fear came true when he decided to weigh the steak.

Instead of weighing 6oz, it only weighed 3.68oz.

He brought up the issue with the manager and the waiter, but they did not support his claims that the steak did not look right. His mum, dad, girlfriend, brothers, and two stepdaughters were laughing as the incident unfolded.

Man shames restaurant by weighing steak at the table to prove it is underweighthttps://t.co/kUEvCV1LWC pic.twitter.com/APsSfsRCB8

As the waiter watched, Chacon was determined to get to the bottom of the issue and decided to weigh the steak. His dad asked him to "go get the scale we just got."

When he asked the manager if he could weigh the steak, she said, "yes, no problem. Go ahead."

With the manager's permission, he ran to the car and took scales from the toolbox in his trunk. He then placed the steak on the scale.

The waiter said, "oh, it'll weigh 4oz or 5oz," but Chacon said, "no, this looks small. It looks like a children's meal. I'd ordered an adult meal."

Chacon said this was the first time such a thing had happened to him, although he admitted that he had never thought about weighing a steak before.

He did not know that steak shrunk, but he still didn't feel it would have shrunk as much as it had.

After he weighed the steak, the restaurant decided to remake his meal, and the master chef brought it out to him.

The Man Also Got A Discount 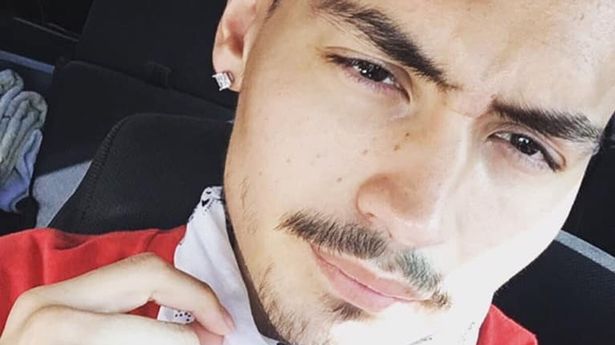 To make his day even more special, the restaurant also gave him a discount. The waiter was shocked that he was right and said, "damn, you're right."

Chacon responded by saying, "yeah, I know. I've ordered this many times to go, and I know what 6oz is."

The remade steak looked much "bigger and a lot better."

Once he shared the incident on social media, many people were divided after he revealed the restaurant's name. Many people insisted that the weight listed on the menu refers to the uncooked meat and not the weight of the steak after it has been cooked.

These comments have not bothered Chacon, and he has gone as far as suggesting that people going to restaurants should carry scales with them to weigh their meals if they look suspiciously small.

Chacon responded to the reaction on social media by saying:

"People were talking sh*t. Then others were getting inspired too. It was funny."

He pointed out that some people said he had brought out a "drug scale." Chacon said that the scale is not used to weigh drugs.

The claims were made because there was white stuff on it. Chacon said this was because his little brother was "playing with the salt shaker and everything."

Other people called him a "Karen" on his social media post, while others congratulated him for checking the weight of his steak.

At the end of the day, Chacon got his money's worth and enjoyed his birthday.