Rage is a dangerous thing.

And when Plutarch said that no beast is more savage than man when possessed with power answerable to his rage, we felt that.

Recently, there was a rage against the loud car argument, in which one man was accused of acting as an irresponsible adult.

And of course, as we mentioned, the reason behind this immense quarrel between a man and a furious woman was the loudness of the man's car.

Karens Are Everywhere Around Us

Besides rage, Karens are too a dangerous weapon that needs to be handled with care and loads of patience.

In case you're feeling like you're missing something, let us lead the way.

In the last couple of years, the Internet invented the existence of Karen almighty. A Karen is usually a middle-aged woman that makes problems even when there aren't any. Usually, they have ridiculous complaints about anything around them, and the Internet community enjoys poking them regularly.

And how could one be patient when there is a raging beast in front of you, yelling at you that your breathing is too loud and fast?

The Beginning Of Everything 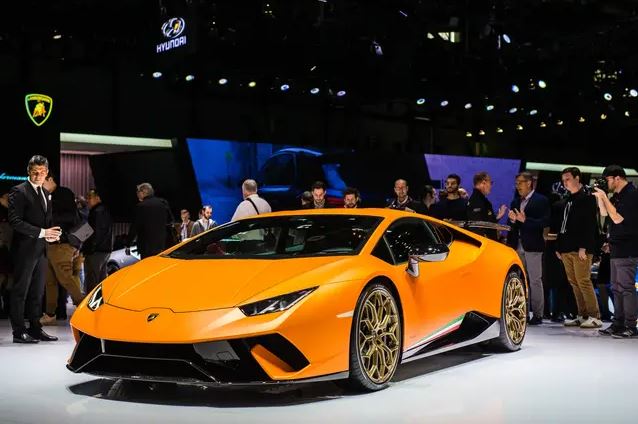 The man that had a close Karen encounter was driving his Lamborghini Aventador when suddenly, a wild Karen appeared out of nowhere.

This woman started complaining about - believe it or not - the noise of his car when he drove around the neighborhood.

And there is a Tik Tok video that proves the existence of this event.

Welcome To The New Era, Where Everything Is Been Documented Now

In the Tik Tok video, you could see that a woman stops the driver on the street. But things start to escalate quickly when this woman starts yelling and shouting about the noise the car makes in the neighborhood.

Moreover, she said that she was afraid for the safety of children that live in the area.

The last quote might have won her some points. But a Karen wouldn't be a Karen if she made peaceful conversations without making some unnecessary drama along the way.

The driver of the car didn't bother himself to deal with the raging woman. He even revved his engine loudly before driving off the street.

But the woman had enough and called the police right away.

And that was practically all of it.

Although the video is only 30 seconds long, it went viral shortly after it had been published. It provoked many reactions from the people who watched it, and it now has more than 4 million likes.

There were plenty of comments and one of them made a fair note:

"Bruh the kids don't care about the noise they just want to keep it."

Some people have already noted what we all might think of, that the kids in the neighborhood probably enjoy seeing the Lamborghini. And they don't even care about the noise the car makes.

On the other side, some people started questioning if all of this was a real situation. And many assumed that the interaction between the man and the woman was fully orchestrated.

Another person added their opinion:

"They are becoming more obviously staged."

While the jury is out to see and check whether the video is fake or not, there is one thing that we learned from this silly situation.

If you're calling the police on someone, maybe it would be better not to do it if they can easily drive away.