A man believed to be aged between 25 and 30 years died soon after he drank an entire bottle of Jägermeister in a deadly binge drinking competition.

Although the man managed to win the $11 prize, he paid for the stunt "with his life."

The incident occurred at the Blue Corner Car Wash & Liquor Restaurant in South Africa. The drinking establishment is found in Ha-Mashamba settlement, which is close to Elim.

The police reported that the unfortunate incident took place on Sunday, July 10 at about 11:30 p.m. 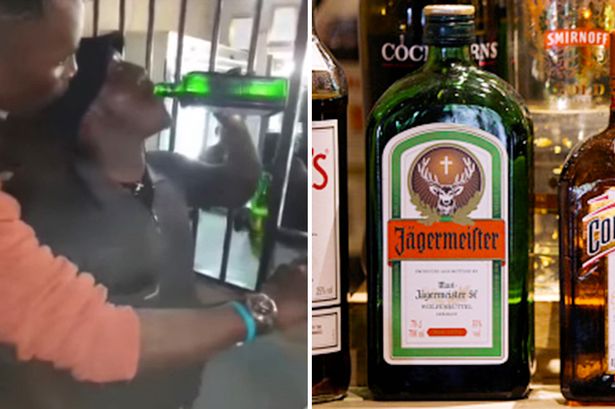 According to the $11 bet, whoever drank the bottle of liquor with 35 percent ABV the fastest, would win the prize.

The man managed to chug the entire bottle in less than 2 minutes, but the health consequences of his actions were immediate and deadly.

According to a now-viral video, the man can be seen drinking the entire bottle without taking a break. The spectators were applauding and encouraging him to keep drinking.

In less than two minutes, he had consumed the entire bottle, after which he collapsed to the ground.

He had to drink the entire bottle in less than two minutes to win the amount. Unfortunately, as soon as he was done, he fainted.

He was quickly rushed to the hospital, where he died.

Limpopo police then started an investigation into the man's death. He had lost his life trying to win himself some extra cash.

Brigadier Motlafela Mojapelo, the police spokesperson, said that the police have opened a case into apparent alcohol misuse in a venue where the patrons decided to participate in a "drinking competition."

The police reported that the man was confirmed dead at a local clinic following his collapse after consuming the liquor bottle.

According to Drink Aware, our bodies limit the alcohol units they can metabolize in a given time. This amount varies from one person to another.