Because Waffle House has been around in the U.S. since around 1985, it is considered an especially unique establishment. However, while the menu is simple and the perfect hangover cure, the prices are very unpredictable.

A lot of people have noticed the lack of consistency in the prices. So, it was only a matter of time before someone did what one man did by taking the time to collect the receipts to prove that something is not right.

This process clearly took quite a bit of time and energy, but the evidence is compelling.

The Twitter user, who goes by the name thedavidmille, ordered the same item thrice and took a photo of the three receipts he received before posting them with this caption:

"Bro I get the same thing from the same Waffle House every time and my total still never come out the same." 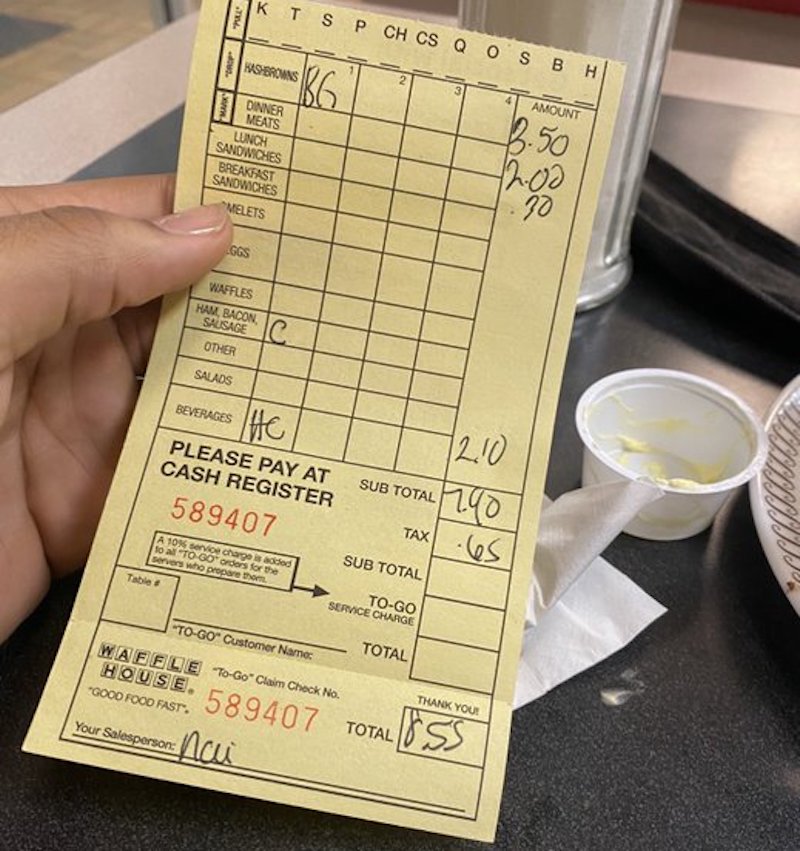 The total in the first receipt the man ordered came to $8.55. Here it is: 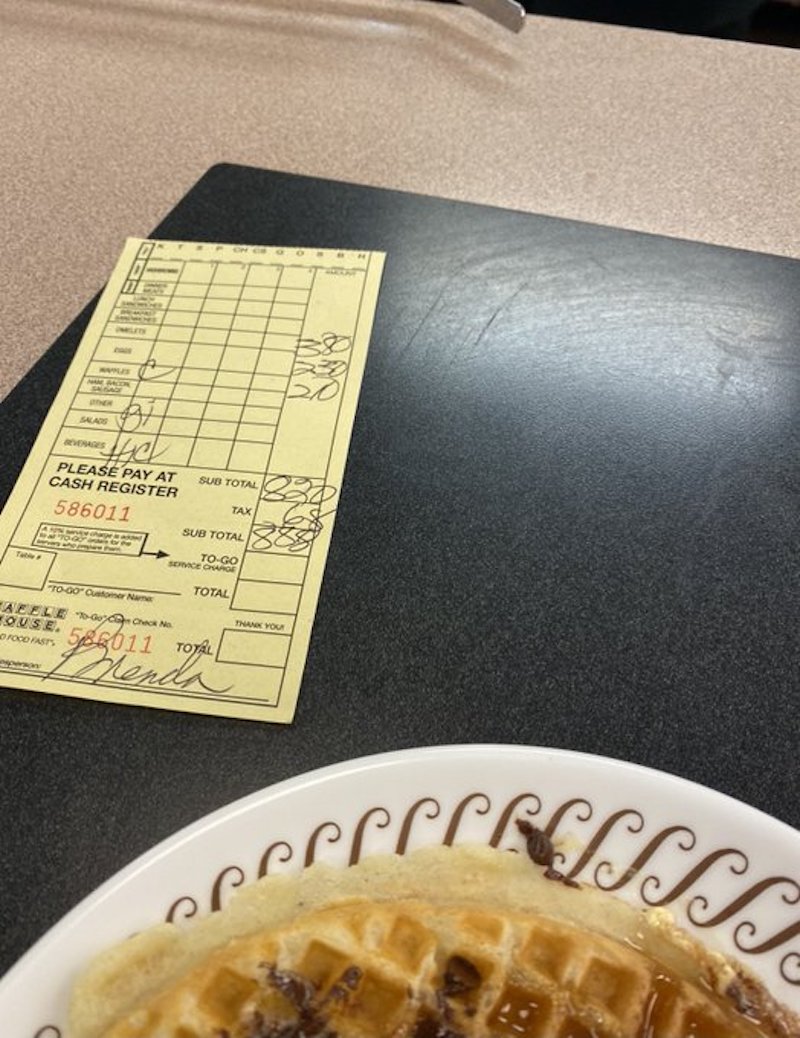 After placing the same order the second time, the second receipt arrived, and the total on it was $8.88. 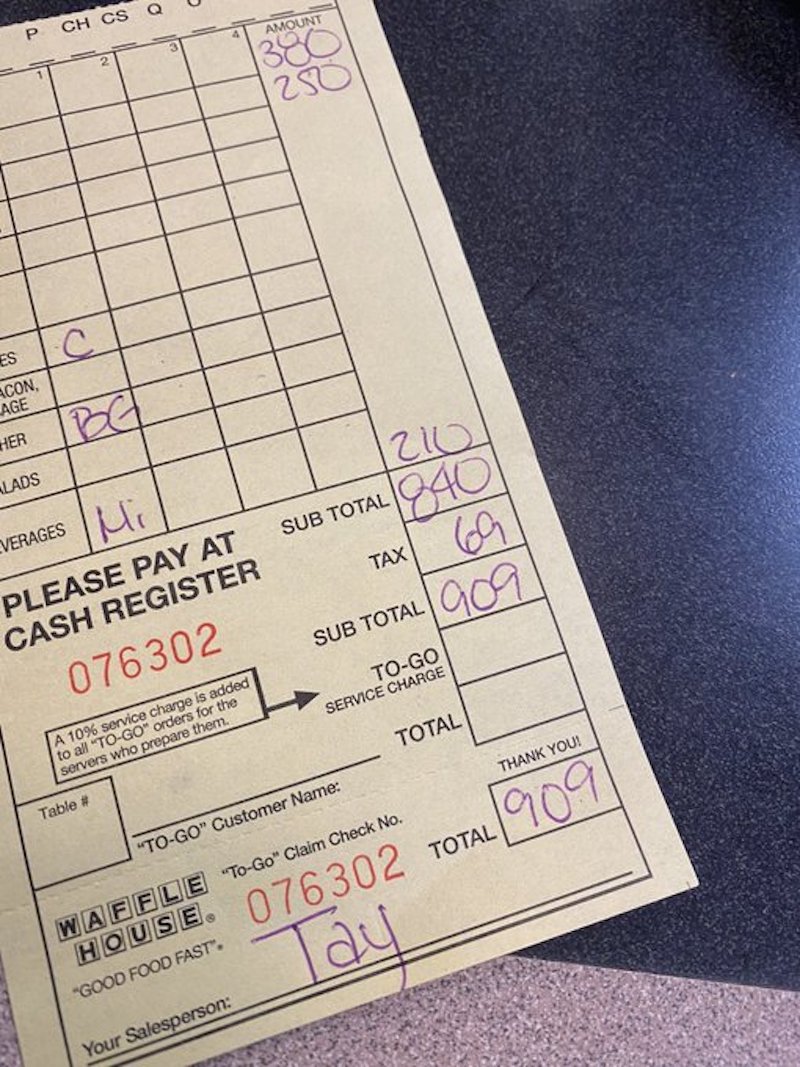 I think we are starting to see a trend here: the prices seem to be rising. After placing the same order for the third time, the third receipt required the man to pay $9.09.

It's a good thing David has a good sense of humor because he followed up his comments with a lot of laughing emojis.

I ordered a Hi C, chocolate waffle, and grits. Everytime! They just be writing it up different that’s why the receipts don’t look the same 😂😂😂

Unfortunately, the people commenting on his post did not find the random pricing as humorous as he did. Many of them have noticed the unpredictable increases in bills, and they don't find it amusing.

In fact, for one Waffle House client, the bill that came to $12.60 in the subtotal added up to $23.59 in the total after taxes; and he still couldn't talk himself out of the extra charges.

Is There An Elaborate Scam?

Waffle House employees don't seem too happy about this either. They are also tried to explain why the prices don't add up, as people explain.

Unfortunately, their "clarifications" only serve to make this weird prices more confusing.

Bruh all these Waffle House employees deadass gave me different totals to the same order ????? Don’t nobody know the prices I’m over it 😭😭 pic.twitter.com/WKpEhvnkGT

After the post went viral, Waffle House had to get involved. They were trying to "resolve" the customer service issue they were facing.

Some suggested that they try using a POS system like other restaurant chains instead of allowing their overworked waiters to do the math.

Please Google “Point of Sale system”... like the kind found in literally every other major restaurant chain in the country.

It's not clear when Waffle House will start charging consistent prices for its orders. So, if you can't stay off the eating establishment, you will have to put up with random overcharging for the foreseeable future.