The CCTV footage from Las Vegas shows a man casually walking away with his toy. He doesn't look bothered. In fact, if this wasn't some epic prank, we want to meet this guy.

Though it's funny for us, it's no laughing matter for the store's employees.

"Sadly, the pandemic has encouraged even the scummiest of scumbags to steal the strangest products from innocent businesses."

"This landmark item in our store is worth nearly $2,000, so if you happen to see a 3-foot penis sitting around, please turn in the 6-foot tall d__k who stole it."

While you shouldn't steal, not just adult toys, but at all, this man's nonchalant approach is not easy to ignore. It shows a total lack of any sense that stealing is wrong.

A store worker, Laura, who declined to give her last name, said that the impressive phallus is named The Moby. It's an homage to Herman Melville's classic Moby-Dick. 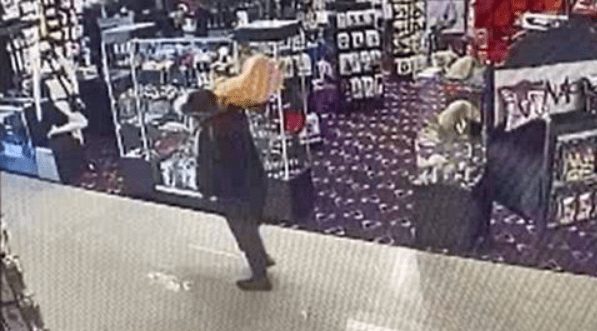 Now, it's a pricey toy. Yet, there is much worthier stuff to steal, and you don't have to carry around a giant penis—just a thought.