The New York hockey fan choose the wrong time, and probably the wrong outfit, to pop the big question.

The topless hockey game proposal happened during the New York Islanders vs. Panthers NHL match, and it could not have gone any worse.

The man was prepared when the game's kiss cam zoomed in on the couple. He immediately took his shirt off and revealed the text "Plz say yes yes yes" written on his chest.

The man went down on one knee and proposed in front of 17,255 fans, holding the box with the ring in his outstretched hand.

A cameraman immediately went to film the couple as the crowd started cheering and making noise. "Just say no," some viewers chanted when they noticed the girlfriend's hesitation.

The woman, wearing an orange cap, could be seen putting a hand over her mouth while deciding what to do.

She then lent forward and held her boyfriend's arm as she said something that could not be heard over the commotion.

Some of the fans cheered as they thought she might have accepted the proposal. However, it soon became clear it was a no when she got up and ran away from the scene. 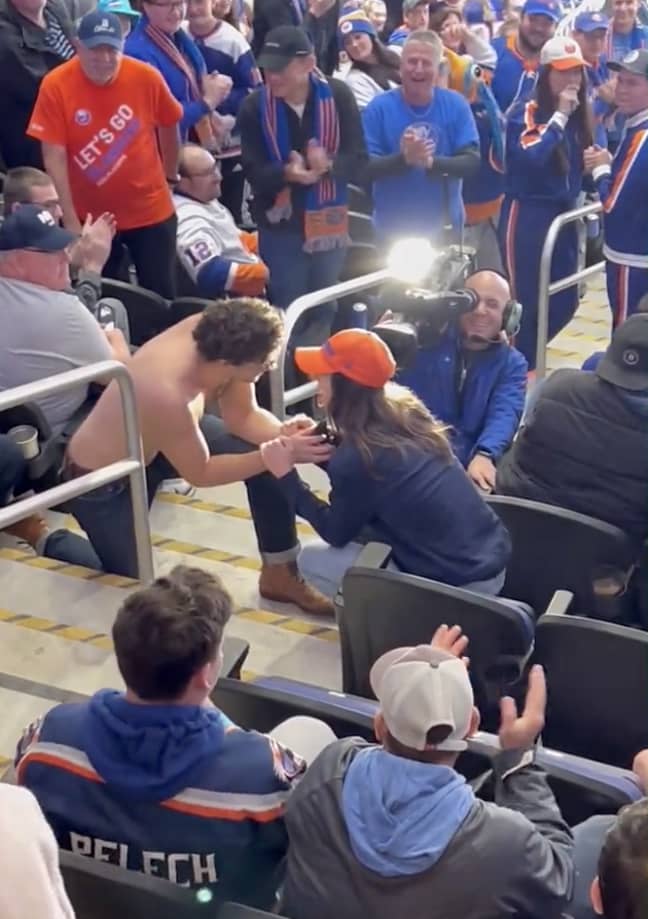 The devastated boyfriend stayed on one knee, unsure how to handle the situation. Gasps of shock could be heard from the audience while the man bent his head in defeat.

He eventually got back up and returned to his seat, comforting himself with a drink of his beer. 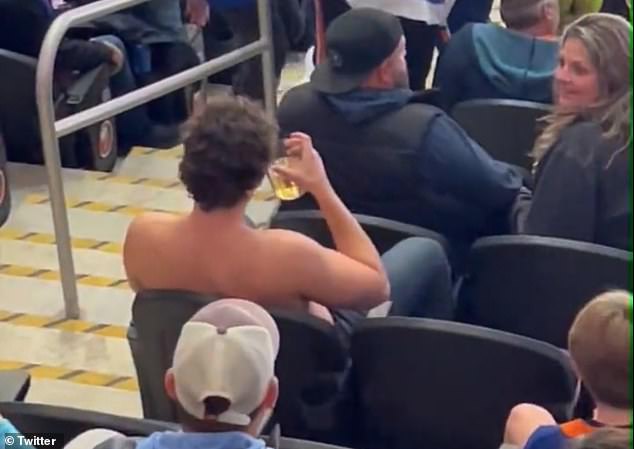 However, the man's embarrassment was not over since the video of the failed proposal quickly went viral. The event was first shared by sports writer Dan Rosen on Twitter.

"Kiss cam time and a guy takes off his shirt and written on his chest is 'PLZ SAY YES YES YES," he wrote on Twitter.

"He gets down on one knee and proposes. The camera cuts away. But I could see them from the press box."

"The girl got up and left. She flat-out left. And the Panthers scored. Can't make it up."

Another Twitter user shared a video showing the event in response to Rosen's tweet, which has now spread far and wide.

Of course, Internet users were not late sharing their thought on what had happened.

"Maybe shirtless and drunk was the wrong approach," a commenter pointed out.

"Bro, you're really gonna put her on the spot in front of thousands of people (and many more on tv) while you propose with no shirt on?" another wondered.

"Sits back down and drinks his beer. Love it," a third shared.