Tesco shopper Calum Macdonald took to Twitter to share his concern after finding something unusual in his newly-bought tub of ice cream.

In the tub he had bought from Tesco, he found a phallic-shaped dent in the ice cream.

So, he took an image of the ice cream with the cheeky crater to prove he wasn't making it up. 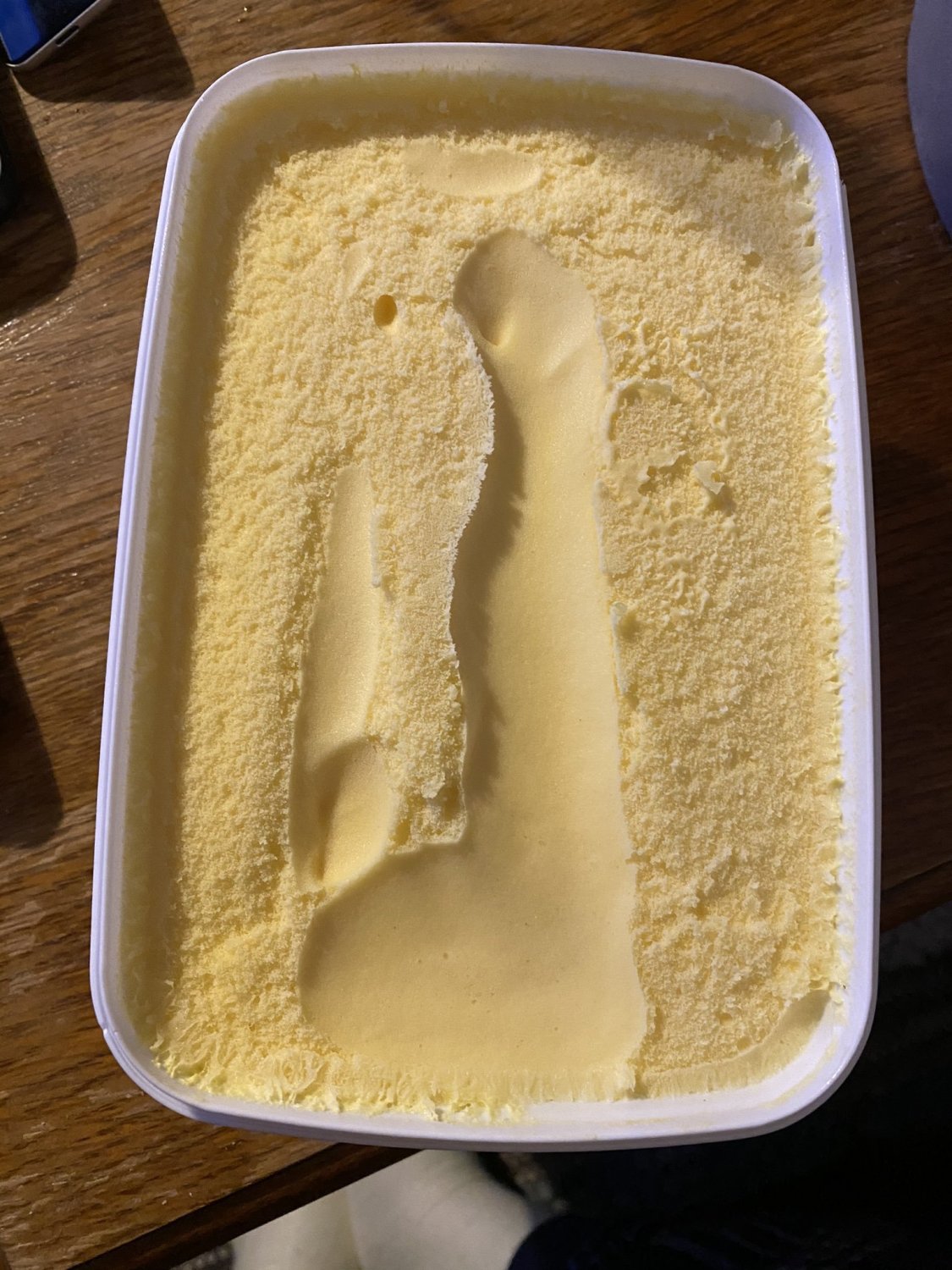 Calum then shared the pic on social media while asking the supermarket chain the question on everyone's lips.

"Hi @Tesco - I'm not being funny but has someone had a fun time with my ice cream. I've just opened it…"

Hi @Tesco - I’m not being funny but has someone has a fun time with my ice cream? I’ve just opened it... pic.twitter.com/CAeME3r4CU

Although Calum was worried about what had happened to his ice cream, social media users others found the issue amusing.

Calum's post has since garnered more than 900 likes and dozens of amusing comments.

"You joke, but there was a fad for people licking ice-cream lids and putting them back at the supermarket - this seems a natural progression."

"Oh no, I wouldn't eat that. It might leave you feeling a bit dicky."

"They're quite big those tubs, so I'm envious."

Calum later told followers that Tesco sent him vouchers since news of the rude find went viral on Twitter.

"You should know that Tesco immediately replied and gave me a voucher to cover the cost of buying some... less playful ice cream."

It's not the first time people have been left in stitches after spotting something phallic where it doesn't belong.

Another shopper recently pulled out a carrot with a rude-looking appendage from the bag of shopping they had delivered from Tesco.

The carrot looks like a pair of legs with a small penis on display.

A woman's photo went viral after friends spotted an unfortunate reflection in the mirror in another hilarious incident.

Connie White, 22, uploaded a shot of her wearing a nice dress while standing in front of a mirror on Instagram.

But the innocent photo left netizens in hysteric. Many noticed the mirror behind her had created a phallic reflection between her legs.

While some couldn't work out what the reflection actually was, Connie informed them it was simply the back of her leg.