In a shocking video, a man can be seen jumping off a cliff and seriously injuring himself. The footage shows a man jumping from 200 feet off a popular spot before crashing into the sea.

Some of those watching the jumper were cheering him on, while the rest were screaming in horror as the man hit the water.

After the dangerous jump, the man was air-lifted to Dorset County Hospital. When the helicopter landed on the beach, it was full of people.

Here is the video showing the mind-blowing jump:

The man was doing a stunt known as 'tombstoning.' He was 38, and he had come all the way from Grimsby.

In the past 16 years, 20 people have lost their lives to such stunts.

According to a man who filmed the crazy stunt, the man broke his arm. Also, due to the dangerous stunt, he was put under arrest and the beach was closed off.

Later, it was confirmed that the man had dislocated his shoulder.

Another witness actually thought the man was trying to commit suicide.

Emergency Services Had Been Called By The Time The Man Jumped 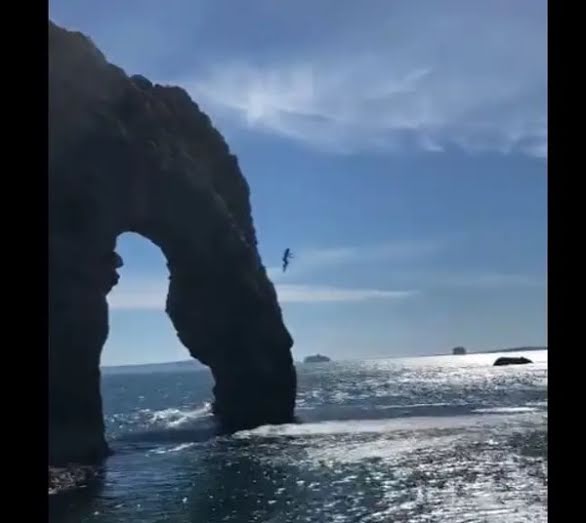 The man who witnessed the unusual event later spoke to the media about it. He explained that the jumper was already at the top of the cliff when they saw him.

His wife assumed the man was trying to take his life.

Lots of people shared that sentiment. In fact, by the time the man jumped, emergency medical services had already been called in to handle the situation, considering how high the cliff was.

According to the witness, the jump was incredibly scary to watch. There was no telling if he would get back up or how badly he would hurt himself.

Fortunately, after an ambulance arrived, the medical professionals were able to get to him. By the time he was taken to the hospital, he had a bandage on his shoulder.

Khawar, the witness, said that it was crazy for people to think they can jump from such great heights and walk away without hurting themselves. 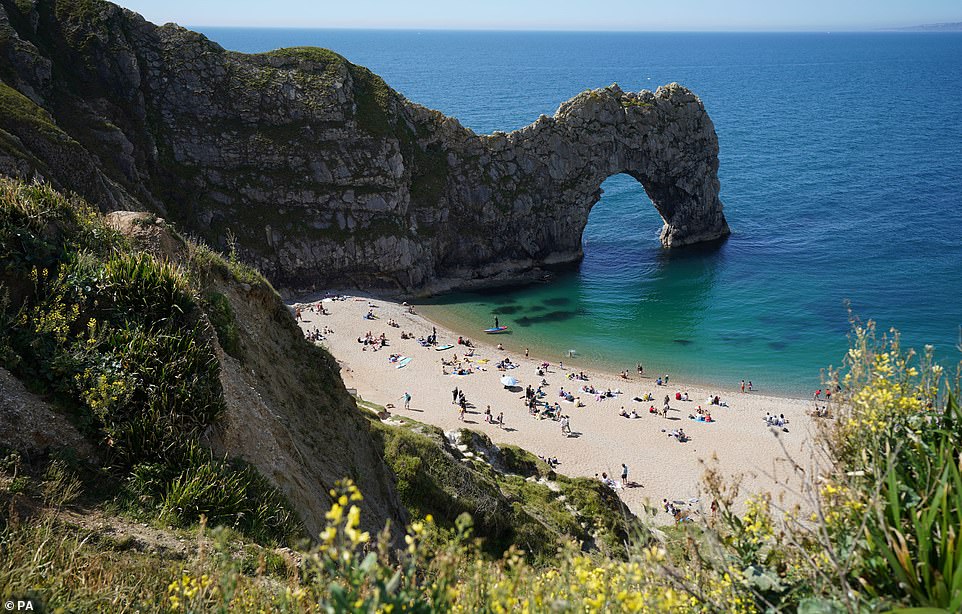 According to a Kimmeridge Coastguard spokesman, there have been numerous such incidents. In a statement, the coastguard said:

"After another busy day on bank holiday Monday in which the team were tasked to numerous incidents at Durdle Door involving ankle injuries, and a person with a diabetes episode – we were again requested to assist our colleagues at Lulworth Coastguard Rescue Team."

They also commented on the man who had just jumped off the cliff.

They stated that a man had dislocated his shoulder and that they had to get a heli-med air ambulance, after which they had to take off "a very crowded beach."