There is plenty a skilled makeup artist can do to give you a completely new look. What's even more mind-blowing is seeing a gifted makeup artist turn herself into practically any celebrity she wants to look like.

You might have a hard time believing that these photos are all of the same makeup artist turning herself into various celebrities. 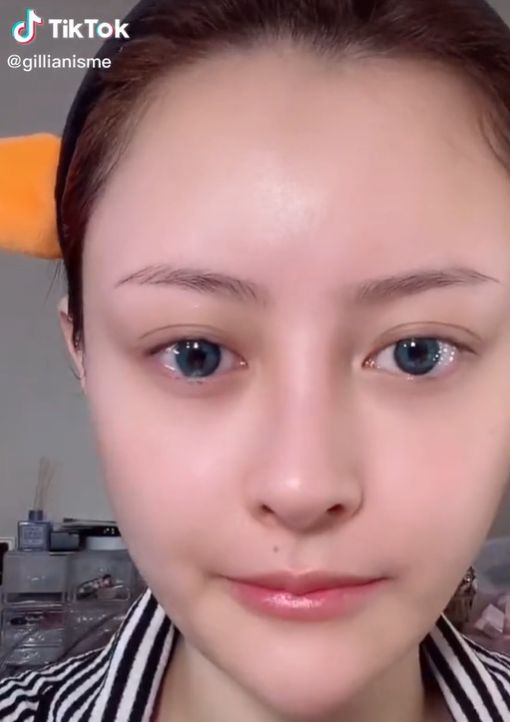 Gillian can be found through her TikTok account using the handle @gillianisme. Although she does not share a lot about herself, she posts many images showing her eye-popping transformations.

You better have a second look at her actual face right now because you will have difficulty recognizing it in the photos that follow. She uses makeup to transform herself into someone else entirely magically.

This Is Gillian As Billie Ellish 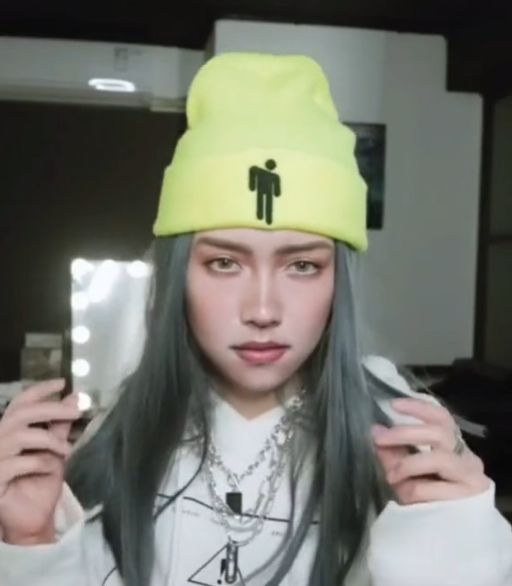 Impressive, right? You can immediately say that the above picture shows the popular singer Billie Eilish. It is only after looking at Gillian's videos that you will understand how much effort goes into achieving this look.

Gillian has to do many makeup tweaks to ensure she has an uncanny resemblance to the famous pop star. 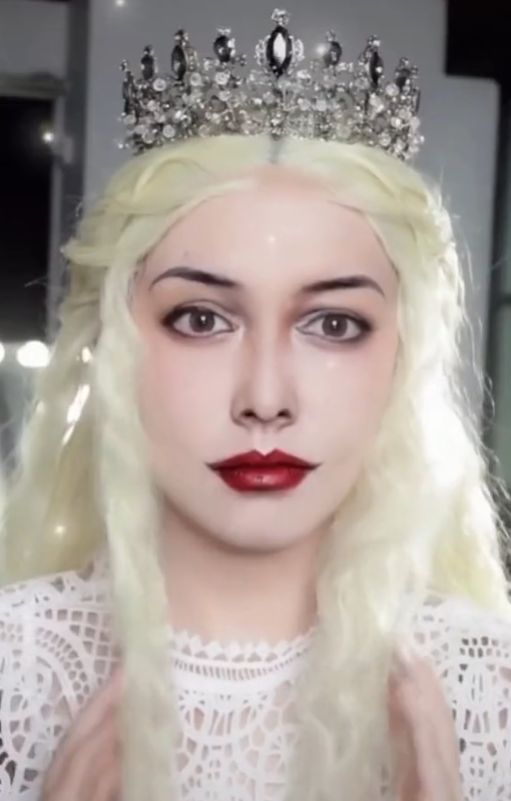 Based on her posts, it looks like Gillian is trying to look like particular celebrities. In this picture, she manages to make herself look like Anne Hathaway, including her eyes. She achieves this impressive feat time and again, as you are about to find out. 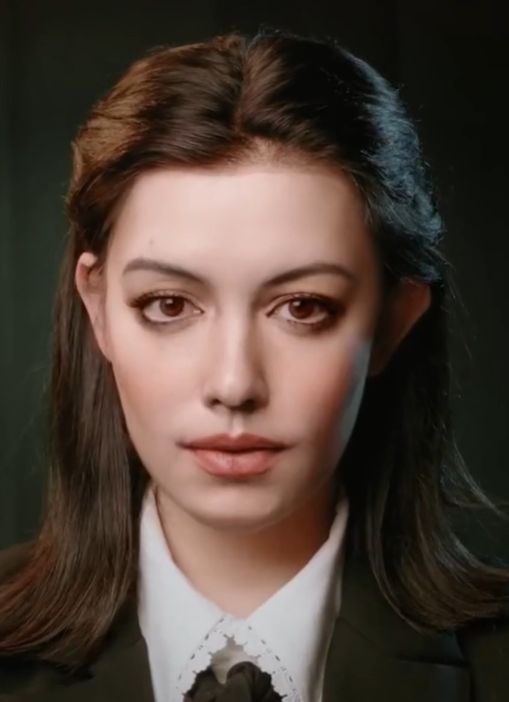 Even when she does the same celebrity a second time, Gillian proves herself to be a master of her craft in a totally different way, as this Anne Hathaway impression shows. You can still tell that this is still Anne Hathaway, although she looks completely different in this picture.

Gillian As The Unforgettable Audrey Hepburn 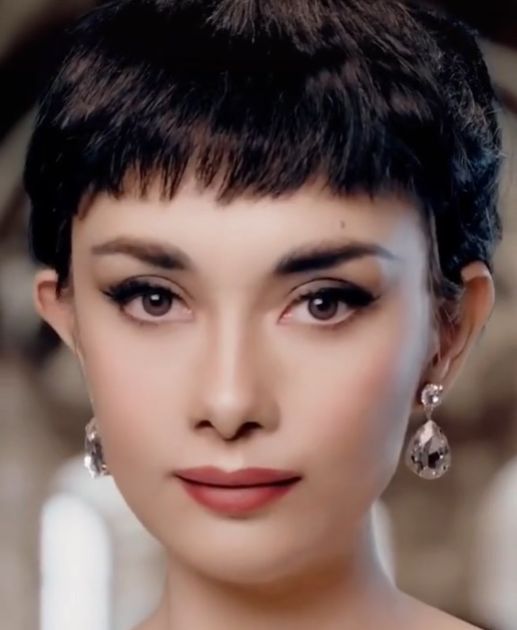 Without a doubt, Audrey Hepburn is among the most notable actresses from the past century. Obviously, Gillian does a great job of copying her look in this instance.

Using makeup, she made herself look as petite as Audrey while also capturing her iconic elfin features. As you can see, the look on her face is also just like Audrey's. 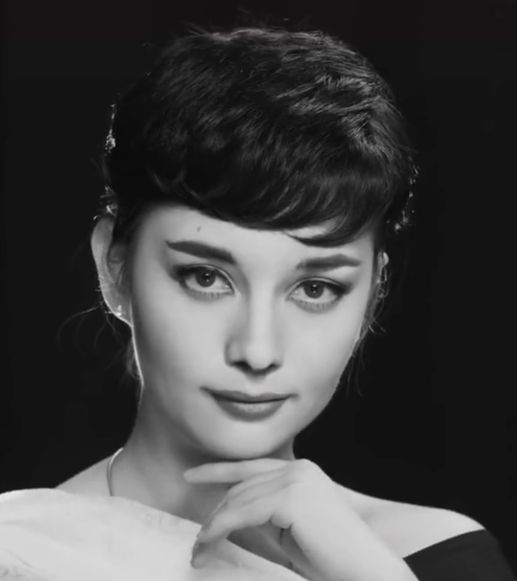 In this amazing transformation, Gillian also does a splendid job of making herself look like Audrey Hepburn. She uses a monochrome picture to give the photo a more classic touch.

Choosing to work with this filter does a great job of helping demonstrate the way Gillian shades her face with makeup to make herself look like these celebrities. 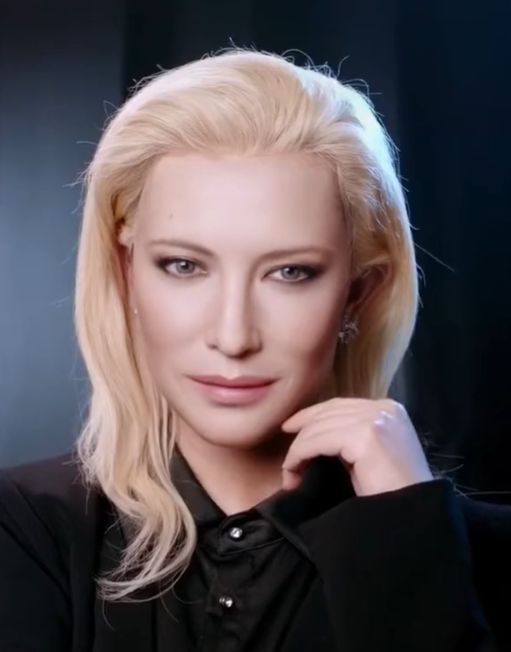 In this transformation, Gillian had to use contact lenses. That was the easiest aspect of the process.

After that, she had to shade herself skillfully to change practically every aspect of her face to look like Blanchett. As you can see, the resemblance is unmistakable.

Gillian As The Legend Himself 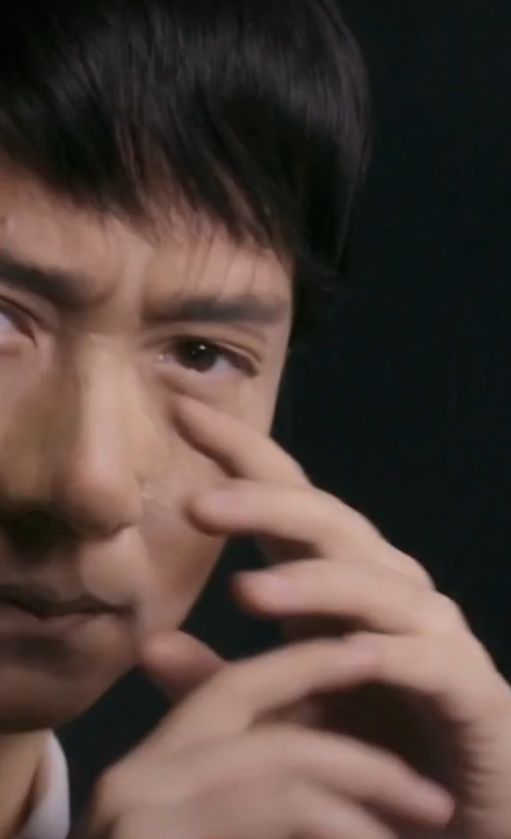 Once again, Gillian manages to impress us with her incredible transformation by turning herself into the movie legend Jackie Chan. This goes to show that she is not just restricted to transforming herself into a female celebrity.

Although she does not have as much muscle as the star, she did a brilliant job making her face look like his. 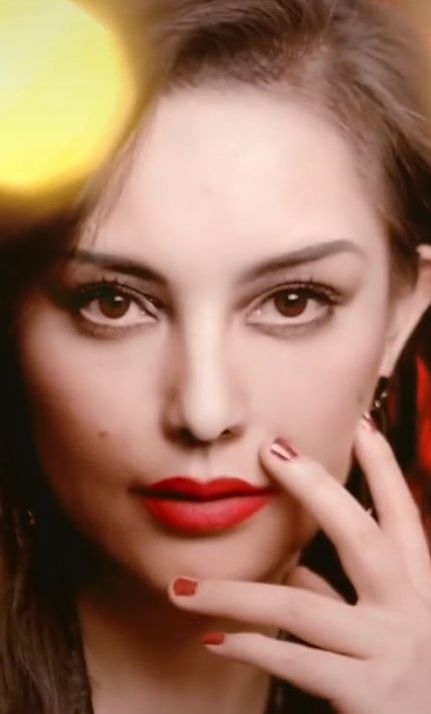 Putting on a wig and a pair of contacts is the easy part here, but that's not enough if you want to look like Natalie Portman. This photo shows all the small details she added to her face to make sure she looks exactly like the famous actress.

Clearly, Gillian is in a league of her own when using makeup to transform her face.

Then She Turned Herself Into Taylor Swift 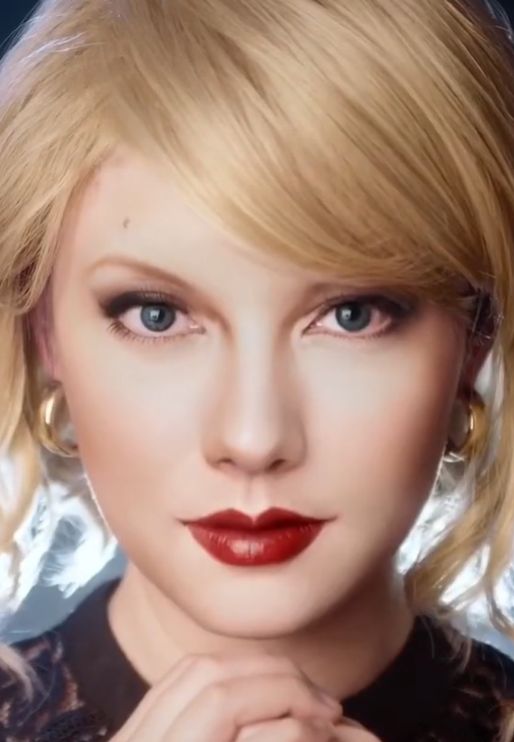 Few faces are as recognizable as Taylor Swift's. However, you can admit that despite knowing how this popular singer looks like, you can still feel that this is her, and it's all thanks to Gillian's magical makeup skills.

Most people would have a problem telling that this is not the real Taylor Swift. Yea, Gillian is that good.

How About Scarlett Johansson? 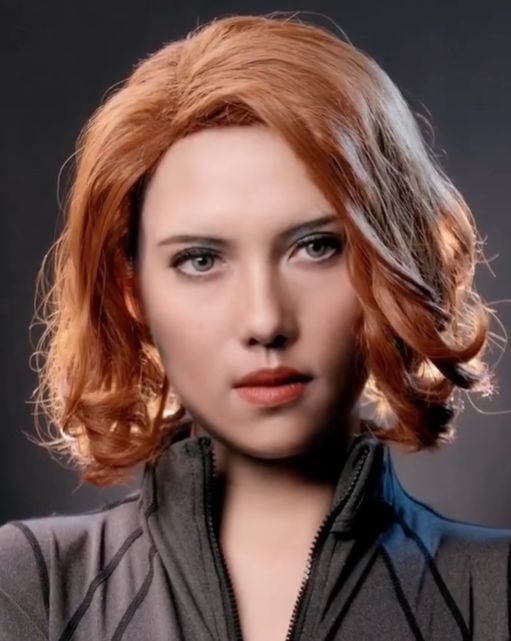 Like Taylor Swift, Scarlett Johansson is very easy to recognize. However, were it not for the fact that you knew this was supposed to be Gillian making herself look like the beloved actress, you would not really tell that this wasn't a picture of the real Scarlett Johansson.

It is hard to believe that someone can achieve so much with nothing but makeup. Gillian's skills are on a whole different level.

The King Of Pop Himself 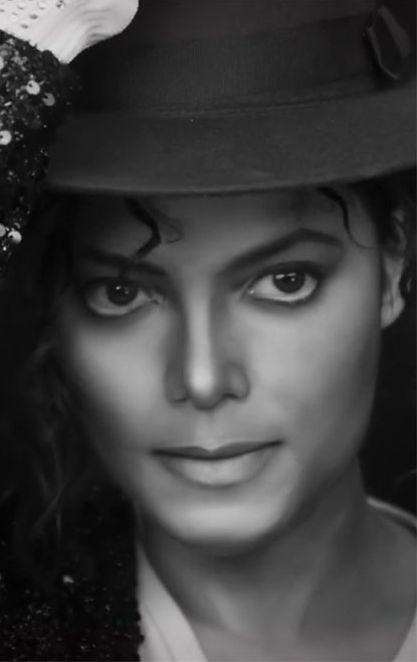 Although Michael Jackson has been gone for more than a decade, Gillian managed to turn herself into a spitting image of the famous pop singer. This is what the legendary singer would have looked like in the mid-80s.

Gillian even managed to catch Michael's plastic surgery with nothing other than clever shading with a makeup brush.

Gillian In The Fictional Realm 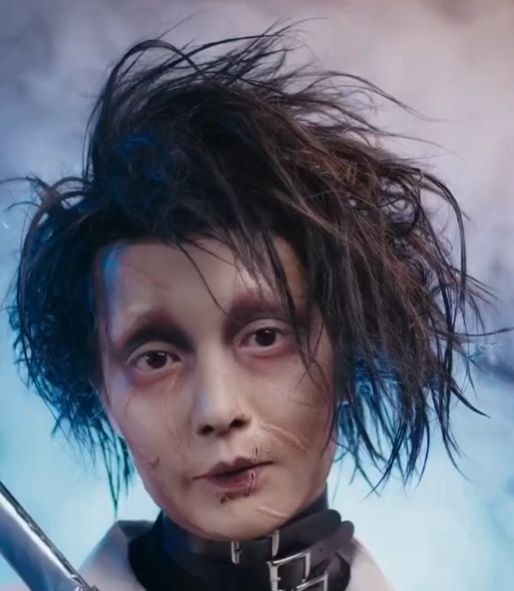 You remember him, right? That is Johnny Depp as Edward Scissorhands. Granted, the hair and the scars do most of the job. However, Gillian still does a fantastic job of turning her appearance into that of a famous character. 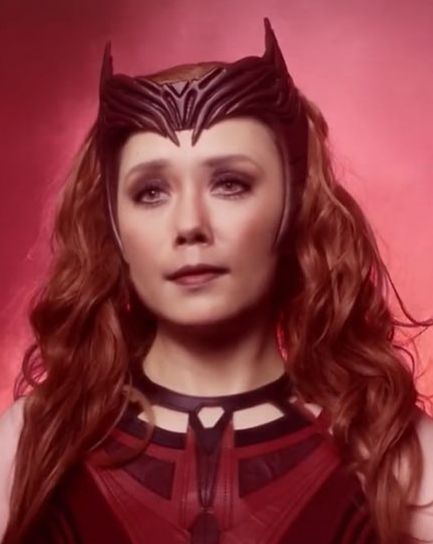 Once again, this is a fictional character. This is Wanda Maximoff, and this transformation demonstrates how much Gillian can do with the right makeup tools.

You have to wonder how much makeup Gillian has to use to manage all these flawless transformations. 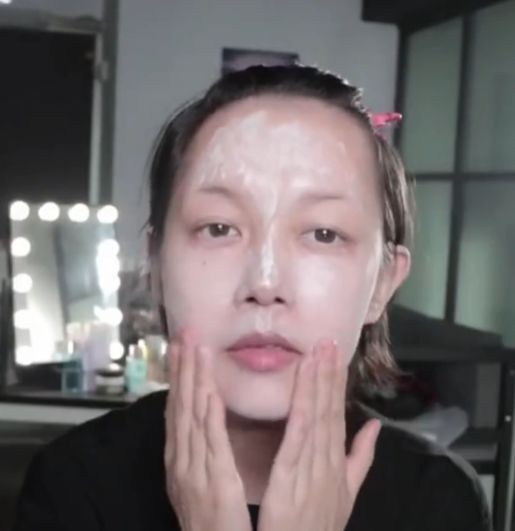 All we can say is congrats to Gillian for her impressive skills. Of course, you are welcome to check out the entire selection of Gillian's makeup transformations on her TikTok account.