Richard Winters served during World War II in the 101st Airborne Division of the United States Army. During his time in the army, Richard Winters earned a reputation for his invaluable courage and expertise. He was always linked to the famous Easy Company within the 2nd Battalion of the 506th Parachute Infantry Regiment.

Richard Winters rose to the rank of Major for War Merit and was placed in command of the 2nd Battalion. In addition, he also worked as a training officer during the Korean War 20 years later.

He is known from Stephen Ambrose's book-turned-series, Blood Brothers. 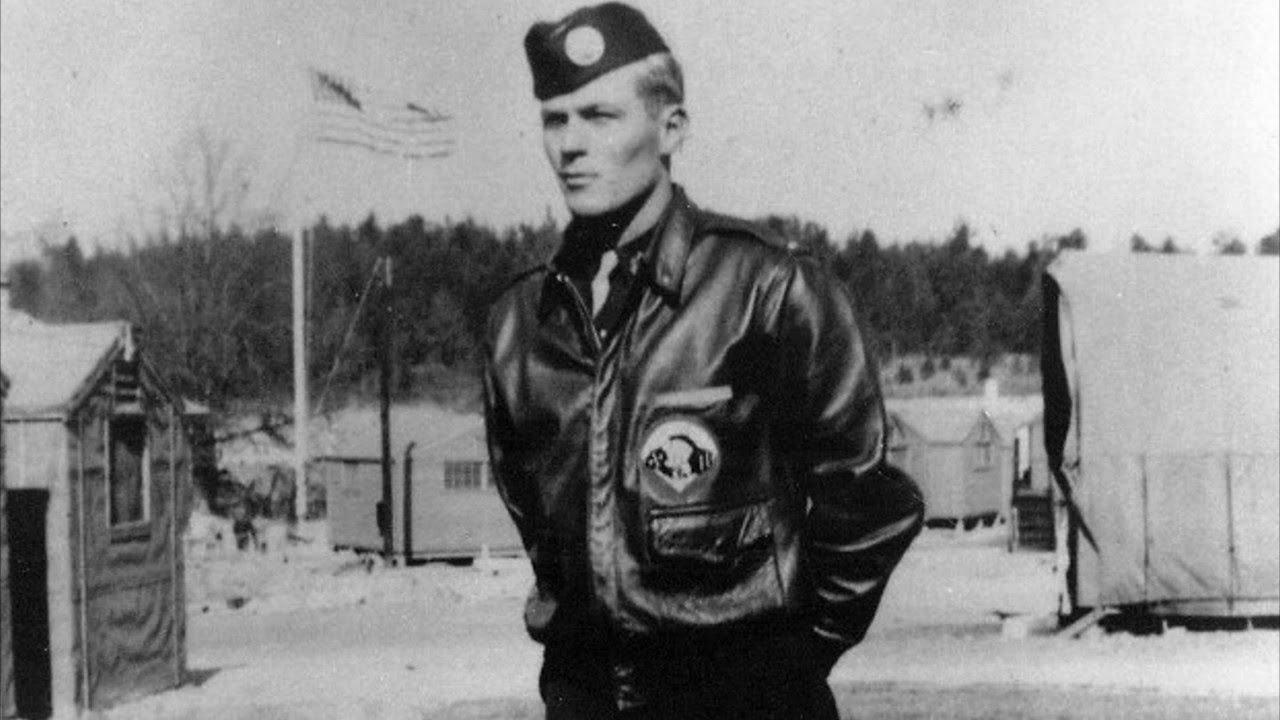 On January 21, 1918, Richard Winters was born in Ephrata, a small town in Pennsylvania. His parents were Richard and Edith Winters. He studied at the Lancaster Institute for Men and enrolled at Franklin and Marshall University.

During his time in college, Richard Winters competed in basketball and football. Although his favorite sport was wrestling, he was unable to practice it.

While studying, Winters combined his education with a part-time job to pay for college. He graduated in 1941 with honors.

Richard Winters' Beginnings In The Army 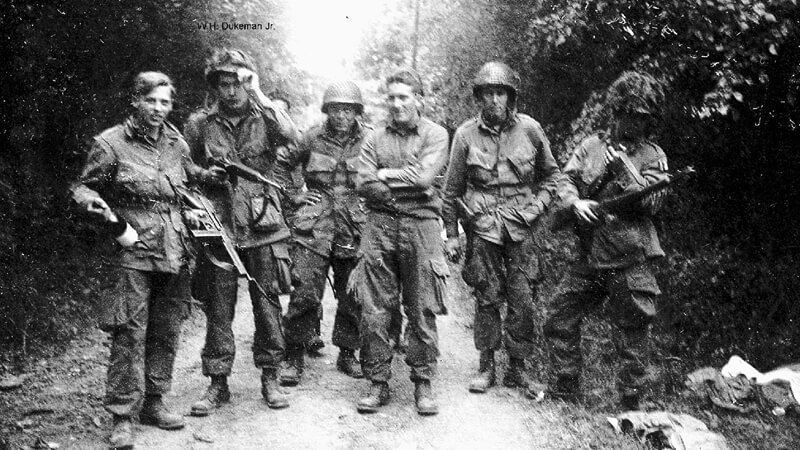 After graduating, Richard Winters enlisted in the army in 1941, when he was 23. He enrolled in the military out of obligation.

In his memoirs, Winters said that although he voluntarily enlisted for a year of service, he had no desire to go to war. The only reason he signed up was so he wouldn't be coerced later.

When his superiors saw his promising career nine months later, Richard Winters was selected to attend Fort Benning Officer School. Inside the school, he met the one who would become his best friend throughout his life, Lewis Nixon. Three months after entering the Fort Benning School, he graduated as a second lieutenant in the United States Army and achieved his dream - to be a skydiver.

His beginnings in the Easy Company were not easy. Richard Winters arrived at Camp Toccoa, the 2nd Battalion barracks when he was just 24 years old. He met his superior, Capital Sobel, who managed his company with an iron fist.

Richard quickly gained the trust of him and his men and took command of the second Platoon. There, he met those who would be his companions for the next three years.

Herbert Sobel put Easy Company through grueling training. He was unforgiving of failure and subjected his men to brutal marches and climbing up Mount Currahee to push them to the limit. This training, criticized by almost all of his men, was vital since his company was the best trained of the entire Battalion. 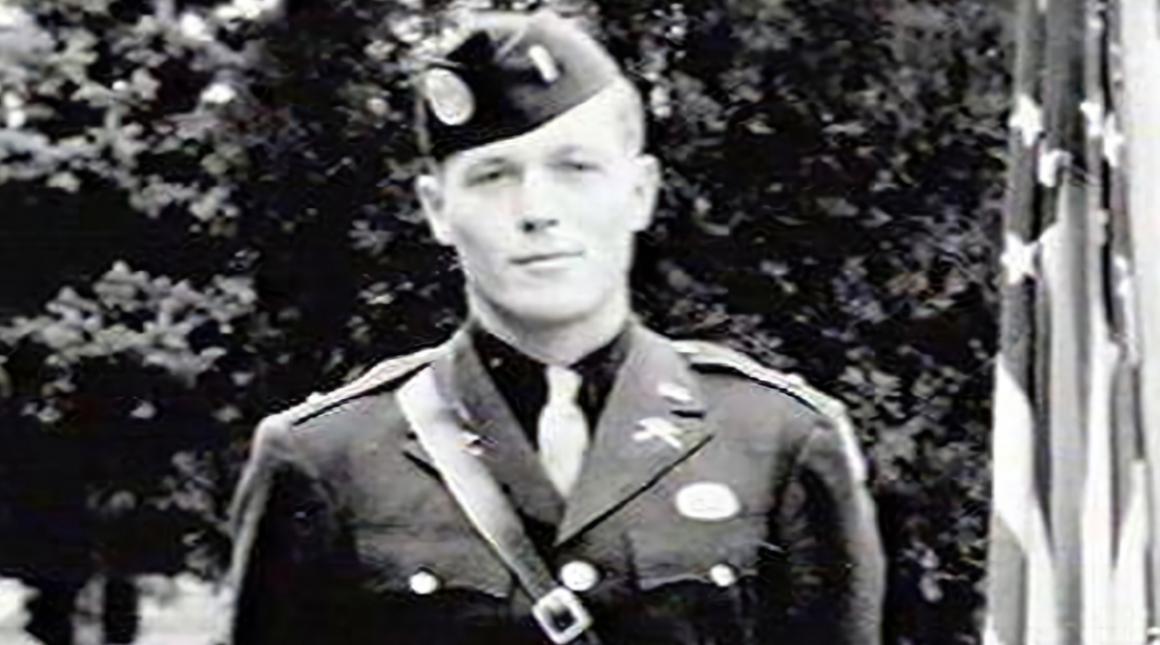 Richard Winters left Camp Toccoa for North Carolina to begin combat and tactical training. During this training, Sobel proved incapable on the ground, with a poor interpretation of maps and combat. However, the young Lieutenant Winters stepped forward and showed himself as the great officer he would become.

After concluding the instruction, the company moved to England via the ship Samaria. After a dozen days, they ended up docking in the UK. There, they continued to train hard to prepare for D-Day. Richard Winters finished his training as a first lieutenant.

Richard Winters At The Battle Of Normandy 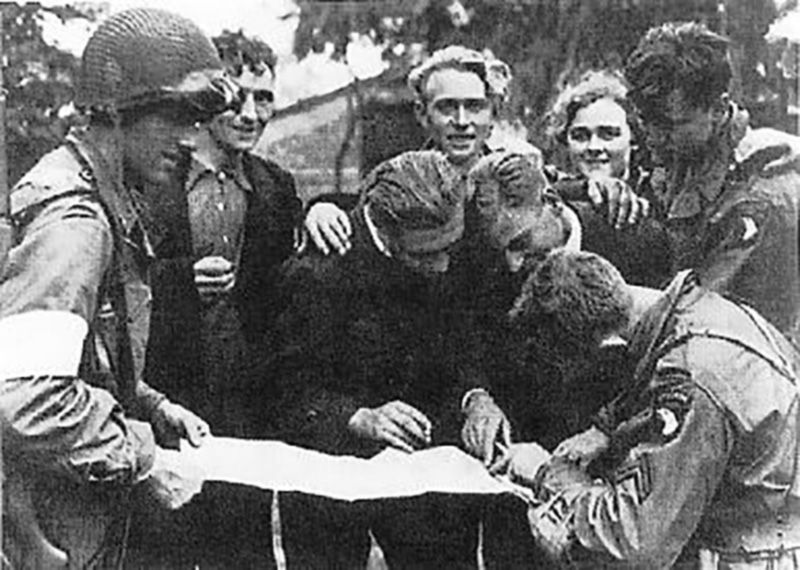 Their first foray into the war took place in the hours before D-Day. It had been planned that the paratroopers would finish off the German artillery close to shore to have a better chance of a successful landing.

Winters's 2nd Platoon managed to overcome the initial goals. The tactic used by Lieutenant Winters to take a fortified German position that had five times as many men is still studied in military academies. This action earned Richard Winters the Distinguished Service Cross.

At the end of the mission, with no one knowing of Lieutenant Meehan's situation - who had taken command of Easy Company before leaving for France - he became the company's commander.

Winters led his men throughout the Normandy Campaign, taking Sainte Marie du Mont, Brecourt Manor, and Carentan. In this last town, the lieutenant got his promotion to the rank of Captain. After a short rest, his company was called back to the front line. They left for Holland to take part in Operation Market-Garden.

Although the mission was a complete failure, Richard Winters saved many lives, ending with a fixed machine gun that was destroying the allied lines. After this, Winters returned to be promoted and became the Battalion's Executive Officer.

The Battle Of The Bulge 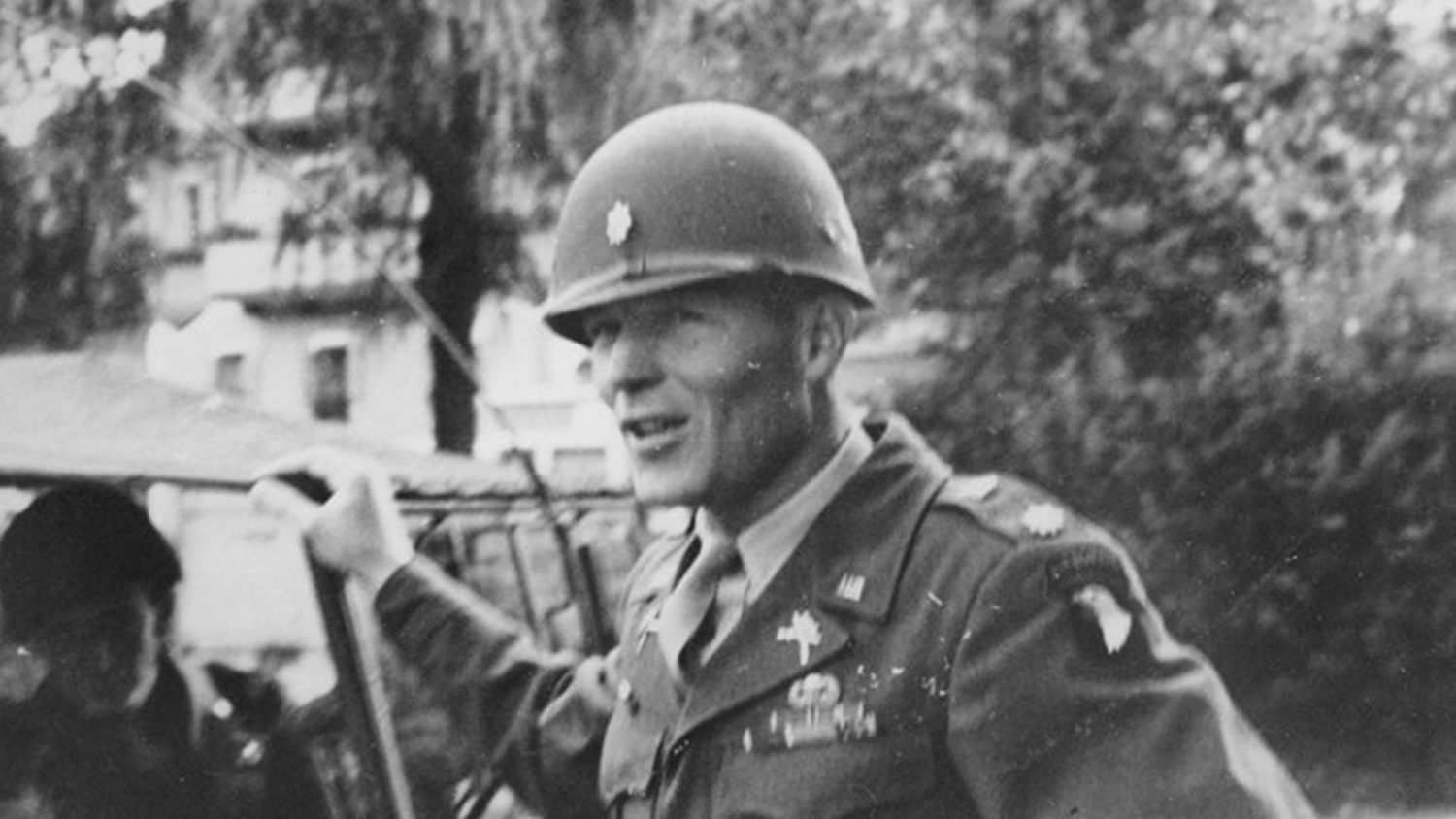 The division was brought back to France to participate in the Battle of the Bulge. They were cornered by German troops surrounding the small town of Bastogne. Despite being short of men and ammunition, Winters's men held off the German attacks for two days until General George Patton's reinforcements arrived.

Patton broke through the German lines, freeing Allied soldiers and re-establishing supply lines to the front.

In March 1945, Richard Winters was promoted to Major, taking command of the 2nd Battalion. His men were taken to Haguenau in Alsace. The German army was already depleted, and the fighting of the 101st was never repeated. They were tasked with the defense of the Rhine and tasked with taking Berchtesgaden, Hitler's summer home.

Upon arrival, they found no enemy resistance. Three days later, the capture of Berlin by the Russians put an end to the conflict. 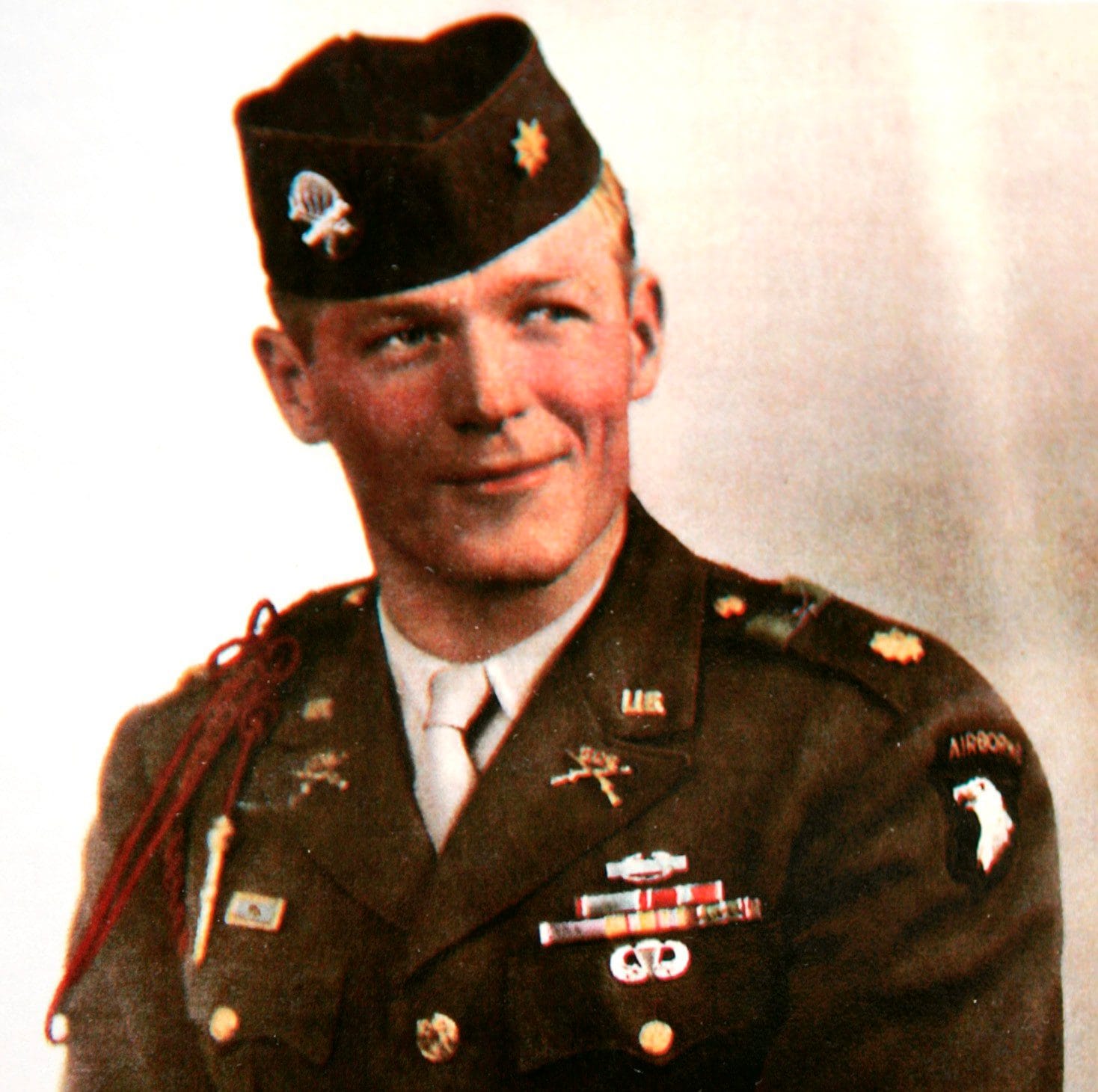 Although the war was over, Winters' work did not end there. He spent the next few months in Germany, laying the new country's foundations. He ended up going back to the United States in November.

Richard Winters was honorably discharged from the Army on November 29, 1945. Despite all he did during the war, he never got his coveted Medal of Honor.

Since the end of the war, he began working with his friend Nixon in his fertilizer factory in New Jersey. In addition, he found love there and married Ethel, who would be his wife for over 53 years.

Winters Got Called Up again 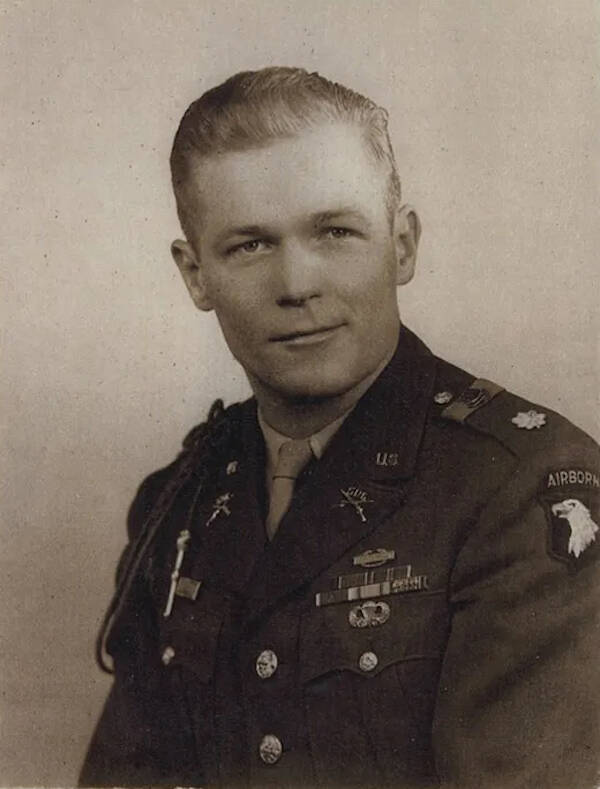 During the Korean War, Winters was called up again. He was ordered to join the 11th Airborne Division.

He did not want to go back to another war and even talked to General McAuliffe in Washington DC to intercede for him. McAuliffe gave a half-hearted denial, allowing Winters to remain in the United States as a Training Officer.

Winters did not like his work mainly due to the lack of will of his men and lack of enthusiasm. He volunteered for Ranger School and became a United States Ranger. He was ordered to go to Korea, and during his deployment, he received an offer to be discharged, which he gladly accepted.

The final Years Of Richard Winters 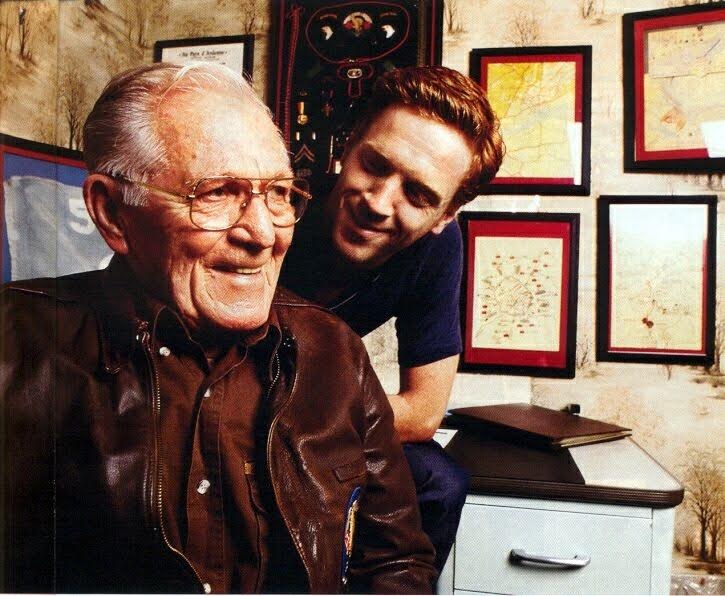 After the Korean War, Winters did not return to his friend Nixon. He started working at a plastic adhesive company. Sometime later, he bought a small farm with his wife, and it was there that they raised the two children. This farm made him go into business for himself, supplying animal feed to farmers in the area. He retired in 1997 at the age of 79.

His appearance in the book Blood Brothers launched him to fame, and the mini-series later made by HBO ended up making his name appear on all televisions. However, Richard Winters preferred to lead his life in his family's privacy and never liked being famous.

Yet, when Blood Brothers won the Emmy Award, Winters agreed to collect the award on behalf of all members of Easy Company. In 2006, he published his memoirs, and after that, his health began to weaken and his appearances reduced.

On January 2, 2011, Richard Winters passed away at 92, in the same state in which he was born. He had had Parkinson's for several years. His wife passed away only a year after him.

Winters was buried in the cemetery of his hometown, next to his parents.