The lady's behavior abhors many people. However, several others find the story to be quite hilarious.

Elections are closer than ever. Therefore, people are doing all they can to express their opinions about the upcoming political changes. 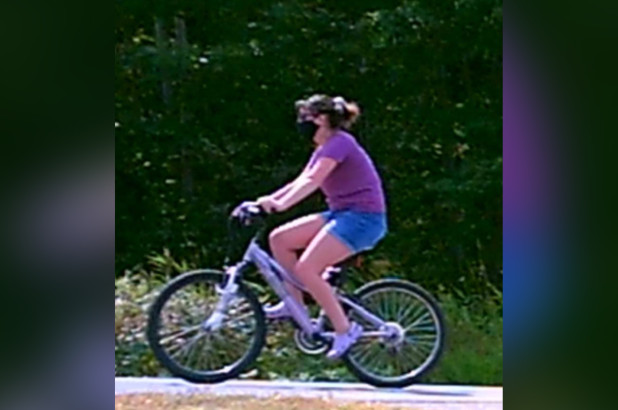 While many people are full of excitement, others are seeing the whole affair in a very different light.

For instance, the yet-unidentified woman has spent two days stuffing dog poop into mailboxes of Trump supporters in Maine.

The police want to arrest her for disturbing conduct. This is what Alyshia Canwell, a Hampden Public Safety patrol officer, had to say about the woman and her nauseating actions.

"She has been picking up dog feces and putting it in mailboxes, specifically of people who have Trump signs outside and she has been also defacing Trump signs, writing comments on the signs."

It is not just the dog poop that's the issue, although that is clearly the most despicable part of the woman's strange crusade.

The woman is clearly no fan of Donald Trump, or his supporters for that matter.

Based on the picture, the police have released online, the woman seems to be middle-aged. She also has short brown hair.

In the picture, she is seen wearing a pair of denim shorts, a purple top, a black mask, and Crocs. 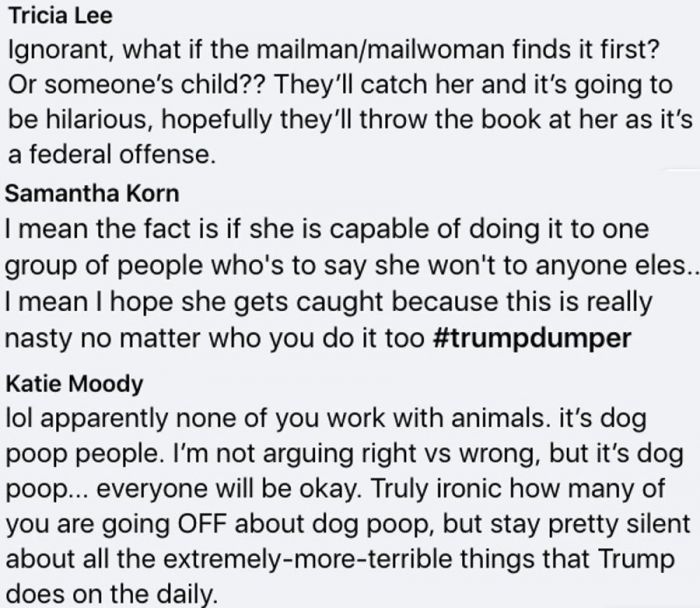 One commenter described her as "ignorant" for failing to consider that a mailman or a child might get to the poop first. This commenter goes on to hope she gets caught, which should be "hilarious."

Another commenter had a more serious outlook on the whole issue. This particular commenter was wondering what else the woman is capable of doing if she can go to such lengths to humiliate a specific group of people.

Like the first commenter, this one also hopes the woman gets caught. That's because what she is doing is really bad regardless of the person she is doing it to.

But Some Thought It Was Funny

According to a comment on Facebook, people should not get so upset by what the woman is doing. After all, it's just dog poop.

Clearly, this commenter was not a trump fan either. This particular comment went on to claim that what Trump does daily is much worse than what the woman is doing.

Whatever the case, there are better ways the woman would have expressed her political opinions.

Having a political stand, however firm is excusable. But discriminating against those who have a different opinion is not.